A wild Melbourne Cup victory party has turned into a Covid-19 super spreader event with 26 cases now linked to the celebrations.

Infections linked to the cluster have almost doubled to 26 in the last five days.

It comes as photos emerged of prominent Melbourne identity Mick Gatto drinking vintage champagne out of the winner’s cup trophy at a celebratory lunch two days after the Melbourne Cup.

The underworld figure and media personality Eddie McGuire were sitting at an adjacent table to the Cup winning owners toasting their success at a high powered lunch at the acclaimed Flower Drum restaurant on Oaks Day.

The pair were spotted in the background of a photo of Verry Elleegant co-owner Brae Sokolski.

It’s understood one of the co-owners on Sokolski’s table knew Gatto and went over for a chat, taking the 2021 Lexus Melbourne Cup trophy with him.

Photos obtained by the Herald Sun show Gatto drinking from the trophy filled with 1998 vintage Dom Perignon, which costs $1250 a bottle at the Flower Drum.

Gatto was also pictured giving a cheers to the winning Melbourne Cup connections.

‘I don’t know him and it just so happens he was on that table behind us,’ Sokolski told the publication.

‘He was an absolute gentlemen to be honest and he didn’t want publicity and didn’t ask to be with the cup.’ 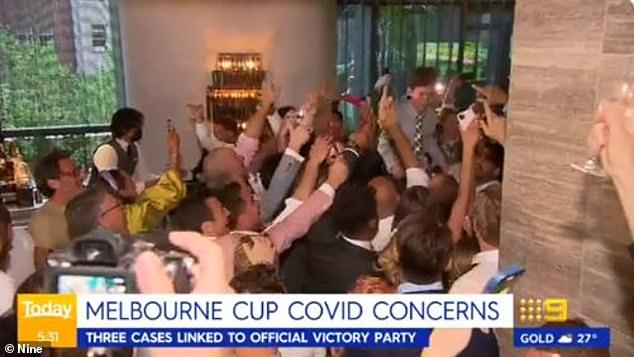 Old school mates of Sokolski are believed to now be infected from the November 2 celebrations at Society, as well as family members and close friends of other guests.

Pictures from the celebrations show people packed into the upmarket establishment, with many hugging and embracing after Verry Elleegant’s stunning win.

People can be seen laughing and deep in conversation scattered throughout the restaurant with minimal social distancing being practiced.

One reveller was pictured being lifted up into the air by other party guests, with other pictures showing people sharing finger food and swapping drinks.

Guests were seen singing and dancing into the night without wearing masks, which people must be wearing indoors in Victoria unless they are seated. 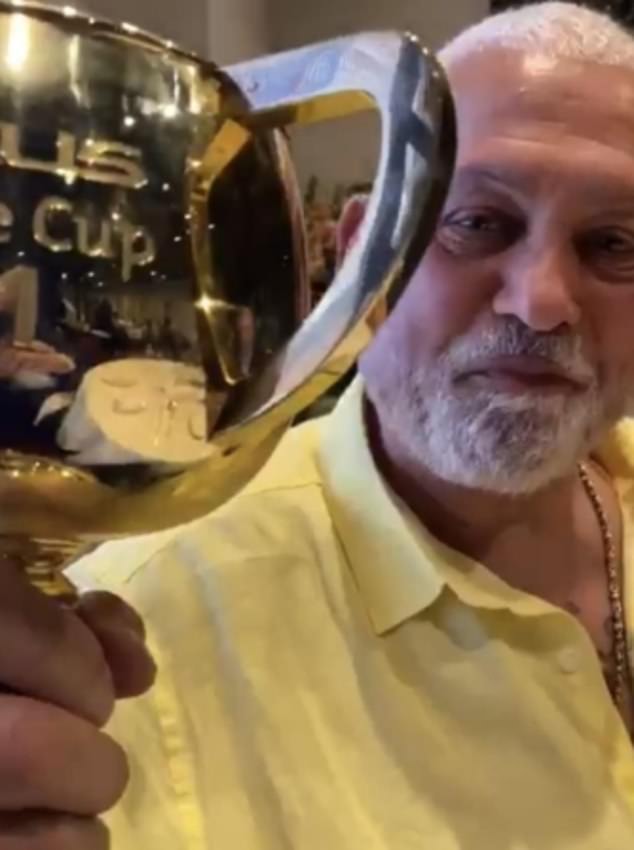 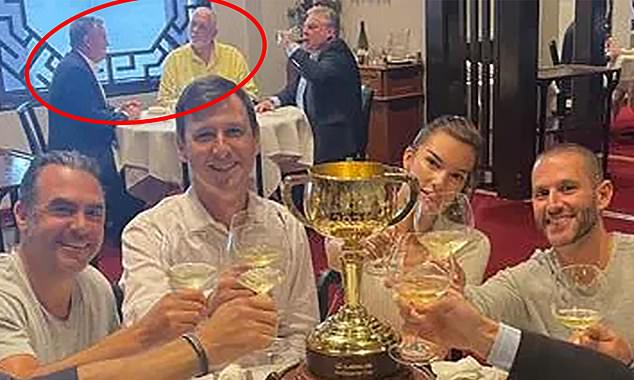 Melbourne Cup winning jockey James McDonald was also in attendance and drank from the famous trophy, which was being passed around the party for attendees to pose for photos.

As was Society restaurant owner Chris Lucas was also at the private event, along with his partner, creative consultant Sarah Lew, who later shared pictures from the party with her 10,000 Instagram followers.

Attendees were ordered to get tested and isolated days after Mr Kheir tested positive. 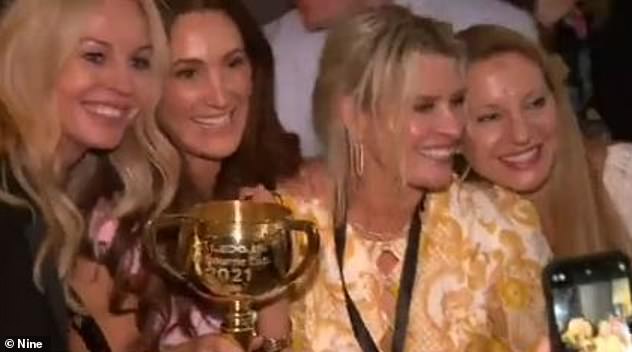 Guests at the post-race bash on November 2 were seen singing and dancing into the night without wearing masks, which people must be wearing indoors in Victoria unless they are seated

Mr Kheir remains in isolation at home and says authorities were unsure where he caught the virus.

‘You can’t go out unless you’ve been double vaccinated and we can expect to see a bit of COVID circulating in the community,’ he told the Today show last week.

‘We are perhaps seeing that out of the party. But it’s contained so far and certainly they have done the right thing and gone and get tested.’

Mr Sokolski, who hasn’t yet tested positive described the outbreak as a ‘storm in a teacup’.

‘I’m aware that there may have been some instances of positive tests … but that’s no one that I’m familiar with.’

Covid cases in Victoria continue to plummet after the state recorded 860 cases on Monday, the second consecutive day daily infections have dropped below 1,000. 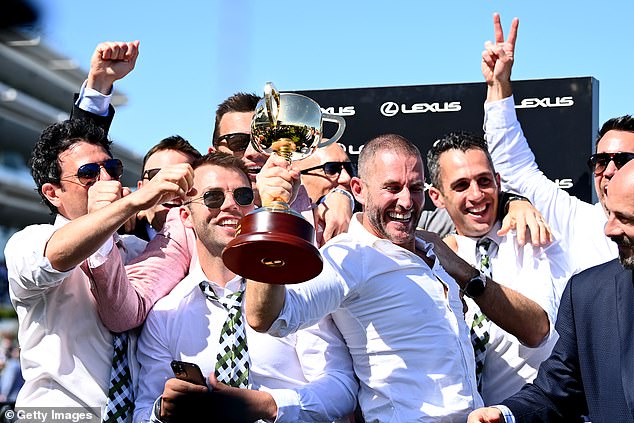