The president signed contracts totalling £9.46 million with four large consulting firms, despite France’s traditional pride for the quality of its vast civil service.

Within weeks of those deals, Mr Macron was receiving flak for falling behind Germany and Italy in the vaccine stakes – not to mention Britain which left them all in the dust.

The multi-million euro contracts signed with McKinsey, to help ensure that doses of vaccines could be transported across France, were not initially disclosed to the public.

When they did emerge, Mr Macron’s critics reacted furiously to what they perceived was an over-reliance on expensive private corporations, made more glaring by the government’s intention to keep the deals hushed.

The woeful European vaccine rollout has been exemplified by France which has only managed to administer doses to 5.88 per 100 people. This compares to 27.3 per 100 Britons, 6.41 Germans, 6.77 Spaniards and 6.12 Italians 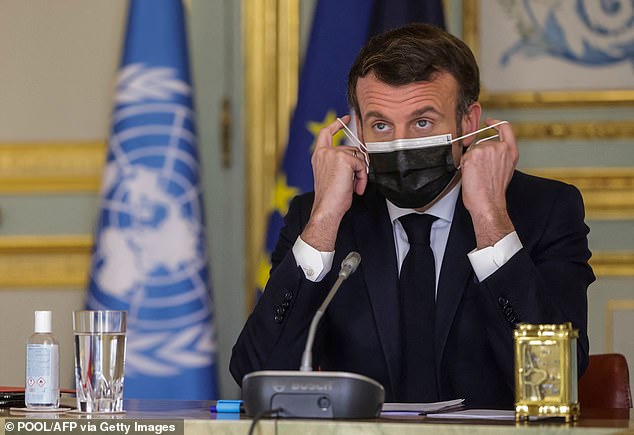 Conservative party Les Republicains wrote a letter to the president citing McKinsey’s recent £425 million pay-out to settle claims over its role in the opioid crisis in the United States.

MP Constance Le Grip tweeted: ‘What an admission of inefficiency and powerlessness! And all our state apparatus, what’s the use of it?!?!’

Her colleague Olivier Marleix said: ‘Absolutely staggering! What does McKinsey have to do with this? We have a Department of Health, a Department of the Interior and a Department of Defence in crisis management… As long as we know how to mobilise them.’

In addition to McKinsey, Paris hired IT consultancy heavyweight Accenture to oversee the vaccine campaign’s digital systems, Citwell, a French firm, and the French arm of JLL, a London firm, were hired to help with ‘logistical support and vaccine distribution.’

Prior to those deals being revealed, Mr Macron had already been bombarded with criticism for months over his handling of the pandemic.

He has angered sections of the public by imposing draconian lockdowns, including curfews and hefty fines for leaving home, while struggling to keep cases and deaths down compared to neighbours like Germany.

Polls showed that during the first lockdown last spring, the majority of Germans, Britons and Italians believed their governments were handling the crisis well, while two-thirds of the French believed the opposite about Mr Macron’s government.

Mr Macron, a former investment banker, is not the only European leader to hire private firms to aid in its Covid-19 response and Britain and the United States have also hired McKinsey.

London signed contracts worth £1.1 million with McKinsey so that it could support a task force advising ministers and to help determine NHS testing capacity.

In the US, federal, state and city agencies have awarded McKinsey contracts worth more than £70 million.

When the contracts came to light in January, the French government defended the decision saying that private firms ‘support from the private sector in addition to our civil servants’ expertise.’

Government spokesman Gabriel Attal said: ‘It’s in this context that we used [McKinsey]. As you know logistics … are central in the vaccination campaign.’

‘Consultancy firms have been used for several years by multiple governments when they elaborate and implement big projects requiring strategic or logistical support and advice,’ Attal said. 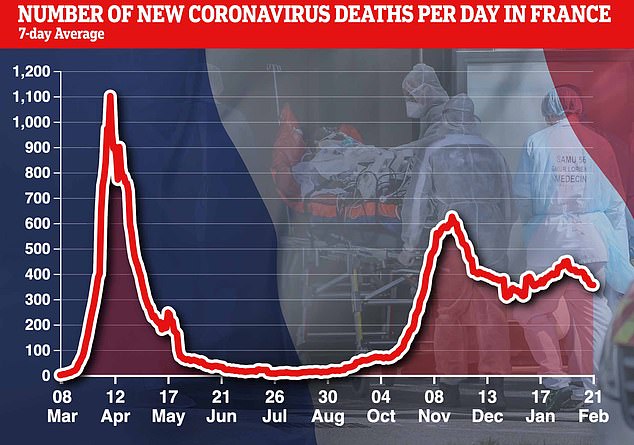 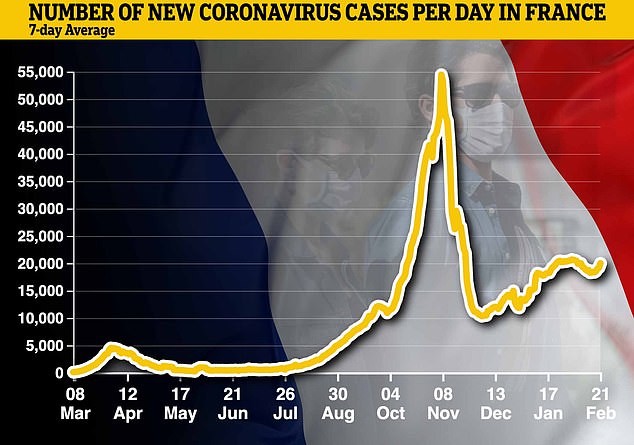 McKinsey has so far declined to comment on the furore.

But the spotlight on it and other expensive consulting firms has continued to grow as Mr Macron’s popularity suffers amid the pandemic.

Critics say the government has become overly reliant on consulting firms like McKinsey which lack accountability.

In 2018, Paris signed a £860,000 pooled contract with McKinsey which made the firm available to French agencies for them to call on if needed and which meant the agencies would not have to seek bids on the work.

The December contracts, and another signed last month, totalling £2.83 million, were part of that pooled agreement.

McKinsey agreed to help the government define distribution routes for the Pfizer and Moderna jabs which present logistical complications because they must be kept at extremely cold temperatures during transportation and while they are stored.

By the start of January, France had one million doses of vaccine ready to go, but they were not delivered quickly and Mr Macron’s rivals and the media were soon alive to that failure.

The French rollout was further dented by supply issues with the vaccine manufacturers – but this was a global problem.

It is not clear what role, if any, McKinsey had in France’s slow rollout. But herein lies the issue.

Frédéric Pierru, a sociologist and researcher at the French National Centre for Scientific Research, has studied the impact of consulting firms called in to support French healthcare.

He said that these companies use models which they have applied to other industries but which do not always transfer over effectively to public health.

‘Afterwards, the government doesn’t go back to evaluate whether what the consultancies did worked well or not,’ Mr. Pierru told The New York Times.

‘It’s too early to tell if McKinsey and others are adding value in this campaign,’ he added. ‘But I think we’ll never really know.’

Conservative politician Véronique Louwagie, who obtained the details of the contracts from the health ministry, said she wanted to ‘sound the alarm’ after her findings.

‘Generally speaking, hiring consulting firms doesn’t shock me too much,’ she told Politico.

But, she added, ‘the frequency bothers me, the acceleration [in recent months] too … The question today is: Is it normal for an administration such as the health one not to be able to fulfill a number of missions?’

Work for the public sector accounted for 10 per cent of profits for French consultancies in 2018, totalling £565 million.

Those figures put France ahead of Italy and Spain, which started recruiting consultancies many years before, but behind Britain and Germany.