NSW has recorded 961 new Covid-19 cases and nine deaths, as the state inches closer to a post-pandemic summer with relaxed restrictions.

Premier Gladys Berejiklian is set to announce further details later this week about what life will look like in NSW once 70 and 80 per cent coverage rates are reached.

On Sunday morning, she said at a press conference that 85 per cent of people had their first dose.

‘There is not long to go before New South Wales starts approaching that 70 per cent double dose figure,’ she told reporters.

‘I ask everybody to please hold the line, it’s really important we work hard now so that when we do start opening up at 70 per cent, we are able to do so safely and by bringing everyone together.’

Ms Berejiklian said the government is close to finalising a roadmap for when 80 per cent of people have had two jabs.

‘But also our roadmap as to when unvaccinated people will be able to participate in greater activity and we will be releasing back this week,’ she said.

October 11 has been pegged as NSW’s ‘Freedom Day’, but liberties will only be available to those who have been fully vaccinated.

Non-vaccinated residents will not be able to access the same freedoms until the end of the year.

When asked about the kinds of freedoms available for the fully vaccinated, Ms Berejiklian said life will not return to normal overnight.

October 11 has been pegged as NSW’s ‘Freedom Day’, but liberties will only be available to those who have been fully vaccinated. Pictured: A woman in Sydney 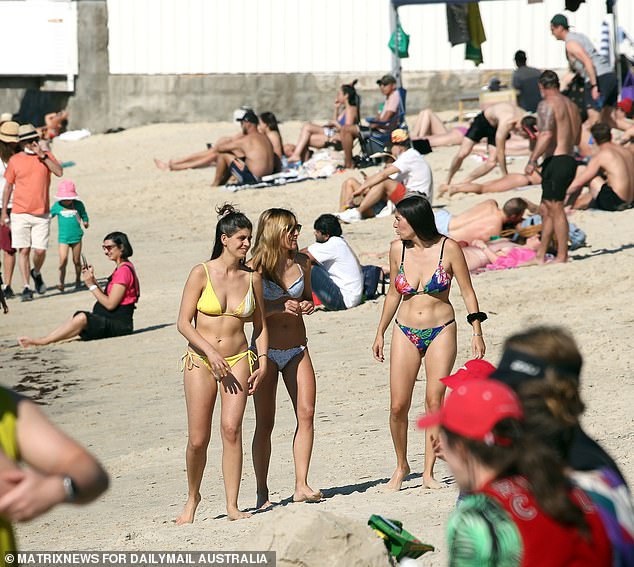 NSW is on track for 70 per cent of residents to be fully vaccinated by mid-October. Pictured: Women at the beach

‘While all of us would like to think once we get to that 80 per cent double dose it will be back to living without Covid, but it will not be, it will be a new Covid normal,’ she said.

‘But we will enjoy so many more freedoms than what we have today and we will all adjust our lives and I am confident because of the goodwill demonstrated by everybody that people will step up and take responsibility.’

She also said some communities could be locked down in the future if there are outbreaks in the area.

When asked whether people will have to be fully vaccinated to go to places like outdoor pools, she fumbled and defaulted to Dr Jeremy McAnulty from NSW Health.

He explained the risk of transmission in outdoor settings is much lower, and that rules are still being finalised.

‘Eight people were unvaccinated and only one received one dose of Covid vaccine,’ Dr McAnulty said.

Ms Berejiklian also said she was looking forward to welcoming thousands of Australians from overseas from mid-October.

‘I would feel very comfortable once we get to that 80 per cent double dose vaccination to have Sydney Airport be the gateway to our nation,’ she said on Saturday.

‘If airlines want to put on extra flights to Sydney that would be great, joy, it means more people can come home, and also in an affordable way.’

She said fully vaccinated Australians may be able to go on international holidays once the 80 per cent target is met. 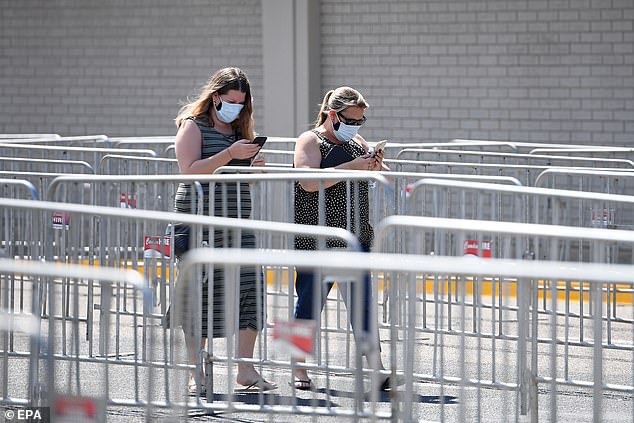 About 84 per cent of people in NSW have had one dose of a Covid vaccine. Pictured: People arriving at the South Western Sydney Vaccination Centre, at Macquarie Fields in Sydney 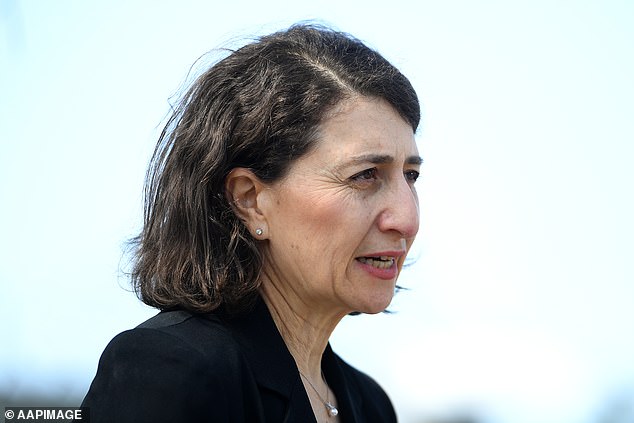 There were 1007 new cases reported on Saturday – more than half of which were in the coronavirus hotspots of western and southwest Sydney.

But authorities are also concerned about growing case numbers in the Illawarra, which saw 70 new cases in the 24 hours to 8pm on Friday.

Greater Sydney has now been in lockdown for more than 13 weeks, with some fun-starved residents giving marching orders after large crowds gathered at beaches in Bondi and Manly on Friday night.

Police issued three fines for public health order breaches and a number of a move-on directions as they dispersed revellers enjoying the warm weather in Manly.

Many parts of regional NSW are also subject to stay-at-home orders, as authorities battle the outbreak of the virulent Delta strain.

Australia hit 75.4 per cent first-dose vaccination of its 16-plus population on Saturday. 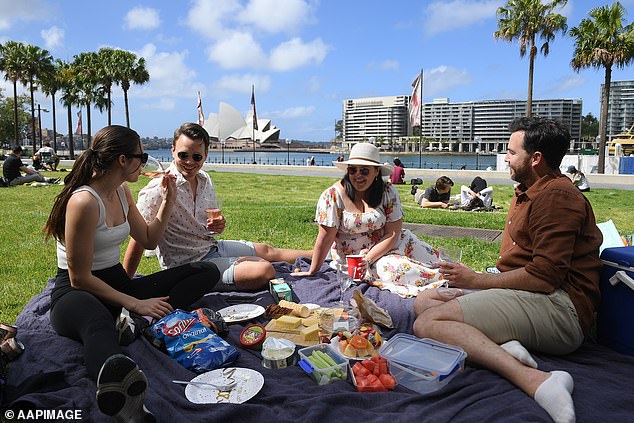 Fully vaccinated residents are allowed to picnic in groups of five in Sydney (pictured: people picnicking near Sydney Harbour

‘I’m pleased to report 75 per cent of the nation’s 16s and over, have rolled up their sleeves to receive a first vaccine dose,’ federal Health Minister Greg Hunt said on Twitter.

‘This means we have less than one million first doses to go before we hit 80 per cent.’

Minor easing of Covid-19 restrictions will be triggered in Victoria at the 80 per cent single-dose target, which is forecast to be hit mid-week.