Despite the rising cases, deaths in America have remained low, and data revealed by the Centers for Disease Control and Prevention (CDC) last week.

Rhode Island is now the leader in daily case rate, with America’s smallest state now recording 418 infections per every 100,000 residents every day. 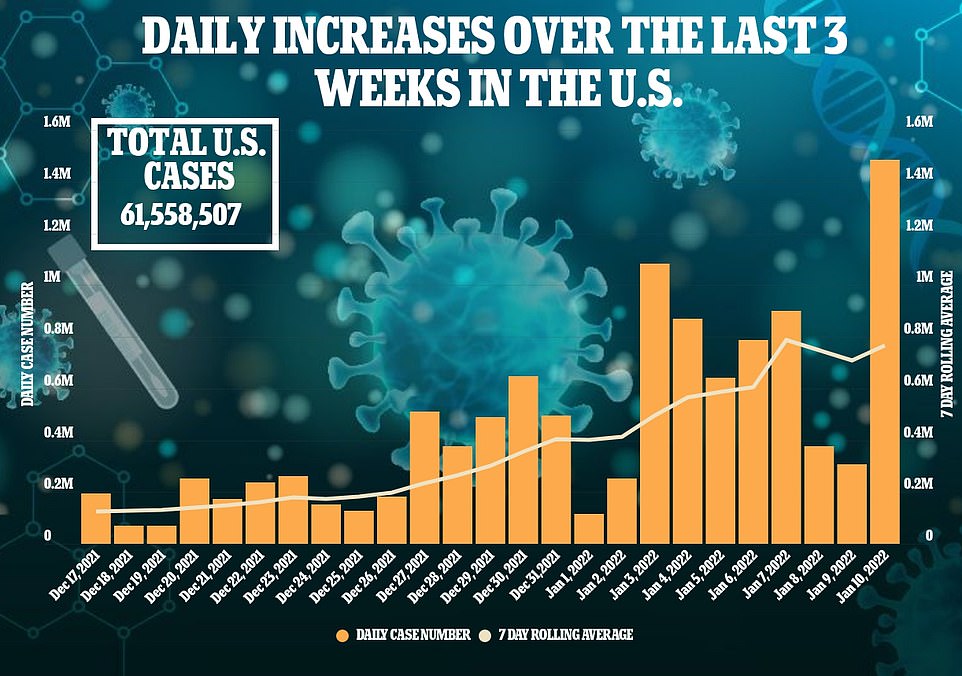 The state takes the dubious honor long held by New York and New Jersey. The Ocean state is recording a high volume of cases despite one of the highest vaccination rates in America, with 77 percent of residents having received their shots. Cases in the state have more that tripled over the past two weeks.

New York has the second highest case rate, with 379 of every 100,000 residents testing positive for the virus every day.

Right behind it is neighboring New Jersey, at 357 cases for every 100,000 residents. Both states have struggled more than any others with the Omicron variant, mainly because of the rampant spread of cases in New York City, and many commuting from the Big Apple into other parts of the state and into Jersey.

Massachusetts is the fourth and final state to be recording more than 300 cases per every 100,000 residents, with 354 of every 100,000 testing positive daily.

All four of the states dealing with the highest case rates in America have vaccination rates over 70 percent, showing the ability for the now dominant Omicron strain to evade protection provided by the jabs.

According to most recent CDC data, the variant now accounts for 98 percent of new cases in the U.S. As a testament to the vaccines, and their ability to prevent death in cases of breakthrough infection, none of the states recording the most cases find themselves among the state with the 15 highest death rates.

While northeastern states are recording the highest case rates, the actual growth in Covid cases in those states has slowed.

Many of them were hit early by Omicron, experiencing surges of the variant in early to mid-December. The variant already seems to be losing steam, though, and growth is slowing.

Some experts are hopeful that the peak is being neared for the hardest struck states so far, and cases will soon begin to decline.

Cases are rampantly rising elsewhere in the country, though, as the variant leaves the northeast and starts its tear elsewhere.

The U.S. South has become the most recent hotspot for the virus, and lower vaccination rates in the region have allowed it to spread even faster than it did in their peer states up north. 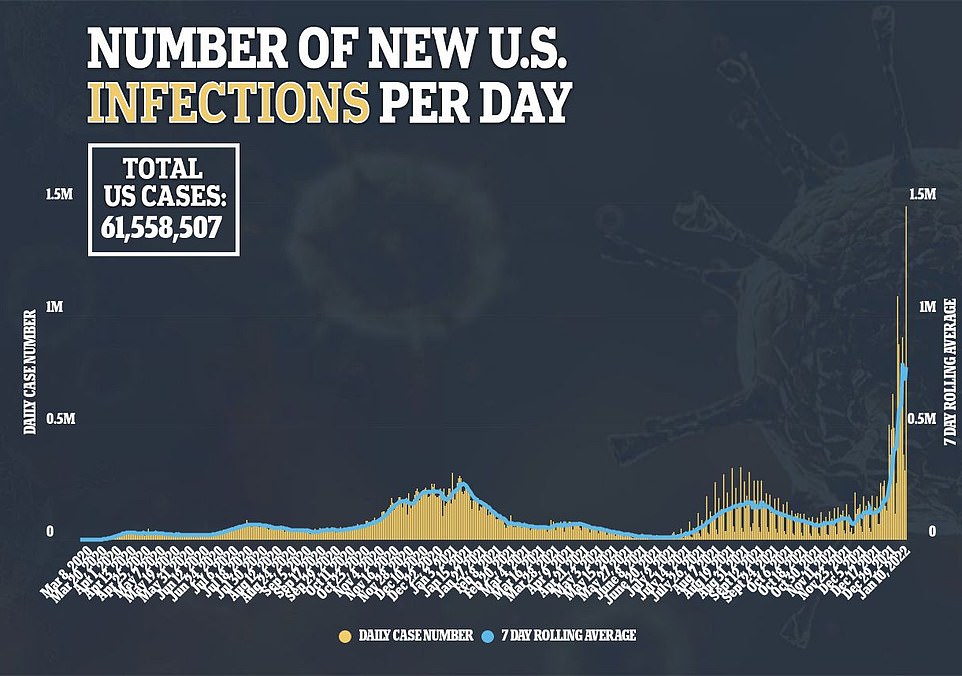 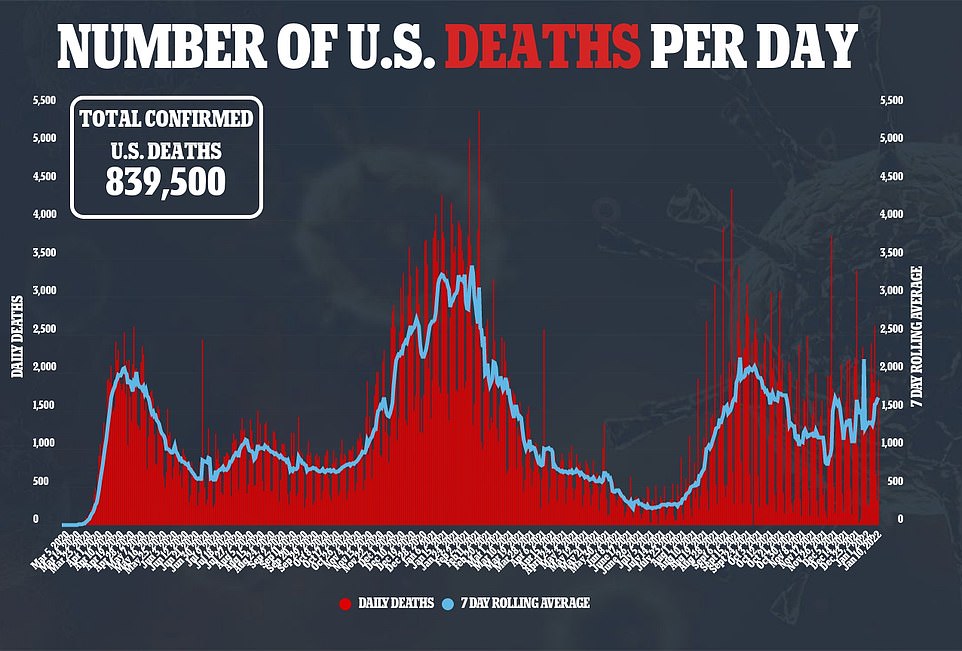 The West coast is getting slammed by the recent Omicron outbreak as well. States that had their situations largely under control only weeks ago find themselves undergoing huge case surges as well.

California has seen its cases increase nearly seven-fold over the past two weeks, up 597 percent in 14 days. To the north, Oregon has experienced similar growth of 577 percent.  Utah has also experienced a 570 percent increase during the same period.

The Midwest and great plains first dealt with Covid surges in October, as early cold weather months struck them harder than the rest of the nation. Cases quickly declined afterwards, though, and it looked like winter would not be as brutal for the region as everywhere else at some points.

Case trends have quickly reversed, though. Now, states like Montana (469 percent growth over the past two weeks), Wyoming (466 percent) and South Dakota (413 percent) find themselves among those with the highest case growth in the country.

The states experiencing the most cases, or the most case growth, are not those that are bearing the burden of deaths, though.

Indiana is currently experiencing the most deaths in America by a large margin. The Hoosier state is the only one to record more than 1.2 deaths per every 100,000 residents, at 1.51.