EXPRESS INFORMER > News & Politics > Covid-19 will not be eradicated and will return become a seasonal virus, Chinese scientists predict

Covid-19 will not be eradicated and will return become a seasonal virus, Chinese scientists predict

The coronavirus that is ravaging the globe will not be eradicated and will instead return as a seasonal virus like the flu, according to Chinese scientists.

A group of Chinese viral and medical researchers told reporters in Beijing on Monday that the virus will likely not disappear like SARS did because it can infect asymptomatic carriers.

This means that people can spread the virus without experiencing its symptoms like a fever and cough, making it difficult to track its spread.

The researchers added that Chinese health officials are still confirming dozens of asymptomatic carriers every day.

A medical worker cares for a coronavirus patient in Wuhan. Chinese researchers have now warned that the virus could become a seasonal illness like the flu 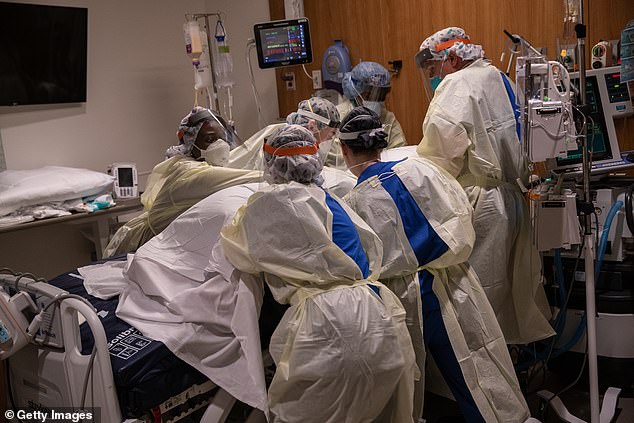 Jin Qi, director of the Institute of Pathogen Biology at the Chinese Academy of Medical Sciences, said: ‘This is very likely to be an epidemic that co-exists with humans for a long time, becomes seasonal and is sustained within human bodies.’

Doctors across the world have admitted that the virus is unlikely to be completely eliminated, despite lockdowns and other strong measures being enforced in several nations.

According to Bloomberg, the Chinese researchers also revealed that they saw no evidence that the virus’s spread will slow during the summer.

There was some hope that higher temperatures could help to curtail the spread of the virus in the northern hemisphere.

However,  Wang Guiqiang, head of the infectious diseases department of Peking University First Hospital, said: ‘The virus is heat sensitive, but that’s when it’s exposed to 56 degrees Celsius for 30 minutes and the weather is never going to get that hot.

‘So globally, even during the summer, the chance of cases going down significantly is small.’ 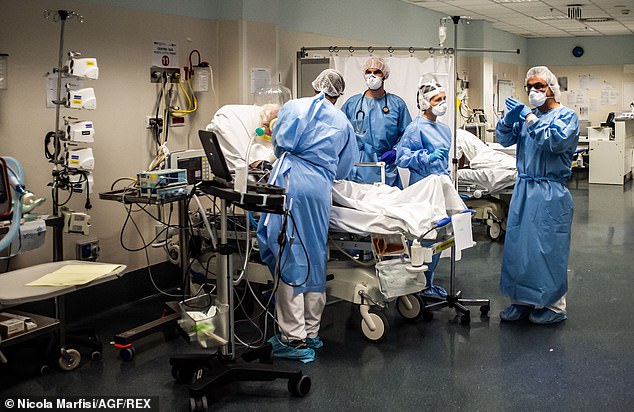 Emergency room in the Papa Giovanni XXIII Hospital in Bergamo, Italy. Researchers say the disease will not be truly eradicated 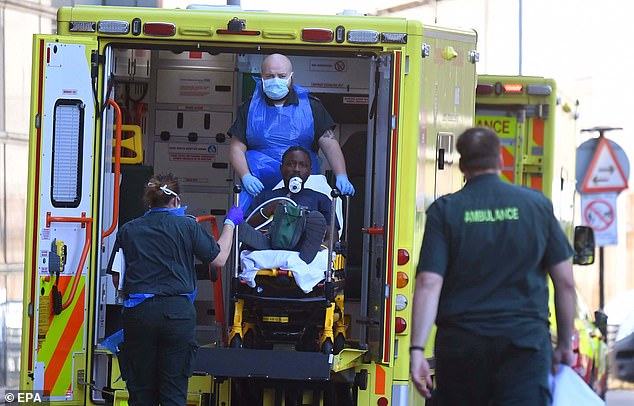 Paramedics deliver a patient to the Royal London Hospital in London. Chinese researchers also revealed that they saw no evidence that the virus’s spread will slow during the summer

Last week, Bill Bryan of the US Department of Homeland Security presented a report that sunlight may kill the coronavirus on surfaces within minutes.

It suggested that radiation given off by UV rays can damage the virus’ genetic material and hamper its ability to replicate on surfaces. There is no evidence UV rays can kill the coronavirus in the body.

Mr Bryan’s report triggered a bizarre outburst by Donald Trump who proposed two dangerous new treatments, which included injecting cleaning agents in the body and the use of ultraviolet lights.

Leading scientists rubbished the use of UV rays as a therapeutic, and begged the public to not expose themselves to harmful radiation, proven to cause skin cancer.

Makers of disinfectants also rushed out emergency statements warning people not to consume them in any way.