Covid was November’s biggest killer: Official figures reveal coronavirus was to blame for 18% of all fatalities in England last month – as interactive map reveals the pandemic death toll in YOUR area

Covid-19 was the number one cause of death in England and Wales last month, with one in every six deaths caused by the coronavirus, and it has been the second biggest killer in 2020 so far.

An Office for National Statistics report today revealed that 18 per cent of people who died in November had Covid-19, which was higher than for any other single illness for only the second time since the pandemic began.

May was the last time Covid killed more people than anything else.

Dementia and Alzheimer’s disease, categorised together, are the only illness to have caused more death than Covid-19 this year. They remain the top cause of death and have been since 2015.

A total of 8,686 people died of Covid-19 in November in England, the ONS said, while the total number who died with it – some had their main cause of death listed as something else – was 9,867.

Although this total is the highest since the spring, it is less than a third of the 28,013 people who died of Covid-19 in April at the peak of the second wave. Second worst was May, when 11,406 were killed by the virus, with November third.

For Wales, November was worse than May and had 726 deaths compared to 599 – though it remained lower than April’s 1,368. Cases are still rocketing in Wales, with the per-person rate doubling in the past month, suggesting the country could be heading for a second wave comparable to its first if infections aren’t brought under control.

The data show that people living in low income areas are three times more likely to die of Covid-19 than those in the wealthiest parts of the country.

Coronavirus was the leading cause of death in England by a significant margin, accounting for more deaths than it has in any month since May, Office for National Statistics figures show 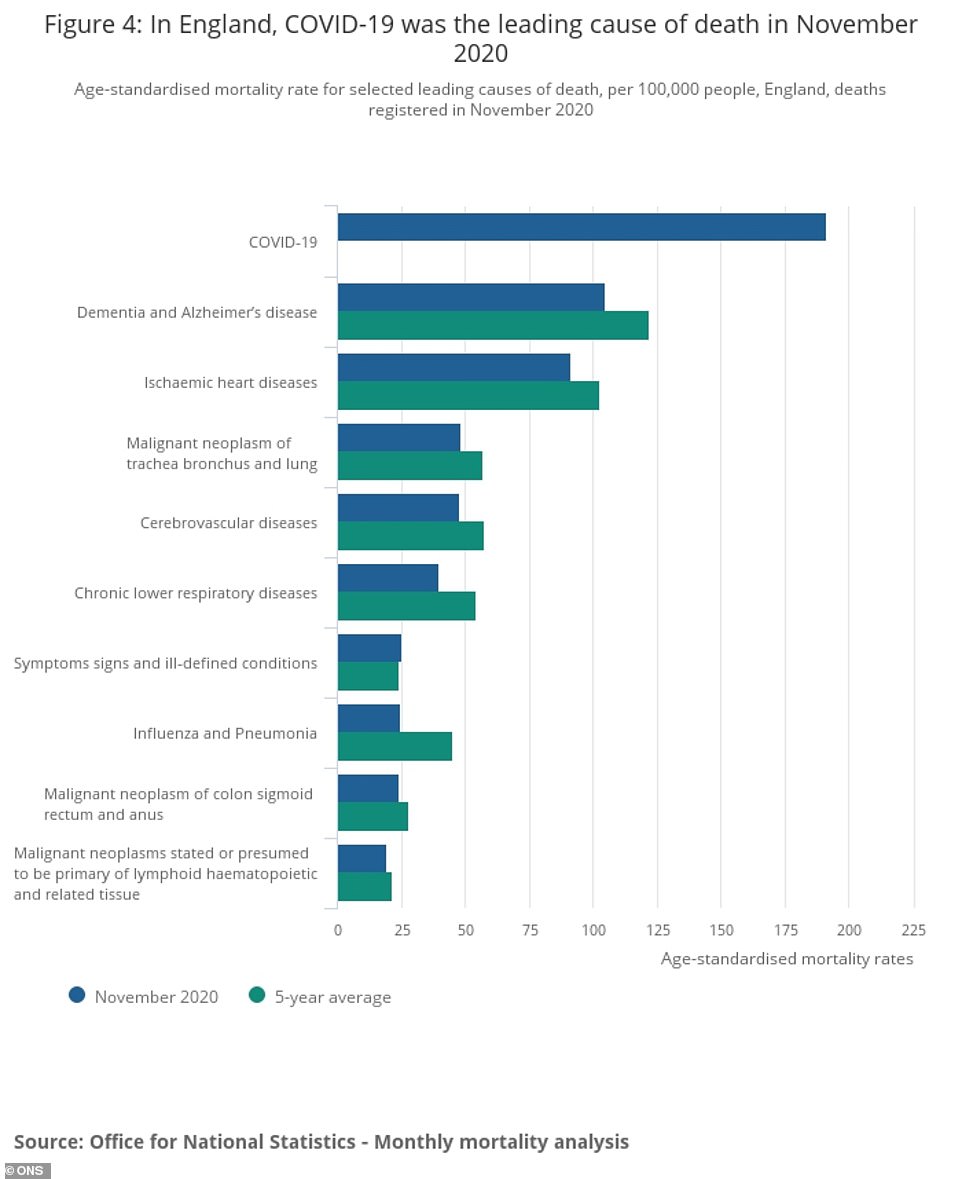 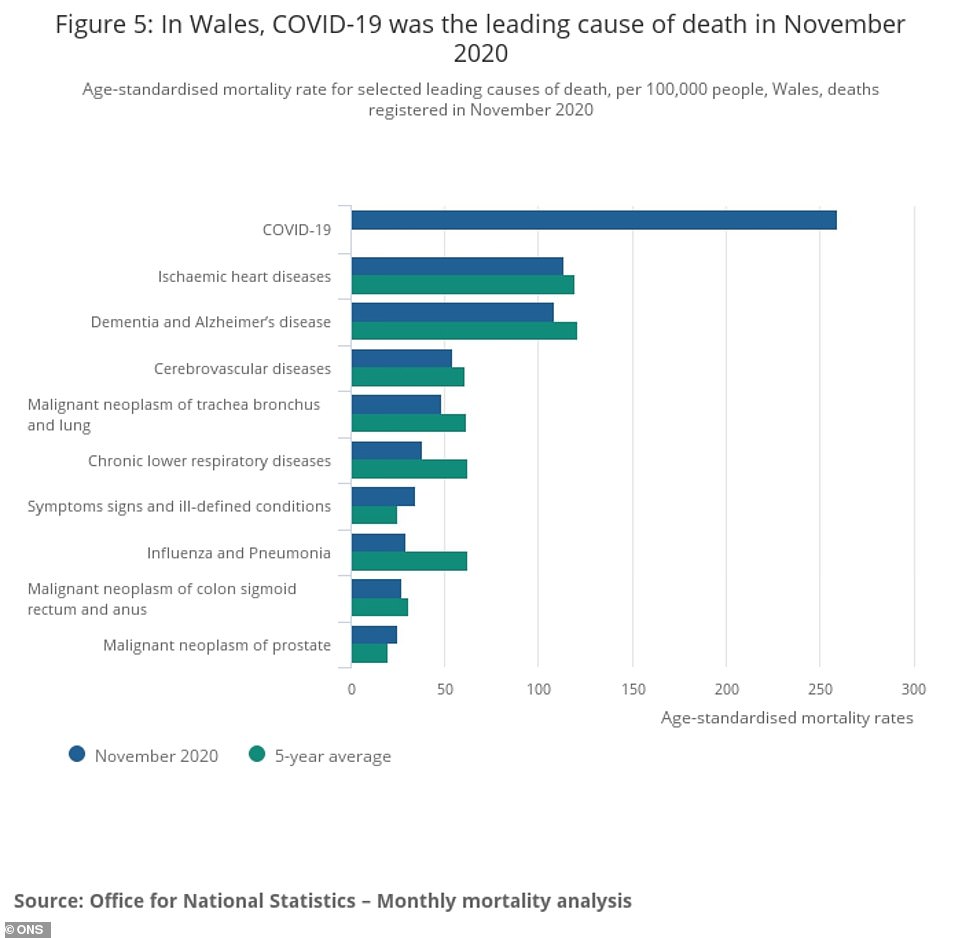 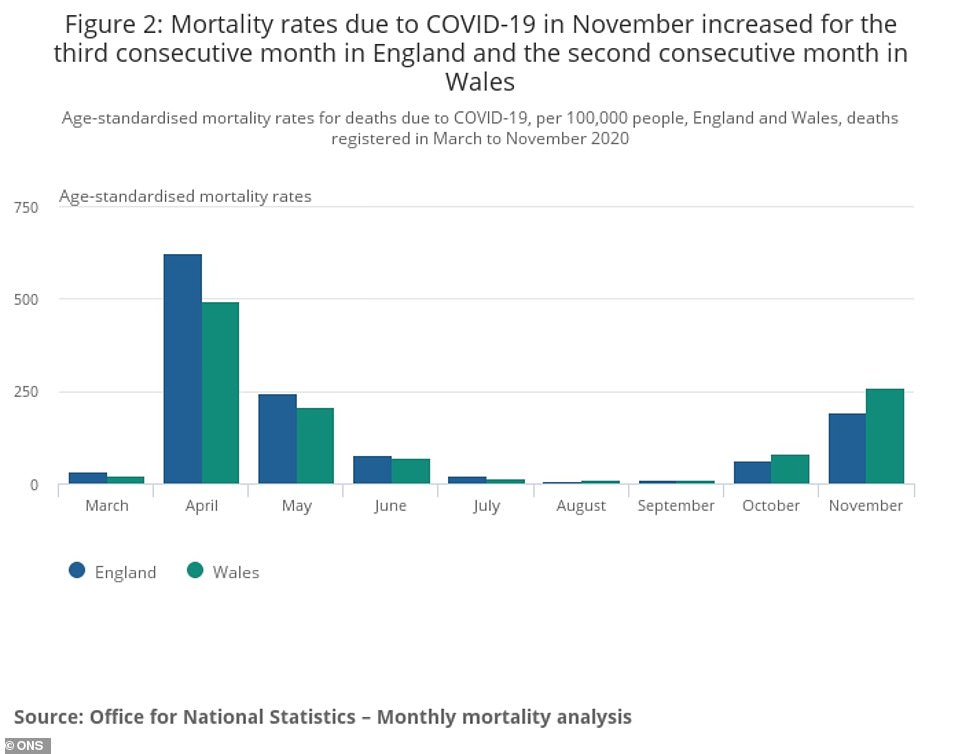 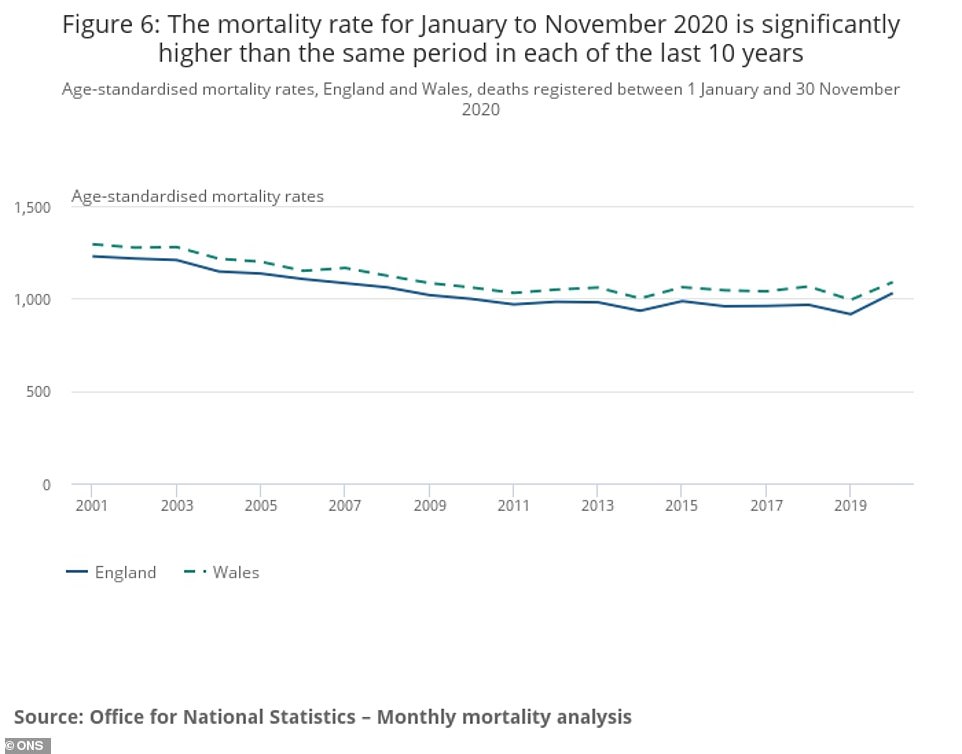