Sweden now has a higher Covid-19 infection rate than both France and Britain after shunning lockdowns in favour of a ‘herd immunity’ approach to the pandemic.

Hospital admissions for coronavirus patients have almost doubled each week in Sweden, with the country recording 208,295 cases and 6,406 deaths since the outbreak began.

Though this is far fewer than in Britain, Spain and France, the per capita infection rate in Sweden has now far surpassed all three nations.

Today, Sweden reported 393 cases of Covid-19 per million people, while Britain and France confirmed 337 and 324 respectively.

Sweden also has much higher infection rates than Norway, with daily case totals doubling in a fortnight and hospitals filling up faster than any country in Europe.

Pictured: How Sweden’s daily Covid-19 cases per million compare to the UK, France and Spain 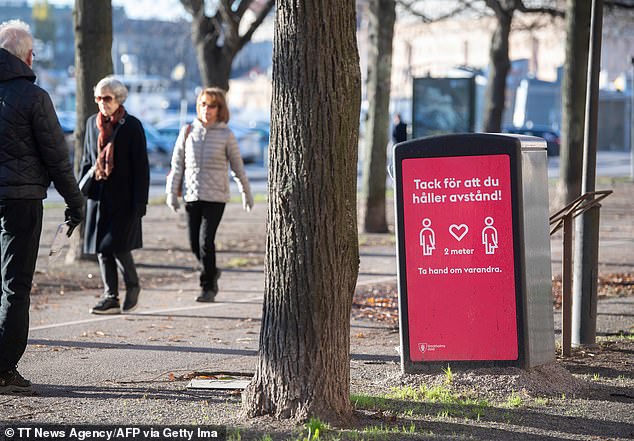 Sweden now has a higher Covid-19 infection rate than both France and Britain after shunning lockdowns in favour of a ‘herd immunity’ approach to the pandemic. Pictured: People in Stockholm, Sweden today

The number of Swedes in intensive care with coronavirus is doubling each week, The Sun reported, and is far higher than in Austria and Slovakia.

Goran Hansson, the head of the Swedish Royal Academy of Sciences, has warned the situation in Sweden is ‘serious’ with the number of cases increasing at an ‘accelerating speed.’

He added: ‘Intensive care units are not yet at maximum capacity but these wards may become full soon if the current trend is not broken.’

However, health authorities in Sweden have insisted: ‘We don’t see that we are at a point where we might recommend general use of face masks on public transport.’ 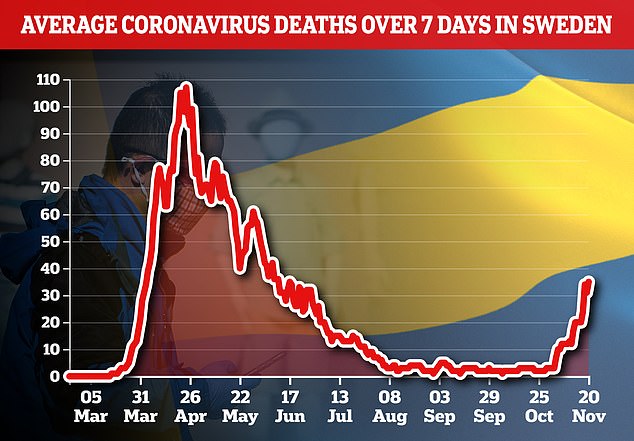 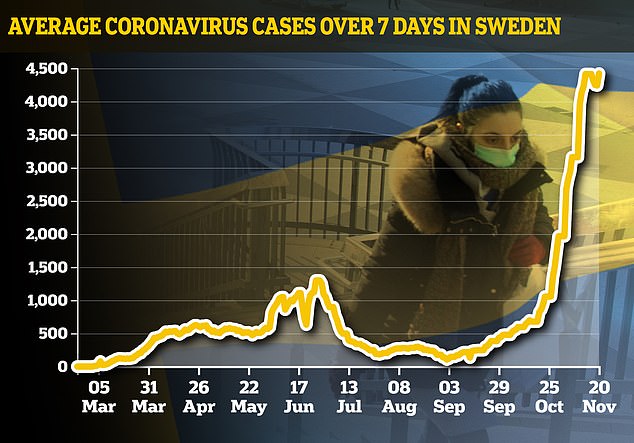 Sweden was left unprepared for a second wave of coronavirus due to ‘wishful thinking’ by its top virus expert, his predecessor has said (pictured, seven-day average infections in Sweden)

Karin Tegmark Wisell, head of the Public Health Agency in Stockholm, added: ‘Face masks shouldn’t be used as an excuse not to keep a distance.’

On Monday, Sweden’s former state epidemiologist warned the country has been left unprepared for a second wave of coronavirus because of ‘wishful thinking’ by its top virus expert.

Annika Linde said Anders Tegnell got it wrong when he predicted that ‘herd immunity’ built up over the summer would protect the country when winter came.

This approach has seen cases and deaths soar, and on Monday forced Prime Minister Stefan Lofven to announce that gatherings would be limited to a maximum of eight people.

Mr Lofven said Swedes should also avoid going to gyms and libraries, and cancel any dinner parties they had planned.

‘This is the new norm for the entire society,’ he said. ‘It’s going to get worse. Do your duty and take responsibility for stopping the spread of the virus.’ 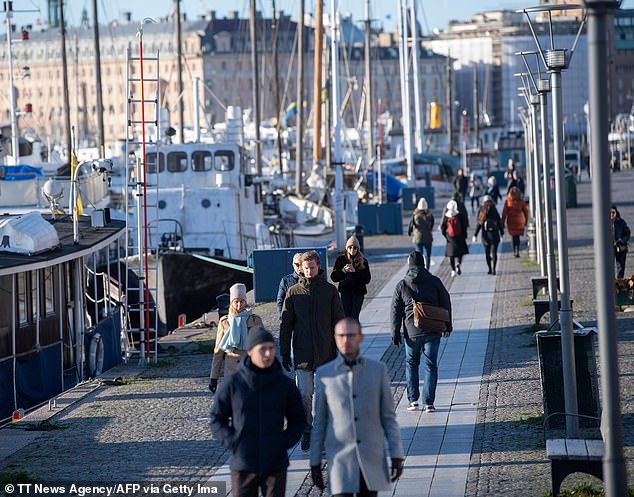 Hospital admissions for coronavirus patients have almost doubled each week in Sweden, with the country recording 208,295 cases and 6,406 deaths since the start of the pandemic. Pictured: Stockholm today 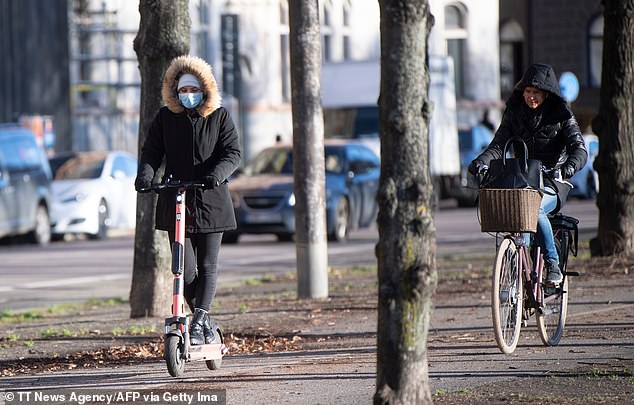 The new limit on gatherings, until now set between 50 and 300 people depending on the event, will come into force on November 24.

It does not affect gatherings in private homes – because the government does not have the authority to ban those – but ministers have advised against socialising with anyone from outside your household.

Speaking about the situation in Sweden before the announcement, Linde told The Telegraph: ‘Wishful thinking – when you don’t believe in the worst scenario – has been guiding Swedish decisions too much.

‘The Swedish authorities have been slow all the time. Instead of being proactive, they’ve run after the virus, and the virus has been able to spread too much before they take action.’

Tegnell had boasted over the summer that Sweden’s lockdown-free virus strategy was seeing cases fall because people were developing natural immunity.

He predicted that the country would therefore be better protected in winter than countries such as Norway, which had imposed lockdowns.

But last week he was forced into a humiliating climbdown, admitting that ‘the development has been different from what we believed in the summer.’

Linde said the government should have begun preparing for the second wave in late summer, by cracking down on large gatherings and insisting on mask wearing.

This would have reduced the number of ‘seeder’ cases among the population as autumn arrived, when respiratory infections typically circulate much faster.

Instead, it took until October 20 before Tegnell issued the first set of local restrictions, a move that Linde said left the government on the back foot.

Those restrictions have now been applied across much of the country, with a nationwide ban on alcohol sales due to come into force on Wednesday.

Tegnell has already raised the prospect that measures will have to go further, suggesting that travel bans could be in place over Christmas.