Chef Courteney Cox! The Friends actress gets busy in the kitchen as she whips up Ree Drummond’s hamburger soup

Courteney Cox showed off her cooking skills on Wednesday as she took to Instagram to share a new video.

The actress was casually dressed in a long-sleeved black shirt and charcoal-colored jeans as she walked viewers through the steps.

Courteney in the kitchen: Courteney Cox showed off her cooking skills on Wednesday as she took to Instagram to share a new video

The mother-of-one, who was formerly married to David Arquette, showed she knows her way around the kitchen as she expertly chopped the long list of ingredients.

‘Hamburger soup, bun on the side,’ she opened the lengthy caption, before listing the necessary food items.

Giving her supporters detailed information for how to make the dish at home, she included all the exact measurements. 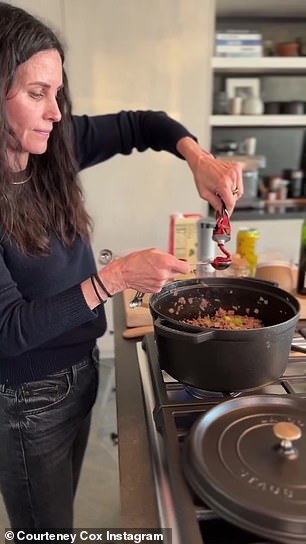 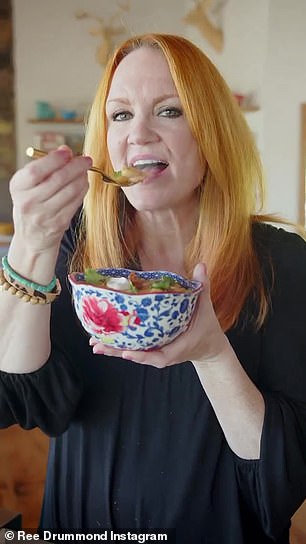 The TV star’s dark locks were styled in a center part and fell over her chest in loose, natural waves.

She wore dangling, round, silver-toned earrings, which showed as she tucked the front of her hair behind her ears.

Cox’s detailed video was soundtracked by an instrumental version of the late Amy Winehouse’s 2006 hit You Know I’m No Good.

The first step of the recipe was to, ‘Brown the meat in a large pot over medium-high heat, with the onion, celery, and garlic,’ according to Courteney’s caption.

Next, she instructed fans to, ‘Remove the pot from the heat and drain the fat.’ 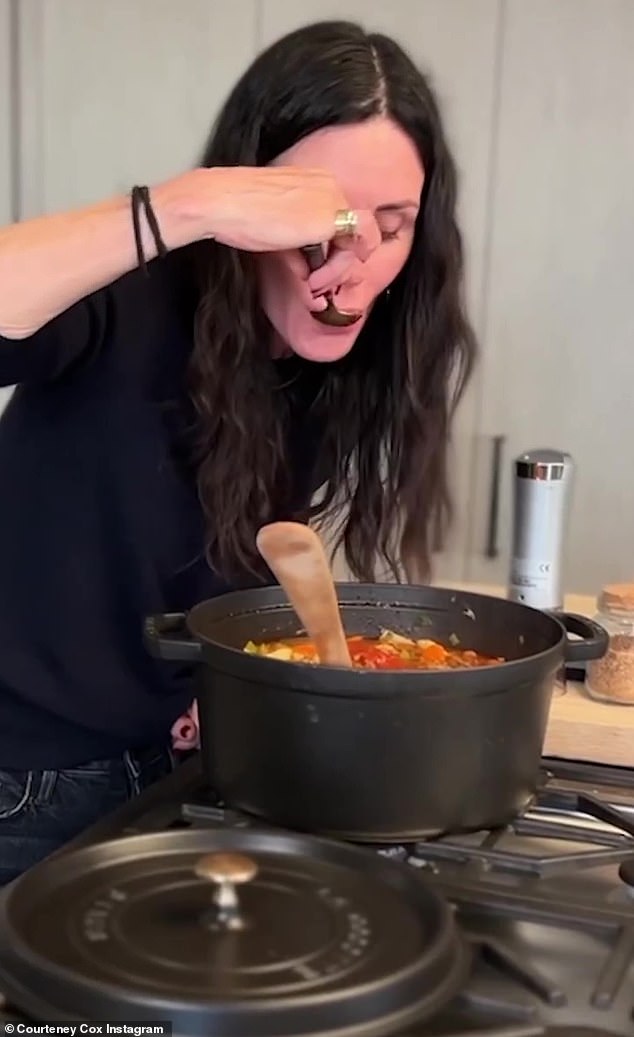 Taste test: Courteney used a spoon to try out the soup as she added finishing touches

She began the video by leaning on her kitchen island as she stated, ‘I’m going to make hamburger soup.’

The siren added emphatically, ‘It takes 45 minutes and it’s delicious,’ before getting into the first step of dicing the ingredients.

With a glossy, crimson-hued manicure the longtime entertainer showed off kitchen equipment that helped her mince and dice her different food items.

At the end, she tasted the product of her hard work, licked her lips, and said, ‘Mmm! Where’s the bun?’

The star made sure to give credit to Ree, thanking her at the end of the caption as she wrote, ‘Thank you @thepioneerwoman!’ 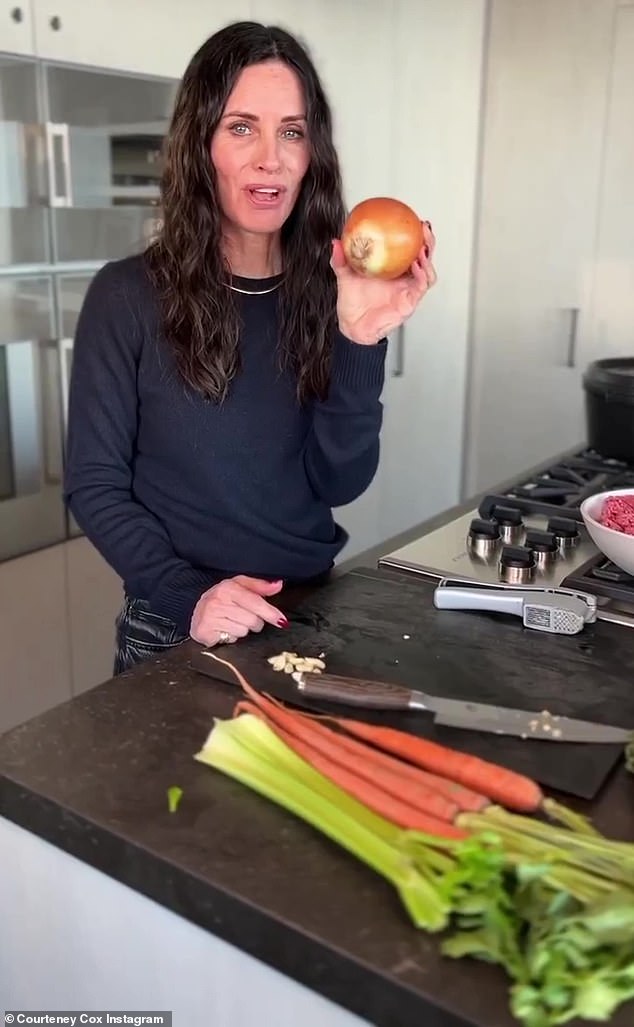 Relaxed look: The actress was casually dressed in a long-sleeved black shirt and charcoal-colored jeans as she walked viewers through the steps