A couple have described how their romantic getaway turned into a nightmare when they discovered their hotel was a building site.

Bobby Mayamey and his fiancée Stephanie Day had planned to spend a relaxing week in the Lake District as a mini-moon before they went abroad for their honeymoon.

When their wedding plans were postponed due to Covid, they decided to treat themselves and go ahead with the trip to the Aphrodite Hotel in Bowness last week.

But within 24 hours, their romantic getaway was ruined when they discovered their room was just metres from a building site with workmen walking past their window and a strong smell of oil that left them with headaches.

The couple say they were then forced to fork out thousands of pounds on a last minute booking at an alternative hotel.

Mr Mayamey said: ‘We arrived last Thursday and had planned on staying until Sunday but because the first 24 hours were such a disaster we ended up leaving that hotel on Friday.’ 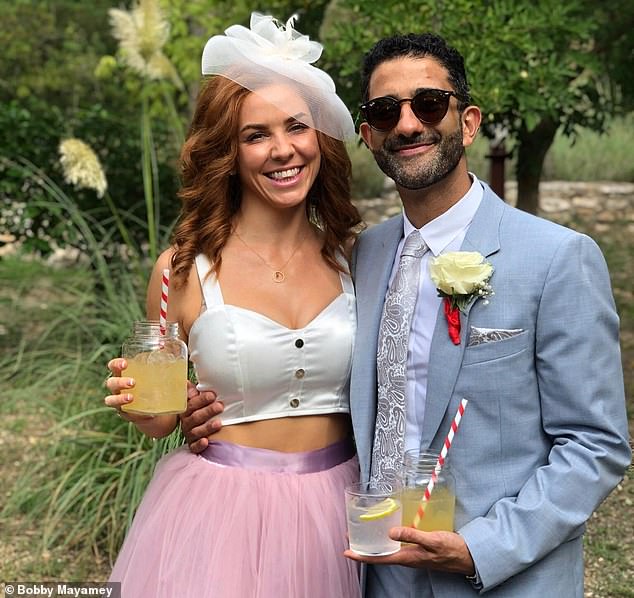 The couple, who were forced to postpone their wedding due to Covid, were looking forward to the break but ended up hundreds of pounds out of pocket when they had to find another hotel

Civil servant Mr Mayamey said that when they first arrived, they realised their room was tucked away in the corner which is what they were expecting.

But he added: ‘When we got into the room we immediately wondered if it was the right one because it was very dark and dingy.

‘It was supposed to be a luxury boutique resort but there was this tall fence they had put up outside the window to block the view of the building site which meant there was very little light.’

The 37-year-old said he immediately called reception and as he was on the phone, he was drowned out by the drilling noise coming from the building site.

He added: ‘When I went into the garden, they had put up felt so people working on the site wouldn’t see you in the hot tub which was dirty when we arrived.

‘It looked shocking. If they had used bamboo or something it might have been OK but the felt just made it look tacky.’ 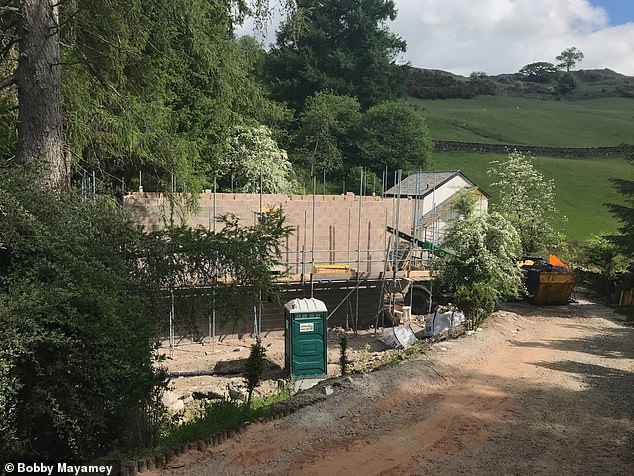 Pictured: The building site which was metres from the couple’s hotel room in the Lake District 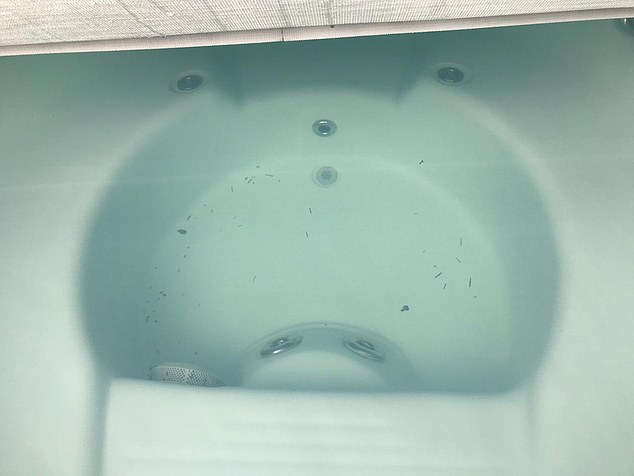 The couple also had workmen walking in close proximity to the French windows which led from their room to the garden.

Mr Mayamey said: ‘It was impossible to enjoy a tranquil retreat when we were about 10 metres away from a building site.

‘It has been a tough year, as it has for everyone, and we both decided we needed a break and this was supposed to be relaxing.’

Things only got worse the following day when the couple woke up to a strong smell of oil and they both had ‘pounding headaches’.

‘I was woken up at 8am to the sound of the builders’ music and noticed this strong smell of kerosene.

‘That’s when I thought I’m not staying here another night.’ 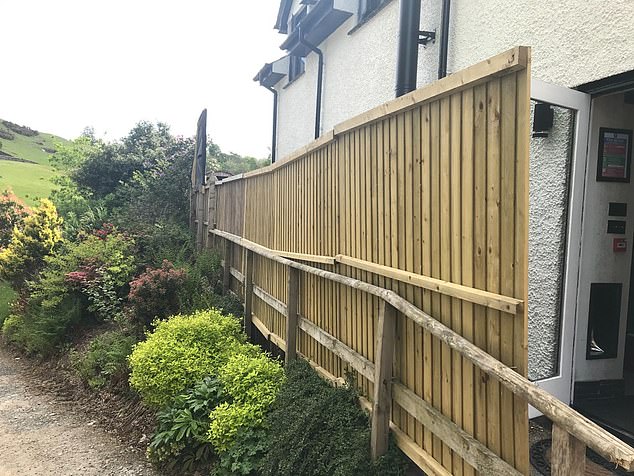 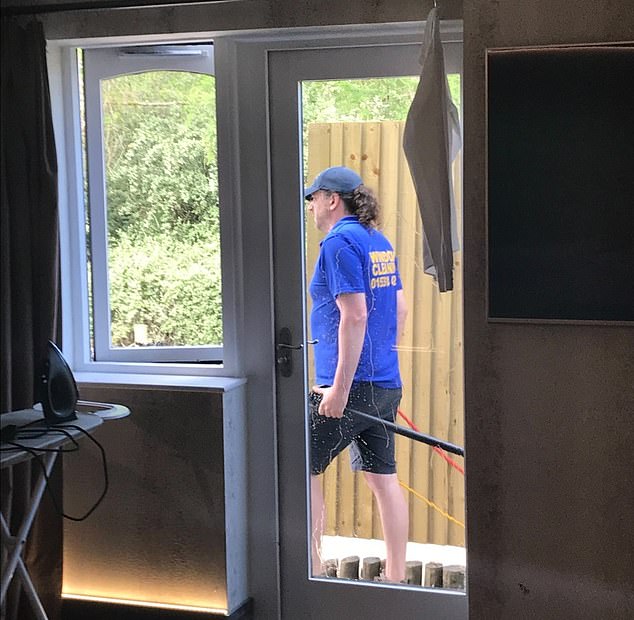 The couple were originally offered a 20 per cent refund by the manager, whom Mr Mayamey described as apologetic.

After complaining to the director of the hotel, whom Mr Mayamey says then offered them a full refund and directed them to leave, the couple were forced to ring round to find an alternative.

‘The hotel left us high and dry. Because everyone had had the same idea and because it’s the Lake District, most places were fully booked,’ Mr Mayamey added.

Eventually, the engaged couple found the Belsfield Hotel in Bowness which could put them up at a cost of £450 a night – considerably more than the £750 total they had paid to stay at the Aphrodite Hotel.

Mr Mayamey said: ‘Quite literally, that was the only option we had so we ended up spending about £2,000 over what we had originally planned to spend – that’s my entire summer budget gone.’

The couple are planning to get married in August but do not have a honeymoon booked due to the uncertainty surrounding travel during the pandemic. 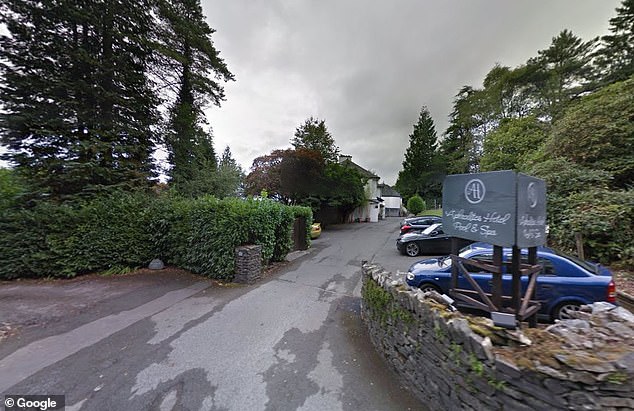 Ryan Parker, front of house manager at Aphrodite Group, said: ‘That isn’t our normal standard of service that we provide as a company to our guests, we want people to enjoy their stay.’

Mr Parker said the smell of oil was not due to a leak or spill.

He added: ‘Our boilers had just been filled up – that’s where the smell possibly came from.’

A spokesman for South Lakeland District Council said: ‘An SLDC officer visited the premises to investigate on the day the complaint about a smell of oil was made and found no evidence of any statutory nuisance or any danger to public health.’