A couple born next door to each other in 1927 are now celebrating 73 years of marriage.

Victor and Glennis Holvey, both 93 and from Bristol, didn’t know each other well in spite of growing up as neighbours.

They ‘officially’ met at a dance in 1944 – after which romantic Victor, known as Vic, walked his date home to find he occupied the adjacent house.

Victor and Glennis Hovley, 93, from Bristol, are celebrating 73 years of marriage. The pair met officially in 1944, but had been neighbours this whole time aged married aged 20 (pictured on their wedding day in 1947) 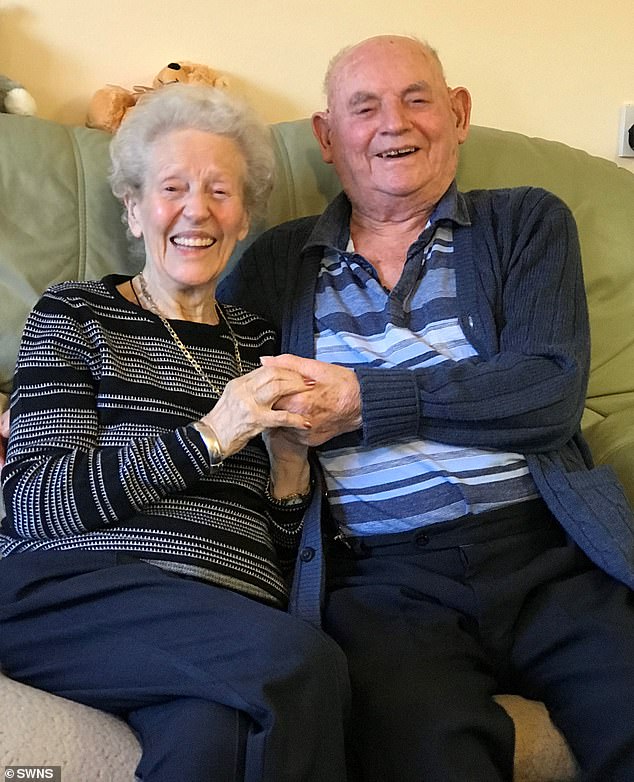 The pair, now both 93, then married in 1947 and haven’t looked back since, now living together in a care home in the city.

Glennis said: ‘I remember the night we met like it was yesterday. Victor had arranged a fabulous dance at Barton Hill, it was great!

‘We danced all night together and then he walked me home – it turned out he was my neighbour.’ 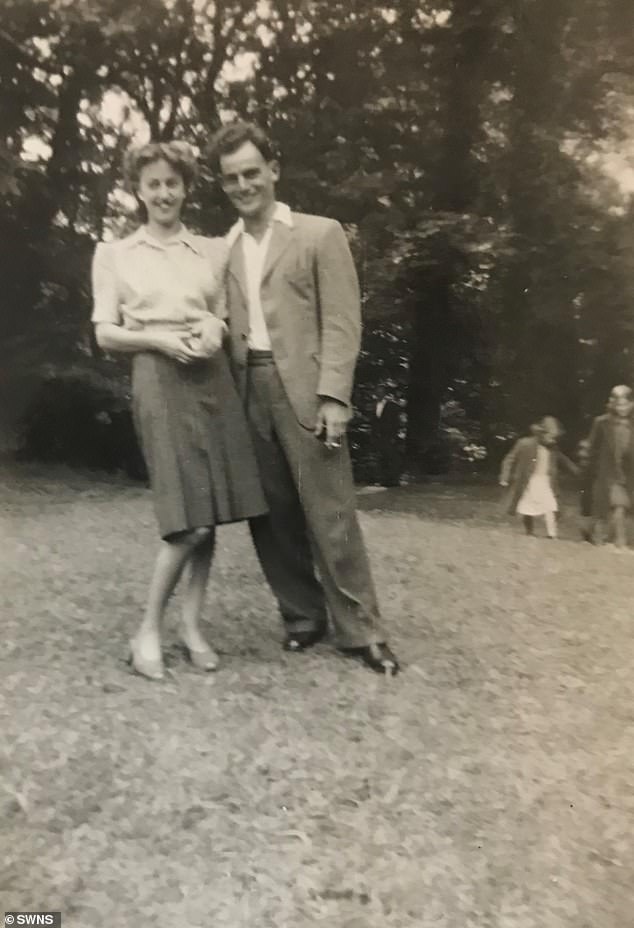 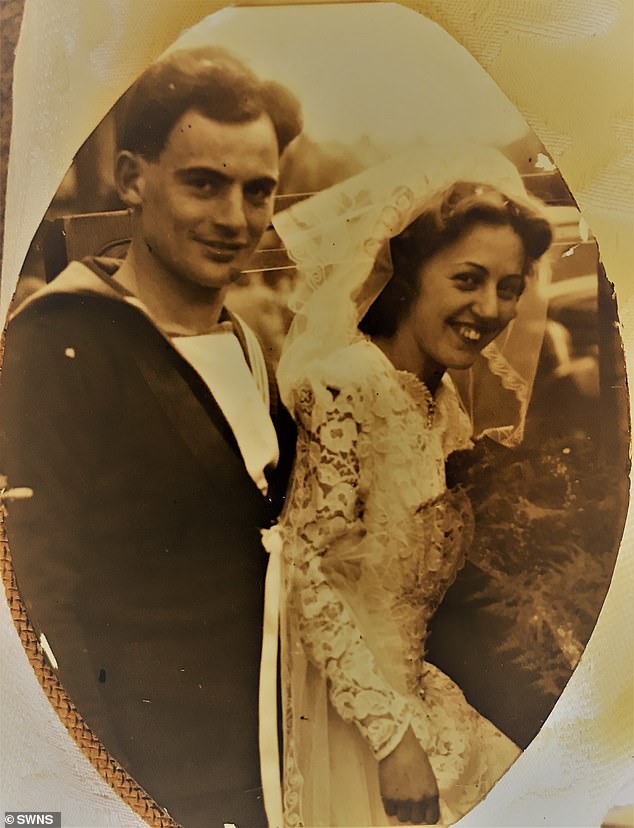 A photograph immortalising Glennis and Vic on their wedding day. Victor used to write to his then girlfriend, saying he missed her very much

Vic served with the Royal Navy during and immediately after World War Two.

He then embarked upon a four-decade long career as a coach and bus driver.

He said: ‘During the war I used to write letters to Glennis, I missed her very much when I was away. We’ve had an amazing life together and I love everything about Glennis. 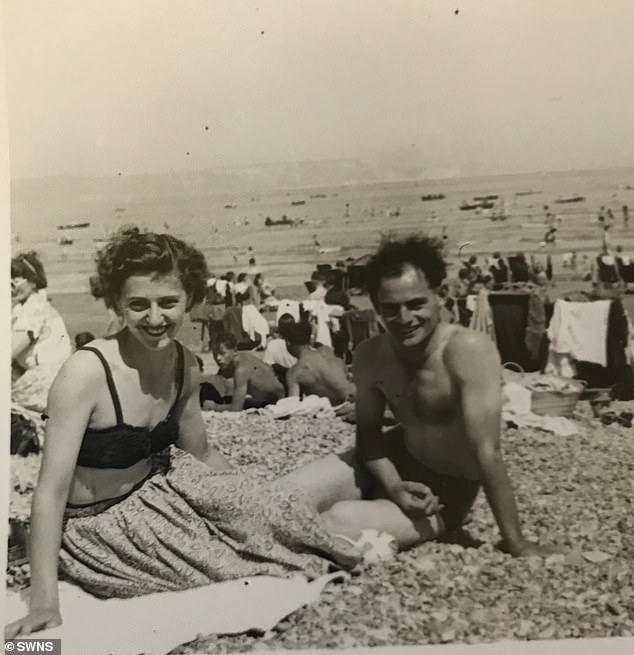 A day on the beach in Cornwall during their first year of marriage in 1948. The couple have stayed together through thick and thin 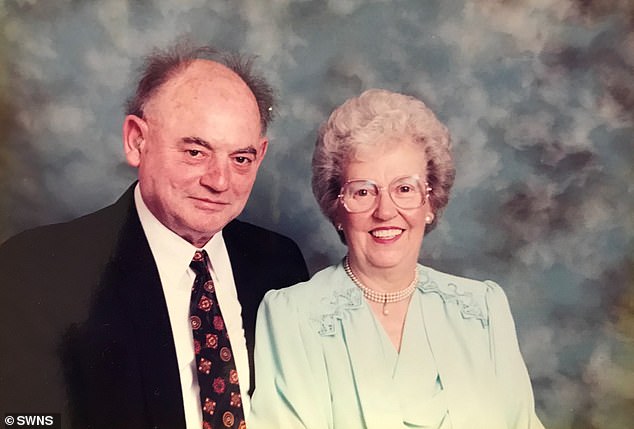 The happy couple in 1990, then having been married for 43 years. Victor worked in the navy during and after World War II 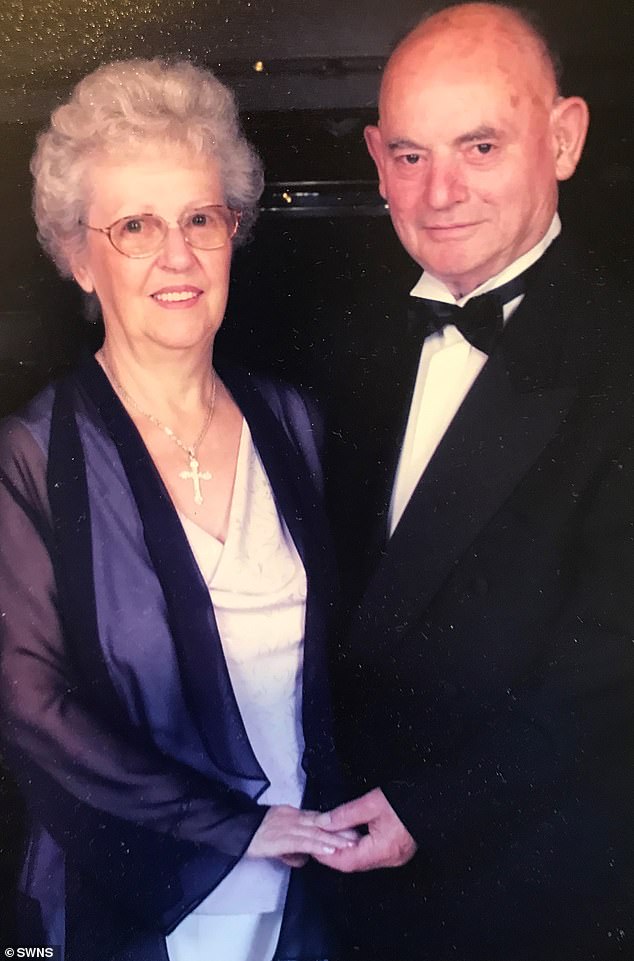 The pair celebrating the millennium in 2000. Vic said Glennis was his best-friend, and that it was a honour, having been married to her for so long 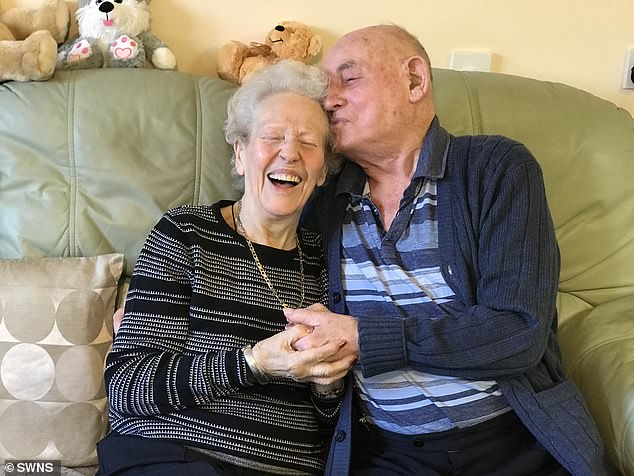 After all this time, Victor is still deeply in love with his wife. Pictured giving her a tender kiss in the care home they share

‘She’s my best friend and it’s an honour to have been married to her for so long.

‘Now, we’ve finally settled down at Brunelcare’s ABC Centre and it’s great. We have help when and if we need it.’

The couple lived in St Anne’s, Bristol after they married.

Glennis worked at Willis during the war but stayed at home to look after their growing family while Vic worked in peacetime.

The pair plan to celebrate Valentine’s Day in style – by attending a themed quiz at their care home. 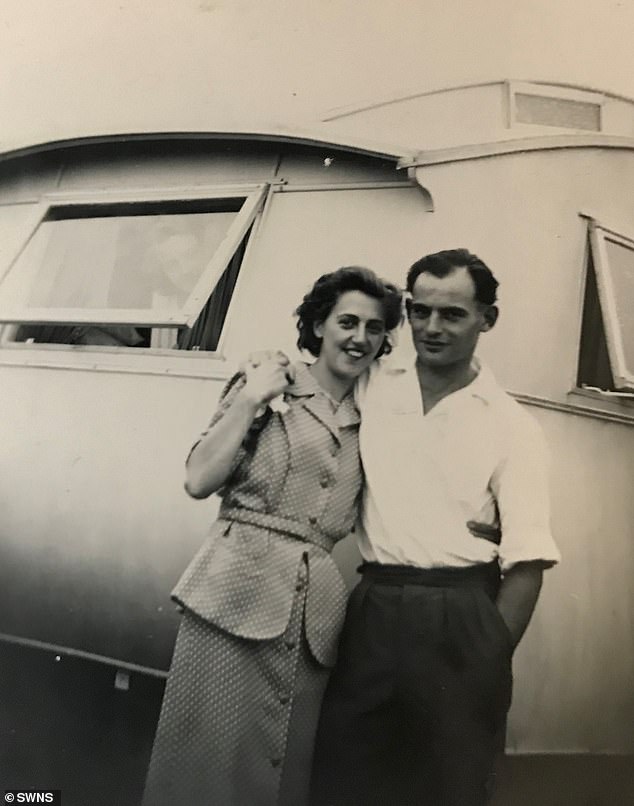 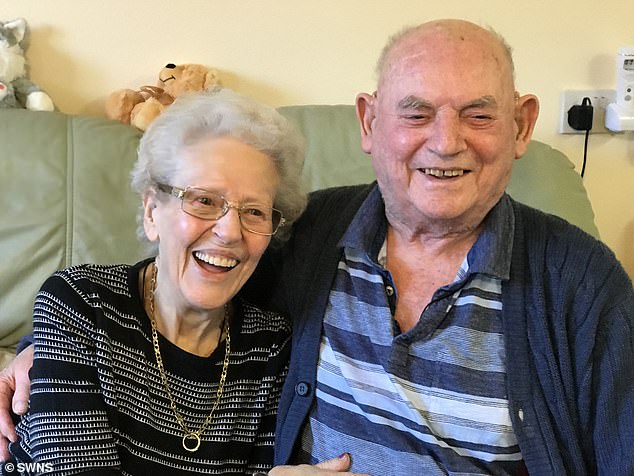 The couple met at a dance in 1944 and quickly fell in love. But Vic was then in the Royal Navy and had to spend much time away (pictured now)