Couple, both 71, die of coronavirus one day apart months before celebrating their 50th wedding anniversary

An elderly couple have died from coronavirus just one day apart months before they were due to celebrate their 50th wedding anniversary.

Ann and David Morrison, both 71, of Lakeside Village, Sunderland, were ‘inseparable’ according to their son.

Ann, 71, died of a suspected heart attack at home following David’s admission into hospital after he started showing coronavirus symptoms.

Ann and David Morrison, both 71, of Lakeside Village, Sunderland, were ‘inseparable’ according to their son

After being told his wife had passed away, David, 71, died in Sunderland Royal Hospital the next day.

Their son, Paul Morrison, 46, said: ‘They have been together for 50 years, they did everything together.

‘They were going to celebrate their 50th anniversary this year and were planning something nice.

‘My mum suffered bowel cancer two years ago and got fantastic treatment from the Royal Victoria Infirmary. She had the all clear and then this happened.’

Paul, who lives in Haswell, County Durham, with his wife Marie, said delivering the news to friends and family was heartbreaking. 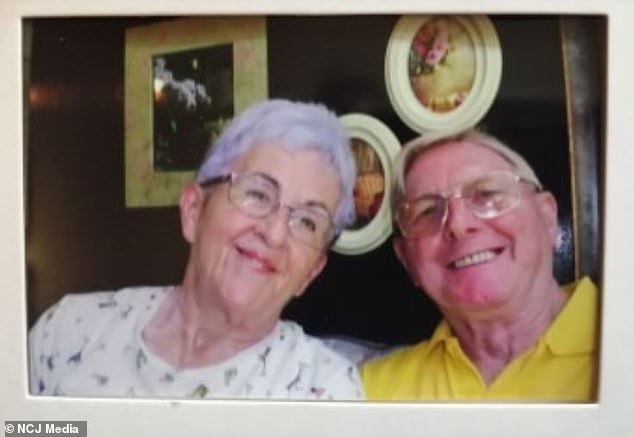 Ann, 71, died of a suspected heart attack at home following David’s admission into hospital after he started showing coronavirus symptoms

‘My dad went into hospital last Friday after showing symptoms and it got confirmed he had the virus. I was phoning to speak to both of them on the phone.

‘Then on Tuesday, I spoke to mum on the phone and everything was fine and then spoke to dad.

‘I was at home working and just stopped, I got this horrible feeling and just had to ring mum and I could not get her hold of her. She never rang me back and I couldn’t get a hold of her, so I decided to drive to the flat.’ 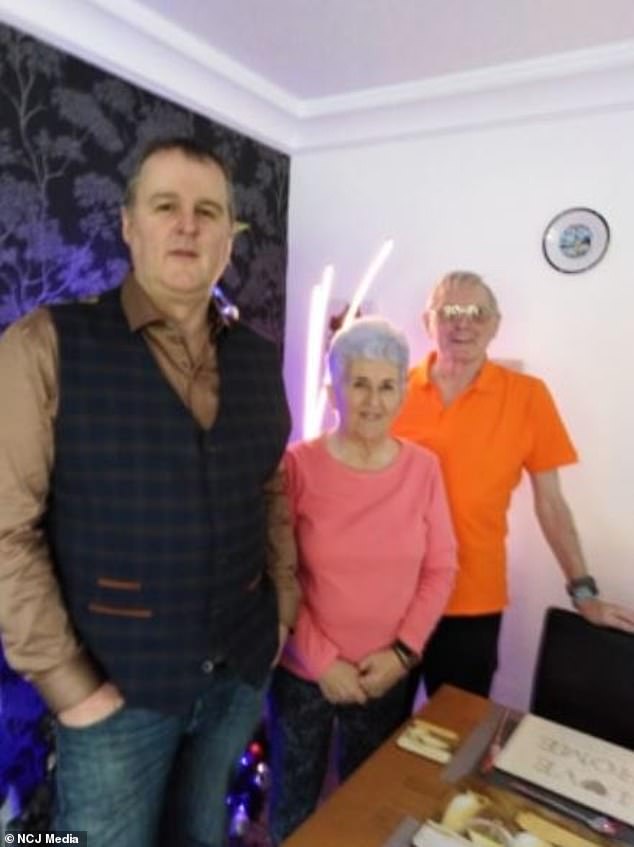 Their son, Paul Morrison (pictured with his parents), 46, said: ‘They have been together for 50 years, they did everything together’

Paul went to his parents’ home but couldn’t get in and called the police, who managed to enter the house, where they found his mum.

Paul said: ‘They think it was a heart attack because she had been stressing so much about my dad. She had a broken heart.

‘I spoke to my dad on Wednesday and he didn’t sound great. I could hear him struggling to breathe. I could just hear it in his voice.’

Later that day, Paul was told his dad had died.

Now, Paul has donated their bedding to a person who makes special bags for nurses to put their uniforms in.

He added: ‘I dropped off all mum’s bedding to someone who will make bags so they can wash their uniforms safely.

‘I will make sure some of them go to the staff on the ward where my dad was treated as well.’