A wife who married her husband on her 16th birthday after falling pregnant says he’s spent the last 60 years ‘making her laugh’ as they celebrate their Diamond wedding anniversary.

Lynne Woolliss, 76, and husband Bert, 77, are two of the youngest people in the country to mark six decades of marriage after meeting as teenagers in North East Lincolnshire.

The loved-up couple celebrated the occasion at their home in Cleethorpes on Saturday surrounded by their family and say they were ‘chuffed’ to receive a card from the Queen.

They now have five children, eight grandchildren and eight great-grandchildren and Lynne says that despite her mother being ‘ashamed of her’ at the time, she knows the couple ‘made the right decision’.

She says Bert is the ‘best thing to ever happen’ to her, and that the key to a happy marriage is to talk things through – adding that if Bert wasn’t honest with her, he would be ‘out the door’.

Lynne Woolliss, 76, and husband Bert, 77, met in 1959 in North East Lincolnshire and married on Lynne’s 16th birthday after she fell pregnant with their first son John 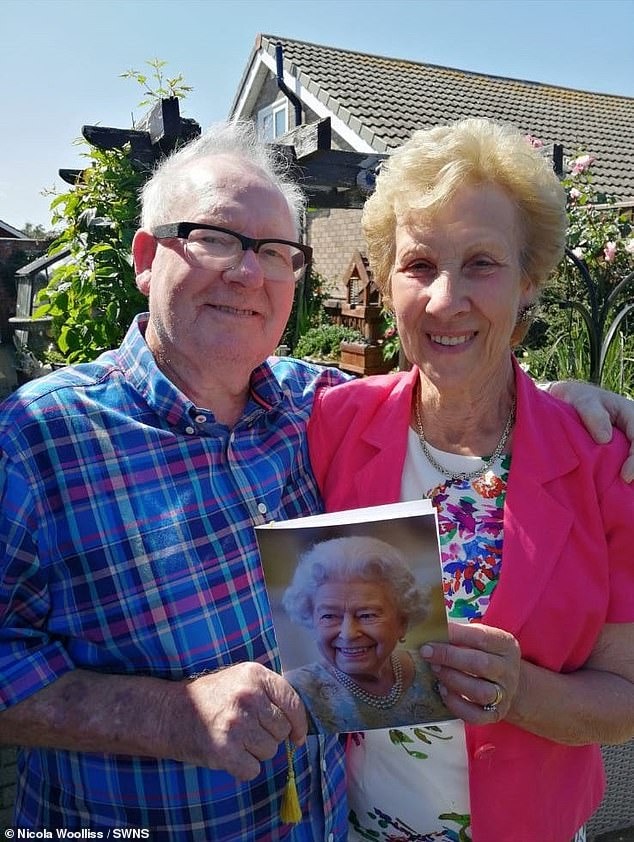 The couple met in 1959 in North East Lincolnshire after Lynne confronted Bert for staring at her. Bert then told 15-year-old Lynne he thought she ‘looked nice’.

Lynne says Bert was a ‘bit of nuisance’ because he kept shouting her name across the wall which separated their single-sex schools.

The confident lad asked her out on a date and invited her for drinks, but they were too young so settled for a bottle of lemonade instead.

The besotted couple would often go to the Rialto cinema in Grimsby but never actually got to watch any films as they’d be ‘naughty in the back’. 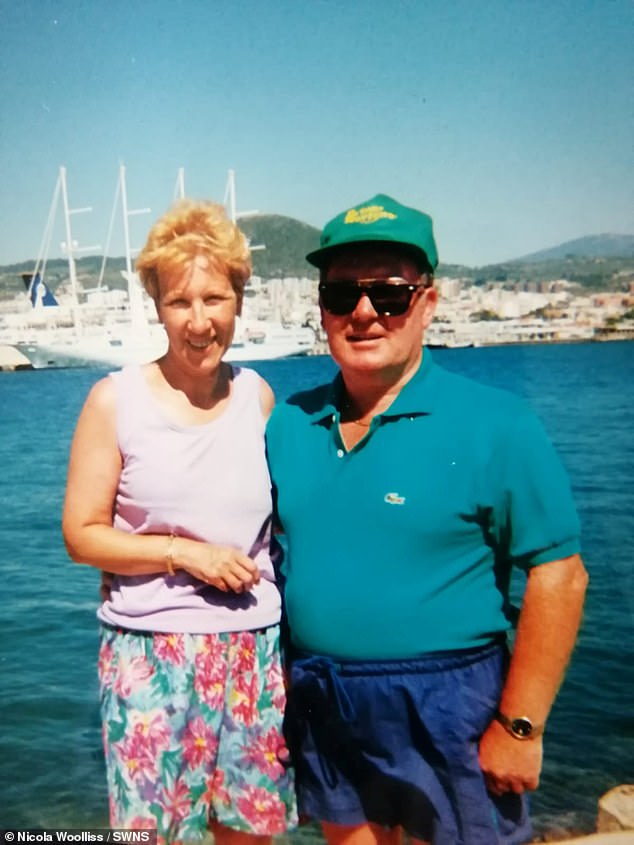 Lynne, pictured on holiday with Bert, says her husband is the ‘best thing to ever happen’ to her, and that the key to a happy marriage is to talk things through

After discovering that she was pregnant, Lynn told Bert the news and to her shock he casually told her ‘well we ought to get married then’.

They married on July 17, 1961 when she turned 16 and was seven months pregnant with her first son John, with just six people in attendance.

Lynne said it was a ‘lovely day’ and that she and Bert, who was aged 17 at the time, enjoyed fish and chips and then wedding cake after exchanging vows.

‘At the time my mother was ashamed of me, she wouldn’t even come to our wedding’, said Lynne.

‘But 60 years on, I think I can say we made the right decision even when we were so young. I can’t look back and say we’ve had a bad time.

‘Being married to Bert for all this time, we’ve grown together. We were just children when we met, 60 years on and the passion and love are still there.

‘I always say we must have been meant to be with each other to have lasted this long. I wouldn’t trade it for anything.’ 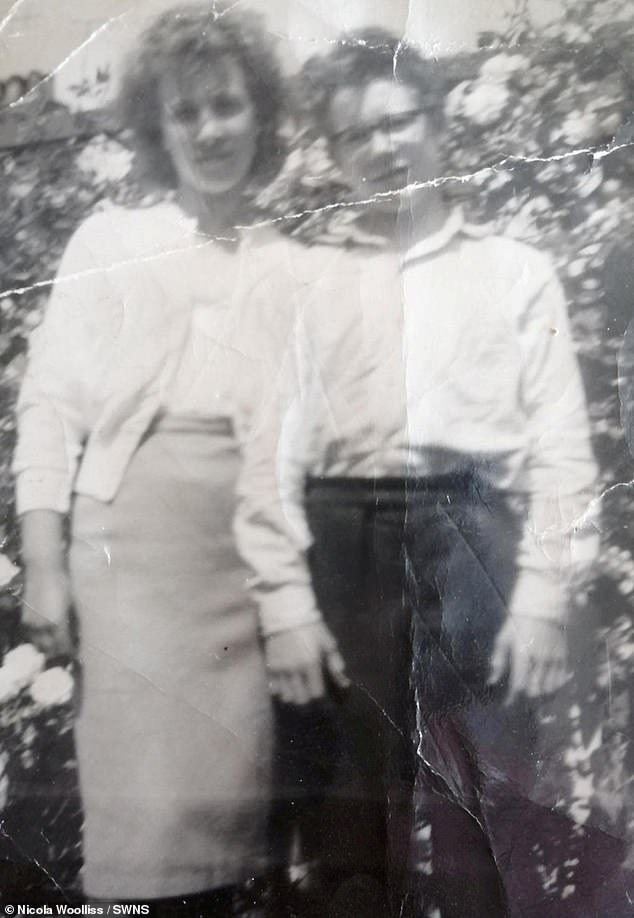 Lynne, pictured with Bert in the 1960s, says that despite her mother being ‘ashamed of her’ at the time, she knows the couple ‘made the right decision’ 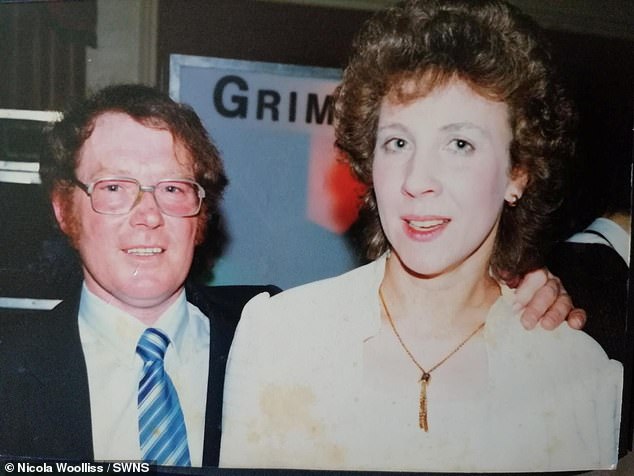 Lynne said it was a difficult start to their lives together as young parents because her mother was ashamed of her and because Bert had to work as much as he could to support the family.

She said that Bert was the ‘most hard-working man’ she’d ever met, and he always made sure the family were looked after by working on the docks and as a milkman at various times.

Lynne added: ‘We have a lovely family and we’ve had a lovely life. He’s worked so much for us and the children. Wherever there was a job he went for it. 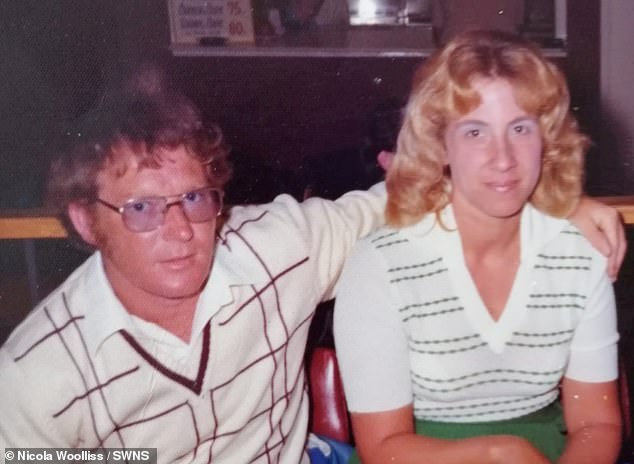 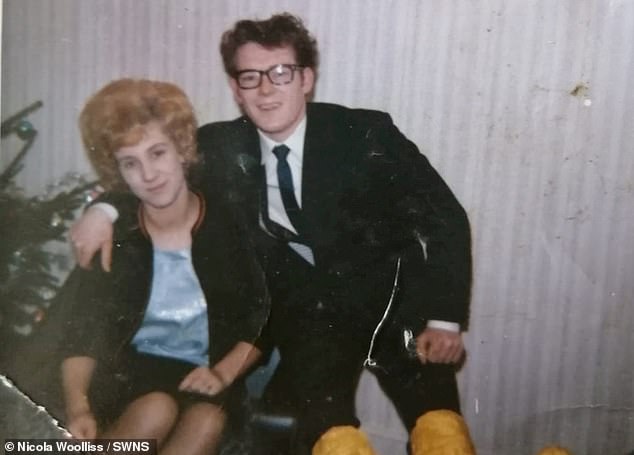 Bert, pictured with his wife when they were younger, said that he has never doubted he made the right decision when he asked Lynne to marry him

‘Even my own mother didn’t like him, but she used to say he worked himself to his bones, he was very proud of him in the end.’

Sharing her secrets to a happy marriage, Lynne went on: ‘I think the most important thing to is to keep talking and discuss things. And sort any issues out immediately.

‘We’ve always stuck by each other but we’re always honest. And if he wasn’t honest with me, then he was out the door.’

Bert said that he has never doubted he made the right decision when he asked Lynne to marry him.

He added: ‘She still looks as beautiful today as she did the first day I saw her.’

The couple’s youngest child and only girl Nicola Woolliss, 47, said seeing them still laughing and joking after 60 years was ‘amazing’. 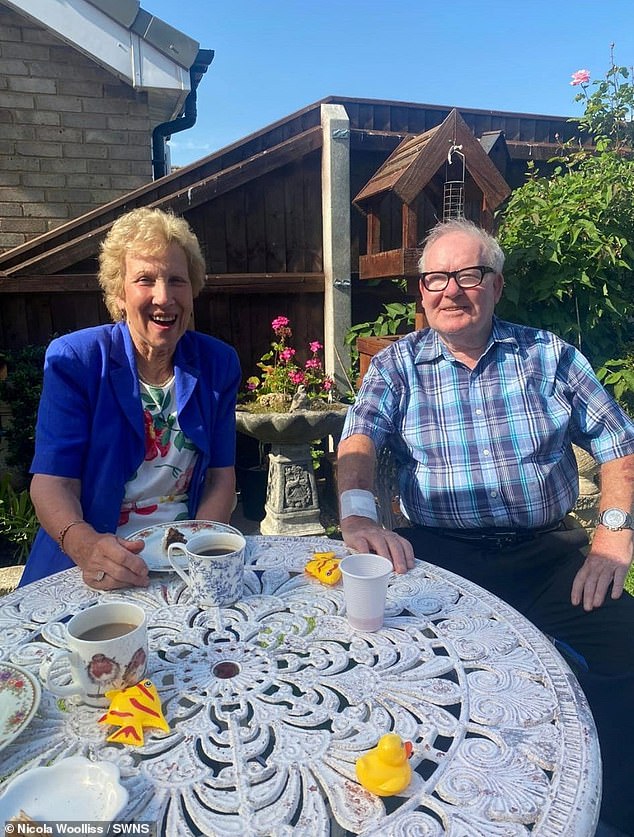 Nicola, a midwife, said: ‘Spending their 60th anniversary together with all of the family was just lovely. They always say they don’t want presents or money, they just want to see us and wish we’re healthy.

‘They still laugh every day, they’ll be sat across the pond from each other and joking. It’s just amazing to see them like this, it’s very cute.’

‘They provided all they could for us, which wasn’t a lot at times, but they made sure to show us love and brought us for picnics which we all loved. They were excellent role models.’