HELICOPTER stops play! County Championship cricket match between Gloucestershire and Durham is halted as an air ambulance dealing with a critical incident makes an unannounced landing

An air ambulance dramatically brought a County Championship match to a halt after landing on the field.

Gloucestershire’s County Championship game with Durham at the Bristol County Ground was only five balls old when the air ambulance came into land, disrupting play for 20 minutes before leaving.

An announcement at the ground then confirmed a ‘critical incident locally’ had been declared and was the reason behind the Great Western Air Ambulance Charity helicopter landing there shortly after the game had begun there at 10:30am. 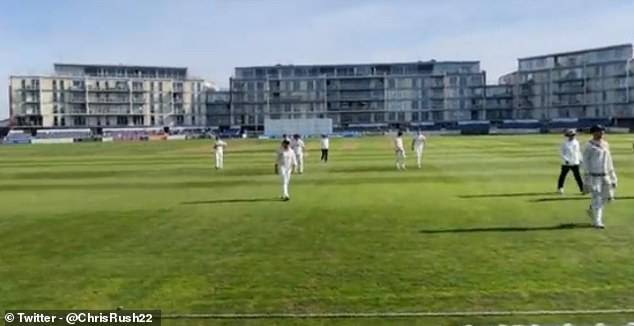 South Western Ambulance Service then released a statement of their own, saying the air ambulance ‘supported our response to an emergency incident at a nearby residential address,’ and was able to do so ‘due to the prominence of the air ambulance’s landing location.’

Durham bowler Chris Rushworth posted a video of the air ambulance landing as the players made their way from the field, with the caption: ‘This is a first!!!!! Helicopter stops play.’

Gloucestershire then put up a video on Twitter showing the helicopter leaving the ground after they had tended to the incident in the local area.

In response, the Great Western charity replied: ‘Apologies for the interruption. And the slightly unorthodox fielding position. Good luck with the rest of play.’ 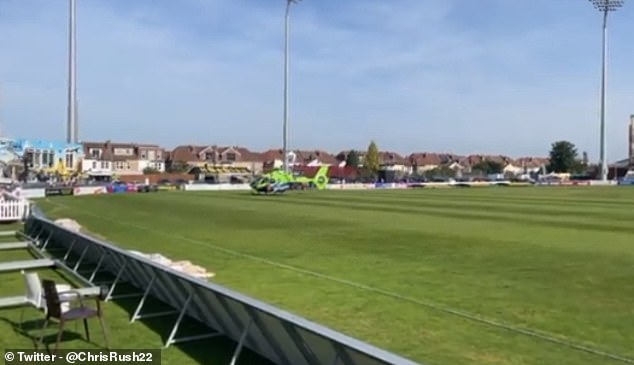 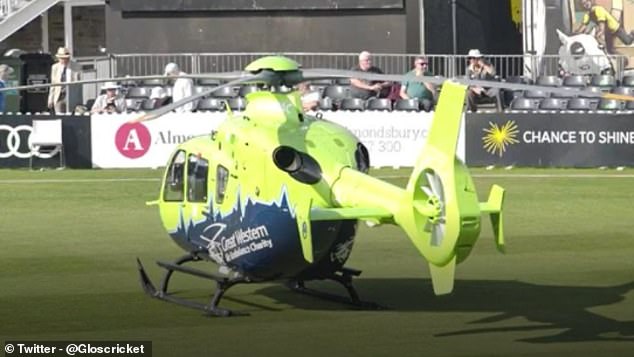 Great Western Air Ambulance always have a critical care doctor on board to assist with a whole range of medical emergencies.

They also help to specify the most suitable mode of transporting a patient that needs hospital attention away from their residence.

Play has now resumed in the Division Two fixture, with the visitors batting first and hoping to overtake their hosts following the match.

Durham however did find themselves two wickets down fairly quickly, with David Payne removing both Michael Jones and captain Scott Borthwick when they had scored just 25 runs.