Countryfile’s Charlotte Smith has claimed there’s ‘nothing’ her co-star Helen Skelton can’t do and that she’s ‘really proud’ of her efforts on Strictly Come Dancing.

The presenter, 58, told The Sun: ‘There is nothing Helen can’t do. I’m pretty sure if you said to Helen, “We need to go to Mars,” she’d find a way of doing it.

‘She’s the most fantastic woman. I’m really, really proud of her.’

‘I’m really, really proud of her!’ Countryfile’s Charlotte Smith (pictured in 2018) has claimed there’s ‘nothing’ her co-star Helen Skelton can’t do while lauding her efforts on Strictly

Helen was lauded for her ‘phenomenal’ performance as she came in joint top place with Hamza Yassin during Saturday’s episode of the BBC programme, with them both scoring an impressive 35 points.

Helen recently revealed how life as a single mother means she has to learn her Strictly steps while up with her baby in the middle of the night.

The TV star, left heartbroken when her husband Richie Myler walked out on her and their three children six months ago, spoke for the first time of how she is coping while trying to win the BBC One dance show’s glitterball trophy.

Asked how she juggles Strictly with life as a single mother to Ernie, six, Louis, five, and nine-month-old Elsie, she told the Mail on Sunday: ‘Sometimes if I’m up in the night with the baby, you feel your feet doing the steps or just reminding yourself or reassuring yourself that you know how to do it. 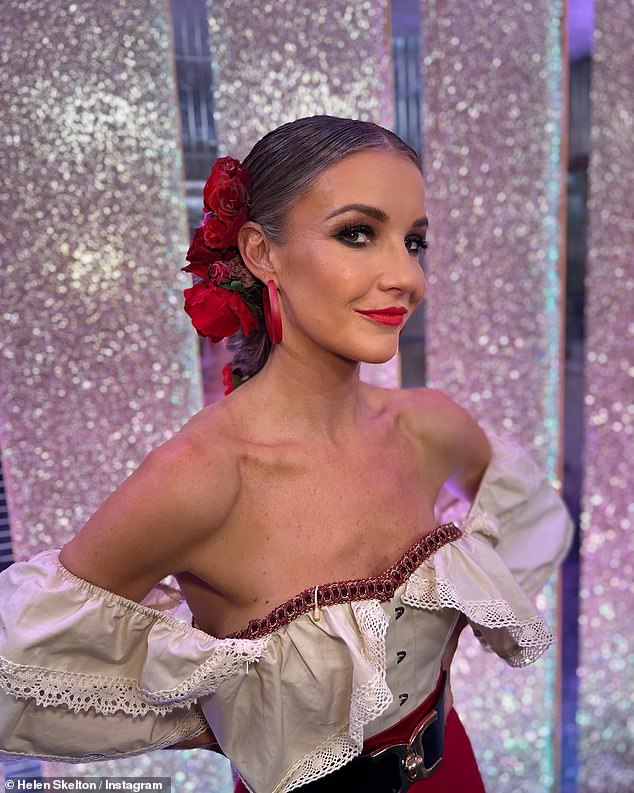 Talented: The presenter, 58, said: ‘There is nothing Helen can’t do. I’m pretty sure if you said to Helen, “We need to go to Mars,” she’d find a way of doing it’ (Helen is pictured)

‘So some weeks are better than others.’

She and her children have moved from their home in Leeds to her parents’ house in Cumbria so they can help with childcare while she is taking part in the show.

Helen said: ‘This is the easiest parenting time of my life because my parents are on hand all the time. They’re doing loads for me.

‘I’m pretty sure that grandparents keep this economy running. My mum’s doing all the heavy lifting. She’s getting the school uniforms ready, making sure that the homework is out, and I get to do all the fun bits and all the mum bits like taking them to football and taking them to swimming and all of that. 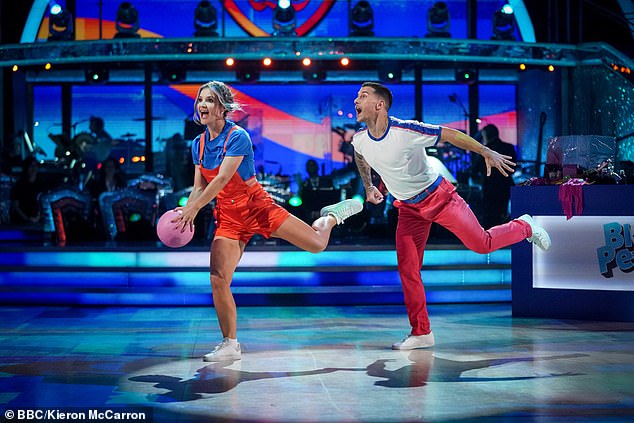 Wow! Helen was lauded for her ‘phenomenal’ performance as she came in joint top place with during Saturday’s episode of the BBC programme (pictured with Gorka Marquez)

Helen garnered the sympathy of the nation when rugby player Richie left her for Stephanie Thirkill in April after eight years of marriage.

The pair are now expecting their first child.

The TV personality admitted that initially she would have preferred to ‘jump out of a plane’ than take part in Strictly, but decided she wanted to show those close to her she could put a smile on her face after her heartache. 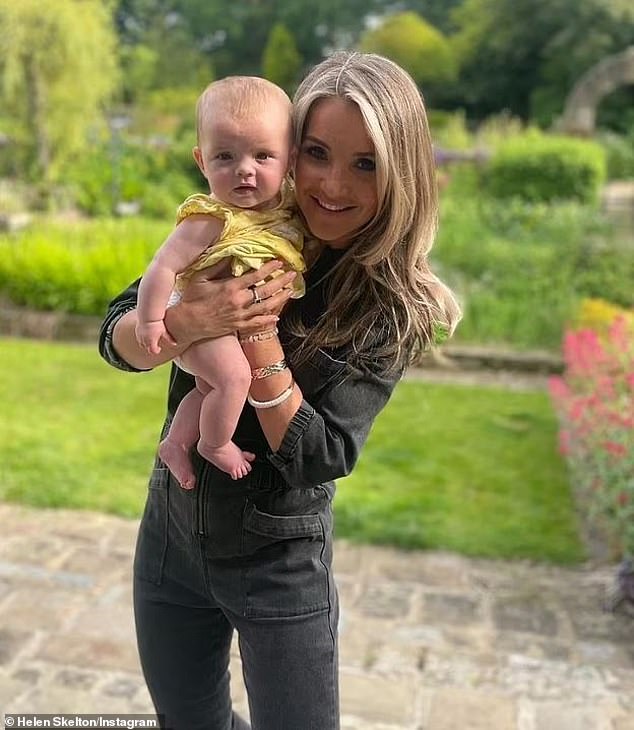 Doting mum: Helen recently revealed how life as a single mother means she has to learn her Strictly steps while up with her baby in the middle of the night

Now she says the show is bringing her ‘positivity and good vibes’.

Her dance partner Gorka Marquez is helping, she admitted.

‘He definitely knows how to get the best out of me,’ said Ms Skelton. ‘I can get it wrong and he just puts up with me. I think because he’s a dad he’s got patience, so he just smiles and goes, “One more time”.’

The pair have repeatedly been photographed giggling together and hugging, although Helen is quick to insist that she knows Marquez’s fiancee, former Strictly contestant Gemma Atkinson.

It’s undeniable that Helen, who on Saturday danced to the theme tune of Blue Peter – the show that first catapulted her to fame – has an ever-growing fan base.

But does she think she’s sexy?

‘Oh no, it doesn’t come naturally – that makes me cringe,’ she said. ‘I think a lot of women are probably like me. You don’t necessarily walk into a room and go, “Hey, look at me!”

‘The glam team and wardrobe team [on Strictly] are incredible. The girls are just amazing, so talented.’ 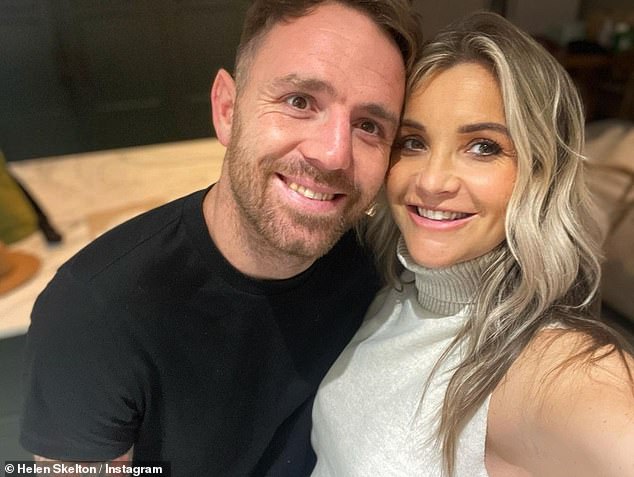 Happier times: The TV star was left heartbroken when her husband Richie Myler walked out on her and their three children six months ago