The Countess of Wessex was joined by her husband Prince Edward and their two children as they took to a Hampshire beach to pick up litter today.

Sophie, 55, and the Earl of Wessex, 56, appeared in high spirits as they arrived at the Great British Beach Clean on Southsea Beach in Portsmouth with Lady Louise Windsor, 16, and James Viscount Severn, 12.

The Countess looked casual in a pair of blue denim skinny jeans with a pink and white pair of deck shoes, while her hair was swept back in an elegant bun.

She wore minimal jewellery for the occasion, and donned a pair of black sunglasses, later adding an oversized brown coat to her outfit.

The Countess of Wessex, 55, was joined by her husband Prince Edward, 56, and their two children as they took to a Hampshire beach to pick up litter today

Her husband also opted for a laid back style, wearing a blue shirt and navy body warmer, paired with a pair of dark blue chino trousers and brown leather shoes.

Meanwhile Lady Louise matched her mother, donning a pair of blue skinny jeans and green shirt, with a body warmer and black sunglasses.

The Great British Beach Clean, run by the Marine Conservation society, has been leading the way in tackling ocean pollution for 26 years, with volunteers removing 319 tonnes of litter from their local beaches over the years.

The annual event is running from 18th – 25th September, but due to the Covid-19 pandemic, the organisation is calling on individuals to adopt a 100m stretch of beach and organise their own beach cleans. 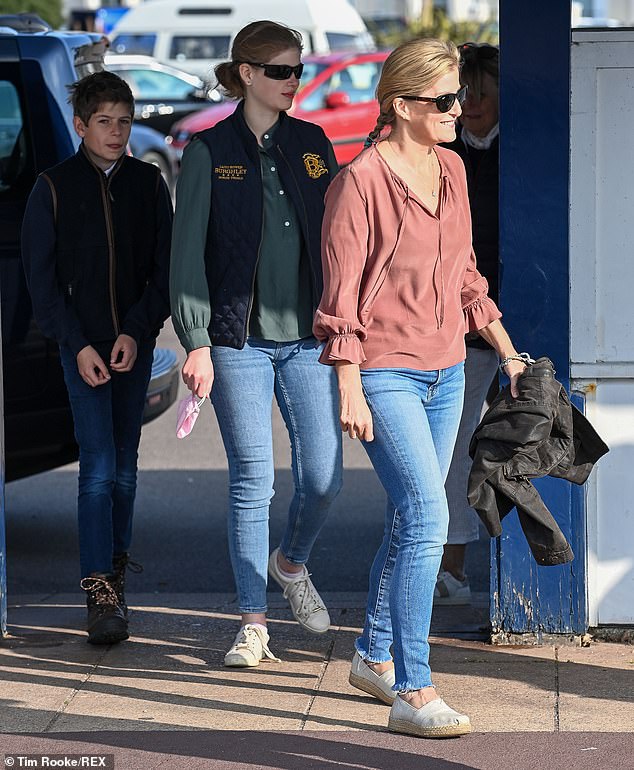 The mother-of-two beamed as she arrived at the litter pick alongside children Lady Louise Windsor, 16 James, Viscount Severn, 12,

These cleans will involve smaller groups of friends, family and ‘bubbles’, in line with government guidance.

The Marine Conservation Society published an article this week urging  the public to take part, due to the ‘worrying combination’ of cancelled beach clean events and a ‘huge spike in littering and masses of PPE’ washing up on shores.

Yesterday, Sophie was spotted riding a horse and carriage in the grounds of the Queen’s residence in Berkshire.

Former PR executive Sophie lives at Bagshot Park in Surrey, with Edward and their two children and is widely recognised to be the Queen’s favourite royal. 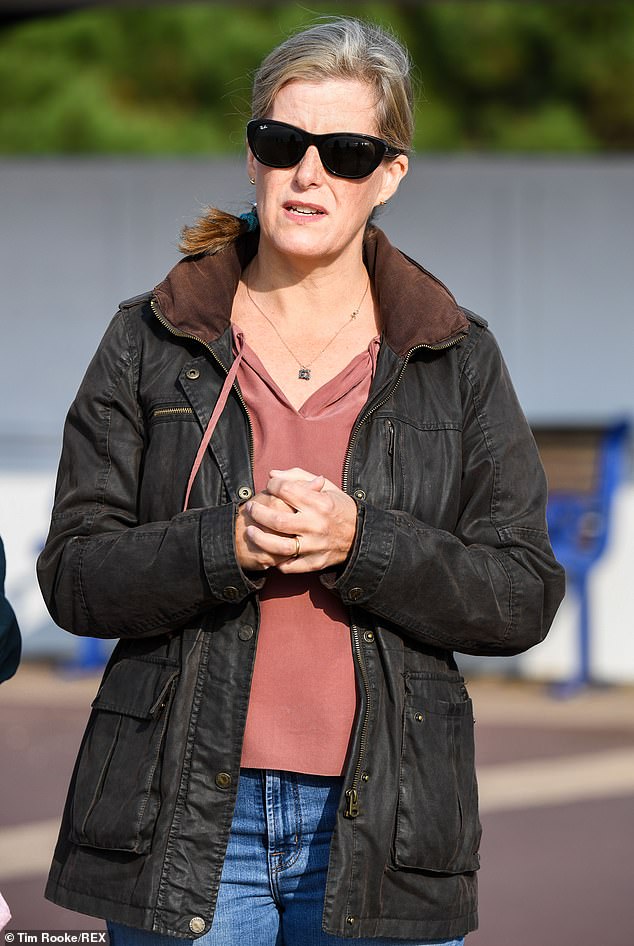 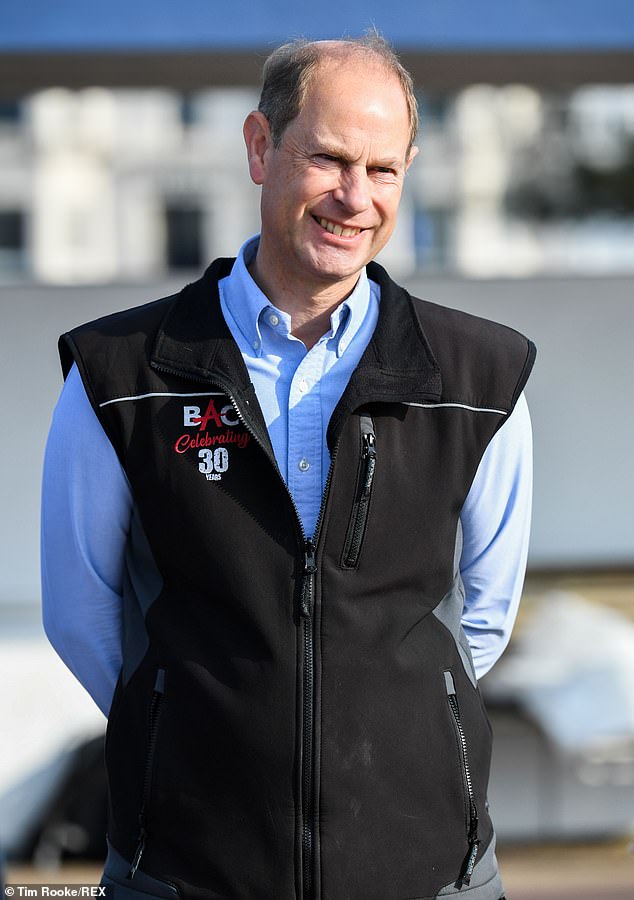 It is often Sophie who’s picked to travel with the Queen when she is attending church services at either Sandringham or Balmoral.

It is believed that the mother is now seen by the Queen as the Royal Family’s safest pair of hands, because her marriage to Prince Edward has lasted, while Charles, Anne and Andrew have all been divorced.

The Queen and Sophie’s close bond is said to be down to their similar interests, with the pair often spending Saturday or Sunday evenings together at Windsor, watching old war films and historical documentaries.

Sophie, who was brought up in Kent by a tyre company executive father and a secretary mother, is even thought to have convinced the Queen to watch The Crown – suggesting she might enjoy the Netflix series which is based on her reign. 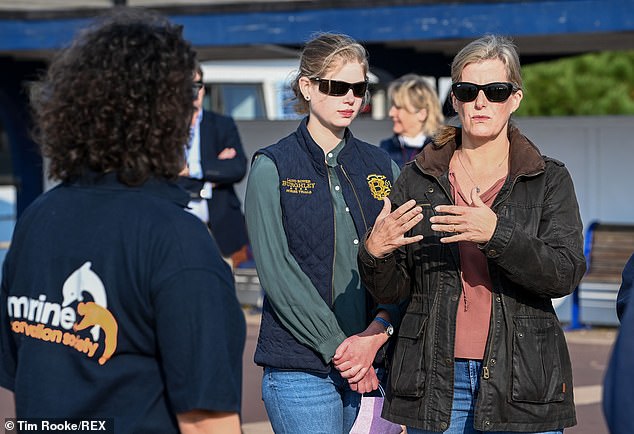 Lady Louise matched her mother, donning a pair of blue skinny jeans and green shirt paired with a body warmer and black sunglasses

The Wessex family are often spotted taking part in outdoor activities at Windsor Castle, which is just 10 miles from their home at Bagshot Park.

Prince Edward, the Queen’s youngest son, and his family also visited his parents in Balmoral this summer.

The Queen and Prince Philip spent six weeks at their Aberdeenshire home but have now moved to Norfolk together to ‘spend time privately’ at the their Sandringham estate, where the Duke spends much of his retirement at Wood Farm.

Amid the Covid-19 crisis, the Queen will return to Windsor in October, from where she will travel to Buckingham Palace for working visits.