A council has been accused of ageism after refusing permission for a £100million retirement village in its town centre.

Elmbridge Borough Council, dubbed the ‘Beverley Hills of Britain, is being investigated by developer Guild Living, the company behind the project, after the plans were rejected due to fears it would ‘undermine the vitality’ of the area.

The 222-apartment building located in the heart of Walton-on-Thames in Surrey, had promised to ‘deliver a new class of urban retirement community’ for the UK’s over 65s.

The company also said the living space would include ‘academically-accredited wellness programmes to enable and enrich an independent, active later life’.

The council, whose local MP is foreign secretary Dominic Raab, may also be investigated over claims that it broke the Equality Act, The Sunday Times reports.

Under the Equality Act 2010, which came force in October 2012, ‘age discrimination against adults in the provision of services and public functions’ is banned.

In a council report seen by The Sunday Times, Elmbridge Borough Council said:  ‘It fails to add to the centre’s competitiveness and would undermine the vitality and viability of the town centre.’

However Eugene Marchese, co-founder and director of Guild Living said: ‘We are concerned that it is ageist.’

Mr Marchese last month told The Guardian: ‘From the outset, the council’s opposition has not been directed towards the scheme itself but to our idea of homes for older people in Walton town centre.

‘People across the country will read the words of this local authority and be shocked that after months of seeing care homes ravaged by Covid-19, an elected body can take such a callous and ageist policy approach.’ 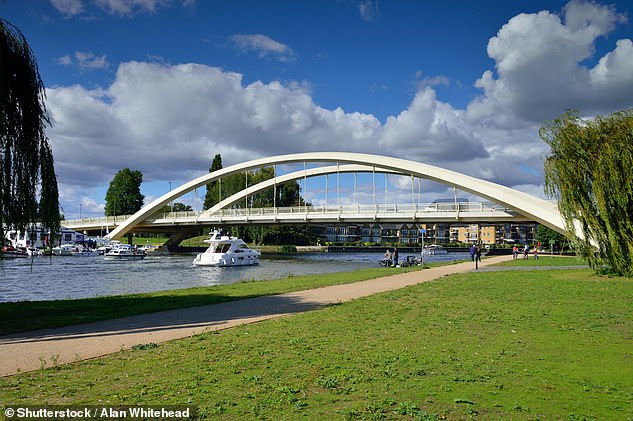 Announcing its plans in May 2019, Guild Living, who is working in partnership with the financial services company Legal and General, said the retirement community was about ‘social and mental activation too’.

Speaking last year Phil Bayliss, CEO of Later Living at Legal & General and Chairman at Guild Living said: ‘With over three million over 60s in UK seeking to downsize their homes, we see a £100 billion investment opportunity. 84 per cent of the UK population lives in urban areas and we expect retirees to continue to migrate to UK towns and cities to enjoy all the local amenities they have to offer as well as to be closer to their loved ones and transport links.

‘We are establishing the Guild to address this staggering opportunity and tackle the NHS and care crisis head on.

‘This forms an excellent extension of Legal & General’s retirement ecosystem.

‘Through Guild Living and together with our existing out-of-town offering, we will now be delivering over 7,000 later living homes over the next five years.’