Hate talk in your home should be a potential crime, legal reformers will tell the Government.

The Law Commission says the offence of stirring up division over race, religion or sexual orientation should extend to private dwellings.

It means a dinner table conversation could lead to a police probe and a potential prison sentence. The proposal from the commission, headed by judges and lawyers, is in a 500-page consultation report on hate laws that will land on ministers’ desks next year.

Free speech campaigners and MPs said the move was a mistake that would open the flood gates to more hate crime prosecutions, which have already risen to 100,000 a year.

Harry Miller, a businessman, former policeman and founder of Fair Cop, which opposes hate crime rules, said: ‘If the private home law is adopted by Government, a comment over the dinner table about a huge range of people could lead to a prison sentence.

‘Human rights laws protecting privacy and family life would be in the bin. This is a neo-Marxist idea and will generate unfriendliness between different communities where there is none.’

Dinner table conversation could lead to a police probe and a potential prison sentence under reccomendations made in a 500-page report by The Law Commission. Pictured: A group enjoy conversation over dinner (stock image)

Sarah Phillimore, a barrister and fellow Fair Cop campaigner, said: ‘I cannot believe the Government is being asked to consider surveillance of citizens in their own home. How will the evidence of such hate crimes be collected?

‘Will we have an East German-style secret police like the Stasi?’

Andrew Rosindell, the Tory MP for Romford in east London, added: ‘People are already afraid of freely speaking in public because of hate speech laws which they believe stop them even telling a joke.

‘The police have enough to do without investigating what is said inside homes.’

The commission’s submission document notes that a number of crimes, including using words or behaviour intended or likely to incite racial hatred, have an exemption if the alleged offence takes place in a home and ‘cannot be seen or heard outside that or another dwelling’.

It notes: ‘To the extent that the aim is to ensure that the criminal law does not intrude on purely private matters, the exception is poorly targeted.

‘It would include a meeting held in a large private house, for instance, but would exclude a private conversation conducted in an office.’

The commission concludes: ‘We therefore propose that the dwelling exception should be removed from the stirring-up offences.’

The report suggests a dramatic expansion of the law to protect minority groups and sub-cultures who say they are hate speech victims. These include goths, punks, sexual fetishists and those who are asexual.

The commission says naturists, climate change activists and vegans may deserve special support too. A key idea is that women should be protected from misogyny.

Hate speech laws to guard the old and disabled are also being looked at by the commission. In Scotland, hate crime legislation covering private homes is already being considered by ministers. 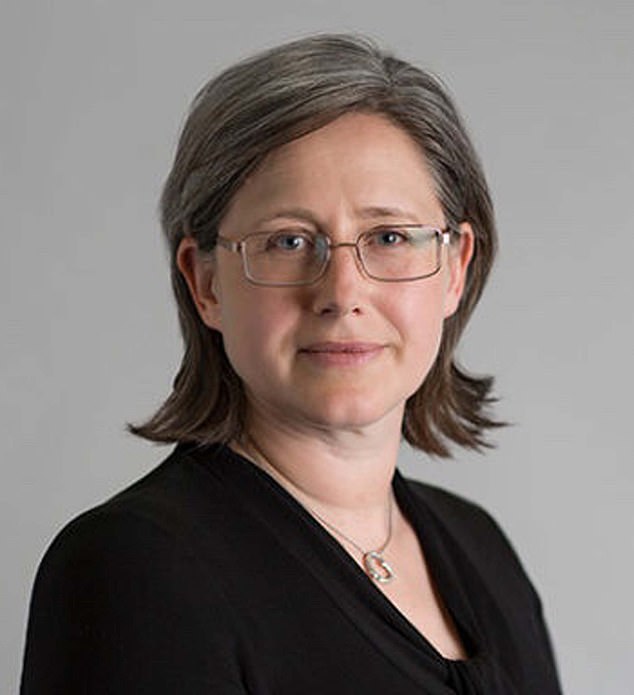 Surveillance fears: Sarah Phillimore a barrister and fellow Fair Cop campaigner, said: ‘I cannot believe the Government is being asked to consider surveillance of citizens in their own home. How will the evidence of such hate crimes be collected?’

In England and Wales, speech stirring up hatred is only a potential offence when said in public, or in a private place where it can be listened to from outside.

Most hate speech offences are racially motivated, but those involving religious abuse against Muslims and Jews are increasing.

‘How will evidence be collected?

Reports to police of homophobic hate crime have almost trebled in the seven years since same-sex marriage became legal in England. The commission’s report says a jumble of laws passed by politicians over 35 years must be sorted out, and offenders should face harsher penalties, including prison terms of up to seven years.

The commission confirmed last night that it was consulting with hate crime victims, who argue for wider controls and prison penalties for offenders. A spokesman said the proposal would go to ministers next year.

Quips about ‘stingy Scots’ could fall foul of hate crime laws north of the border, a senior legal chief has warned.

Roddy Dunlop spoke out amid concern over proposed SNP legislation, which even extends to remarks made in the home.

Ministers have announced a partial U-turn by confirming that any new offences must be ‘based on intent only’.

But senior lawyers, police chiefs and serving officers yesterday demanded that the changes go further during a meeting of the Scottish Parliament’s justice committee.

Mr Dunlop, who is dean of the Faculty of Advocates in Edinburgh, said: ‘Saying “All Scots are stingy” – is that abusive? Probably not. Is it threatening? Definitely not. Is it insulting? Probably. Do we want to criminalise that sort of matter?’

The legal chief suggested the jibe was ‘too menial to merit the attention of the law’.

He added: ‘The primary concern I would have would be that it is abused and it becomes a situation, as has been suggested in the media, where one’s least favourite uncle becomes the subject of a complaint to the police because of what he said over the Christmas turkey.

‘That can’t really be what we are looking at here. But equally should it be the case that you are able to breed hatred in the home without repercussion?’