War has been declared on polluting petrol and diesel vehicles, and motorists can expect to pay more and more to keep driving them.

So is it time to turn your back on fossil fuel? How much do electric cars cost to run, and could you really run out of power on the motorway?

We’ve answered these questions and look at the cost of motoring in 2020, explaining how a green car could save you hundreds of pounds a year…

Your next motor? The £26,000 Nissan Leaf may seem expensive for a family hatchback but running costs will be low and it should hold its value far better than petrol and diesel vehicles

Reports last month suggested the Government could be considering offering drivers £6,000 towards an electric car if they scrap a petrol or diesel model.

The move would be a welcome boost to the UK car industry, hit hard by lockdown. Britain’s biggest manufacturers — Nissan, Jaguar Land Rover and BMW — have invested heavily in electric car production.

However, the latest statement from government officials suggests there’s no plans for a scrappage scheme of any kind following the pandemic — but there’s still plenty of reason to consider an electric vehicle (EV) without it…

Petrol, diesel and hybrid cars – your days are numbered

In the Budget in March, Chancellor Rishi Sunak unveiled a £1billion green transport package — including £500million for electric charging points.

Vehicle sales site Auto Trader saw a 76 per cent lift in searches for electric cars in 2019, and interest this year is already up 32 per cent.

The site also saw a 38 per cent rise in interest shown in alternative vehicles like hybrids — that use fossil fuel and electric power — last year.

Auto Trader says there was a 165 per cent spike in searches for electric cars when, earlier this year, it was suggested the Government could bring forward the ban on petrol, diesel and hybrid car sales to as early 2032. It’s currently pencilled in for 2035.

Drivers will still be able to buy second-hand petrol, diesel or hybrid cars after the ban on sales is brought in, though the plan is for them to be eradicated from the road entirely by 2050 in order for the UK to become carbon neutral. 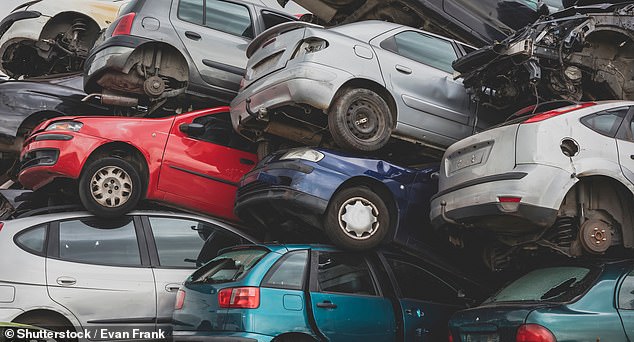 The Government is reportedly considering offering drivers £6,000 towards an electric car if they scrap their petrol or diesel motor

Electric cars are exempt from road tax, and drivers do not have to pay charges to enter zero-emission zones. Drivers of hybrids get just a £10 discount on the tax.

Vehicle excise duty, or road tax, is a flat rate of £150 for cars registered after 2017 — up from £145 last year. But drivers of older and more polluting vehicles pay more, and can face annual bills in excess of £1,000.

Electric car owners have also been waived of the VED ‘expensive car’ tax, which has risen from £320 to £325 a year for petrol, diesel and hybrid models.

Any car with an internal combustion engine with a ‘list price’ (the published price before any discounts) of more than £40,000 has to pay £325 on top of the standard rate of VED for the first five years – a whopping £425 tax bill for owners of pricey motors, irrelevant of if their car produces low CO2 or extremely high levels of carbon dioxide.

You can find out more about the rising cost of VED in our latest car tax story – and use our calculators to work out if you will have to pay more from 2020.

Driving an electric car will also spare you from CO2 emission charges levied by some towns and cities. These charges are designed to clean up the air in congested areas.

If you enter London’s Ultra Low Emissions Zone in a petrol car built before 2006 or a diesel made before 2015, you have to pay £12.50 on top of the £15 Congestion Charge (which was increased from £11.50 from 22 June, and now operated during longer hours and weekends). The ULEZ charge is also in force 24 hours a day.

Other UK cities are also planning clean-air zones. The Government has asked Birmingham, Leeds, Nottingham, Derby and Southampton to enforce them this year. Bristol will ban private diesel vehicles from its centre at certain times from next year.

Eco bribes on offer to buyers

Electric cars are more expensive than petrol and diesel models. The Nissan Leaf, costs just over £26,000 for a basic model. 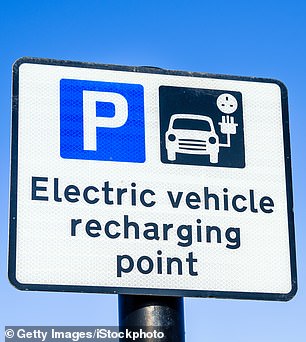 Cost are so steep because manufacturing costs are so high.

But for now, some buyers can get the Government to pay up to £3,000 towards a vehicle that has CO2 emissions of less than 50g/km and can travel at least 70 miles with zero emissions. This includes the Nissan Leaf and the new Mini Electric.

However, a new stipulation announced by the chancellor in the latest Budget means only buyers of electric cars costing less than £50,000 qualify for the Plug In Car Grant (PICG), which eliminates all Teslas but the cheapest Model 3 and means Audi customers have to pay the full price for their flash e-Tron SUV.

Transport Scotland funds interest-free Electric Vehicle Loans of up to £35,000 to cover the cost of a new electric car, such as the Renault Zoe. The Committee on Climate Change says prices will be similar for electric and other vehicles in five years.

What’s the cost of charging at home? And can I get a discount on a charger installed at my property?

Electric cars may become more affordable, but you will have to pay to install charging equipment at home.

The cars can be juiced via a household socket, but to fully charge a battery could take more than 12 hours so a ‘wallbox’ charger is recommended.

Consumer group Which? says the cost of installation and of adapters for charging on the go costs about £1,000.

But government grants are up for grabs. Those buying electric vehicles with CO2 emissions of less than 50g/km, and can drive at least ten miles without emissions, can get up to £350 to install a home charger through the Electric Vehicle Homecharge Scheme.

Included are plug-in hybrids, though only those with CO2 emissions of 50 to 70g/km.

Which? estimates that charging an electric car at home adds between £450 and £730 to your annual electricity bill.

It also compared the cost of charging an electric Nissan Leaf to that of fuelling an equivalent-sized petrol and diesel car, and found that, over 10,000 miles, the Leaf was £308 cheaper than the diesel and £609 cheaper than the petrol car.

Will I run out of power and be left stranded?

Most new electric cars can go 150 miles between charges, and many of the latest have a 250-mile range. But many drivers worry there aren’t enough charging points.

‘Nine hours of driving, four hours of charge,’ he reported at a BP conference on electric vehicles.

In September 2018, journalist and author Isabel Hardman said it was ‘a stupid idea to get an electric car’ after her Nissan Leaf ran out of battery on a drive to a book festival in Scotland.

She was left stranded when she found the charging points operated by Ecotricity were out of order. The Gloucestershire-based firm provides the most charging points in the UK but has had poor reviews. 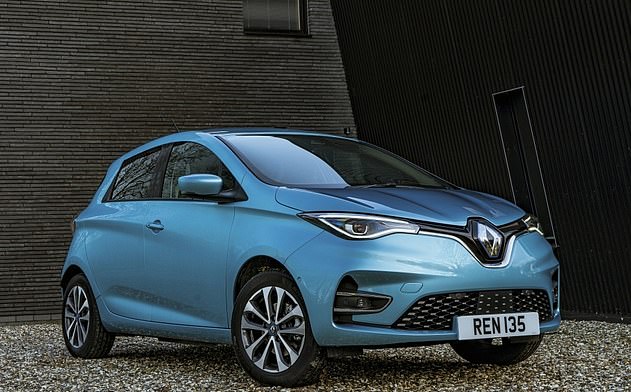 Transport Scotland funds interest-free Electric Vehicle Loans of up to £35,000 to cover the cost of a new electric car, such as the £25,500 Renault Zoe

Charging vehicles at home is difficult for the 64 per cent of people without off-street parking. But the Government has pledged £500million towards charge points over five years.

In fact, there now are twice as many public charging points for electric cars in the UK as there are petrol filling stations.

Go Ultra Low, the Government and industry electric car campaign body, says there will be enough charging stations by 2023, and at least six fast-charging points at every service station in England.

But doubts remain over how the national grid will cope. UK Power Networks estimated it had 63,000 electric cars charging from their stations in 2019, but predicts this will rise to 4.1 million by 2030.

Are electric cars as green as makers want us to believe?

And the tool has estimated that electric cars will reduce CO2 emissions four-fold by 2030 as the Europe’s energy gird moves increasingly towards renewables.

But there are still concerns over manufacturing.

Emissions from electric car battery production are higher than those for internal combustion engines, the European Environment Agency states.

Meanwhile, an electric car is only as clean as the power it uses, so until all electric cars run on 100 per cent renewable power, they will continue to use the fossil fuels that help generate electricity.

However, analysis by research organisation BloombergNEF in 2019 found that CO2 emissions produced by electric vehicles charged with non-renewable power are still 40 per cent lower than the outputs of cars with internal combustion engines.