The soap star, 49, had planned to exchange vows with the IT consultant, 40, in Greece before coronavirus restrictions forced them to cancel their May 2020 ceremony with just weeks to go.

It has now been claimed the couple – who began dating in March 2018 – had ‘grown apart’ and have ‘parted amicably’.

Upset: Corrie’s Alison King has ‘split’ from her fiancé David Stuckey because they ‘grew apart’… after their Greek wedding was cancelled by Covid (pictured in-character in 2021)

A source told The Sun: ‘Alison and David have sadly decided to separate. They were very much in love for a long time but have ended up growing apart.

‘They parted amicably and both wish each other the best in the future.’

Alison’s representatives have been contacted for comment by MailOnline.

David popped the question with a ring he designed himself during a romantic sunset cruise in Portugal – which they nearly had to cancel thanks to a slew of ominous clouds on the horizon. 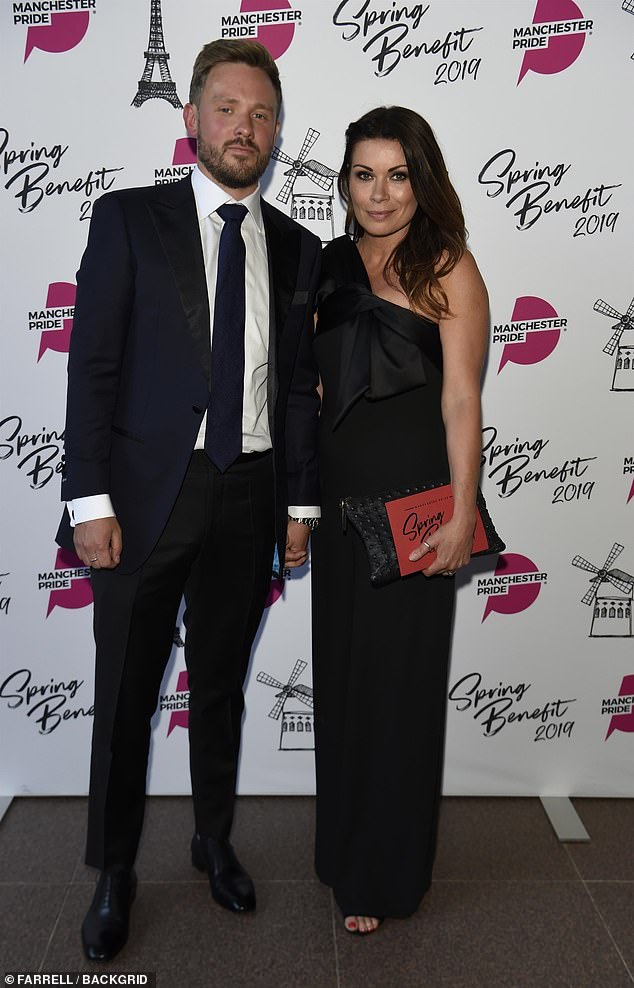 Shame: The soap star, 49, had planned to exchange vows with the IT consultant, 40, in Greece before Covid restrictions forced them to cancel their May 2020 ceremony (pictured in 2019)

Officially introducing her fiance during an interview with OK! Magazine in 2019, the star also revealed that she had ‘an inkling’ David was going to propose and made sure she brought along a Rolex on the trip as an engagement present for him.

Revealing that the proposal happened just a few days before their one-year anniversary, she explained: ‘I had an inkling he was going to pop the question because he kept putting something on my finger and going: “right, close your eyes and forget this ever happened!”‘

‘We’d also discussed marriage, too. I think we both went from “no, we don’t ever need to get married” to “oh, we really want to get married!”‘ 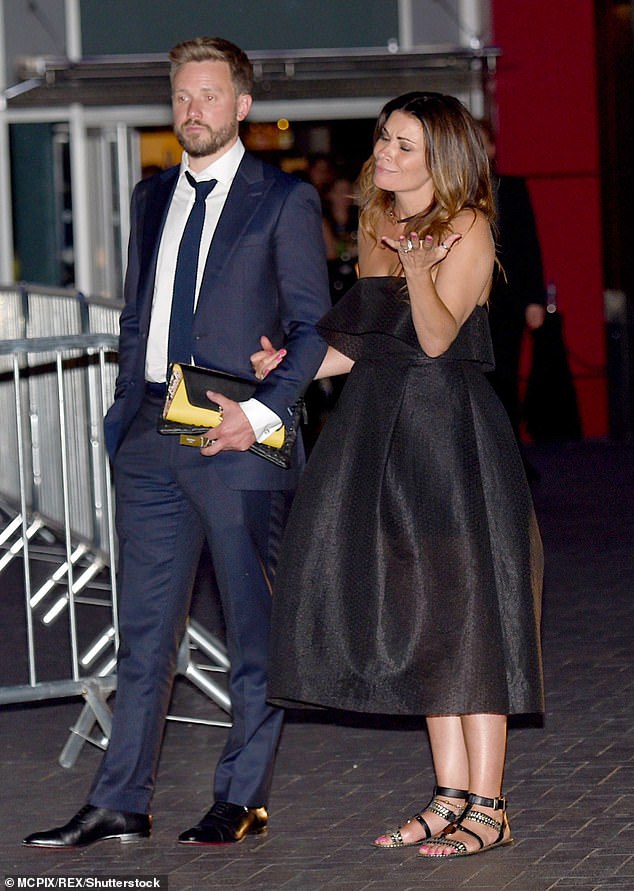 Happier times: It has now been claimed the couple – who began dating in March 2018 – had ‘grown apart’ and have ‘parted amicably’ (pictured in 2019)

Alison explained that the lead-up to the proposal wasn’t all smooth sailing, as they were met with ‘black clouds over the sea while driving towards the port at Albufeira.’

However, with a team of dedicated crew-members, the cruise carried on as planned, and IT Salesman David got down on bended knee to pop the question with a ring he had designed himself.

Alison gushed: ‘I’d bought him a Rolex as an engagement present too. I said: “Yes please,” and then I gave him the watch! It was perfect, even though it didn’t go to plan!’

Discussing their age gap, she claimed that he’s ‘already very mature’ and wanted someone with children, as he was a father himself. 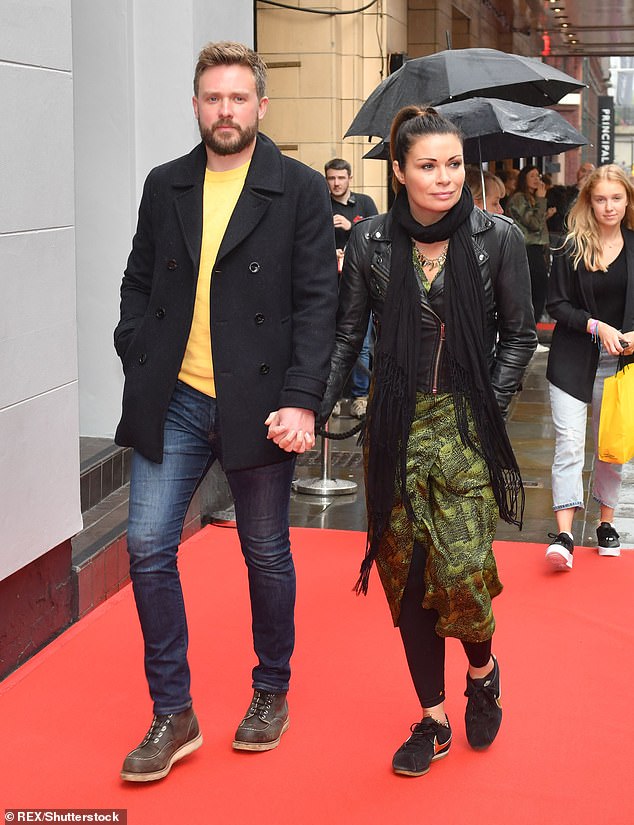 Exes: A source said: ‘Alison and David have sadly decided to separate. They were very much in love for a long time but have ended up growing apart’ (pictured in 2019)

With the proposal happening over the summer, a source told The Sun at the time that Alison is ‘very excited’ after her partner popped the question.

The source said some of Alison’s closest friends in the cast such as Kym Marsh and Jane Danson were thrilled to learn of her engagement news.

They said: ‘Ali is so popular with everyone on the cobbles. They think it’s wonderful.

Detailing their love story, the actress, who is known for playing Carla Connor on Corrie, revealed that they met in March 2018 after being set up by their mutual personal trainer.

‘The engagement is a lovely surprise. Ali is over the moon. Ali has ­obviously endured heartache in the past. But she is hoping those days are now firmly behind her. She is very excited about what the future holds.’

It comes after Alison broke off her engagement to Corrie sound technician Adam Huckett in 2012. The couple share daughter Daisy, ten.

Despite getting engaged in September 2011 on a trip to Paris, it was revealed in October 2012 that the pair had split.

Alison then dated Hollyoaks assistant director Paul Slavin, after the couple were spotted together in 2016. 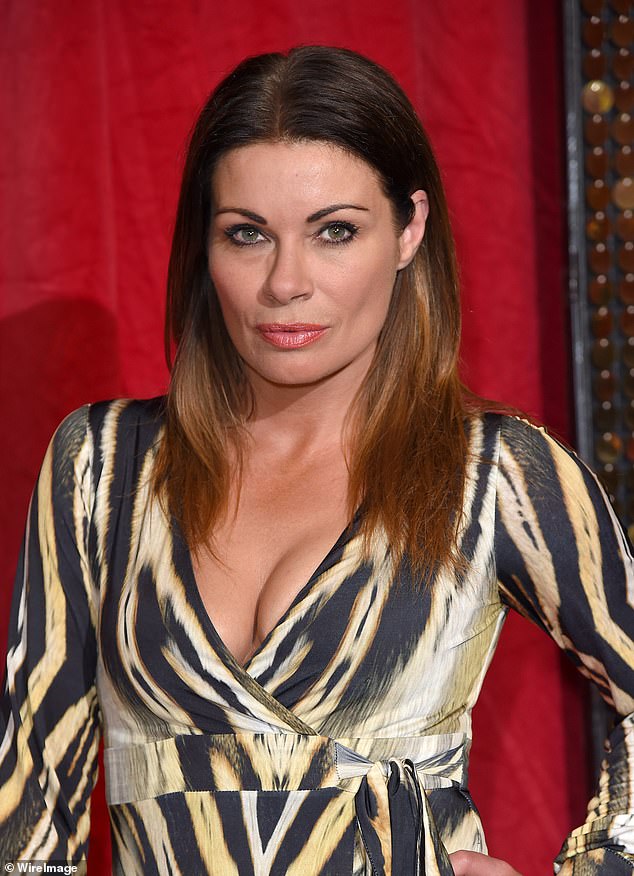 Onto the next: ‘They parted amicably and both wish each other the best in the future’ (pictured in 2016)