On Tuesday, grieving members of the former Luton and Watford defender’s family attended Alan’s inquest. That it was held via videolink, because of Covid, was not the only departure from the routine. The over-riding emotion at the conclusion, in what can often be a traumatic experience for loved ones, was one of vindication and almost relief.

Why? Because Sylvia and the rest of the family were adamant that Garner, adored by fans because he put his body on the line week in, week out, was the latest ex-pro to pay a terrible penalty for that dedication — and the coroner agreed.

In July, at the family home in Bedfordshire, he collapsed and died suddenly. It transpired that undiagnosed high blood pressure had triggered a fatal brain haemorrhage. But the family had known for almost a decade that something else was going on.

Sylvia noticed it first. ‘Up until 2011-12, there were no problems,’ she explains. ‘Alan was a normal, kind, attentive, person. But the first thing was that his memory started getting worse and I noticed a real difference. He was also getting short-tempered, which was unusual.

‘When questioned about his memory and temper, he would just say, ”There is nothing wrong with me, I’ve always had a bad memory.” As time went on he was losing his temper more, shouting obscenities at me, slamming doors and sometimes throwing things. We had neighbours coming around to see what was happening. It all continued to get worse and after much persuasion he agreed to visit the doctor.’

Garner, born close to Elephant and Castle and a Millwall trainee, was a fit, active man. After retiring in 1982 from a career that also included a stint at Portsmouth, he set up a double-glazing firm, from which he retired in 2009.

In semi-retirement he continued to play golf and worked part-time as a baggage handler at Luton Airport, a job he enjoyed. It is easy to see why he would dispute any notion of illness.

‘He had a memory test, MRI and PET scan and the results were normal,’ Sylvia recalls. ‘CTE (chronic traumatic encephalopathy — a progressive degenerative disease caused by repeated blows to the head) was mentioned during one consultation but the general opinion was “old age”. He said, “See, I told you there was nothing wrong with me”.’

But the nagging feeling would not go away. Further deterioration followed and he got to the stage where he had to ask for directions to get to his son Paul’s house. In September, Sylvia was turning 70. Ahead of the big day, daughter Michelle told her dad it would be his turn in February. 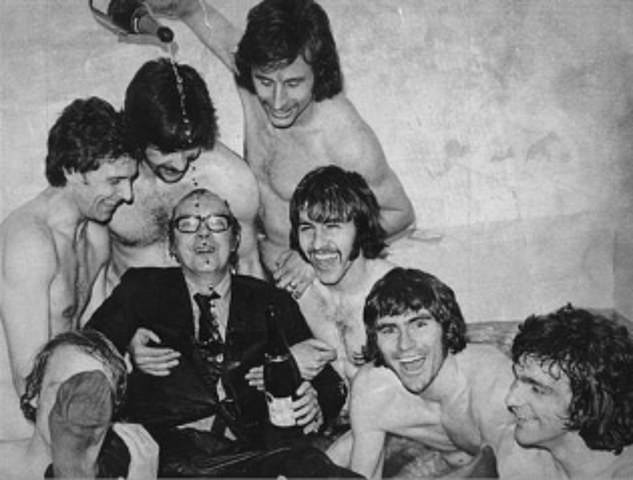 ‘Dad refused to believe he was 69,’ explains Paul. ‘He got out his phone and put the calculator on. He subtracted his date of birth from the year we’re in and the look on his face was one of shock. He literally did not know how old he was.’

Belatedly, the penny began to drop. ‘In the six to nine months prior to his death he was becoming aware that he had a problem,’ says Sylvia. ‘He would comment, “I don’t know what’s going on with my brain lately” and more than once said, “I’m getting really worried about my brain, I can’t remember anything”.’

A couple of years earlier, the family had lost a good friend. John Faulkner played alongside Garner at Luton. Headed balls alongside him. He spent the last years of his life in a nursing home. 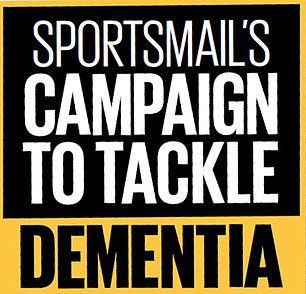 After his passing, his brain was donated to Dr Willie Stewart, who is carrying out the FIELD study which has thrown up alarming data about neurodegenerative disease in former players. As he would find later with Nobby Stiles, Dr Stewart uncovered extensive CTE.

It set alarm bells ringing in the Garner household. Paul often spoke with another former team-mate of his father. He recalled countless hours spent practising heading in training, often with a ball attached to a rope and players lining up to propel it forwards. Time and time again.

By the time Faulkner succumbed, his dementia had taken total control. Although they would never say it, Garner’s family were facing the prospect of similar deterioration until their beloved husband, father and grandfather died suddenly in July. Still grieving but determined to find answers, they called Dr Stewart. His report confirmed their fears and was sent to the Bedfordshire coroner.

‘It was single pathology CTE. There was no other dementia found in dad’s brain — it’s as simple as that,’ explains Paul.

In the meantime, Sportsmail launched our seven-point campaign calling on football to tackle its dementia crisis and which, on day one, featured a brave, stark and emotional piece from Josephine Sutton, mother of columnist, campaigner and former Celtic and Blackburn striker Chris. In it, Mrs Sutton detailed life with her husband, ex-professional Mike, who is in the advanced stages of dementia. 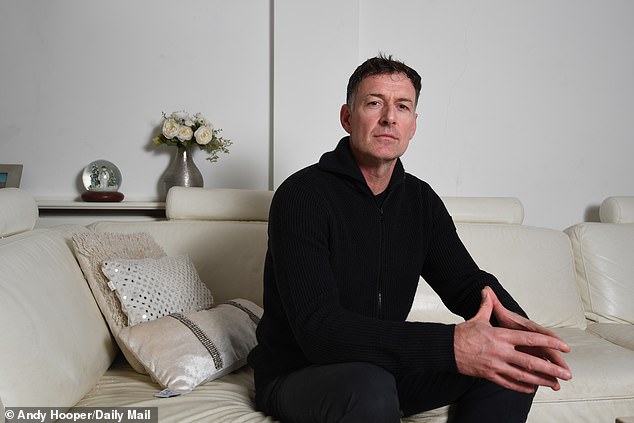 ‘A lot of the article written by Josephine Sutton could have been written by me,’ says Sylvia. ‘It seems strange to say, but thank God Alan passed away before he became totally incapacitated, which no doubt is the route he was going down.’

The family were concerned that the damage uncovered by Dr Stewart might not be referenced at the inquest. Those fears were unfounded.

Over the course of an hour, coroner Emma Whitting outlined clearly the impact of football on Garner’s health, quoting at length from Dr Stewart’s report. The narrative conclusion laid it out for all to see.

‘It is likely that injuries sustained during his football career contributed’, it read.

Although there were tears, that is why relief and vindication were present. Understandably, the family now wish to move on, but the part played by the sport amid this growing crisis is one they will continue to monitor.

‘The Professional Footballers’ Association are burying their head in the sand,’ says Paul. ‘This was caused by dad’s job. We knew that and now it’s official.

‘I saw they’d sent a legal letter to Dawn Astle (daughter of Jeff, who was ruled to have died from head trauma sustained during his career), trying to strong-arm her.

‘That’s ridiculous. This is their members’ lives. The career dad had ended his life early. That last 10 years wasn’t him. Football took him from us. Hopefully this verdict can help to change things.’