By Ben Spencer and Pat Hagan for the Daily Mail

Millions of elderly women are being denied life-saving breast cancer checks on the NHS due to the coronavirus pandemic.

Health chiefs have barred women over the age of 70 from requesting screening if they are worried about their risk of the disease.

GPs have even been ordered to remove all posters and leaflets promoting the service.

The ban, initially introduced over the summer, has been extended for the foreseeable future while screening clinics catch up with the backlog of checks on younger women.

These have been resumed recently as services have returned to normal.

But the Government has been unable to put a date on the return of screening for older women.

The issue adds to growing concern about the indirect impact of the pandemic on non-Covid health.

Official predictions suggest nearly 75,000 people will die over the next five years as a result of lockdown, including many who have missed procedures and hospital appointments due to disruption to the NHS.

Boris Johnson is under pressure to hold off on any further restrictions, for fear that they will again have a major impact on the NHS, and increase this toll further.

Experts have warned that the NHS has a mountain to climb to clear the screening backlog.

Baroness Delyth Morgan, chief executive of the charity Breast Cancer Now, said: ‘Not being able to attend screening is causing some women huge anxiety and concern. The Government and NHS must now set out clear plans for how the influx in demand for imaging and diagnostics will be met.’ 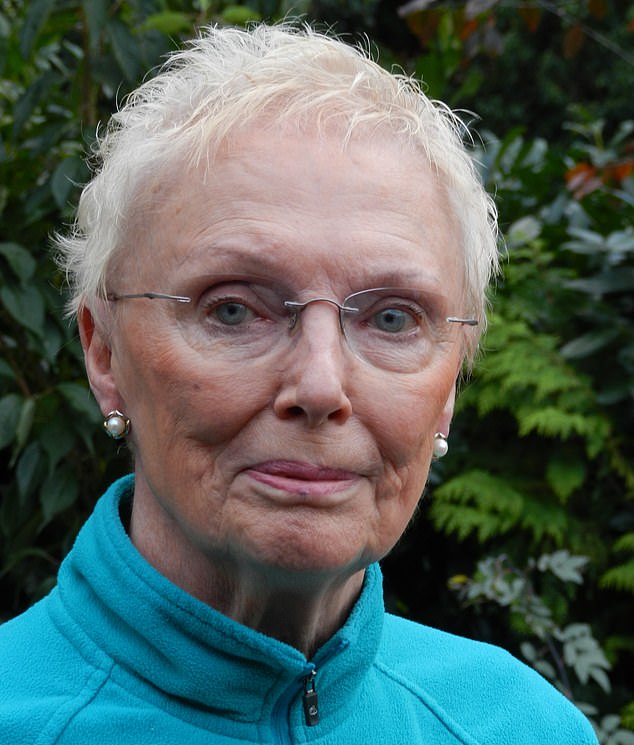 Breast cancer survivor and grandmother Janet Wilkie, 78, was forced to go private and pay £185 for a mammogram after being turned down by the NHS because of her age

The charity revealed last week that a million women missed out on breast cancer screening when it ground to a halt during lockdown.

It estimated the huge backlog meant the killer disease may have gone undetected in around 8,600 women.

A breast cancer survivor was forced to go private for a mammogram after being turned down by the NHS because of her age.

Grandmother Janet Wilkie, 78, has twice beaten the disease in the past and was due her latest scan in July, only to discover the ‘entitlement’ had been withdrawn because of the pandemic.

‘The fact I couldn’t get a scan was making me anxious,’ she said.

‘I have encouraged my friends to get mammograms because although we have to self-refer from the age of 71, it is still important to have one. They can be life-saving, as I know from personal experience.

‘I am lucky in that I could afford to pay the £185 cost of having a mammogram privately, but many people can’t.

‘It is an ageist policy [to suspend scans for the over-70s] and it isn’t fair. The downgrading or suspension of certain health services in order to focus on coronavirus is going to lead to many thousands of additional deaths. This will be the hidden legacy of this time we are living through and it shouldn’t be happening.’

Mrs Wilkie, a former industry manager, was previously diagnosed with breast cancer at the ages of 53 and 70.

Both times, the disease was only picked up by routine scans because she had no symptoms.

The mother-of-two and grandmother of three lives with her husband Douglas, 81, a retired engineer, in Kirby Muxloe, Leicestershire.

She added: ‘It does not sit easily with me that there are Nightingale hospitals sitting empty around the country while regular hospitals prioritise services around coronavirus to the detriment of those with other conditions like cancer.’

The breast screening programme, which prevents around 1,300 deaths and detects 19,000 cases a year, was suspended for four months in March.

The routine breast screening programme includes those aged 50 to 70, who are invited for mammograms at regular intervals.

Although older women do not receive these invitations, the NHS does encourage them to request a check every three years. It even provides leaflets and posters promoting the self-referral scheme.

Checks on women aged 50 to 70 have now restarted, but they are still suspended for those over 70. A

nd last month, NHS England wrote to thousands of GPs ordering them to stop advertising the checks to worried patients.

It said: ‘Self-referrals for breast screening in women aged 71 or over are currently paused. This is to support services in prioritising high-risk patients or those that need follow up tests and treatment.

‘Please check if you have any promotional materials on display (eg posters/leaflets) and remove any which refer to self-referrals for breast screening.’

It added: ‘Any woman concerned about symptoms of breast cancer should speak to her GP as soon as possible.’

Women over 70 are more at risk of getting breast cancer than those who are younger.

About one-third of breast cancers occur in this age group.

Yet studies suggest many older women wrongly assume the danger has passed as they no longer get called for routine checks.

NHS officials last night stressed that over-70s are not in the ‘core age group’ for breast screening, which is because younger women generally tend to get diagnosed with more aggressive cancer.

‘Breast screening is also offered to women identified as being at very high risk of breast cancer and it is vital that women contact their GP to discuss any concerns they have about any changes to their breasts, regardless of age.’