Coronavirus victim, 29, messaged his fiancé ‘thank you for the best life’ before he was put in a coma and died

A 29-year-old man who died after testing positive for coronavirus messaged his fiancee to say ‘thank you for the best life’ before he was put into a coma.

Miss Martin, a registered care manager at a supported living service for people with learning disabilities, said web designer Mr McKeag started working with her as a recruitment manager after the outbreak of the pandemic.

The couple, from Bacup in Lancashire, had been working on-call support shifts before they contracted the virus earlier in April.

‘We both had to self-isolate. Because we were key workers we were able to have the test and on April 13 we got a text to say we were positive for Covid.

Miss Martin said she rang 111 on April 16 because she was worried about Mr McKeag and he was taken to the Royal Blackburn Hospital by ambulance.

After 24 hours of trying to give him oxygen, doctors made the decision to put Mr McKeag into a coma and on a ventilator, she said.

Miss Martin spoke to her partner, originally from Hyde in Greater Manchester, for the last time over Facetime after one of the nurses called her.

She said: ‘He was the one trying to reassure me and telling me it was going to be OK.

‘He said, ‘I love you, please tell my gran that I love her’. 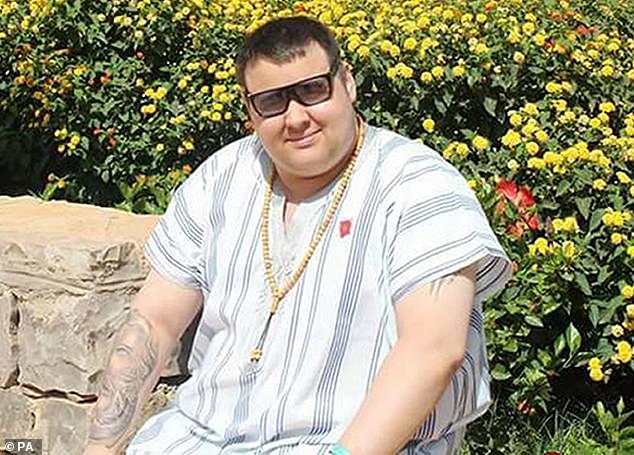 ‘After we spoke he messaged and said ‘thank you for the best life’.’

On Wednesday, Miss Martin received a call from the hospital telling her Mr McKeag had died.

‘I’m not allowed to see him now or go to the mortuary.

‘I’d been with him since I was 18 and we were living together for five years, I just don’t know life without him. 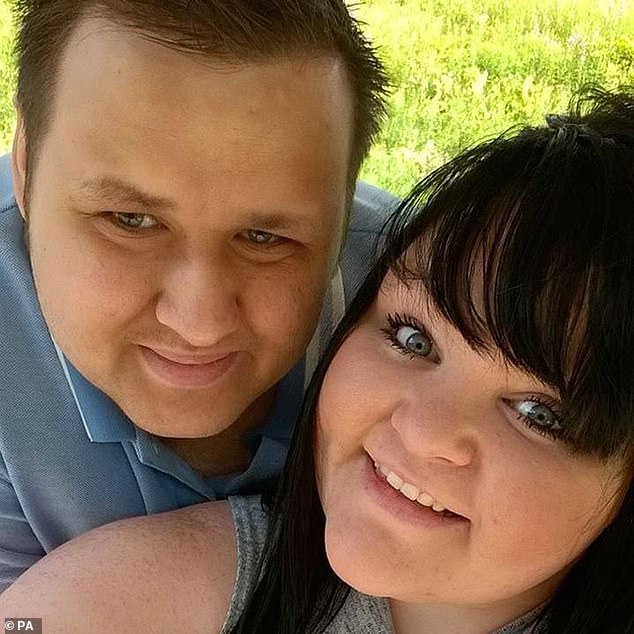 Ricky, seen here with Katie Martin, 25. The couple had been engaged since 2017

‘We were planning on hopefully moving into a bigger place and we wanted to get married next year, but we didn’t have a date set. We were going to have a baby too.’

The couple had been engaged since 2017, when Mr McKeag proposed on the plane as they flew to Marrakesh on holiday.

‘It was the most embarrassing moment of my life but I said yes, obviously,’ Ms Martin said.

‘He was so romantic and he wanted to let everyone know how much he loved me.’

She said Mr McKeag had suffered with asthma as a child but was otherwise healthy and had started regular gym sessions in the months before his death.

She said: ‘He was really happy and feeling good, positive.

‘We just thought, ‘we’re young, we’re healthy, we’re all right and there’s other people we want to make sure are OK’.’

A GoFundMe site has been set up to help with funeral costs.

To donate go to www.gofundme.com/f/xdexs-rest-in-peace-ricky.