Care homes could go out of business after Covid pandemic pushed ‘fragile’ sector closer to the edge, warns CQC report

By Steve Doughty, Social Affairs Correspondent for the Daily Mail

Care homes could go out of business after the coronavirus pandemic pushed the ‘fragile’ sector closer to the edge, the regulator said today.

In one area, the proportion of care homes dismissed as ‘inadequate’ or needing to improve was almost one in five.

A scathing report from the CQC said that these figures masked the deterioration in service that happened in some areas.

It added that the pandemic ‘has pushed social care even closer to the edge’.

Care worker Jane Ward and resident Zoe McCullough on her rounds at Ashwood Court residential care home in Lowton, Warrington, in July.  The above care home is rated ‘good’ 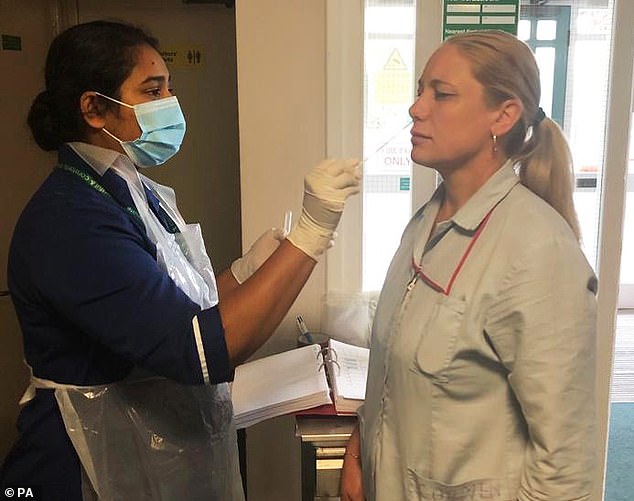 Chief executive Ian Trenholm said providers are still struggling to see the impact of Government-pledged money on the ground, adding: ‘These are businesses that were already operating on wafer-thin margins, Covid has made that worse, that money needs to arrive in days, rather than weeks and months.’

The inspection organisation said that more than 500 homes with 23,000 older residents have been continuously rated as needing to improve for years.

A third of people living in care homes in England haven’t had a coronavirus test in a month despite the Government’s pledge to run regular testing.

Out of 32,000 residents quizzed on whether they had been tested within the last 30 days, only 62 per cent said they had.

Officials said they would test all people living in care homes at least once a month to stop the virus breaking out among the people most at risk of dying of Covid-19.

At least 100,000 tests per day have been ring-fenced for the purpose and staff are also tested regularly to try and keep tabs on the virus.

A survey by the Data Analysis Bureau, however, found that one in three residents have not been tested.

Testing in the homes appeared to hit its highest point in June, when the UK’s outbreak was tailing off, but has plummeted now that the testing system is under pressure from the thousands of members of the public being tested each day.

The researchers said care residents will ‘remain at risk’ until there is regular, reliable testing available to them.

More than 1,200, with 42,000 residents, once qualified as good but have slipped back into the bottom ‘requires improvement’ or ‘inadequate’ levels of care home.

The findings were drawn up from inspections of care homes in the financial year that ended in March – the same month that lockdown began.

The CQC said that lockdown, during which nearly 20,000 care home residents died with Covid-19 within three months, had led to overburdened homes turning residents away, loneliness and stress because of visiting bans, and severe financial problems for owners of homes.

Mr Trenholm called for large-scale reforms. ‘Covid has pushed social care even closer to the edge, and we need to make sure that action takes place now,’ he said.

During the pandemic ‘the sector, already fragile, faced significant challenges around timely access to PPE, testing and staffing – and support was less readily available than it was for the NHS’, he added.

Across England, around four out of five of 23,546 adult care homes were rated as ‘good’ and one in 20 were ‘outstanding’ in the year to the end of March, the report said.

There were 186 homes newly rated as outstanding.

The worst ratings were in the West Midlands, where 19 per cent were considered inadequate or to need improving.

The report said: ‘Some of the poorest services struggled to make any improvement.’

The CQC report was released as it took responsibility for choosing 500 homes that will be exclusively for patients who are discharged from hospital after testing positive for Covid-19 but are too sick or disabled to go home.

The first are due to open at the end of the month.