Key workers who have lost their lives in the coronavirus pandemic were remembered today in a UK-wide silence.

People across Britain paused for a minute at 11am in sombre tribute to the sacrifice made by those on the front line, in roles ranging from doctors and nurses to carers, cleaners, porters and bus drivers.

Prime Minister Boris Johnson, who has just returned to work after recovering from Covid-19, joined the silence, which the Unison union, the Royal College of Midwives and the Royal of College of Nursing had campaigned for. 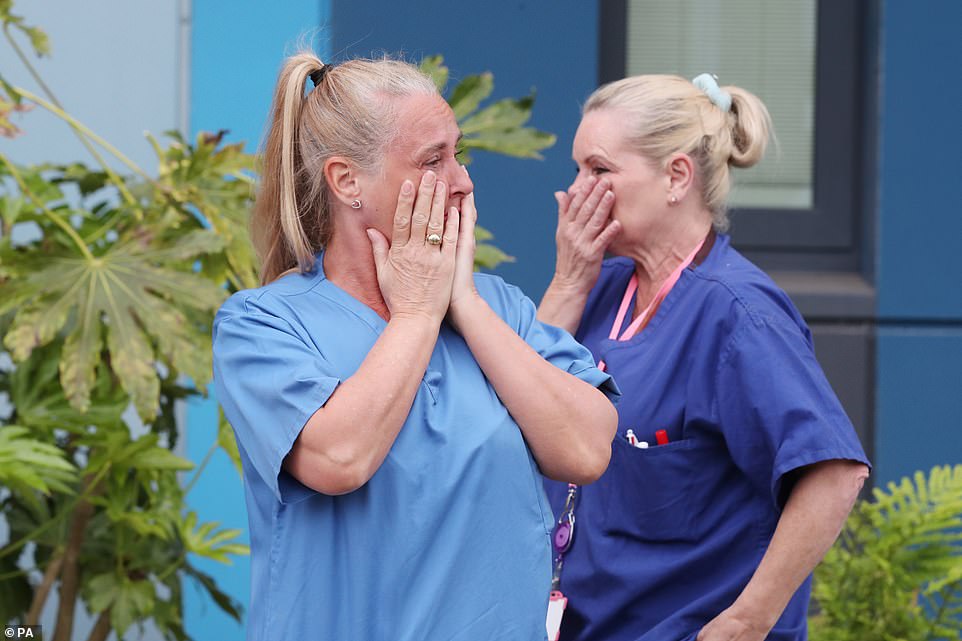 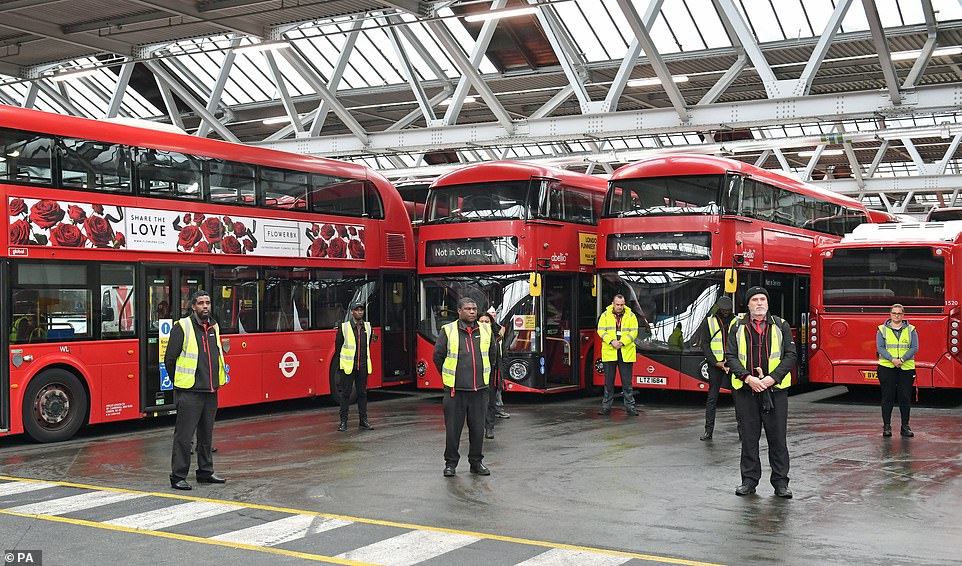 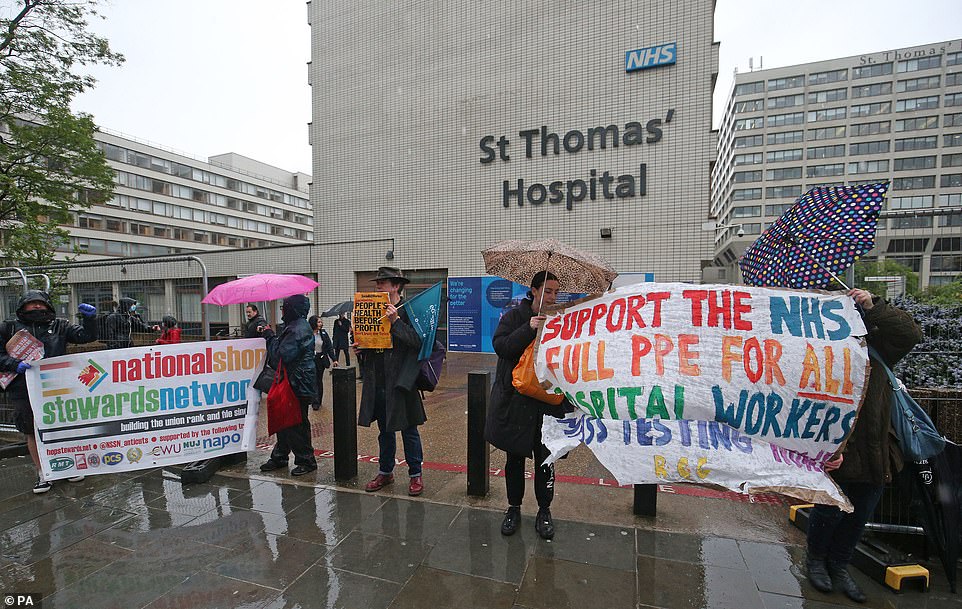 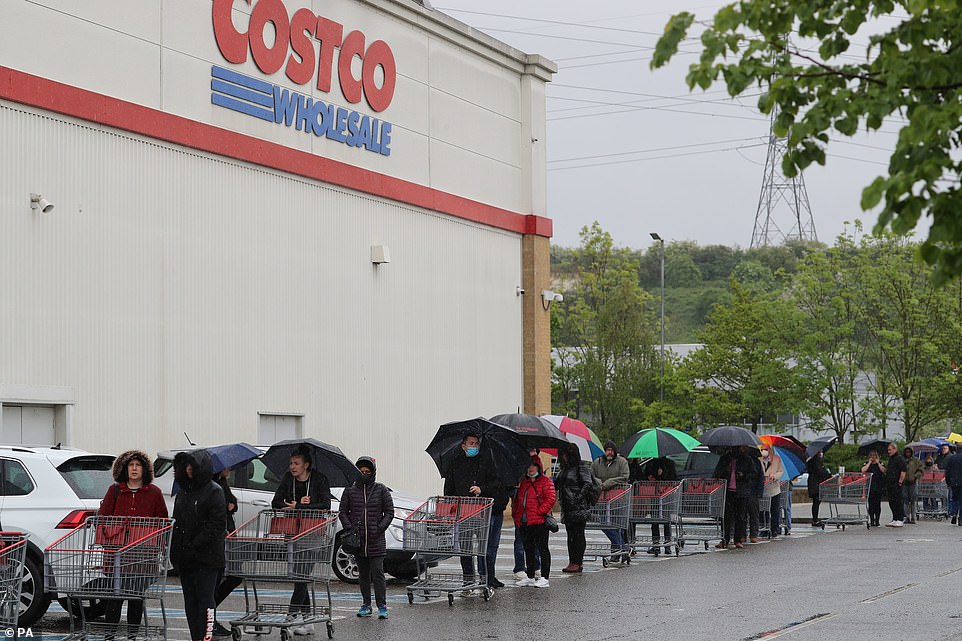 People queue outside Costco in Thurrock, Essex, this morning during a minute’s silence paying tribute to key workers 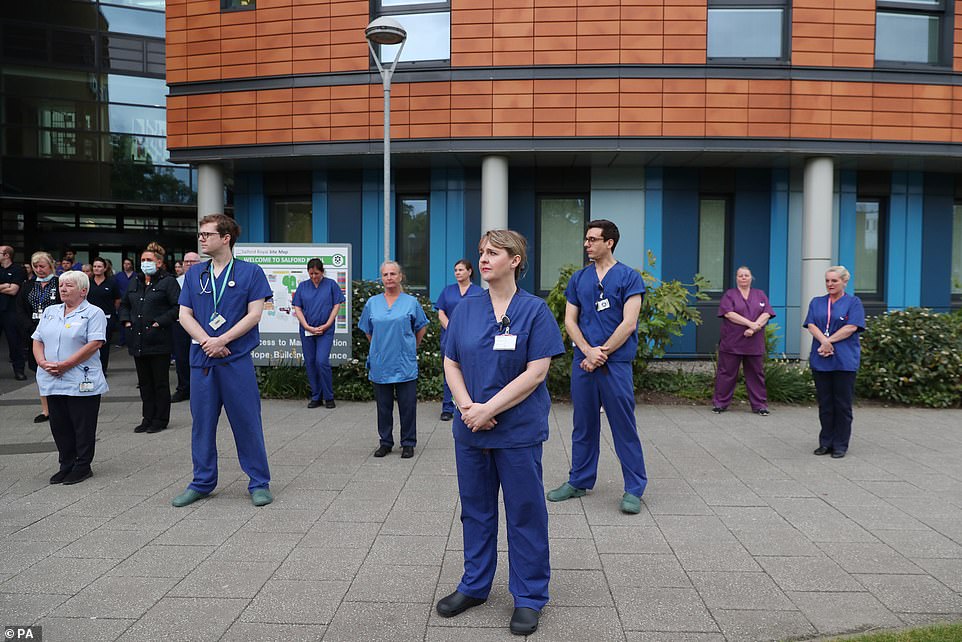 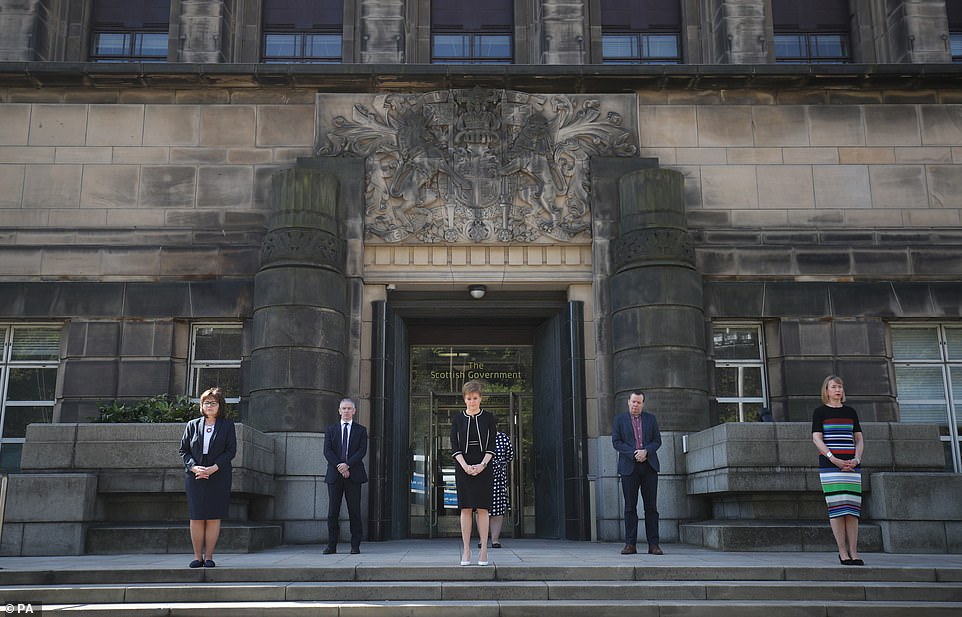 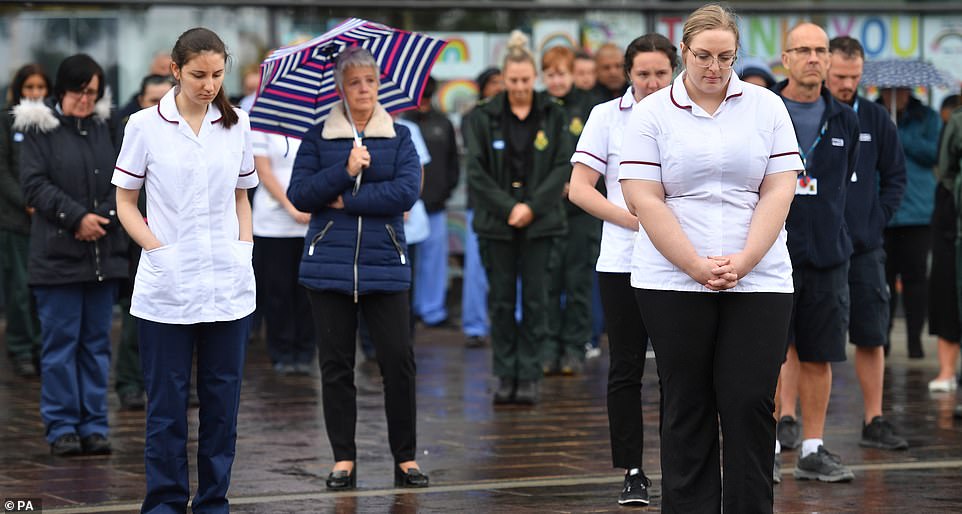 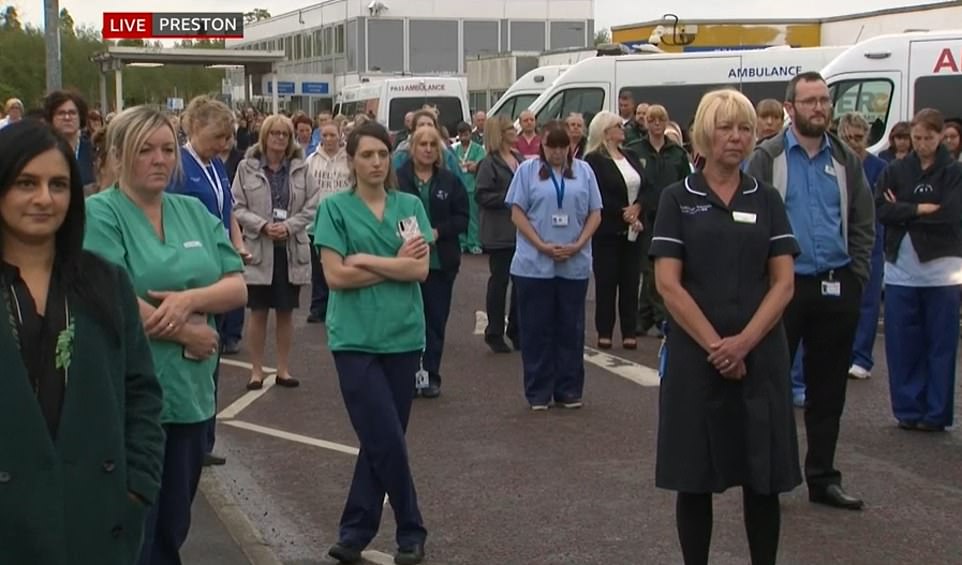 Dame Donna Kinnair, chief executive of the RCN, said: ‘I am heartened to hear how many people took part in the minute’s silence to honour the memory of staff who have tragically died during the pandemic.

‘We thought it was important to pay tribute publicly to those who have lost their lives to the virus, and I am proud that so many took the time to do so this morning.’

She issued an urgent call for protection of workers, saying the death toll must not be allowed to rise further.

‘An even greater task now remains – to stop more joining the tragic number of those who have died. All key workers, healthcare staff among them, must be afforded the greatest protection.’

Staff at various healthcare sites planned to gather safely where they could to remember colleagues. The deaths of more than 90 frontline NHS workers have been confirmed since March 25. 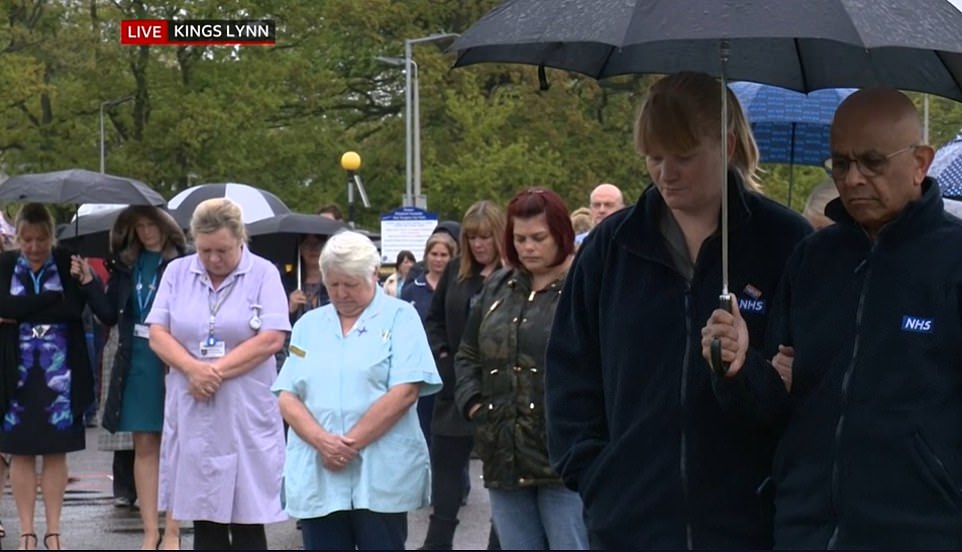 Nurses and other staff stand outside the Queen Elizabeth Hospital in King’s Lynn, Norfolk, for the silence this morning 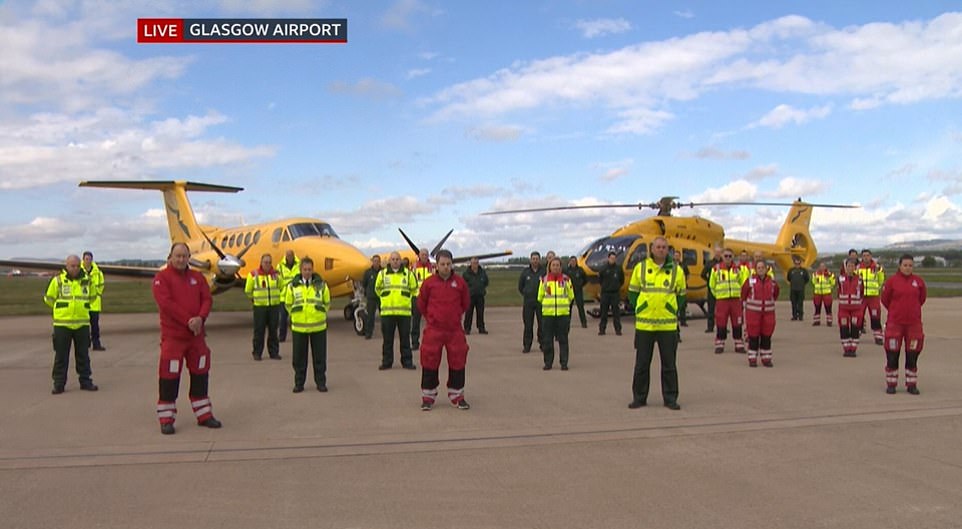 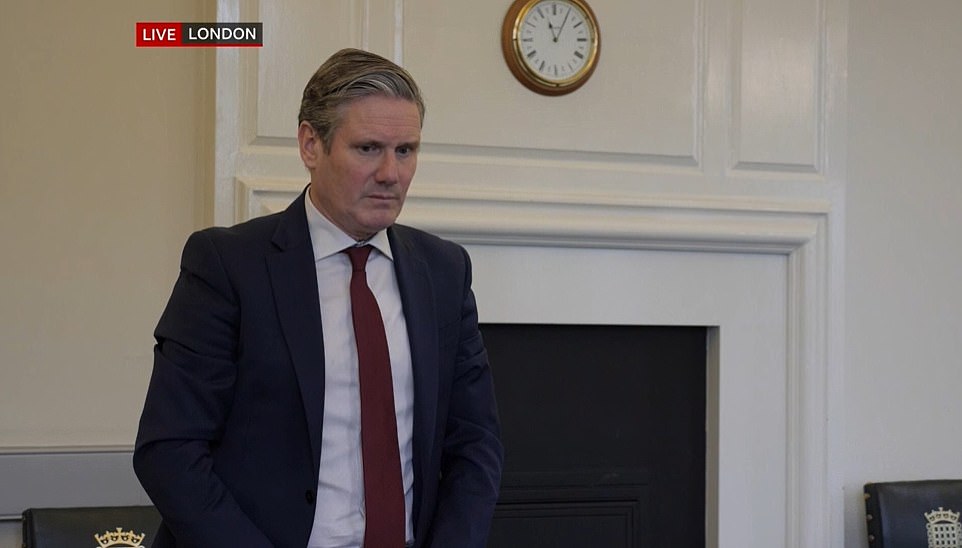 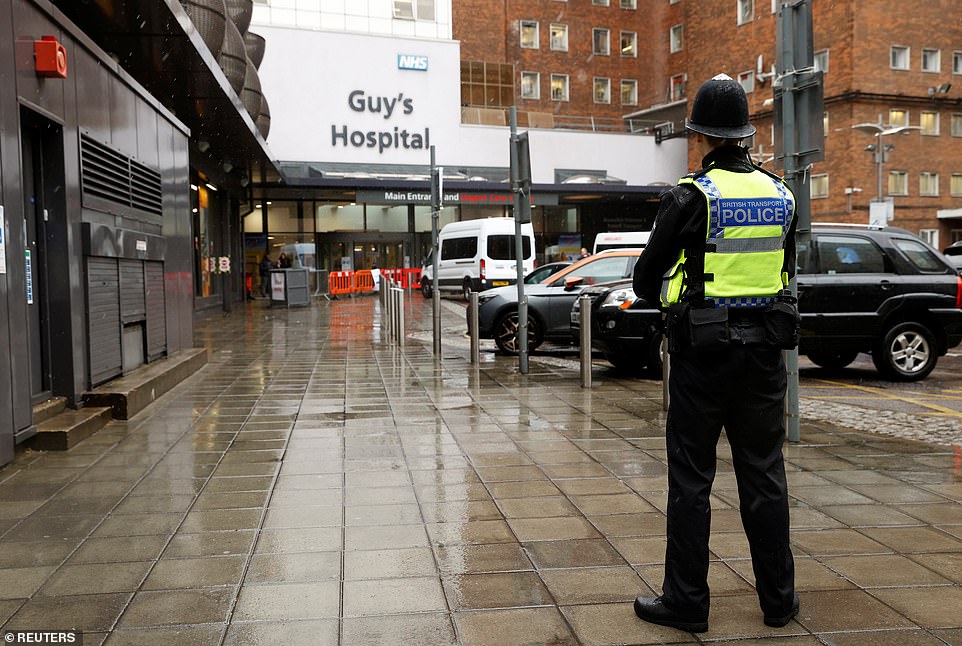 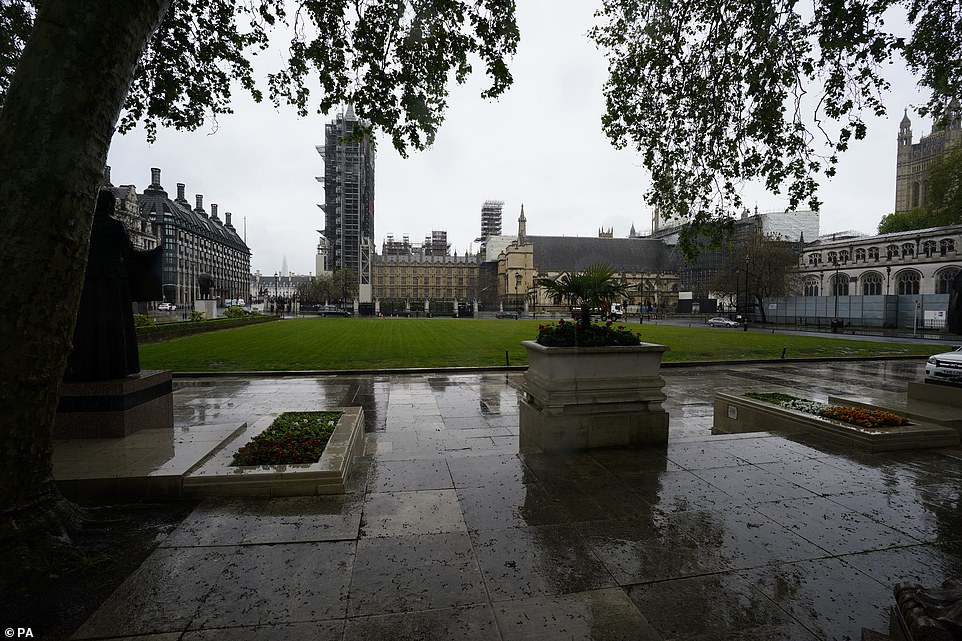 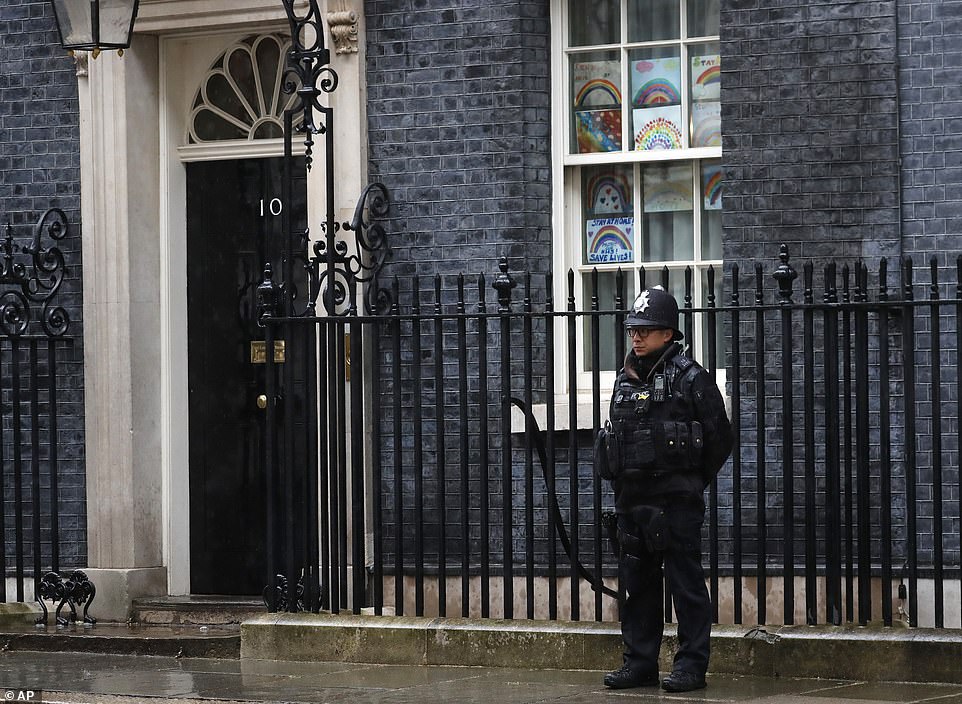 Carers and bus drivers are also among those who have died while carrying out their vital work during the pandemic. In a snapshot of how the silence was being marked across the UK:

Today’s silence – held on International Workers’ Memorial Day – was in stark contrast to the enthusiastic, loud clapping which has become a weekly focal point across the UK.

Andrea Sutcliffe, Nursing and Midwifery Council (NMC) chief executive and registrar, said: ‘Our tribute in silence today is as important as the noisy cheering for the NHS, social care and key workers on a Thursday evening.’

The Society of Occupational Medicine, whose members include more than 1,700 doctors, nurses, physiotherapists, occupational therapists and technicians, has said the goal should be zero work-caused fatalities.

It is calling for the Government to prevent any further work-related deaths and for employers to carry out risk assessments so people can safely return to their jobs whenever the lockdown is eased.