A coronavirus testing site has been set on fire and injured one of the security guards on duty.

The closed testing tent in Mernda, north of Melbourne, was set alight at around 10.35pm on Monday.

A coronavirus testing site in Mernda, north Melbourne, (pictured) was set on fire around 10.35pm on Monday night and a security guard on duty contacted emergency services 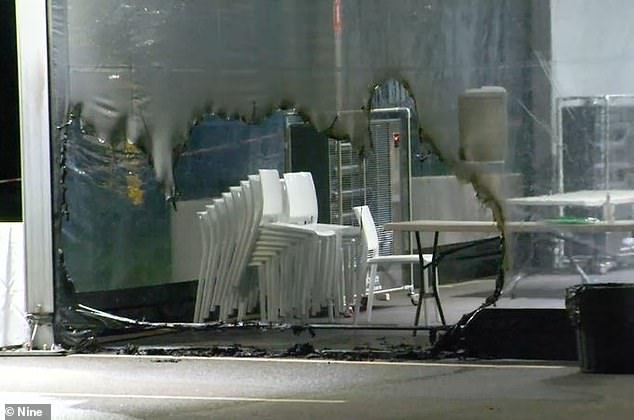 Fire Rescue Victoria rushed to the testing site to put out the blaze, which caused minor damage to the side of the marquee.

‘Three CFA units from Mernda and Doreen attended the incident.

‘A stop was issued on the incident at 10.52pm and the scene was handed to Victoria Police,’ the spokesperson said.

Paramedics also checked one of the security guards for minor smoke inhalation and he was cleared to resume work.

Victoria Police are investigating the incident and are seeking to speak to three men aged in their twenties.

The men were spoken to by the security guards shortly before the fire started. 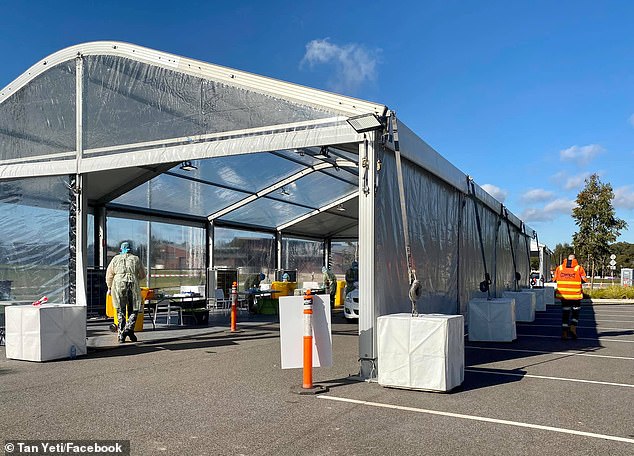 Anyone with information has been urged to contact Crime Stoppers.

The figures come after the state recorded its highest death toll yet with 41 fatalities on Monday.

Melbourne remains under a draconian stage four lockdown where residents must remain indoors between 8pm and 5am.

Melburnians may leave their homes for one hour of exercise per day and must remain within 5km of their homes.

It is also mandatory to wear a mask unless conducting strenuous exercise or because of a valid medical condition.

Victorian Premier Daniel Andrews is also expected to change the state of emergency legislation on Tuesday and prepare a roadmap to easing restrictions on Sunday. 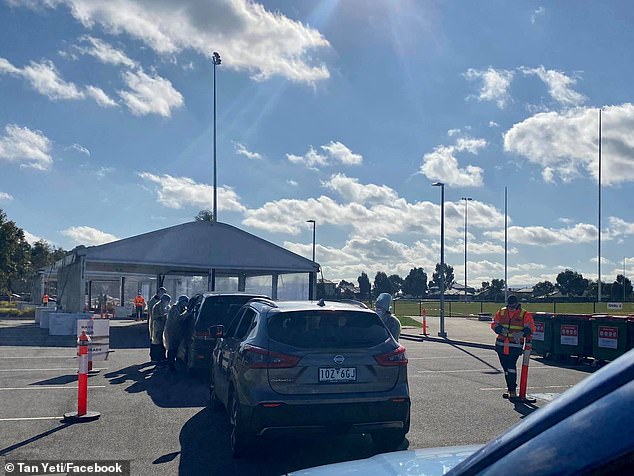