A bombshell new report has claimed that coronavirus originated in a Chinese laboratory, not as a bioweapon, but as part of bungling experiments to prove Chinese scientists were superior to Americans in identifying emerging virus threats.

Coronavirus first crossed to humans during experiments with bats at the Wuhan Institute of Virology Lab, multiple sources who have been briefed on intelligence details and seen relevant materials told Fox News.

After word of the outbreak finally became public, Chinese leaders were quick to blame Wuhan’s ‘wet market’ where wild animals — though not bats — are sold for consumption, leading one source to call the debacle the ‘costliest government coverup of all time.’

‘Patient zero’ worked at the Wuhan lab, and spread the virus into the local population after leaving work, sources told the outlet.

Workers are seen next to a cage with mice (right) at the Wuhan Institute of Virology in a file photo. US officials reportedly believe coronavirus first crossed over to humans inside the lab 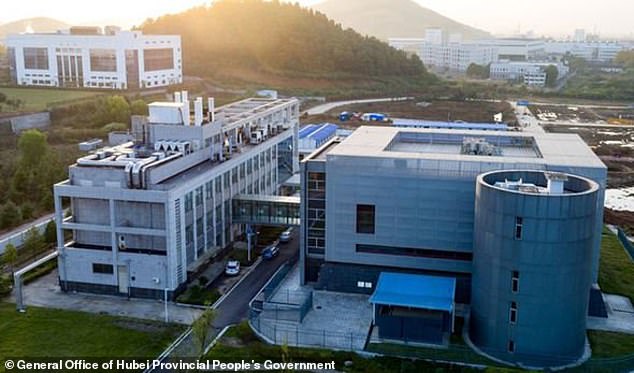 The Wuhan lab is China’s only bio-safety level four (BSL-4) facility, and has long been eyed with suspicion as scientists try to determine how the deadly virus crossed over into humans.

However, suspicion of the lab was quickly dismissed as a ‘conspiracy theory’ by some who insisted, like the Chinese leadership, that a wild animal market must have been the source.

Though scientists say that genetic evidence indicates the virus was not artificially engineered and likely originated in bats, there is nothing in the genetic data to indicate where and how the virus first crossed to humans.

In early 2018, the U.S. Embassy in Beijing sent two official warnings back to Washington about inadequate safety at the Wuhan lab, including that it was conducting risky studies on pathogens in the coronavirus family in bats, the Washington Post reported Wednesday.

The cables warned about safety and management weaknesses at the lab and proposed more international assistance.

The Wuhan lab was originally set up with assistance from the French and American governments, but in recent years the Chinese have rebuffed international assistance there and tried to prove their ability to work independently.

Officials at the Wuhan lab have previously dismissed any allegation that the virus emerged from the facility, calling them baseless conspiracy theories.

On Wednesday, it emerged that top Chinese officials waited six days to warn the public after becoming aware that a viral outbreak was causing a rash of deadly pneumonia cases in Wuhan.

In the meantime, residents in Wuhan hosted a mass banquet for tens of thousands of people, and millions began traveling for Lunar New Year celebrations. 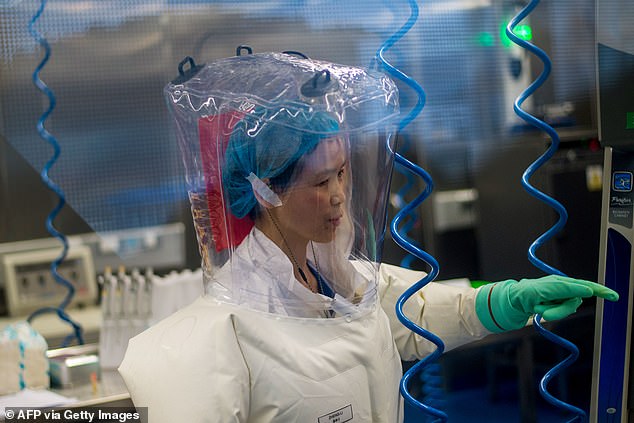 A worker is seen ninside the P4 laboratory in Wuhan. Chinese leaders waited six days after becoming aware of the outbreak in Wuhan to warn the public 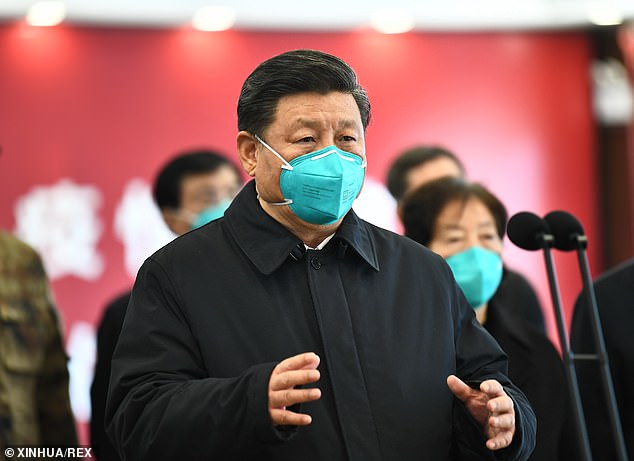 Chinese President President Xi Jinping waited six days to warn the public after learning of the deadly outbreak in Wuhan that has gone on to kill 130,000 around the world

President Xi Jinping warned the public on the seventh day after top Communist Party leaders learned of the outbreak, January 20.

In the meantime, the Chinese government arrested or silenced doctors and citizens in Wuhan who tried to speak out about the disturbing new outbreak.

Even the mayor of Wuhan suggested in an interview with Chinese state television that Communist Party leadership prohibited him from warning the public until January 20.

By the time Xi issued the public warning, more than 3,000 people had been infected during almost a week of public silence, according to internal documents and expert estimates based on retrospective infection data.

The delay from January 14 to January 20 by the first country to face the new coronavirus came at a critical time – the beginning of the outbreak.

China’s delay set the stage for a pandemic that has infected more than 2 million people and taken more than 133,000 lives worldwide.

‘This is tremendous,’ said Zuo-Feng Zhang, an epidemiologist at the University of California, Los Angeles. ‘If they took action six days earlier, there would have been much fewer patients and medical facilities would have been sufficient. We might have avoided the collapse of Wuhan´s medical system.’