Intense social distancing measures have forced businesses to shutter, investor confidence to slide and the government to splurge billions on bailout packages.

Reading bleak forecasts with increasing nervousness, hawkish members of the Cabinet are reportedly calling for restrictions to be eased to fire up the British economy.

But they are receiving push-back by the so-called ‘doves’, who argue an economic hit is a price worth paying for protecting human life.

Yet the value attached to a British life is finite and placed by health bosses at £2.4million.

One year’s life is valued at around £20,000 to £30,000, according to guidelines from the National Institute for Care and Health Excellence (NICE), which is busily assessing treatments for Covid-19.

The guidelines mean that if the necessary treatment costs more than £30,000, it is less likely to be recommended for use in the NHS.

Research shows that the typical value of life is higher in Germany, the United States, Canada and Australia than it is in Britain.

This graph shows the estimated ‘value of life’ in ten countries, calculated by their life expectancy multiplied by the typical value attached to a year’s additional life. Britain has specific guidelines on the subject, while many countries’ figures are academic estimates

Wealthier nations can afford a higher value, meaning that Europe’s figures are typically higher than those in Asia.

The cost of a so-called ‘quality-adjusted life year’ or QALY is used as a benchmark by many health authorities around the world, although many countries do not have such specific guidelines in place as Britain does.

In the UK, NICE uses a threshold of £20,000 to £30,000, meaning treatments and technologies within that range will be subject to review.

‘Generally, we consider that interventions costing the NHS less than £20,000 per QALY gained are cost effective,’ NICE says.

Treatments costing more than £30,000 will need to be justified by ‘an increasingly stronger case’ that it is a good use of NHS resources, the agency says.

The body warns that ‘we obviously can’t just say yes to anything and everything’, but says that the cost of a year’s life is never the ‘sole determinant’ in its decisions.

NICE has sometimes recommended spending more than £30,000 when it has identified ‘additional benefits’ of using the treatment, it says.

Health experts warn that spending too much means resources are diverted away from other patients who might benefit more.

The cost of extending a coronavirus patient’s life is not yet clear, but hospital treatment in the US has sometimes cost tens of thousands of dollars.

The British Medical Association says in its Covid-19 guidance that ‘all patients should be given compassionate and dedicated medical care’ until the end of their life.

‘Nevertheless, it is legal and ethical to prioritise treatment among patients,’ the BMA says.

Patients with a high probability of dying ‘would not be considered for intensive treatment,’ the advice says, although they should still receive medical care.

However, it is not up to doctors on coronavirus wards to make the £30,000 assessment, which applies to newly created treatments.

The Nuffield Trust has also identified an ‘ugly question’ of whether the economic impact of the lockdown is worthwhile for the value of the lives saved.

Experts warn that deaths from other illnesses are likely to increase because medical resources are so heavily oriented towards coronavirus. 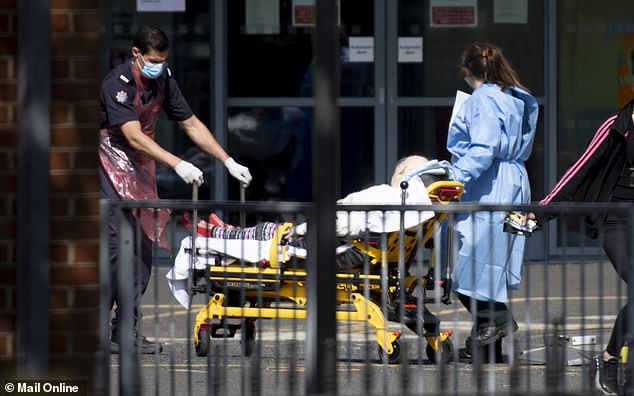 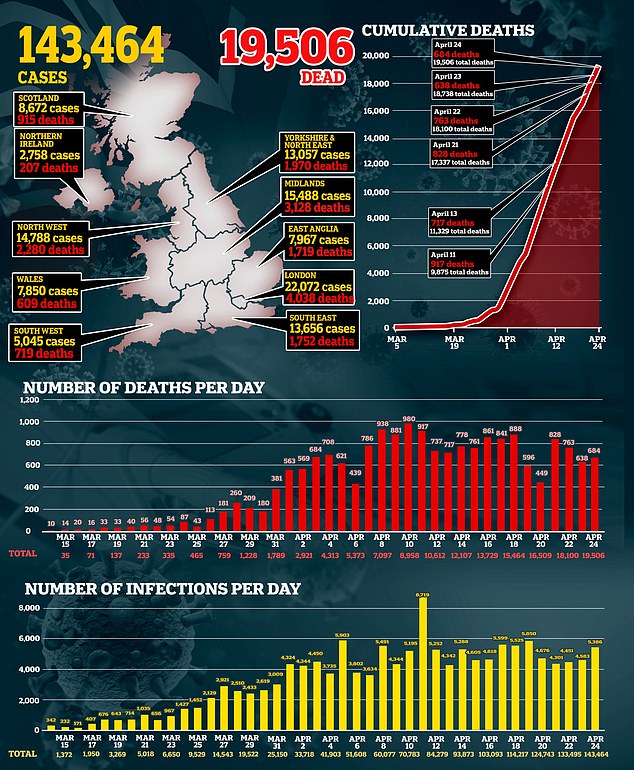 This graphic shows the latest figures in the UK, where the numbers of new infections and deaths were both higher today than yesterday

In the United States, some agencies are banned from using QALY measures and there is no specified value for an extra year of life.

One estimate puts the figure at around $100,000 for an extra year, which would mean around $8million for a typical 80-year life.

The Department of Transportation identified a value of $9.6million in 2016 in a discussion of the cost and benefits of preventing fatalities.

Kip Viscusi, an economist at Vanderbilt University, has estimated a figure of $10million (£8.1million) using a different methodology, based on how much people are paid to accept a higher risk of death in jobs such as construction and mining.

Speaking to NPR, he said there was around a 1 in 25,000 chance of dying on the job in any given year.

He explained: ‘To convince workers to take this risk, companies have to pay them an extra $400 a year – each of them.

Elsewhere, scientists at the German Cancer Research Centre estimated the thresholds used by a series of countries in 2018.

The researchers found that the value of a year’s life was higher in Europe than in Asia, and higher still in North America.

In Europe, the ‘willingness to pay for a life year gained’ was around 5.2 times the country’s GDP per capita. In North America the figure was 6.9, they said.

‘We have no compelling explanation why North Americans are prepared to pay more for a life year gained than the rest of the world,’ one of the researchers said.

However, ‘acceptance for higher health costs increases disproportionately in countries with higher available incomes,’ they said.

Germany’s life expectancy is 81, meaning that the implied value of a full life is around £12million, higher than in Britain or the United States.

Germany does not use an explicit value in the same way as Britain, saying it ‘compares the relation between cost and benefit for each individual disease’.

Researchers have suggested that Germany is especially cautious because the cold-hearted treatment of human life is a particularly sensitive subject there.

‘The utilitarian mindset which underpins the British approach would not be accepted in Germany,’ a former director of Germany’s equivalent of NICE has said. 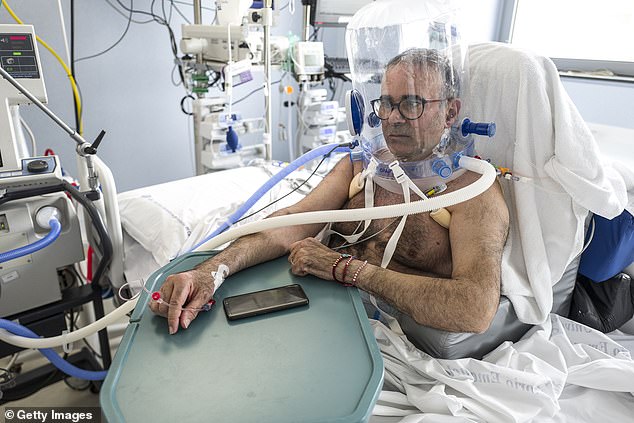 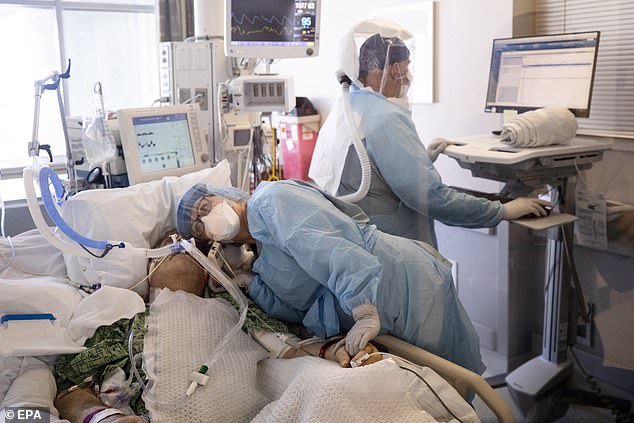 The scientists who estimated the German figure also provided numbers for Australia, Canada and New Zealand when they presented their findings in 2018.

The World Health Organisation has previously recommended a figure of three times a country’s GDP per capita for the value of a year’s life.

Medical treatment costing less than that is generally considered ‘cost-effective’ but more expensive interventions are not, a report found.

However, the WHO says this is only a ‘generic global norm’ which should not be applied indiscriminately.

Poland adopted this figure in 2012 for its decisions on paying for pharmaceuticals, the WHO says.

In South Korea, a study published in the journal Medicine in 2018 said the typical threshold for one year’s life was around 20million won (£13,000).

That suggests a whole-life value of around £1.1million, although the threshold is higher for anti-cancer drugs provided to some patients.