British Airways cabin crew have been detained by hazmat-suited officials in Hong Kong after one of them tested positive for coronavirus.

The staff were forced out of their plush Marriott hotel by the authorities and shuttled to an austere Covid quarantine camp elsewhere in the city.

Ellie Freeman, a stewardess from High Wycombe, posted a series of Snapchats as she and her colleagues were given just 30 minutes to pack up before being shuttled to austere portacabins.

The cabin crew have been told that they must remain on the site for two weeks where they have a basic menu to choose from in their twin rooms fitted with barracks-style beds.

Ellie Freeman, a stewardess from High Wycombe, posted a series of bleak broadcasts to her Snapchat profile as she and her colleagues were given just 30 minutes to pack up at the hotel before being shuttled to desolate porta cabins 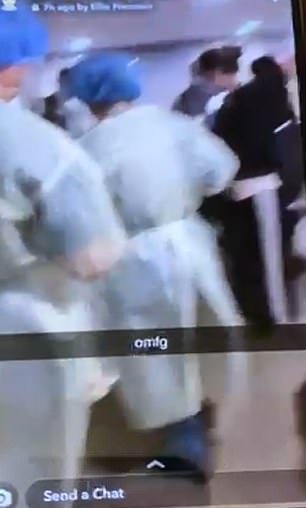 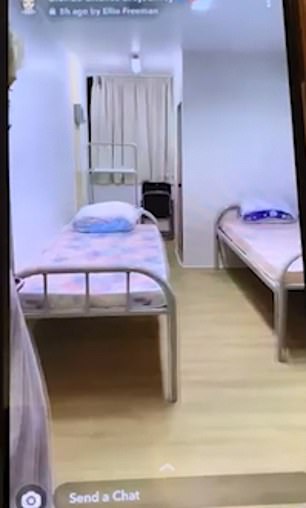 Ms Freeman’s Snapchat shows health officials arriving to take she and her colleagues away from the hotel, left, and her new accommodation, right 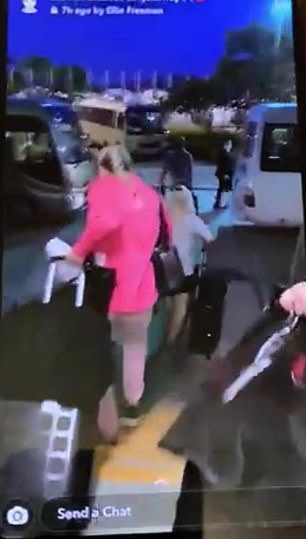 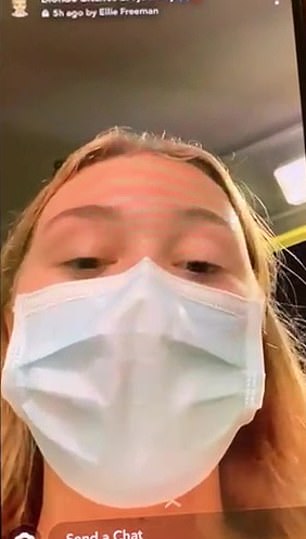 The BA cabin crew being ferried to their new accommodation, left, and Ms Freeman with her mask on, right

Ms Freeman videoed how she had stuffed her suitcase full of toiletries from the Marriott before being escorted out.

She also claims that she was charged 60 HK$ (£6) for sanitary products. 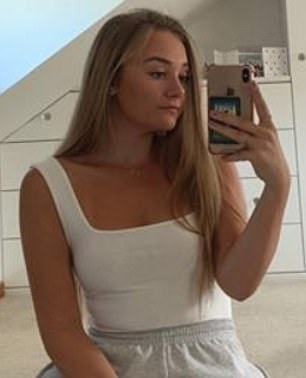 Ms Freeman’s Instagram carries the strapline: ‘made in england. travelling the world.’

It is not clear whether she and her colleagues are having to fork out for other aspects of their accommodation.

Ms Freeman also appeared to lash out at her employer in one of her posts.

‘Love that from BA that the flight crew can go home and we all have to stay here. What the f***,’ she said.

The average starting salary for a junior member of the cabin crew such as Ms Freeman is £15,000.

Senior pilots to long-haul destinations such as Hong Kong for airlines of BA’s repute rake in north of £150,000.

A spokeswoman for British Airways told MailOnline: ‘Our teams in Hong Kong and London are helping to care for our cabin crew members, providing them with support and additional supplies to make sure their stay is as comfortable as possible, after the authorities requested they quarantine in accordance with local Covid-19 regulations.

‘We work closely with governments in every country we fly to, and always put the safety and wellbeing of our teams and customers at the heart of everything we do.’

Hong Kong, now very much under Beijing’s thumb, introduced a tightening of its draconian coronavirus restrictions at the beginning of the month.

It also has plans to add Britain to its list of high-risk countries from next week. 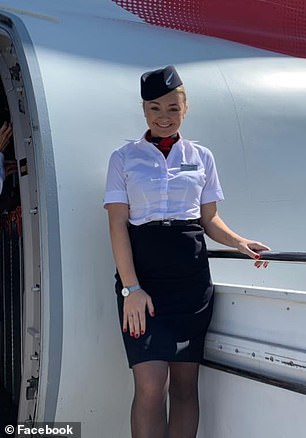 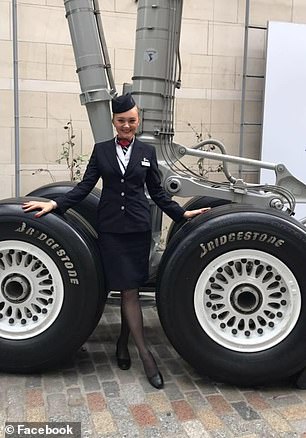 Ellie Freeman, a stewardess from High Wycombe, is holed up in a coronavirus camp in Hong Kong after one of her colleagues tested positive for coronavirus 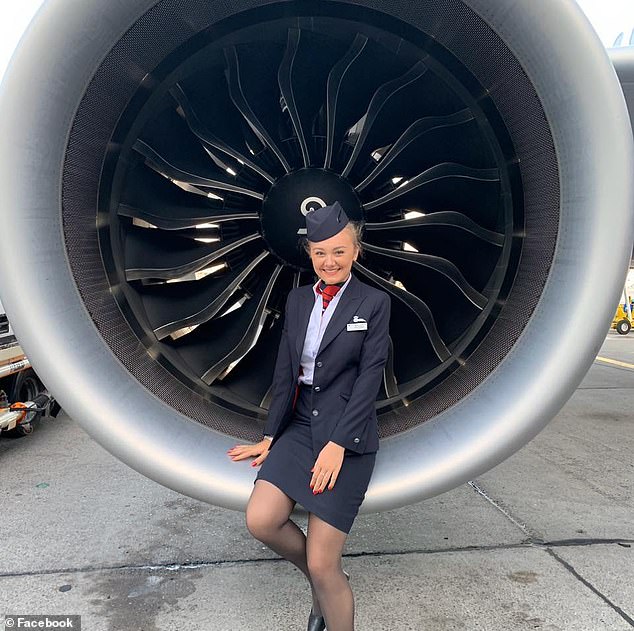 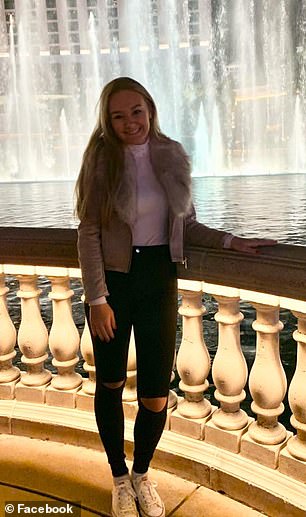 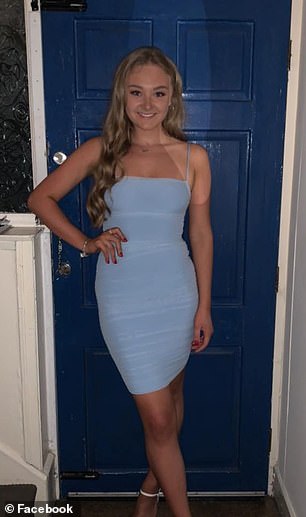 Ms Freeman was outraged that she was being charged for sanitary products by the enforcers in Hong Kong (pictured: in social media posts, left and right)

While some restaurants remain open, only groups of four are permitted – this includes people from the same household – and all bars have been closed.

The commercial hub has recorded a total of just 5,000 coronavirus cases and 103 deaths – many experts attribute this relatively low level of the virus to crackdowns on liberty unconscionable in the West.