By Rory Butler For Mailonline and Ap

The global coronavirus outbreak has sparked a rise in anti-Semitic expression blaming Jews for the spread of the disease and the economic recession it has caused, Israeli researchers say.

The findings, which came in an annual report by Tel Aviv University, show an 18% spike in attacks against Jews last year.

The report warns that the pandemic has threatened to amp up incitement even more.

Although they did not include 2020 statistics, the researchers said the hatred has come from sources as varied as right-wing European politicians, ultra-conservative American pastors, anti-Zionist intellectuals and Iranian state authorities.

The coronavirus sparked a rise in anti-Semitic expression blaming Jews for the spread of the disease and economic recession, researchers say. Pictured: Six torches in memory of Jewish Holocaust victims during a ceremony in Jerusalem, marking Holocaust Remembrance Day 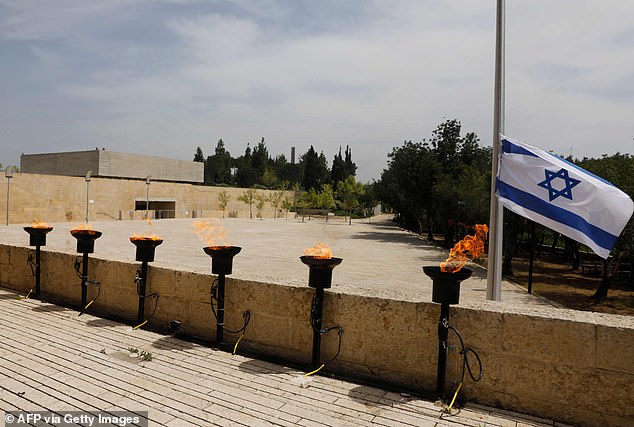 ‘Since the beginning of the Covid-19 pandemic, there has been a significant rise in accusations that Jews, as individuals and as a collective, are behind the spread of the virus or are directly profiting from it,’ said Moshe Kantor, president of the European Jewish Congress, an umbrella group representing Jewish communities across the continent.

‘The language and imagery used clearly identifies a revival of the medieval `blood libels’ when Jews were accused of spreading disease, poisoning wells or controlling economies.’

Tel Aviv University’s Kantor Center for the Study of Contemporary European Jewry releases its report every year on the eve of Israel’s Holocaust Remembrance Day, which begins Monday at sundown.

Researchers said the 18% increase in anti-Semitic violence in 2019 continued a steady rise of recent years.

Seven Jews were killed in 2019 in more than 450 attacks across the globe against synagogues, community centers and other Jewish targets. 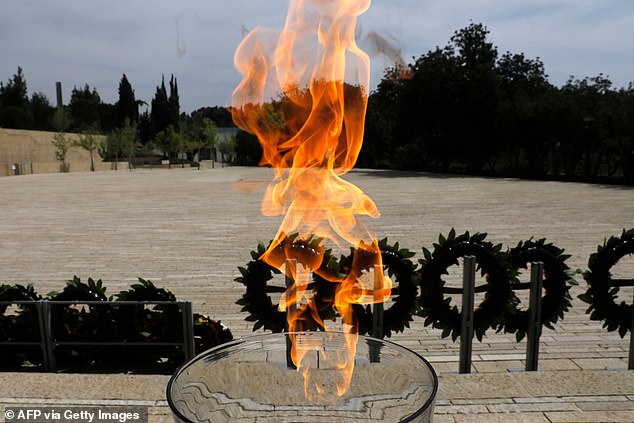 The researchers said the hateful response to the novel coronavirus – and the Covid-19 illness it causes – was the continuation of an ancient form of anti-Semitism that involves blaming Jews when ‘things go wrong.’

They recorded expressions such as pinning the source of the virus on Jews rejecting Christ, to accusing Jews of perpetrating the virus’s spread in order to profit from vaccines they would ultimately create to combat it.

The FBI also warned against calls coming from neo-Nazis and white supremacists to spread contagion among Jews.

Kantor warned that the virus had the potential to spark populist extremism, similar to what erupted after the Great Depression and contributed to the rise of Nazism.

The dire warning comes on the heels of another difficult year for Jews, capped by the October shooting attack on Yom Kippur against a synagogue in the German city of Halle.

Germany averaged five anti-Semitic incidents a day in 2019. Overall, at least 169 Jews were physically attacked in the world in 2019, some close to or even in their homes.

A recent survey, led by the European Union Agency for Fundamental Rights, found that four out of 10 European Jews under the age of 60 have considered emigrating because of the rise in anti-Semitism.

It doesn’t say where they want to emigrate. Also, the survey said eight out of 10 feel anti-Semitism is a problem in their countries.

Several governments have taken additional measures to protect Jews, with more than 20 countries adopting the working definition of anti-Semitism as outlined by the International Holocaust Remembrance Alliance.

A Code of Conduct against illegal hate speech on the web was also signed in 2019 with internet platforms such as Facebook, Twitter and YouTube vowing to scan material identified as such and remove it within 24 hours.

In January, Israel hosted dozens of world leaders for the largest-ever gathering focused on combating anti-Semitism.