Why coronavirus is more devastating for older patients: The virus can more easily multiply and spread throughout the body in ‘stiff’ lung tissue seen in the elderly

‘Stiff’ lung tissue seen in the elderly may be why the novel coronavirus is more deadly to older patients, a new review article suggests.

The virus invades mucosal cells – cells that produce mucus – before multiplying and spreading throughout the body.

Researchers say the virus replicates itself better in these stiff cells, found in the lungs and upper respiratory tracts of older people, which allows the disease to spread faster.

The team, led by the Massachusetts Institute of Technology, says its findings indicate the prevalence of the virus may not be due to the weakening of the elderly’s immune systems as many scientists suspect.

Coronavirus first enters the cells that produce mucus before ‘hijacking’ the machinery to replicate itself and spread throughout the body. Pictured: EMTs transport a patient from a nursing home to an emergency room bed at St Joseph’s Hospital in Yonkers, NY. April 20 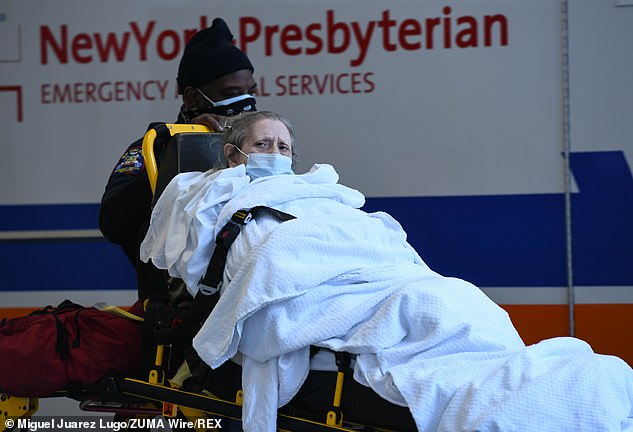 These cells, found in the lungs and respiratory tract, are ‘stiffer’ in older patients due to more protein fibers. Pictured: An elderly woman is released from New York Presbyterian Lower Manhattan Hospital in New York City, April 21 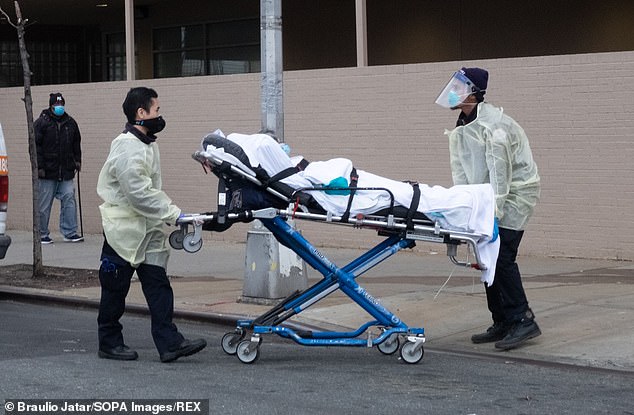 Researchers say this stiff tissue provides the best conditions for the virus to multiply and infect other cells. Pictured: An elderly woman suspected of having COVID-19 is brought into Wyckoff Medical Center in Brooklyn, New York, April 17

When humans are infected with the new strain, known as SARS-COV-2, the virus first attacks cells that secrete mucus in the respiratory tract.

After the virus invades a cell, it ‘hijacks’ the machinery of the cells to replicate itself thousands of times.

In older people, tissue in the lungs and respiratory tract are stiffer due to a larger supply of protein fibers, according to the researchers.

The researchers say stiff cells ‘favor the multiplication of the virus’ meaning they replicate themselves easier.

‘Biopsies or cell culture experiments could now be used to determine whether this is indeed the case,’ they wrote.

The team says this could help scientists determine where to focus their efforts as they research and develop drugs to fight against the virus.

For example, several drugs are being examined to see if they can prevent the virus from entering the cell to begin with. 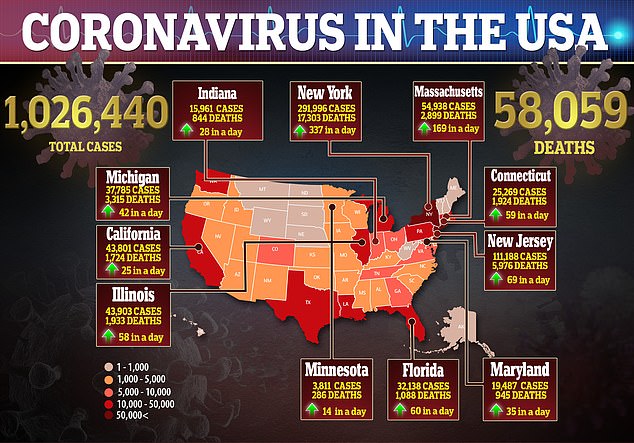 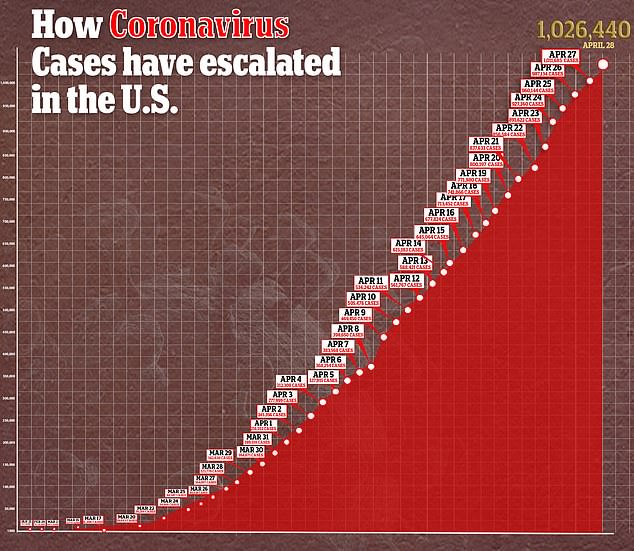 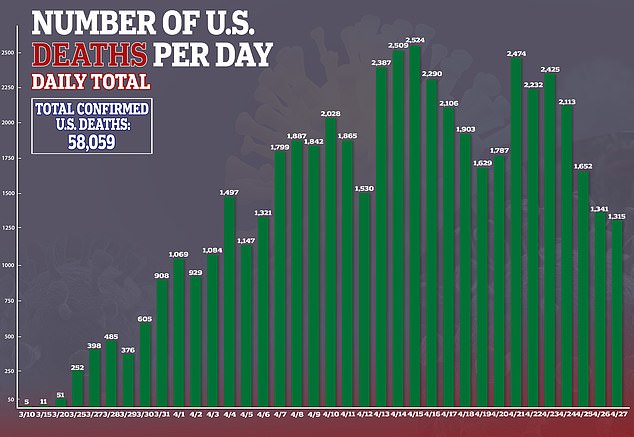 ‘Given our hypothesis, and that coronavirus entry into a cell is similar even in those with mild symptoms, the quest for drugs should also include inhibitors that intersect with coronavirus replication and the mechanical properties of cells,’ the authors wrote.

‘It’s essential that research on SARS-CoV-2 focus not just on the virus itself, but also on how the virus behaves in the cells of young and old people.’

Worldwide, the virus has infected more than 3.x million people and led to more than 208,000 deaths.

In the US, there are more than 1.02 million confirmed cases of the virus and more than 58,000 deaths.