Brits could safely travel to most of Europe WITHOUT quarantine or even tests in some cases because the country’s infection rate is so low and vaccinations so high, easyJet-commissioned study claims

Brits could travel safely to most parts of Europe without needing to quarantine with infections at the levels they are now, according to an easyJet-commissioned study by Yale University in the US.

May 17 will be the day the Government decides where people can go on holiday this summer and researchers have suggested one or two-week quarantine policies are too harsh for most destinations.

Because the UK’s infection rate is so low there would likely be no benefit for travellers quarantining when they arrive, as long as they were tested instead.

Quarantine is more likely to be needed for returning travellers and those visiting the UK, the researchers said, but up to five days would likely suffice for most places – again if people are tested before and after they fly.

easyJet has seized on the research to call for open borders this summer as it hopes to get passengers in the air after a devastating year for the airline industry. Its CEO Johan Lundgren claimed ‘it is safe to put much of Europe on the green list’.

The Yale study, commissioned by easyJet, suggested safe quarantine periods for different country-pairs, with travellers from the UK not required to quarantine anywhere but Portugal and Turkey, while people coming into Britain from other nations (except Portugal and Finland) should self-isolate for between two and five days. (In the graphic, the suggested quarantine period for people travelling from the UK is shown as a number beside the destination country in the first column, below the ‘UK’ header) Turkey has a high quarantine period because visitors stay there for an unusually long time and there are a lot of travellers relative to population, the researchers said 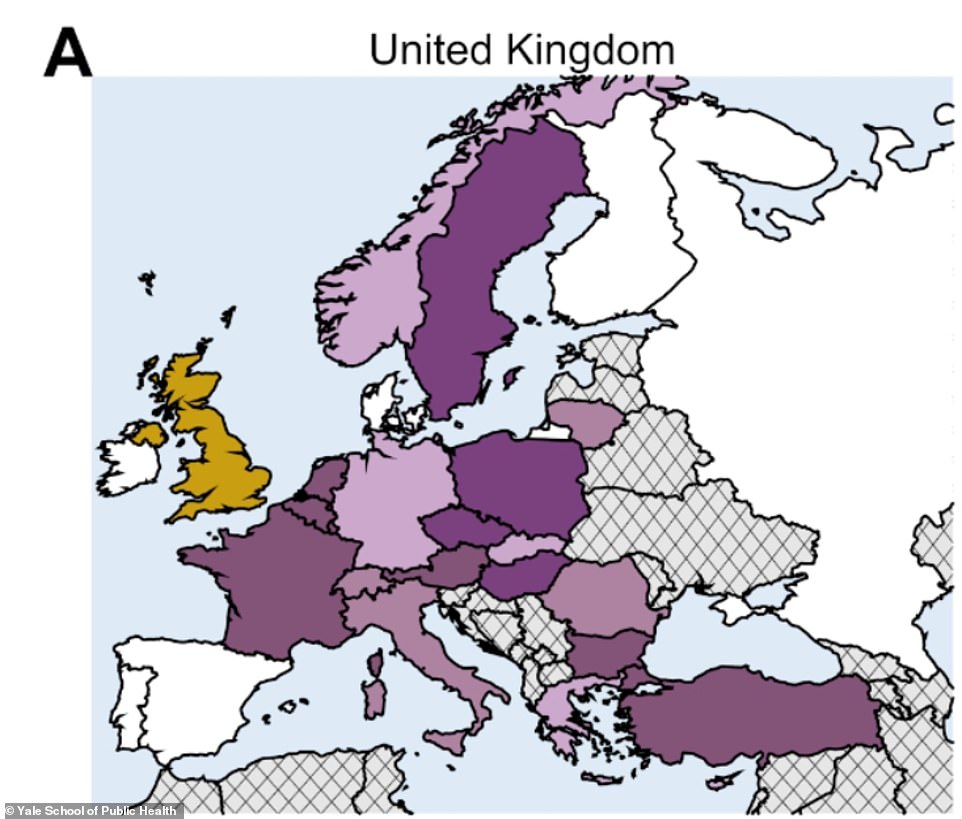 People travelling or returning into the UK should quarantine because most countries have higher infection rates than Britain does. The countries shaded in darker purple should have longer quarantines, according to the study, with the number of days ranging from two to five 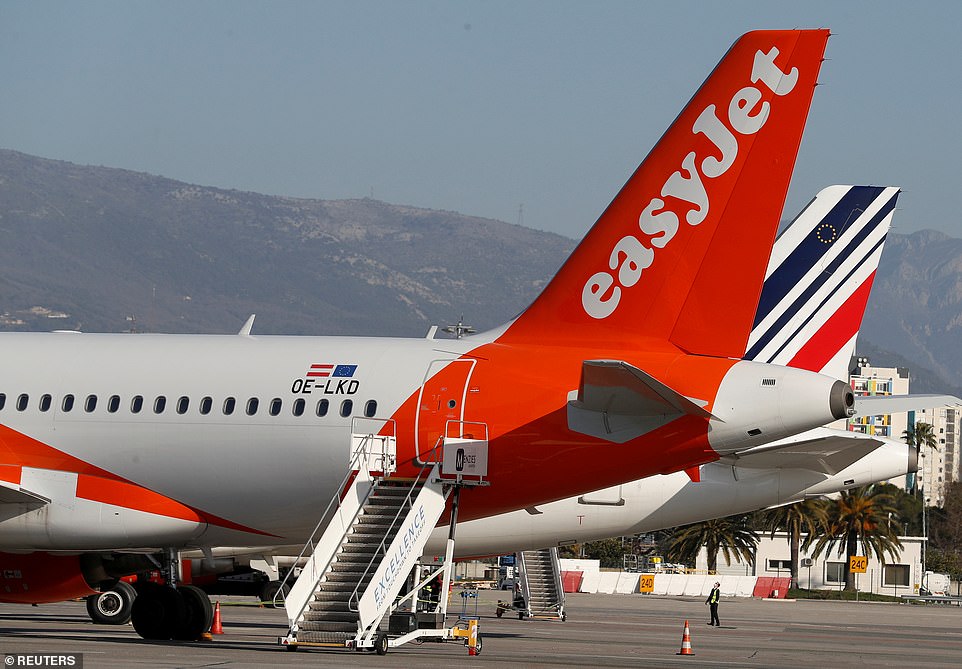 easyJet, which commissioned the research, has seized its results to call for open borders this summer as it hopes to get passengers in the air after a devastating year for the airline industry

Mr Lundgren urged the Government to put popular destinations such as Spain, Portugal and Greece in the lowest risk category when foreign holidays resume.

Overseas leisure travel is expected to be permitted for people in England from May 17 as part of the next easing of coronavirus restrictions.

A risk-based traffic light system will be implemented, with different quarantine and testing requirements for countries on green, amber and red lists.

People returning from green destinations will not need to self-isolate and will only be asked to take one post-arrival test.

EasyJet commissioned research by leading epidemiologists Dr Jeffrey Townsend and Dr Alison Galvan from the Yale School of Public Health in the US.

The analysis, based on data from April 12, found that opening UK borders to travellers from much of Europe would increase hospital admissions by less than 4 per cent.

If Spain – the most popular overseas destination for UK holidaymakers – was on the green list, only an additional four people per week would require hospital treatment due to coronavirus, the study found.

The researchers also claimed the 10-day quarantine period for people returning from amber countries is longer than necessary.

The travel lists are expected to be published next week.

In a speech to a virtual meeting of the Aviation Club, Mr Lundgren said ‘it is safe to put much of Europe on the green list’, as ‘the impact of travel on hospitalisations is minimal’.

Eliminating coronavirus is ‘not viable for the UK’, he told the audience of aviation industry leaders, adding: ‘We need to learn how to operate with it.’

Mr Lundgren went on: ‘The success of the UK vaccine rollout has broken the link between cases and hospitalisation. It is the same success that allows for the domestic reopening.

‘And as we get into May and June we expect the situation to improve because of the progress of the vaccination programmes.

‘So, we have demonstrated through the scientific analysis it is safe for much of Europe to be categorised as green.’

Dr Townsend said: ‘Travel quarantines have been a cornerstone of efforts to prevent infectious disease prevention since the 14th century.

‘We’ve determined that appropriate, shorter quarantines and judicious testing can facilitate travel, in cases where they are needed to prevent unsafe levels of transmission.’