UK holidaymakers claim British Airways’ refused to give them a refund for their cancelled flights to the US and instead handed them travel vouchers they never asked for.

Gordon and Margaret Minto, from South Shields, said they emailed the airline asking for their money back after their trip was cancelled amid the coronavirus pandemic.

The couple spent £4,748 on five tickets for their family to travel to Dallas and Las Vegas from Newcastle, via London.

The airline told them that they couldn’t get their cash back as the couple already accepted vouchers – something they claim they never asked for.

It comes amid outcry over an eye-wateringly large £833,000 annual bonus received by the boss of IAG – the company that owns British Airways – while up to 12,000 jobs hang in the balance.

Willie Walsh this week stepped down from the top role amid an investor protest over his pay and bonus – which was approved before the pandemic sent IAG’s airlines into a crisis and thousands of jobs were put at risk.

Gordon and Margaret Minto (pictured), from South Shields, claim British Airways’ refused to give them a refund for their cancelled flights to the US and instead handed them travel vouchers they never asked for

Mrs Minto told BBC News: ‘We were stunned… we looked at each other and said, “we haven’t asked for a voucher”.’

British Airways insist that there is ‘no way’ a customer would be given a voucher without completing a form requesting one.

When the couple got through to BA on the phone, they were told by an employee that there was nothing in their internal system suggesting that Mr and Mrs Minto agreed to a voucher and they would receive a call back soon. 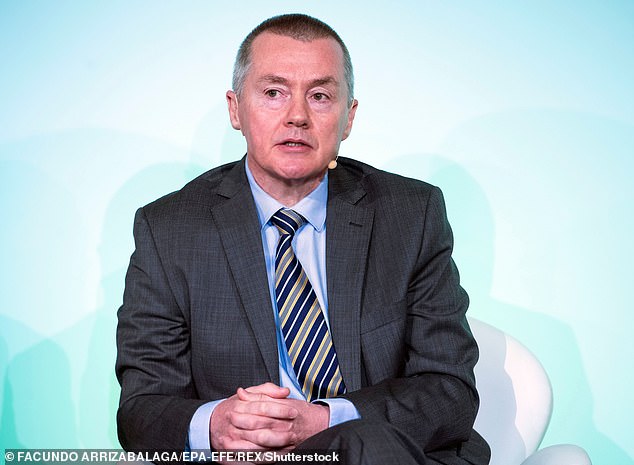 This was nearly three weeks ago and the couple claim they have not heard back since.

If a flight is cancelled, passengers are entitled to a refund under EU law and BA said it ‘will always provide a refund if a customer is eligible’.

Mr and Mrs Minto aren’t the only travellers facing issues.

Other customers have claimed that they filled in the form by mistake after looking for ways to get a refund.

A button reading ‘change booking’ and another reading ‘cancel booking’ both appeared on the airline’s website at one point.

Below it, a message read: ‘There’s no extra cost for any changes and we offer a refund if you cancel your booking.’

When customers clicked ‘cancel booking’ they were taken to the application form for a voucher, rather than a refund as they hoped. 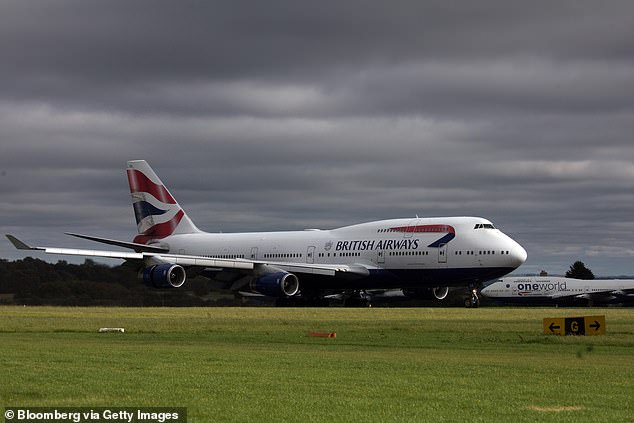 The page does state that it was an application form – but some people say they didn’t notice that.

David Hunter said the first page – promising a refund – ‘suckered [him] in’ and he mistakenly filled out the form.

He was able to talk to a BA employee on the phone less than an hour after he realised that he made a mistake.

The top of the page also states: ‘Enter your details below to apply for a voucher equal to the value of your booking.

‘If your application’s successful, we’ll issue you with either an eVoucher or a future travel voucher.’

BA said in all above cases, customers had selected a voucher.

A spokesperson said: ‘We are doing everything we can in these difficult and unprecedented circumstances to help our customers and our incredible staff have answered well over two million calls since the beginning of March.

‘Our customer service teams have been responding to up to 8,500 tweets per day – up from 2,500 per day before the pandemic.

‘Since March we have provided more than 1.67m customers with cash refunds and more than 1.3m with vouchers to fly with us that they can use right up until April 2022. 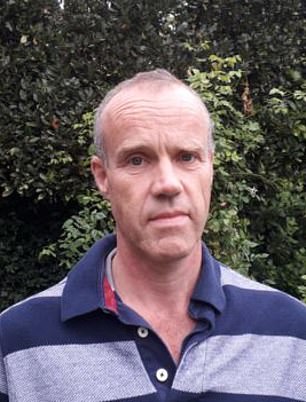 ‘We will always provide a refund if a customer is eligible and we’re offering flexibility if any of our customers need to change their flights. We’ve also extended the tier status for our Executive Club members for another year.​

‘We value the loyalty of our customers and we appreciate their patience as our teams work around the clock to help them.’

Airlines and aircraft manufacturers have suffered huge losses after lockdown restrictions to stem the spread of coronavirus brought global air travel almost to a standstill for several months.

BA’s owner IAG announced in April it would cut up to 12,000 jobs due to the coronavirus pandemic.

Towards the end of last month, BA began sending letters to staff to inform them of their fate in the plans to cut the jobs, including voluntary measures.

Employees will either be made redundant, keep their job but on lower pay, or remain on the same contract.

Those who do not volunteer for redundancy and then refuse a new role under the new terms could be dismissed – with the possibility of then being re-employed again if they later decide to accept a different job.

Pilots’ union Balpa said there will be around 270 compulsory redundancies and temporary pay cuts starting at 20 per cent and reducing to 8 per cent over two years – before falling to zero over the longer term. 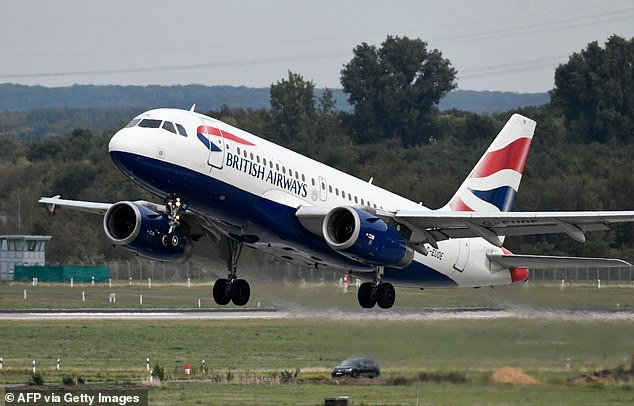 BA’s owner IAG announced in April it would cut up to 12,000 jobs due to the coronavirus pandemic

A BA spokesman said: ‘We are having to make difficult decisions and take every possible action now to protect as many jobs as possible.

‘And, while we never could have anticipated being in a position of making redundancies, more than 6,000 of our colleagues have now indicated that they wish to take voluntary redundancy from BA.’

Earlier this week, Mr Walsh stepped down from the top job at British Airways owner IAG amid a furious investor protest over pay – after nearly one in three shareholders failed to back his remuneration deal.

The International Airlines Group (IAG) revealed only 71.6 per cent of investors approved his enourmous payout while around 20 per cent of votes cast against.

His pay was approved before coronavirus sent IAG’s airlines into crisis in March, but the deal now appears even more controversial given the thousands of jobs being axed.

Mr Walsh also stands to pick up some £6.3million in shares.

He stands to take on 1.1 million shares worth £5.2 million under previously awarded long-term bonus schemes over the next four years, if performance targets are met.

A further 258,910 deferred shares worth around £1.1 million are due in annual payouts between March this year and March 2022.

The company said it was ‘disappointed’ at the remuneration report vote.

In a statement, it added: ‘The board will continue to engage with shareholders to fully understand their concerns (as part of wider engagement in relation to the renewal of our directors’ remuneration policy in 2021) and will publish, in accordance with the UK Corporate Governance Code, an update on this engagement within six months of the this AGM.’