Thousands of families in lockdown have been given a school holiday treat with the easing of more Covid-19 restrictions.

Kids’ play dates with friends are back on after the NSW government crisis cabinet signed off on the deal late Monday night.

Under-18s are now able to visit each others’ homes and gather in groups of three as part of a friends’ bubble.

But the lockdown relief which comes into effect from noon Tuesday brings some rules.

Bubble participants must live within five kilometres of each other or in the same local government area, and adults in the kids’ households must be fully vaccinated, the Daily Telegraph reported.

Parents and carers must not interact with each other when dropping kids off at their friend’s house.

The bubble has been extended to HSC students who can study in groups of three.

The lockdown relief was made possible by the state’s strong vaccination rates. 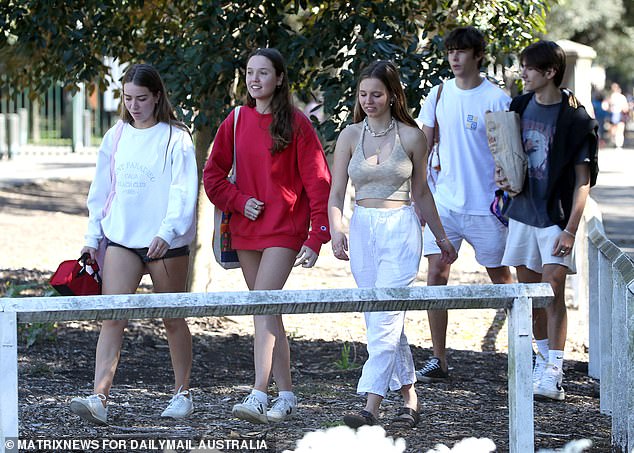 Under-18s in lockdown can form a friends bubble of three. Bubble participants must live within five of each other or in the same local government area (pictured teens in Centennial Park)

‘Parents and children have had a difficult few months, trying to balance both work, often from home, as well as home schooling,’ NSW Premier Gladys Berejiklian said.

‘This change will hopefully make a big difference for families during the school holidays and allow young children and teenagers to catch up and reconnect with their friends.’

Health minister Brad Hazzard added: ‘These latest changes are aimed at giving children more opportunities to be together and balances Covid safety with their mental health and wellbeing,”

NSW recorded 935 cases on Monday as infections dropped 1,000 for the first time in a month.

More than 82.2 per cent of eligible residents have received their first Covid-19 jab while 52.7 per cent are now fully vaccinated. 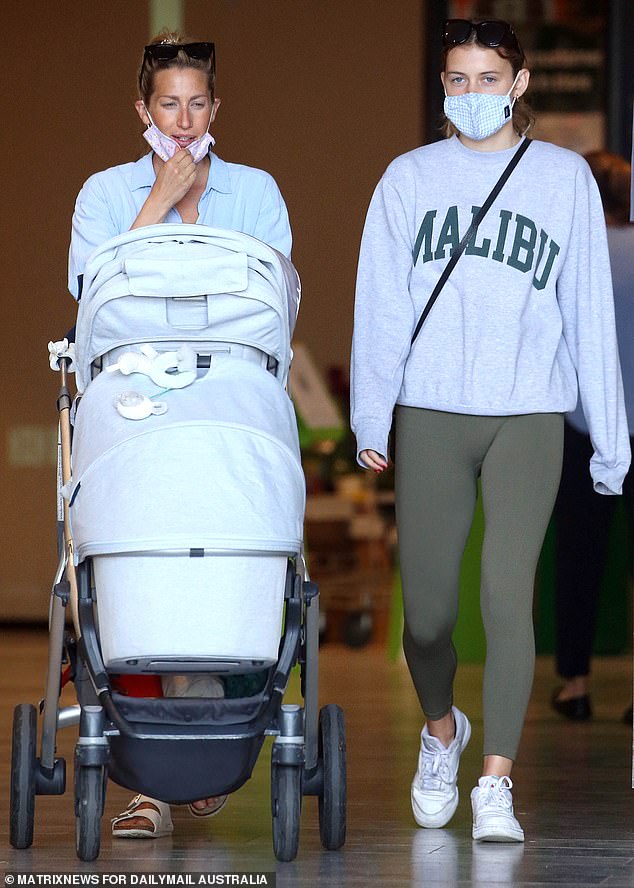 The NSW government has eased more restrictions as daily cases fell below 1,000 on Monday

From 12.01am Monday (September 20), the following restrictions will ease for those who live in the listed LGAs of concern: Bayside, Blacktown, Burwood, Campbelltown, Canterbury-Bankstown, Cumberland, Fairfield, Georges River, Liverpool, Parramatta, Strathfield, and some suburbs of Penrith.

· No limit on the duration of outdoor exercise and recreation (previously a two-hour limit);

· Shopping, exercise and outdoor recreation can be done 5km from home or within your LGA (previously only 5km from home);

· Attend a small wedding (maximum 11 people) in Greater Sydney as a guest (previously only allowed in their LGA); and

Authorised worker conditions and travel permit requirements remain in place in the LGAs of concern.