Premier Gladys Berejiklian has hit back after being questioned over the timing of her state-wide lockdown and provided a harsh reality about the Delta strain of Covid-19.

The NSW Premier was grilled by a reporter attending her Covid press conference on Monday after the state recorded 1,257 new cases of the virus overnight.

The reporter asked Ms Berejiklian why she waited two days to enforce a citywide lockdown following a super-spreader event at Hoxton Park on June 19.

The reporter said on NSW Health knew it had failed to contain the subsequent outbreak on June 24 and asked the premier when she first received advice that the city’s west and southwest should be locked down.

‘I think I have answered that question many times before, as has Dr Chant,’ Ms Berejiklian responded.

‘I think you’ll recall that day when we had two press conferences. It was within hours of getting that advice.’

The premier said she wanted to make it ‘very clear’ the Delta strain of the virus was different to anything ever experienced before.

‘I know a lot was said about when we locked down, was it too hard or too slow or too fast,’ she continued.

‘But all of our major decisions have been based directly on the health advice in a shorter time frame as possible with a sense of urgency and immediacy.’

Ms Berejiklian reiterated the highly-contagious of coronavirus had the ability to wreck havoc on unvaccinated populations. 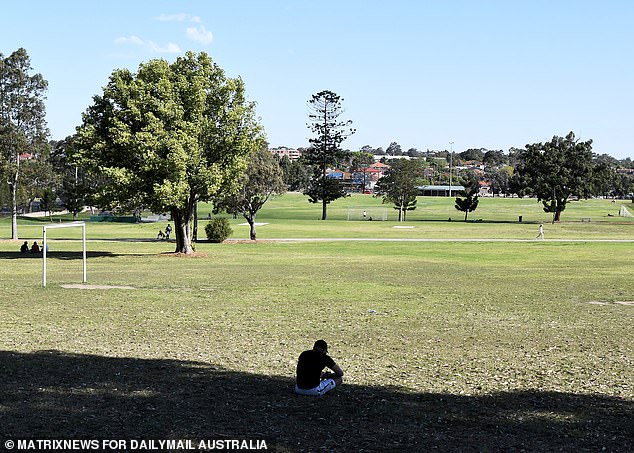 Ms Berejiklian was asked why she waited two says to enforce a citywide lockdown after NSW Health knew it had failed to contain a super-spreader event in West Hoxton on June 24 (pictured, empty parks in Merrylands in Sydney’s Covid-hit west on Sunday) 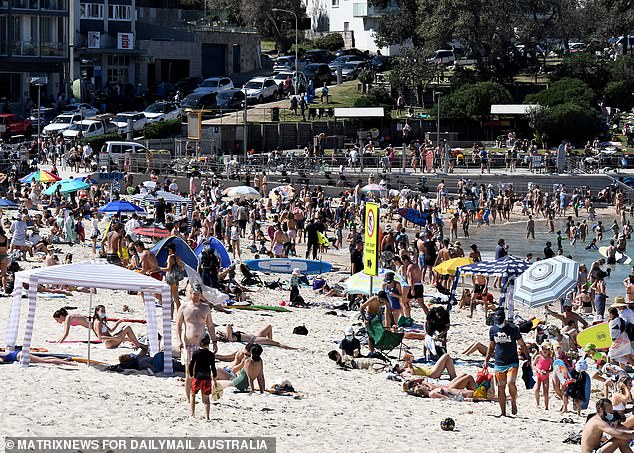 Ms Berejiklian has defended the decision to lock down Greater Sydney on June 26 and said she had acted on the health advice provided to her (pictured, crowds of residents on Bondi Beach)

‘It spreads rapidly. It denies us freedoms. I would never have assumed someone in my position would have to make the decisions we have had to make on behalf of the people of the state,’ she said.

The premier said NSW residents would look back on these trying months around Christmas time and feel grateful for the thousands of lives saved by Covid-19 restrictions and the state’s vaccination program.

However reporters continued to challenge the premier over the timing of the advice provided to lock down Covid-hit areas of western Sydney.

The reporter said health authorities had found out about the West Hoxton party on June 21 and realised on June 24 additional attendees had been out and about in the community for five days.

Ms Berejiklian was asked how long it took to lock down Greater Sydney after officials became aware the outbreak from the super-spreader event could not be controlled. 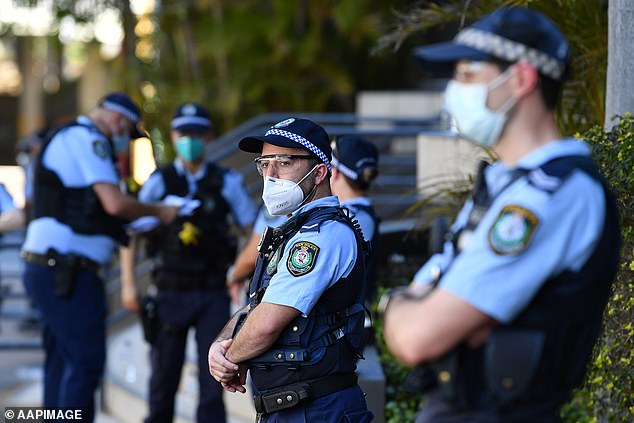 ‘Quite immediate. We react to the health advice as soon as we receive it,’ she said.

The premier added she could have waited an extra hour or extra day to enforce stay-at-home orders but decided to hold a second press conference instead.

‘As soon as we got upstairs Dr Chant provided us with additional advice and we reacted within hours,’ she said.

Ms Berejiklian made the announcement Sydney’s city and eastern suburbs would be locked down on June 25 with Greater Sydney to follow the next day.

The premier said she was made aware ‘early on’ of how difficult the Delta strain would be to contain and commended the efforts of public health officials.

Ms Berejiklian said she would continue to defend the work of contact tracers and officials and described the Delta variant as a ‘game-changer’. 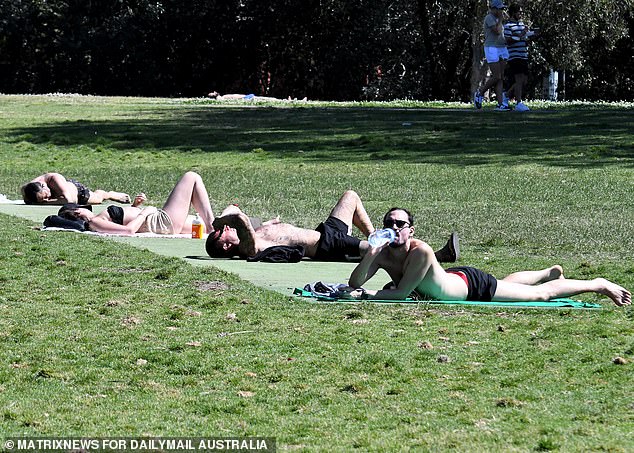 A parliamentary inquiry revealed NSW Health knew it had failed to contain a super-spreader event in Sydney’s southwest on June 24 (pictured, residents in Rushcutters Bay Park)

‘The only difference for us is we had a largely unvaccinated population when Delta hit and that’s why our public health measures have had to be so harsh.’

It comes after a parliamentary inquiry revealed NSW Health knew it had failed to contain a super-spreader event in Sydney’s southwest on June 24.

The first known case of Covid-19 was detected on June 16 in a limousine driver believed to have caught the virus while transporting an international flight crew.

Three days later a woman attended the West Hoxton party after becoming infected with the virus at a Bondi Junction nail salon.

At least 51 known cases of coronavirus have been linked to the party with 30 attendees infecting another 21 close contacts. 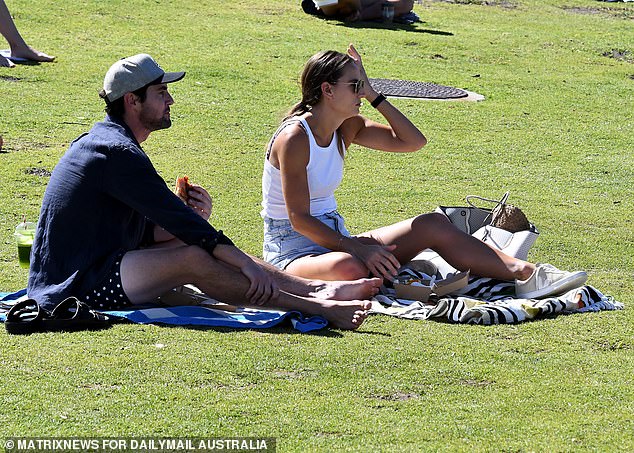 Up to five fully vaccinated adults who live outside 12 Sydney Covid-19 hotspots areas can gather outdoors within five kilometres of their home (pictured, residents in Bondi)

It comes as NSW records 1,257 new cases of Covid-19 and seven deaths overnight.

Rule changes have been made on outdoor gatherings across Sydney and a state border bubble with Queensland has been opened, allowing people in northern NSW who aren’t locked down to travel into the Sunshine state.

Up to five fully vaccinated adults who live outside 12 Sydney Covid-19 hotspots areas can gather outdoors within five kilometres of their home.

There are currently 1,189 patients being treated in hospital, including 222 in intensive care, of which 94 require ventilation.