Thousands stuck in strict lockdown in Sydney’s Covid-19 hotspots are furious at Gladys Berejiklian for refusing to open public pools while crowds living in other parts of the city flock to the beach.

Thousands of Sydneysiders within 5km of a beach flocked to the water on the weekend to enjoy the spring sunshine as temperatures soared towards 30C.

Several beaches in the east were forced to close due to the massive crowds, with police patrolling the sand desperately trying to enforce Covid rules including social distancing and mask-wearing.

It was a different story in the 12 Sydney hotspot LGAs, where all but one are well outside the 5km radius to the nearest beach.

The packed beaches across Sydney, between Manly in the north to Cronulla in the south, have prompted calls for public pools to be opened up for exercise and recreation in the city’s west and south-west.

But the NSW Premier stood firm that pools remain closed until at least 70 per cent of eligible residents are fully-vaccinated when she was grilled by reporters on Monday.

SHOULD OUTDOOR POOLS BE REOPENED?

‘Unfortunately there’s a lot of decisions that are difficult to take,’ she said.

‘There are waterways all across Greater Sydney, all across parts of Sydney, in to beaches there are river fronts and other waterways, but we have to take the health advice, especially until we get to the 70 per double dose, as difficult as it is.’

All public pools across Sydney and surrounding regions remain closed under strict public health orders, with fears the virus would spread in changing rooms.

Pools in the regional NSW areas which were removed from statewide lockdown on Saturday have reopened.

Mount Druitt state MP Edmond Atalla was among many in western Sydney angered by scenes of packed beaches in the eastern suburbs on the weekend.

‘We all saw the images of a crowded Bondi Beach and no action by the Premier, yet those that don’t have a beach near their home time can’t even go to their local pool. How is that fair?’ 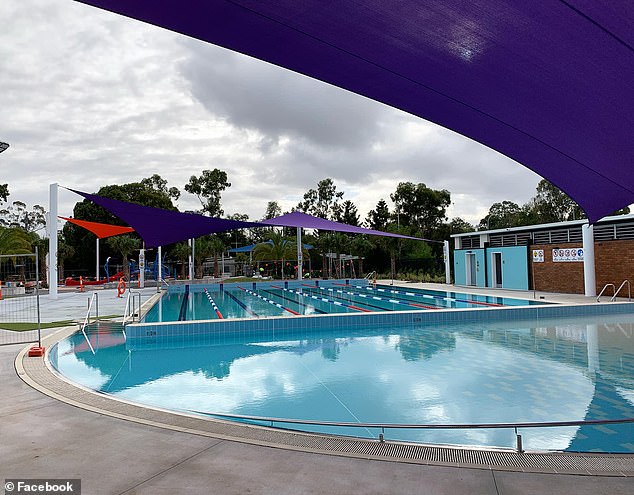 The recently revamped Wentworthville Pool (pictured) is in one of the 12 Sydney hotspot LGAs. But under the lockdown, it remains closed

‘Residents are under lockdowns, curfews, & extra police patrols whilst at Bondi Beach it’s a free for all. Most unfair & unacceptable,’ he posted online

‘In the meantime state MPs have abandoned parliament sittings and are hiding in their lounge rooms on full pay.’

Khal Asfour is the the mayor of Canterbury-Bankstown, which currently has more than 2,800 active cases of Covid and is one of the worst hotspots from the latest outbreak.

He doesn’t begrudge other Sydneysiders flocking to the beach but is angry there are different rules for residents who live further west.

He says residents in his area can’t sit in a local park without getting fined.

‘We can’t go to our lovely parks, the recreational areas by the Cooks River or the Georges River.

‘I think that is what really angers people. We still have these harshest measures on us. We have the curfew that the deputy premier even agrees doesn’t work.’ 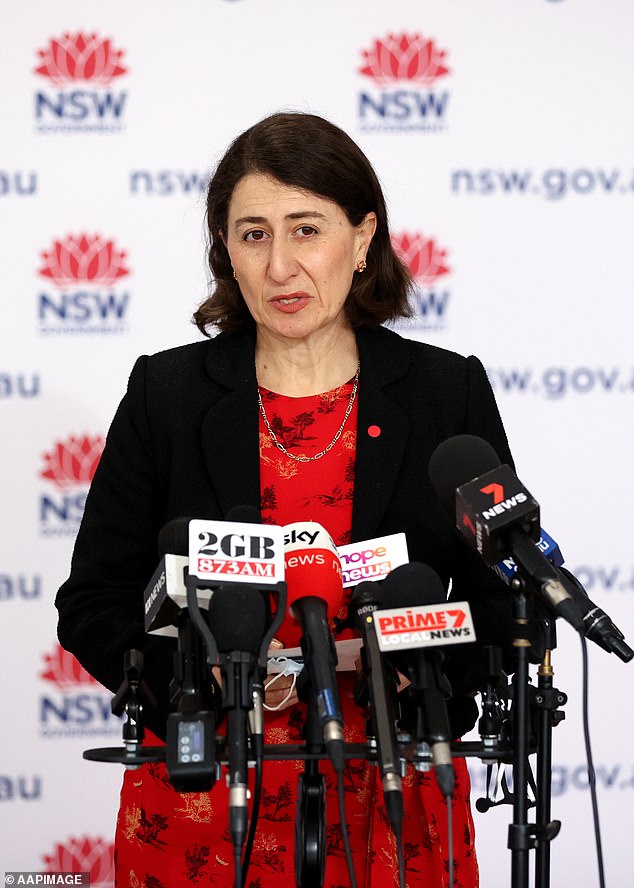 The Premier warned unvaccinated residents will be still vulnerable even after the state reached 70 per cent vaccination.

NSW recorded 1,257 new cases on Monday with cases expected to continue rising in the coming days.

‘We want to make sure our priority is to give vaccine to everybody who wants it before we start opening up,’ Ms Berejiklian said.

‘We can’t allow complacency to creep in.’

Restrictions were relaxed for fully vaccinated Sydneysiders on Monday, with small groups allowed to meet for picnics for the first time in months.

Families and friends gathered in parks and at beaches, reuniting 11 weeks after an outbreak of the Delta variant brought Australia’s biggest city to a virtual standstill.

The rules remain strict, with just five fully vaccinated people allowed to gather outdoors for up to an hour, while tougher rules are in place for virus hotspots. 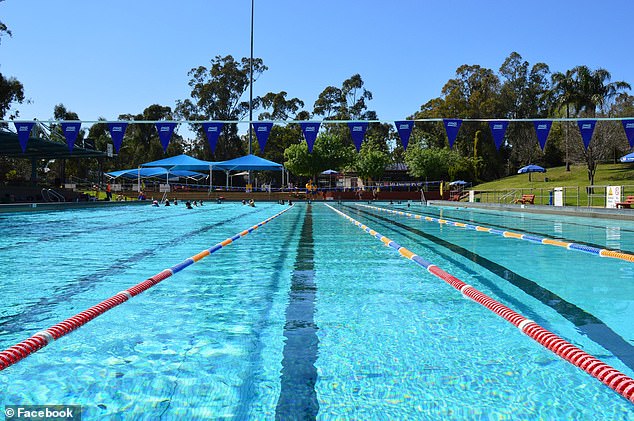