EXPRESS INFORMER > News & Politics > Coronation Street: Fans fear Sally Metcalfe is LEAVING the soap as she puts her house up for sale

Coronation Street: Fans fear Sally Metcalfe is LEAVING the soap after 34 years as she puts her house up for sale to escape abusive Geoff

Coronation Street fans have struggled to contain their panic as they feared Sally Metcalfe could bid farewell to the cobbles after 34 years.

After Sally announced she’d put her house up for sale to escape the scheming of her abusive father-in-law Geoff, viewers were divided as to whether she would really leave the soap for good.

Sally was pushed to her limit this week as Geoff continued to make her life a living hell, after his abuse of wife Yasmeen was finally exposed.

Where is she going? Coronation Street fans have struggled to contain their panic as they feared Sally Metcalfe could bid farewell to the cobbles after 35 years

Sally’s decision to put her house on the market came after she was manipulated into the move by Debbie Webster (played by Sue Devaney), who has been in cahoots with the villainous Ray Crosby (Mark Frost) to buy up all the houses on the Street.

Earlier this week Geoff (Ian Bartholomew) ruined Sally (Sally Dynevor) and Tim’s (Joe Duttine) garden party to introduce Faye’s boyfriend to the family by destroying their garden with a spade.

Debbie then convinced Sally to sell up and leave Weatherfield to get away from Geoff, and was quick to insist they should accept the full asking price being offered for Number 4. 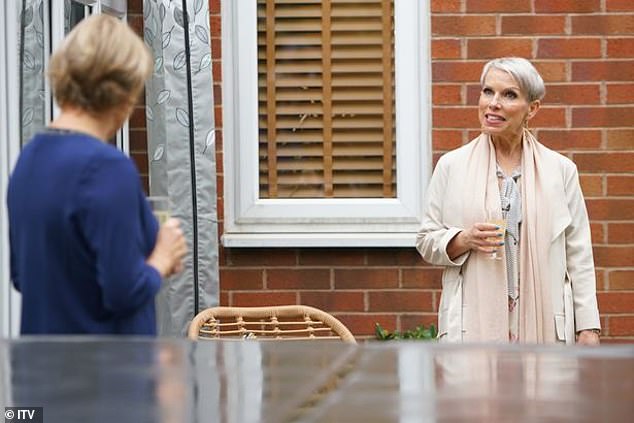 Will she go? Sally has been manipulated into selling her house by Debbie Webster who is plotting to bulldoze the entire Street and build a high-rise 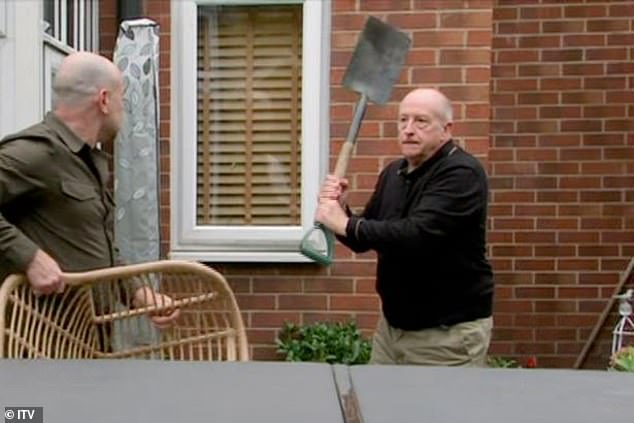 Rage: Sally has also been hoping to escape her abusive father-in-law Geoff, who has made her life hell since she exposed his controlling behaviour

It’s left fans fearing Sally could say goodbye to the cobbles, however others were quick to predict she isn’t going anywhere, and will soon figure out Debbie’s plan and bring her down.

However one fan declared: ‘Move over Wagatha Christie, Sally is on the case.’

‘Sorry #corrie I’m not buying that Sally would give in this easily and move over Geoff. It doesn’t fit her character, feels lazy,’ a fan also penned. 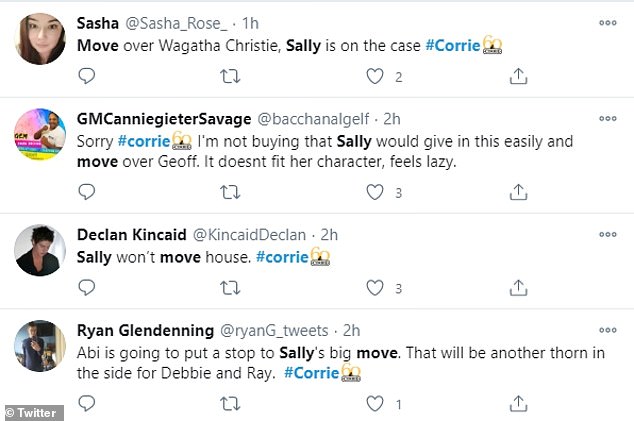 Departing? It’s left fans fearing Sally could say goodbye to the cobbles, however others were quick to claim she isn’t going anywhere

One added: ‘Sally won’t move house,’ with one fan also posting: ‘Abi is going to put a stop to Sally’s big move. That will be another thorn in the side for Debbie and Ray.’

Actress Sue Devaney – who plays Debbie – recently discussed her character’s decision to join forces with Ray to literally bring down the Street.

She told Digital Spy: Debbie thinks she’s doing everything for the good of everybody else. She thinks if she does this, it will make people’s lives better. She doesn’t do it from a place of: ”Mwahaha, I’m going to destroy all of the houses in Corrie!”

‘Because Debbie has come from that area, she thinks she’s now going to make it so much better than it is. I don’t think she realises the consequences for the people who’ve lived there for all their lives. She’s going in and ripping down an area.’

Coronation Street continues on Monday at 7:30pm and 8:30pm on ITV. 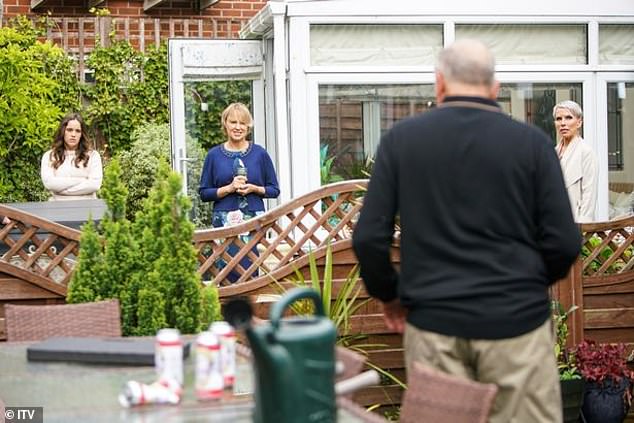 Back soon: Coronation Street continues on Monday at 7:30pm and 8:30pm on ITV