The New York Times reported that Lewandowski tested positive Wednesday but said he believed he caught the virus in Philadelphia, Pennsylvania, where he’s helping in President Donald Trump’s effort to overturn the election results.

Lewandowski was among the Trump allies to appear at that now-famous Four Seasons Total Landscaping news conference in Philadelphia on Saturday.

The New York Times reported that Corey Lewandowski has tested positive for the coronavirus. Despite being at the White House on Election Night, he suggested that he picked up COVID-19 while traveling to Philadelphia 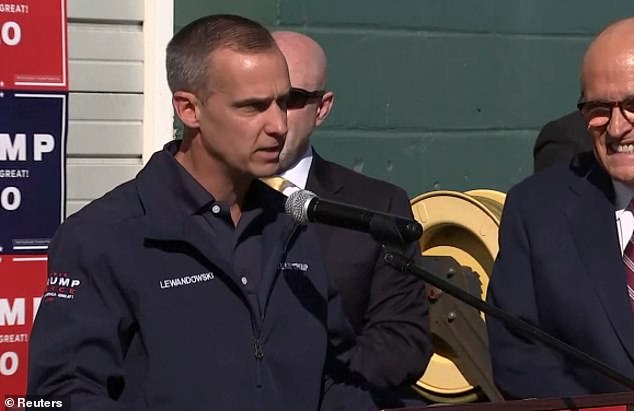 Lewandowski (left) appeared alongside the president’s personal attorney Rudy Giuliani (right) outside of Four Seasons Total Landscaping in Philadelphia on Saturday, a move that was widely mocked after President Donald Trump promoted it as being at the high-end hotel 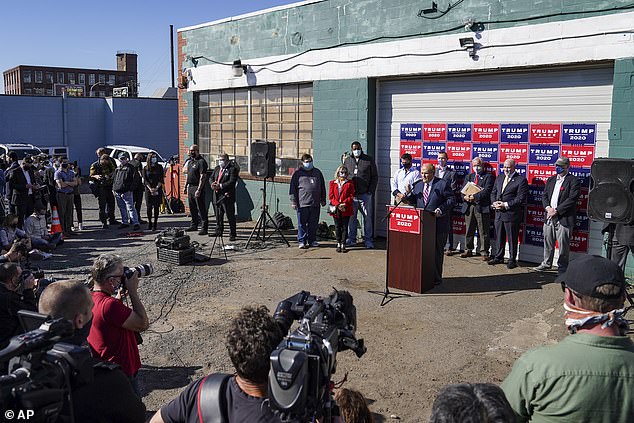 NOVEMBER 7: Lewandowski appeared at Four Seasons Total Landscaping, as opposed to the Four Seasons hotel, alongside Rudy Giuliani (at the podium) for a press conference that has become ridiculed since 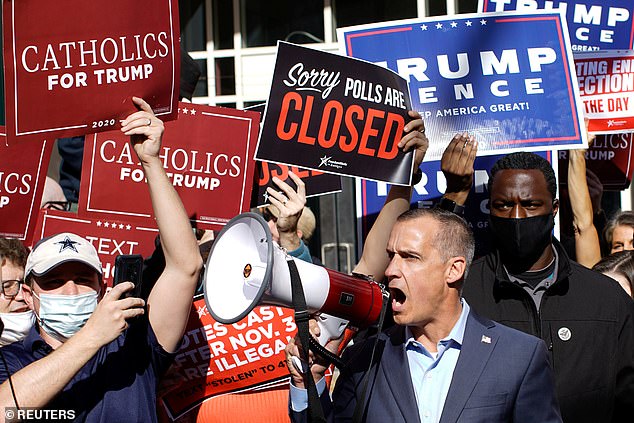 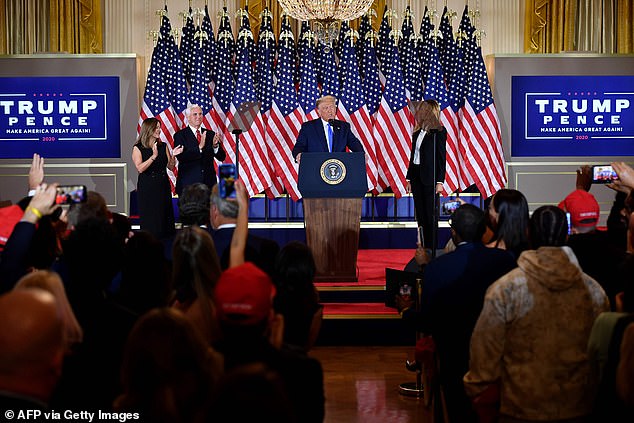 NOVEMBER 3 and 4: Corey Lewandoswki was among the Trump allies who were invited to the White House on Election Night. Now Lewandowski, Mark Meadows, David Bossie and Ben Carson, who all attended, have tested positive for COVID-19 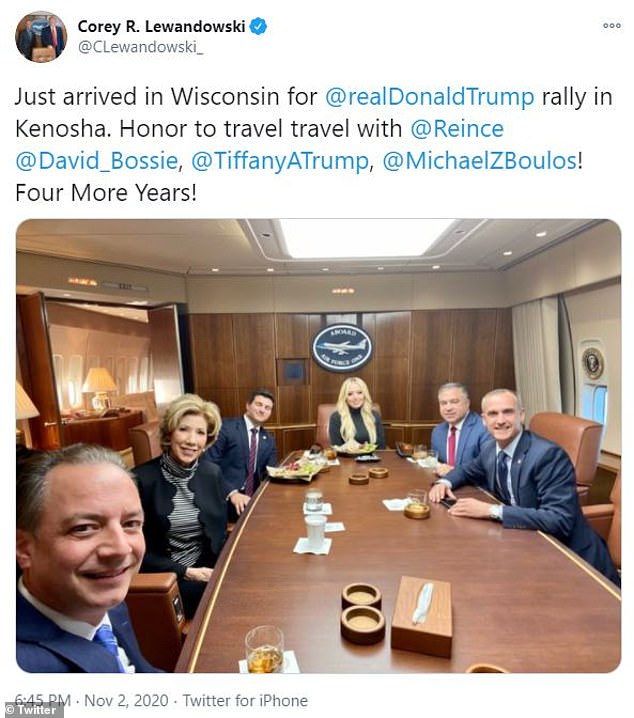 NOVEMBER 2: Lewandowski (right) is seen sitting next to David Bossie (second from right) as well as Tiffany Trump (center) and her boyfriend Michael Boulos. (third from left) as well as Reince and Sally Priebus (left) on board Air Force One the Monday before the election

Shortly after the Lewandowski news broke, The Washington Post reported that the Republican National Committee’s Chief of Staff Richard Walters had also tested positive for the virus. Walters had not recently been at the White House.

Bloomberg reported that GOP strategist and lobbyist Jeff Miller tested positive for the coronavirus. He had been at the Election Night fete.

Lewandowski served as Trump’s first 2016 campaign manager and Bossie was his deputy.

Bossie had been tapped to lead the legal effort as Trump has refused to concede the election to President-elect Joe Biden, the president’s Democratic rival.

Lewandowski and Bossie were seated next to each other on Air Force One, according to a photo Lewandowski had tweeted from the day before the election, traveling with the president to a rally in Kenosha, Wisconsin.

Others in the group were former White House chief of staff Reince Priebus and his wife Sally and Tiffany Trump and her boyfriend Michael Boulos.

None of the individuals were wearing masks.

They were also photographed at recent Trump campaign events without masks.

The Election Night fete could be the second White House ‘superspreader’ event in under two months.

Most attendees didn’t wear masks to the announcement, nor were chairs in the Rose Garden spread apart.

The president and first lady also hosted guests inside the White House, where risk of transmission is even greater.

‘Well, I think the data speaks for themselves,’ said Dr. Anthony Fauci, the nation’s top infectious disease doctor, when asked about the Rose Garden event. ‘We had a superspreader event in the White House and it was a situation where people were crowded together and were not wearing masks.’

‘So the data speak for themselves,’ he added.