Russians are known for election meddling… but have outdone themselves thanks to two men running as doppelgangers of a genuine candidate.

The men mimicked Boris Vishnevsky’s balding, greying, bearded appearance – and even changed their names to match his.

The ruse is intended to split the vote at the ballot next week to stop Kremlin critic Mr Vishnevsky, of the liberal Yabloko party, from winning office in his St Petersburg district.

The original Mr Vishnevsky, 65, tweeted: ‘My “doubles”, who became “Boris Vishnevsky” in time for the elections by changing their first and last name, have now changed their appearance.’

His friends said it was easy to spot the real candidate as he was the only one who bothered to put on a tie.

Bykov was identified as a St Petersburg councillor from the United Russia party – of which one Vladimir Putin is leader.

On the council website he is listed as a senior aide to the deputy chairman and looks different to his new election poster. 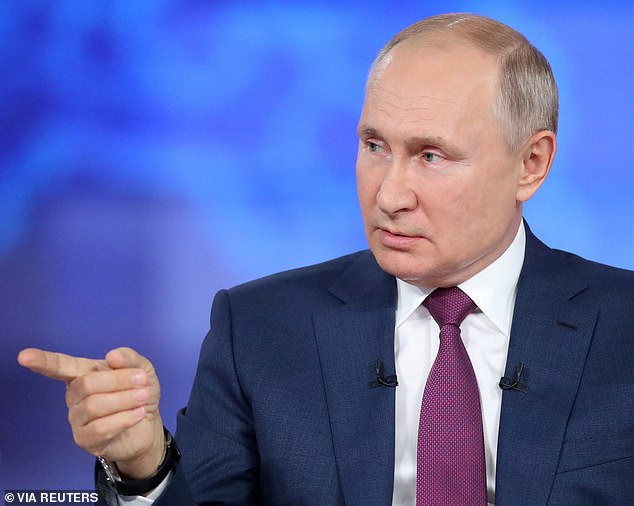 One Vishnevsky lists himself as an unemployed 62-year-old while the other is a 43-year-old office worker.

But they hope many voters will not pay attention to the smaller details when it comes to casting their ballot.

It is not known who put them up to it but Mr Vishnevsky has previously faced what appeared to be a coordinated smear campaign by a notorious pro-Kremlin ‘troll factory’ accusing him of sexually harassing students at the university where he lectures.

The tactic of running doppleganger candidates has been used before in St Petersburg, costing one legitimate politician 30 per cent of her votes and seeing her lose her seat in 2016.