Investigators are reviewing evidence from the crime scene of a 27-year-old teacher from Philadelphia they say may have been staged to appear as a suicide nearly a decade ago.

Ellen Greenberg was found in her kitchen apartment with 20 stab wounds on January 26, 2011, by her fiancé Sam Goldberg.

Her death was initially ruled as a homicide before Medical Examiner Marlon Osbourne changed it to suicide.

Greenberg had 10 stab wounds to the neck and back of the head, with an additional 10 to her stomach, abdomen, and chest. A knife was still plunged into her heart.

The case has since been handed to the Chester District Attorney’s Office for re-review as evidence suggests the crime scene was staged based on the position her body was found and the angle of dry blood across her face.

‘In all my years of experience, and all of the homicides that I’ve done, and suicides, I’ve never seen anything like this,’ forensic pathologist Dr. Cyril Wecht told Fox News Digital as he claimed suicide is ‘highly unlikely.’

Cops are re-opening a the case of 27-year-old Ellen Greenberg they said killed herself in her Philadelphia apartment on January 26, 2011 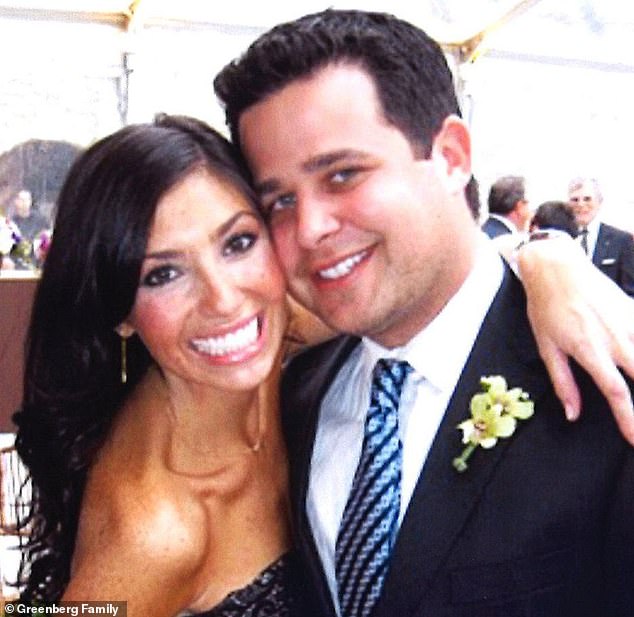 Ellen’s body had been found by her fiancé, Samuel Goldberg, with whom she lived, and he said the door was locked from the inside. He urgently knocked down the door and said she ‘stabbed herself’ photogrammetry recreating each of Greenberg’s 20 stab wounds. Photogrammetry – a new technology which was unavailable at the time of Greenberg’s death – is able to create a 3D anatomical recreation of a corpse 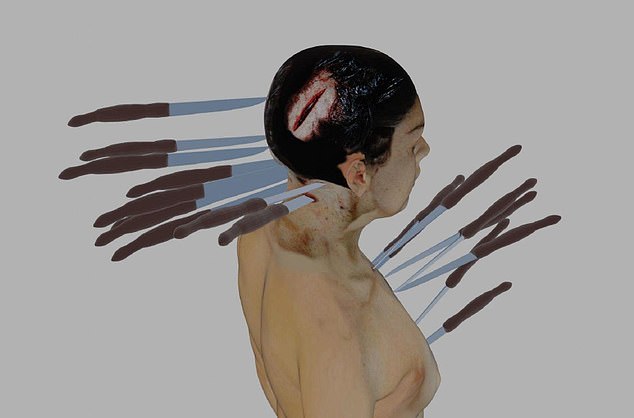 A photogrammetry recreating each of Greenberg’s 20 stab wounds was commissioned by the Greenberg family lawyer. Photogrammetry – a new technology which was unavailable at the time of Greenberg’s death – is able to create a 3D anatomical recreation of a corpse 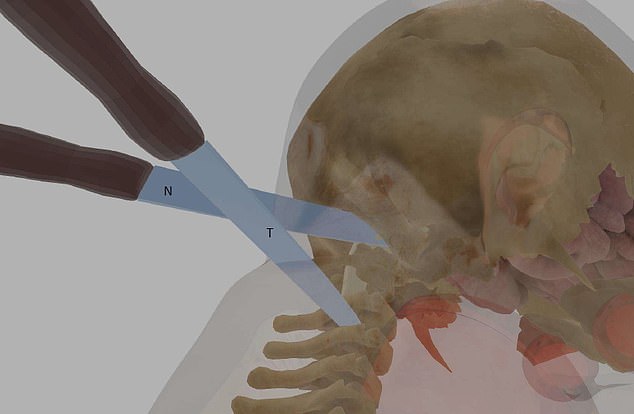 Photogrammetry showed the size, depth, and length of each stab wound, with the creators concluding that all of them could not have been self-inflicted

At the time, police claimed that the door of Greenberg’s apartment was locked from the inside and there were no signs of a struggle.

Goldberg told investigators he came home in 2011, kicked the door, and found his fiancé dead with a knife clinging to her chest.

In a chilling 911 call, he told police Greenberg had stabbed herself. ‘Help!… My fiancé’s on the floor with blood everywhere.’

He later added, ‘I can’t see anything… there’s nothing broken… Ellie!… I think she hit her head.’

‘Oh my god! She stabbed herself… she fell on a knife… there is a knife sticking out of her heart.’

The door showed minimal damage and unlikeness that it was kicked open, according to Fox News.

Greenberg’s family urged case the Philadelphia District Attorney’s Office to re-review the case in 2019, and it was eventually handed off to the Pennsylvania Attorney General before the office got kicked off the case in July.

‘Unfortunately, after four years of work, new expert testimony and information has been publicly alleged but withheld from our investigators and new accusations of a conflict of interest have been made against our office,’ the Attorney General’s Office said at the time. Now, the Chester District Attorney is diving into the unsolved case. 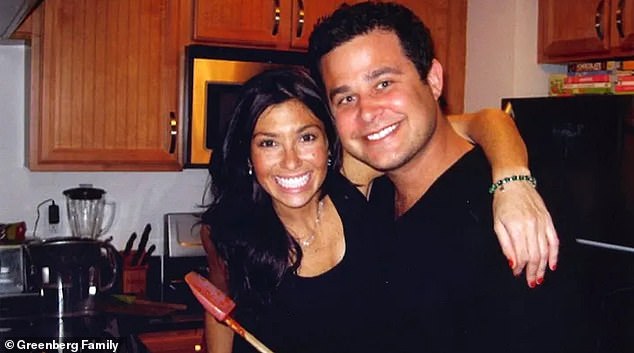 A chilling 911 call revealed Goldberg’s plea for help. He said he found his fiancé on the kitchen floor 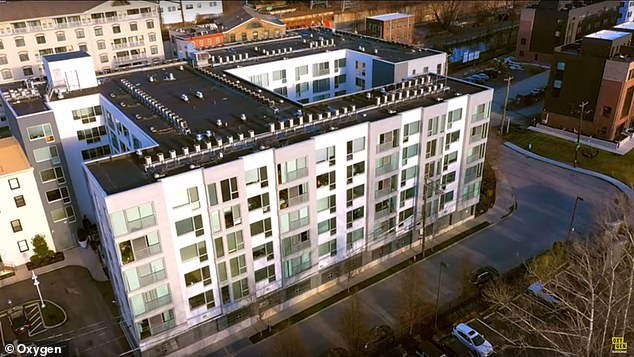 The duo lived together in a Philadelphia apartment. The apartment was further cleaned up by a crime scene crew before investigators were able to walk through

Despite her death being ruled a suicide, Greenberg’s parents are convinced otherwise.

Greenberg’s father, Joshua, ‘absolutely 100%’ believes that his daughter was murdered.

‘I’m not going away,’ Joshua previously told DailyMail.com. ‘I’m going to get justice for my daughter.’

In 2020, they said during our own investigation that they had a ‘mountain of evidence’ to support their conviction that Ellen was murdered and they will not rest until that truth is acknowledged.

Ellen’s mother Sandee said: ‘This is not something we thought, in a million years, we would ever be doing or would ever happen. We thought there was a very bright future. We were planning for future generations never expecting her life to end like this.

‘It took years for us to piece this together. At the beginning I was sitting up at night looking at reports with a centimeter ruler trying to figure out how that really translated into how shallow or deep the incisions were on my child’s body. We realized we needed to get experts to help us do this so that’s what we did.’

Guy D’Andrea was an Assistant District Attorney in Philadelphia’s homicide unit in 2015 when a colleague asked him to take a look at the puzzling case of a ‘suicide’ committed by 20 self-inflicted stab wounds.

He told DailyMail.com, ‘Right away it piqued my interest. I’d never heard of such a thing. So, I get the file, I pull everything out and I hone in on what was the primary reason as to why this was ruled a suicide versus a homicide. Now if that’s conclusive I don’t need to go much further.’

The family has since launched a lawsuit in 2021 citing new evidence that the 27-year-old suffered a deep centimeter wound to the back of her head after her pulse halted, private investigator Tom Brennan told Fox News.

Greenberg’s parents, Joshua and Sandee, further suggested their daughter had defense wounds on her body that weren’t initially acknowledged by investigators. 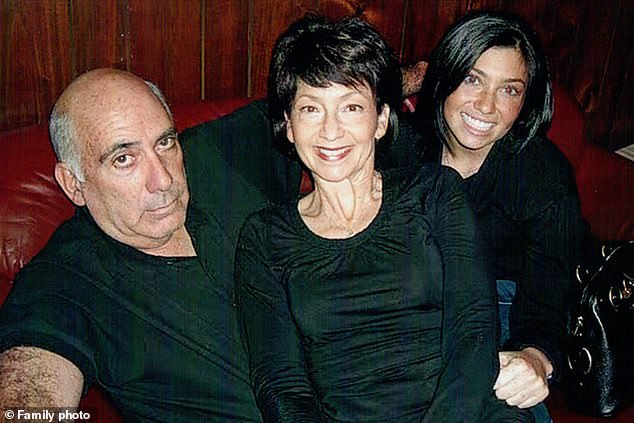 Greenberg is pictured with her parents Sandee and Joshua prior to her death. Her family has gone to different extents to bring her to justice 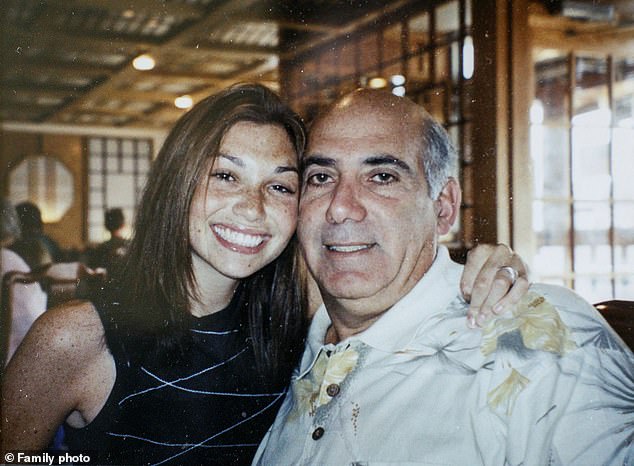 Further evidence cited includes how the knife plunged into her chest was being held in her left hand when she was right-handed.

Additionally, she was stabbed with another undiscovered knife.

It was also found that Ellen’s spinal cord had been severed and her brain pierced in two forceful stabs to the neck. She could have neither defended nor harmed herself after those blows.

The apartment was further cleaned up by a crime scene crew before investigators were able to walk through.

Despite the evidence, Joshua said he has never accused anyone of murdering his daughter.

On the day of her death, Greenberg had filled up her gas tank before arriving home and didn’t leave a suicide note – casting even more doubts on the likelihood that her death was caused by suicide.

The Greenberg family lawyer, Josh Podraza, further claimed that a hard drive to the 27-year-old computer was examined by the FBI in 2011 and no suicide-related searches were found.

Additionally, photogrammetry recreating each of the 20 stab wounds was commissioned.

Photogrammetry – a new technology that was unavailable at the time of Greenberg’s death – is able to create a 3D anatomical recreation of a corpse.

It showed the size, depth, and length of each stab wound, with the creators concluding that all of them could not have been self-inflicted – particularly the ones to the back of Greenberg’s neck and head.

The Chester County District Attorney’s Office told DailyMail.com that they can’t comment on an ongoing investigation. 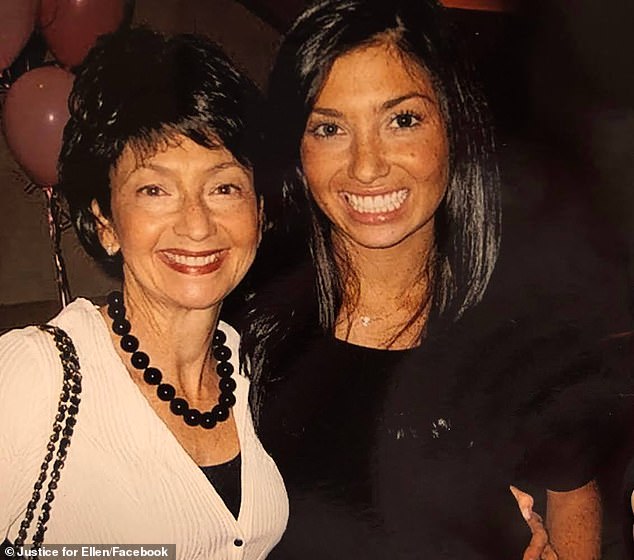 According to her mother Sandee, Ellen’s death was disguised as a suicide when it was not. She said, ‘We cannot let this go unnoticed’ 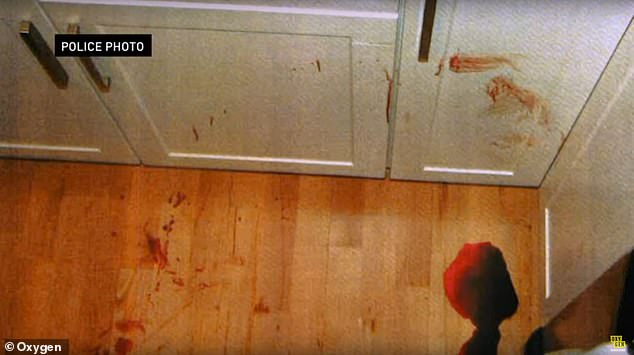 A crime scene analyst hired by the family noted that Ellen had been moved. She was found seated on the floor, propped up against kitchen cabinets, yet a streak of coagulated blood ran in a horizontal line from her nose to her ear 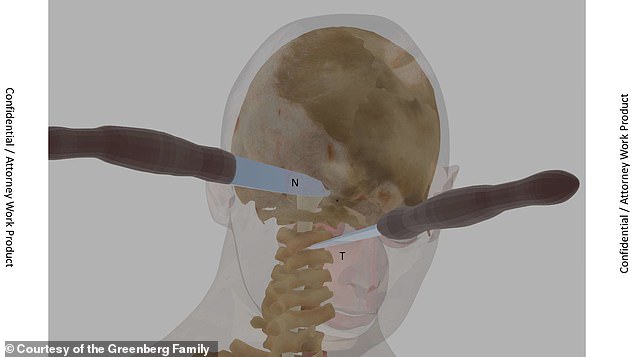 Another graphic shows Ellen’s spinal cord had actually been severed and her brain pierced in two forceful stabs to the neck. She could have neither defended nor harmed herself after those blows