EXPRESS INFORMER > News & Politics > Contestant who Beat the Chasers and won £50,000 reveals she did NO preparation ahead of quiz show

A Beat the Chasers contestant who managed to bag £50,000 against all five quiz experts revealed she did zero preparation ahead of the ITV quiz show.

The hit spin-off show sees hopefuls given the option of playing between two and five Chasers for increasing amounts of money, but with a decreasing time advantage against them.

Kat Glennie-Soares, from Essex, was up against Paul Sinha, Jenny Ryan, Anne Hegerty, Shaun Wallace and Mark Labbett, who were given 40 seconds on their Chaser clock.

Chartered accountant Kat, who had 60 seconds on her clock, was playing for a £50,000 prize pot, and managed, against all odds, to beat all five chasers with an impressive 20 seconds to spare.

Despite her impressive performance, Kat has revealed she didn’t prepare at all for the quiz show, and spent the days prior to her appearance relaxing with ‘at home spa days’.

Kat Glennie-Soares, from Essex, managed to bag £50,000 against all five Chasers on Beat the Chasers tonight

‘As soon as I knew I was going on, I couldn’t prep,’ said Kat. ‘Honestly, I was just too stressed about filling my brain with things I didn’t necessarily need to know. I just thought I’d go on and see what happens.

‘So, when it came to it, I just decided to relax. At home spa days and chilling… but it came around so quickly. All of a sudden it was the day!’

Kat is currently planning her wedding and had always planned to take on as many Chasers as possible, hopeful that the more there were playing, the more likely they’d trip each other up on answers.

‘They know the answers. And when you watch the normal Chase you see how one of them can easily thrash anyone. They are obviously so clever,’ Kat explained. 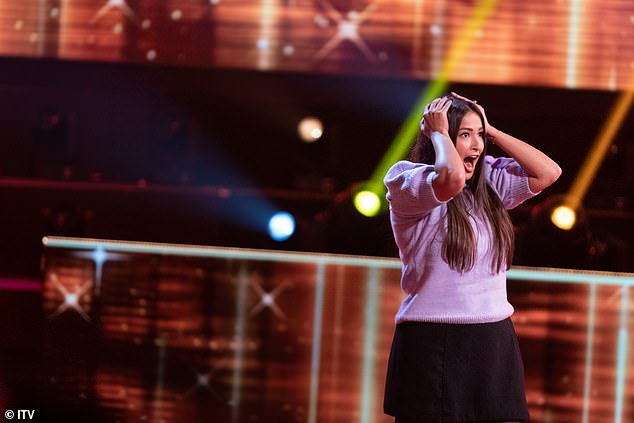 Against all odds, chartered accountant Kat managed to to beat all five Chasers, with an incredible 20 seconds left on her clock 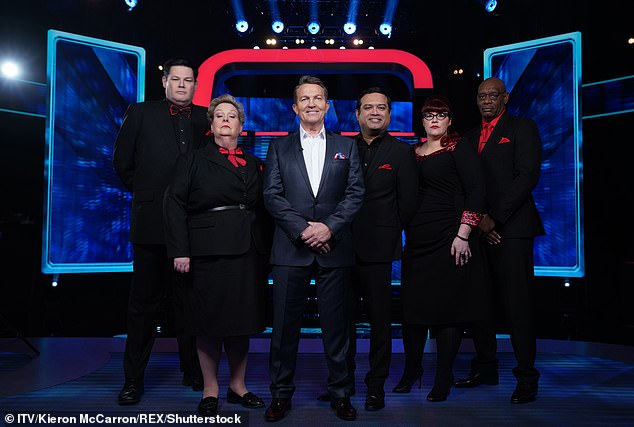 ‘So the only thing I’ve got on my side is if you are against more, they might trip each other up, or the wrong person answers, which works to your advantage.

‘Also, I needed to win enough to pay for a wedding. So, I knew I was always going to go against at least four.

‘When the offers came I thought I might as well go for it. You’re only going to be there once, aren’t you? It was almost an easier decision in that all of the time offers were the same.’

Kat was inspired to apply for Beat The Chasers after watching it with her partner, and wanted to ‘prove to herself’ her quizzing ability was strong enough to take on the Chasers.

‘I have always been really competitive,’ she said. ‘I watched Beat The Chasers with my partner and I thought, “I can do this”. I always thought it would be good to go on but never really took it seriously. 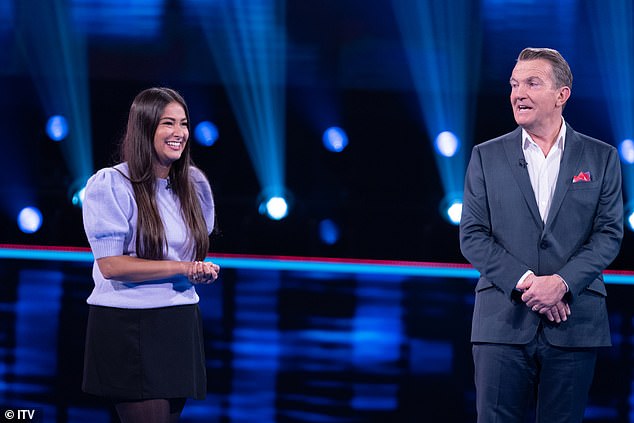 Kat, pictured on the show with host Bradley Walsh, is currently planning her wedding, and had always planned to take on as many Chasers as possible, hopeful that they would trip each other up

‘I thought it might be good to prove myself. You never actually expect to get on. When I did it was amazing and scary – a lot of feelings at the same time.’

Kate told how she does quizzes regularly, bragging she’s normally champion of her work competitions.

‘Me and my partner always quiz each other on things,’ she said. ‘That’s what we enjoy doing if we’re waiting for our meal at a restaurant and things like that. I thought, why not, it’ll be good fun.

‘I usually win my work quizzes – I’m very competitive. I will rinse my brain to find the answer. I take it so seriously.

‘But in general I enjoy quizzing, so we’d done quite a lot. It helps you with fast-paced answering, which is good.’ 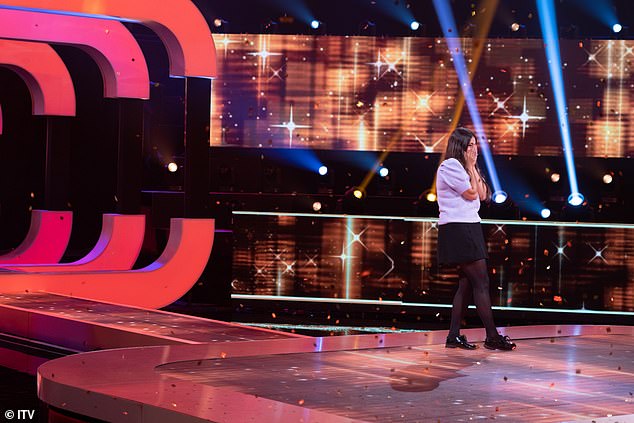 Kat had no idea she’d won the show after the Chasers’ clock stopped, and admitted that despite her quizzing skills it was still a total shock that she’d managed to beat all five experts.

‘I knew something had happened at the end, but I couldn’t hear what was going on with the Chasers.

‘In the end I had no idea. It was such a shock to me that I’d won. That’s why I was so emotional!’

As for what she’ll do with her winnings, Kat revealed she’s so far allocated some money to an animal charity, and will be ‘taking it slow’ with deciding how to spend the rest.

Beat The Chasers continues on week nights on ITV at 9pm.