Pressure was growing on Boris Johnson last night from within his own party to keep pupils out of school at the start of the new term as it was revealed students in Tier 4 may be at home until mid-February.

Schools in the stay-at-home areas could be set to remain closed until February half term in a circuit-breaker style delay, as Scientists warn that the new coronavirus mutation appears to spread quickly among youngsters.

Education minister Gavin Williamson is set to formulate plans in crunch talks with Downing Street officials and the Department for Education today.

Under current plans, all primaries will return as normal on January 4, along with GCSE and A-level pupils and those on vocational courses.

Mr Williamson has warned allies he faces an ‘enormous battle’ to keep children attending secondary schools, with one Whitehall source telling The Sun that schools in Tier 4 will be closed until February 15.

Scientists have warned that the new coronavirus mutation appears to spread quickly among youngsters, and schools had high rates of infection before the Christmas holidays 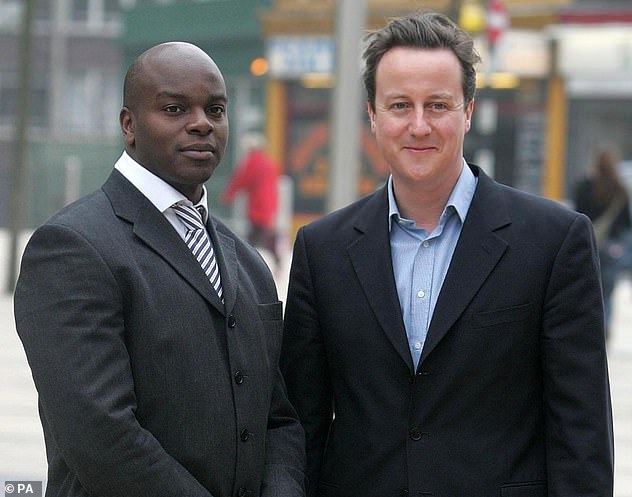 Yesterday the Tory candidate for London mayor, Shaun Bailey (pictured with former Prime Minister David Cameron), said the Government should delay pupils’ return for a fortnight to give a ‘fighting chance against the virus’

Scientists have warned that the new coronavirus mutation appears to spread quickly among youngsters, and schools had high rates of infection before the Christmas holidays.

Yesterday the Tory candidate for London mayor, Shaun Bailey, said the Government should delay pupils’ return for a fortnight to give a ‘fighting chance against the virus’.

Teaching unions have already called for a return to online lessons for at least two weeks and for teachers to be vaccinated before they go back to classrooms.

All lessons were due to restart on January 4, but Education Secretary Gavin Williamson then announced plans for a staggered return for some secondary school pupils.

But Mr Bailey, below, who has claimed he has Mr Johnson’s personal backing as the mayoral candidate, said schools were one of the main transmission points for the virus.

He added: ‘We must make the most of the Christmas break to defeat Covid-19 where we can.

‘I am proposing a two-week circuit-breaker for schools. During this time we can stop our children mixing and get our teachers tested.

‘This gives us a fighting chance against the virus without causing maximum disruption.’ 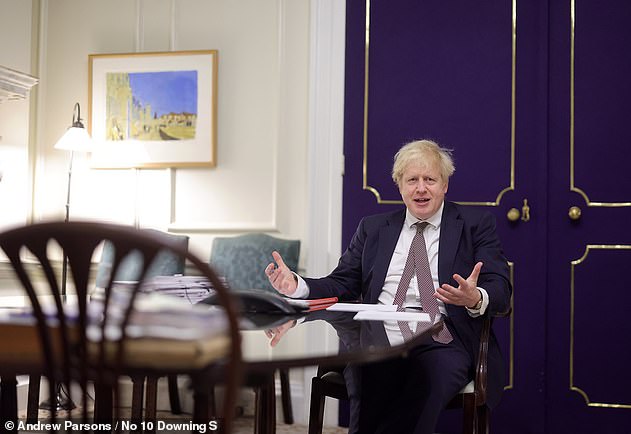 Up to 11million lateral flow tests will be made available for schools and colleges from January 4, providing testing capacity for up to 5.5million.

The National Education Union called on the Government to go further, and said it wanted all children to be tested before they returned.

It said all lessons should take place online for two weeks while testing was set up and teachers had their vaccinations.

Former defence minister Tobias Ellwood said troops should be deployed to carry out tests and keep schools open. He said soldiers had successfully helped test hauliers queuing at Dover to clear the backlog of lorries waiting to cross the Channel.

He said school closures risked ‘damaging the life chances of our next generation’.

One backbencher told the Telegraph: “The view of most Tory MPs is that schools do need to stay open. It is the health people who are saying, “Oh gosh, the hospitals will be full”. 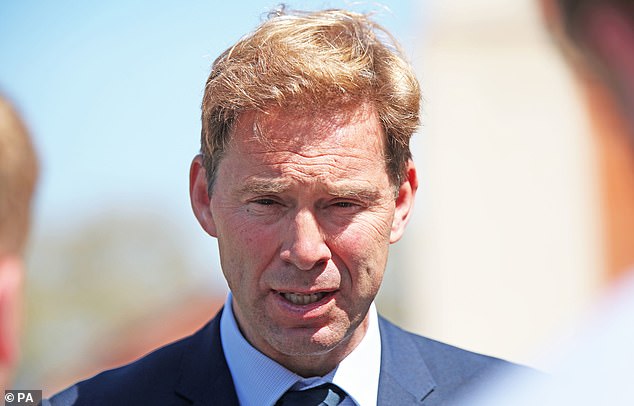 ‘We know that schools being open does increase the R rate. The question is, is that a price we are willing to pay and in my view it should be. Frankly, children don’t get harmed so why on earth should we punish them?’

Professor Neil Ferguson, an epidemiologist of Imperial College London and member of No10’s advisory group NERVTAG, said that if the hypothesis that the SARS-CoV-2 mutation appears to spread more quickly among youngsters is found to be true it may explain a ‘significant proportion’ of the transmission increase.

Speaking a virtual media briefing hosted by the Science Media Centre, he said: ‘There is a hint that it is has a higher propensity to infect children.

‘That may perhaps explain some of the differences but we haven’t established any sort of causality.’

A mass testing study in England’s schools revealed that one in every 79 people tested positive in November, without knowing they were infected.

The Office for National Statistics data showed 1.24 per cent of pupils and 1.29 per cent of staff went in because they did not know they had the virus.

Infection rates were highest in secondary schools, and tests in the worst-affected areas of the country found around one in every 67 tested positive.

A Government spokesman said rapid testing would help keep secondary schools open, while reducing the risk of transmission in communities.

They said: ‘We want all pupils to return in January as school is the best place for their development and mental health. But as the Prime Minister has said, it is right we follow the path of the pandemic and keep our approach under constant review.’