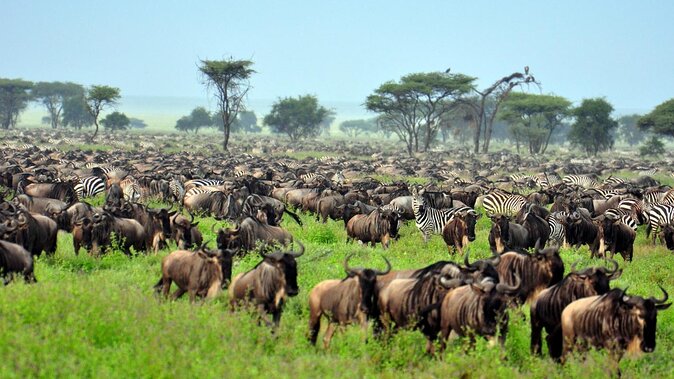 Think of an unforgettable African wilderness experience and think not beyond the endless plains of Serengeti, Tanzania. The world-known Serengeti National Park is home to the great wildebeest migration and the big five game.

It is amazingly one of the leading safari parks in not only Tanzania but also worldwide.

Boasting its biodiversity, Serengeti National Park is officially a declared UNESCO World Heritage Site lying within the spectacular Serengeti eco-system between the Maasai Mara and the Simiyu Area.

Serengeti was established as a national park in 1951 making it one of the oldest parks in Africa.

Serengeti National Park derives its name from the word Serengeti. The same name is also referred to as Siringet by the Maasai local residents and it denotes the endless plains.

The Maasai people thought that the Serengeti plains have no end. Initially, Serengeti was visited by Oscar Baumann in 1892, and later, Stewart Edward white too visited in 1913 and returned to the park again in 1920 and spent 90 days in the Seronera region.

Serengeti National Park is geographically positioned on the North-eastern side of Arusha at a close border to Masai Mara National Reserve of Kenya. The Masai-Serengeti eco-system expands from the Simiyo area to the Masai Mara.

Serengeti National Park is one of Africa’s largest wildlife parks, sitting on a land area of up to 14763 sq km. It is an extensive safari park with three sectors that is the Southern region- featuring the Central region that is inclusive of the Seronera Valley also referred to by Maasai people as Serengit/endless plains.

The western corridor is another sector of Serengeti National Park and consists of the Grumeti River and has spectacular forests and dense bushland.

In the Northern sector, the Lobo region links Serengeti to the Masai Mara National Reserve of Kenya. It is the least visited part of Serengeti National Park. 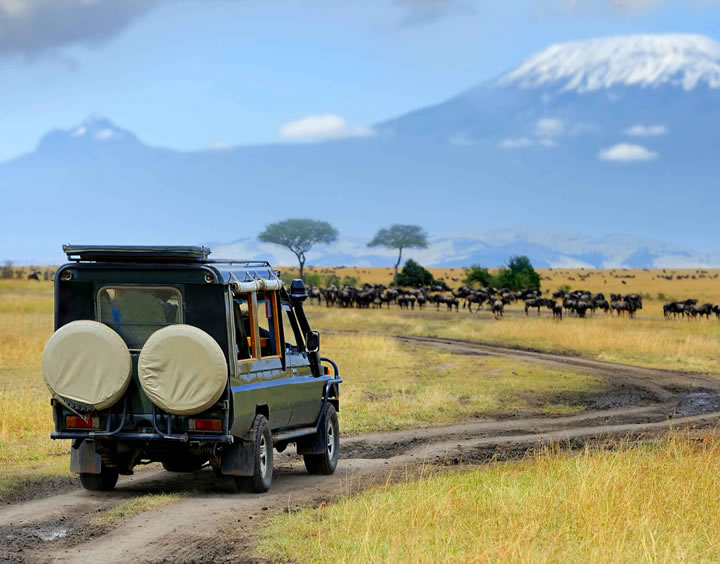 Wildlife. Wildlife is no doubt the main highlight of every Tanzania safari in Serengeti National Park. The expansive savanna park is a home to millions of wildebeests, big five game members- buffaloes, rhinos, leopards, elephants, lions; plus other wildlife species.

Birds. Over 500 bird species make Serengeti National Park a great birding safari destination and they include the endemic birds and migrant species.

The wildebeest migration is the world’s magical experience and a natural wonder often watched during the dry months of July to October.

July marks the climax of wildebeest migration when they cross the Mara River. In June, the migration occurs in the Grumeti River on the Western side of Serengeti and the calving period starts in January to February on the Southern side of the park.

Moru kopjes. Moru Kopjes are a famous refuge for some of the remaining black rhino population in the Serengeti National Park. They are also the best spots to see large pride of lions and hiding sites for leopards. The kopjes are beautiful rocks of geological formation.

Game drives/wildlife viewing. Game drives offer tourists a chance to immerse themselves into the stunning endless plains of Serengeti while in search of the big five games that are leopards, elephants, lions, rhinos, buffaloes, and other species like wildebeests, elands, zebras, giraffes, birds and more.

The game viewing experience in Serengeti is perfectly enjoyed while in a 4×4-wheel drive vehicle. It is possible to go on a morning, afternoon, or evening game drive in Serengeti National Park.

Other birds to identify include Usambiro barbet, black-headed gonoleks, Ruppell’s vultures, and more.

When to travel to Serengeti, Tanzania?

Serengeti National Park is open all year-round. However, for excellent wildlife encounters, the dry season is the best time to go on Serengeti safari which is from June to October and December to February.

These dry months are ideal for wildebeest migration watching and big five game drives. Birding in Serengeti is best done in November and April when migrant birds flock into the park.