Company director blamed his DYING WIFE for speeding fines: Husband, 51, avoids jail after giving police spouse’s name in bid to dodge string of driving offences despite her being barely conscious with brain tumour

A businessman who tried to avoid more than a dozen speeding tickets by blaming his dying wife and elderly members of his family has been called ‘callous’ by police after he was given a suspended prison sentence.

Company director Andrew Laird, 51, of Fryton, near Malton, North Yorkshire, was prosecuted after he received 16 speeding tickets from a number of police forces.

North Yorkshire Police said Laird claimed he was not behind the wheel on any of these occasions.

He said others were behind the wheel, including his wife, Rebecca, who was unable to drive at the time due to a very serious illness and has since died, a force spokesman said.

A message on a JustGiving page set up by Laird in 2017 said his wife had been diagnosed with a ‘malignant’ brain tumour two years previously and had been left ‘severely brain damaged’ after two operations which were carried out to save her life.

Andrew Laird, 51, of Fryton, near Malton, North Yorkshire, tried to avoid more than a dozen speeding tickets by blaming his dying wife and elderly members of his family

Laird pretended two other family members were driving on other occasions, including one elderly relative who was also unable to drive due to a serious medical condition.

The spokesman said the defendant went as far as renewing the elderly relative’s driving licence in 2018, despite their medical condition having prevented them from driving for a number of years.

Laird admitted 16 counts of perverting the course of justice and one of fraud, committed between 2015 and 2018, and was sentenced at York Crown Court on Friday.

But Laird avoided disqualification due to exceptional circumstances, after the judge heard he had been through a difficult time.

The convictions mean he can no longer work as a financial adviser, which was one of his business interests, the police said.

According to Companies House, Laird is a director of financial adviser firm Roseberry Financial Limited.

The JustGiving page featuring Laird’s wife was set up to raise money for a charity ‘in celebration’ of her life and that of her goddaughter, who had passed away two years previously. 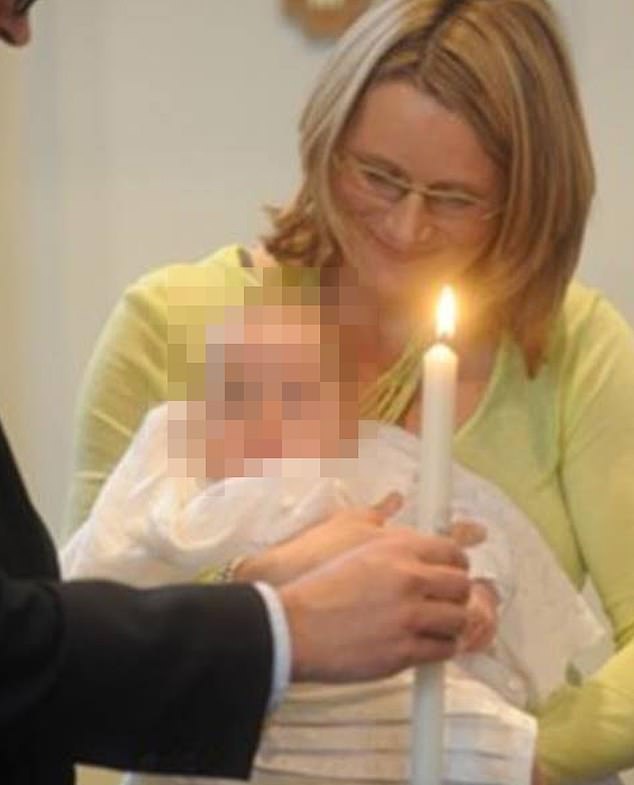 Company director Laird was prosecuted after he received 16 speeding tickets from a number of police forces. Pictured: Laird’s wife Rebecca

Laird said on the page that his wife was diagnosed with a brain tumour in July 2015 and was left ‘severely brain damaged’ after three ‘life saving’ operations.

He added that she was being cared for at home ’24/7′ and said ‘Becky is the motivation for everything I’ve ever done’.

Detective Sergeant Kirsten Aldridge said: ‘It’s sickening that Laird deliberately targeted the most vulnerable members of his family – those who could not speak up for themselves. We hope this has given them a voice.

‘The court heard how Laird had been going through a difficult time, but nevertheless his actions were callous and calculated.

‘It’s difficult to imagine how anyone with morals could implicate vulnerable loved ones in this way.

‘Laird was put before the courts as a result of a significant police investigation. And while it’s disappointing that his conviction for these serious offences did not result in a custodial sentence today, this case speaks volumes about the defendant.’ 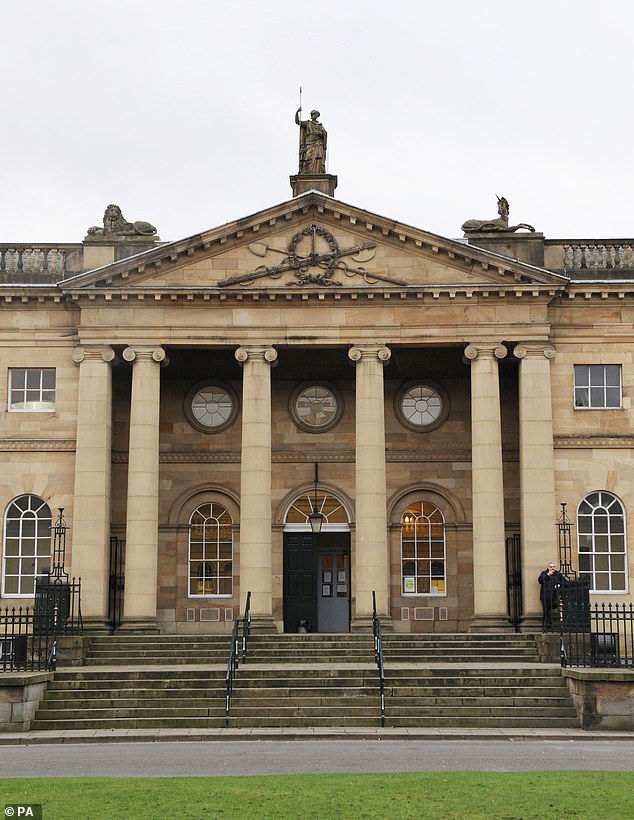 Laird admitted 16 counts of perverting the course of justice and one of fraud, committed between 2015 and 2018, and was sentenced at York Crown Court (pictured) on Friday