The best and worst performing companies on gender equality will be named and shamed on a new public list that the NSW government will release each year.

NSW Treasurer Matt Kean said on Wednesday he wanted to create a corporate ‘race to the top’ and that the business sector was the key to the state’s prosperity.

Currently, organisations with more than 100 employees are already required to tell the government about gender percentages in staff and management, pay gaps, and processes for employee feedback.

The data will now be compiled and companies ranked on the list – with Mr Kean saying he intends to work with job sites such as Seek to give the top companies an ’employer of choice’ mark on employment listings.

The government will also alter its procurement contract policies to favour the better performing companies – thus encouraging government suppliers to take action on the issue.

‘Businesses that stamp out harassment, which have women in senior leadership roles, and which respect the contributions of women are going to be able to hire better staff, empower and motivate huge swaths of their workforce,’ Mr Kean said.

But 2GB radio personality Ben Fordham accused the treasurer of hypocrisy saying departments under him weren’t setting an example.

‘No company with any common sense is actively avoiding women but Mr Kean is hell-bent on shaming them if they’re not 50/50,’ Fordham said.

He claimed Mr Kean had fallen short of his own goals with only 37 per cent of government board positions within his portfolio occupied by women.

In addition to the gender equality rankings, the NSW government will spend $1.4billion to lower the cost of childcare and pre-school in an effort to help young parents return to the workforce.

From next year, all NSW families will be eligible for up to $4000 a year in fee relief for three, four and five-year-olds attending a community or mobile preschool.

For the first time, parents with children in long private daycare will be included in state childcare subsidies, with up to $2000 a year available in fee relief for four and five-year-olds.

The equivalent of five days a fortnight of affordable preschool fee relief will be available for all children in Department of Education preschools. 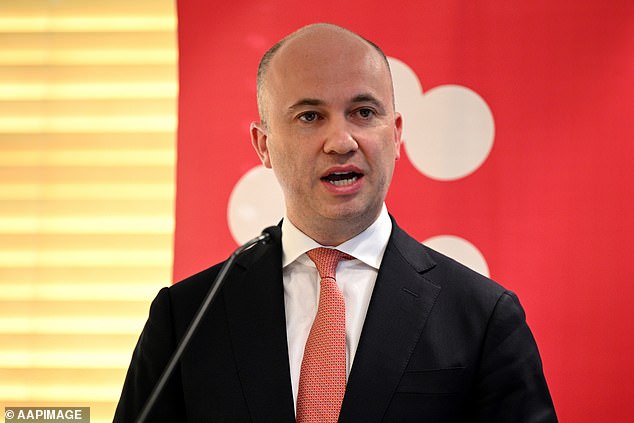 The announcement, included in this week’s budget, comes a day after the government committed $5 billion over the next decade to expand access to affordable child care.

The fund will be used to entice private childcare providers to create 47,000 places a year in areas where demand is the greatest, with providers having to tender for funding.

Currently almost half of NSW’s children aged four do not get all their recommended checks, which are designed to ensure better behavioural and academic outcomes at school.

‘The first 2000 days of a child’s life are critical to their development and success and we want to ensure they get the best start possible,’ Mr Perrottet said.