The 46-year-old head of Australia’s biggest home lender received a total remuneration of $6.968million during the last financial year, a massive 34.67 per cent increase on his previous package of $5.174million.

His pay package is 77 times greater than Australia’s average, full-time salary of $90,917, with most workers receiving a pay rise of just 2.4 per cent despite unemployment now being at a 48-year low as inflation surges.

Mr Comyn, who joined the Commonwealth Bank in 1999, saw a 30 per cent increase in his long-term variable remuneration bonuses, which rose to $2.087million from $1.601million.

This saw him receive significantly more than his base salary of $2.5million, with his total remuneration also including short-term variable remuneration bonuses of $1.021million and ‘long-term alignment remuneration’ of $1.36million.

Commonwealth Bank chief executive Matt Comyn has received a 35 per cent pay rise as borrower suffer the steepest rate increases in almost three decades. received a total remuneration of $6.968million during the last financial year, a massive 34.67 per cent increase on his previous package of $5.174million

The result covering the 2021-22 financial year included the Reserve Bank’s May and June interest rate rise.

In May, June, July and August, home borrowers have been hit with 1.75 percentage points of RBA rate rises, the steepest increase since 1994, with more increases expected this year.

The annual report for fiscal year 2022 noted higher interest rates would be hard on borrowers and those wanting to get into the housing market.

‘We recognise this puts pressure on households and makes it harder for first home buyers to save for a deposit,’ it said.

The Commonwealth Bank noted that despite unemployment being at a 48-year low of 3.5 per cent, Russia’s invasion of Ukraine was likely to push up inflation. 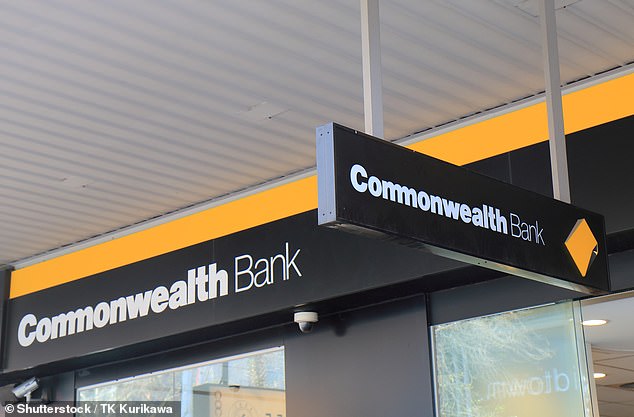 Despite the rate rises, Commonwealth Bank shareholders have benefited, receiving a $3.85 per share dividend, fully franked for tax purposes, representing a 10 per cent increase on the previous financial year.

The Commonwealth Bank, ANZ, Westpac and NAB are all expecting the Reserve Bank of Australia to raise the cash rate by another 0.5 percentage points from a six-year high of 1.85 per cent to a seven-year high of 2.35 per cent at its September meeting.

CBA is forecasting the Reserve Bank cash rate will peak at 2.6 per cent in November.