By Vanessa Serna For Dailymail.Com

Comedian Leslie Jordan has died after crashing his BMW into the side of a building in Hollywood on Monday.

The actor was 67. Police officials told TMZ that it appeared the actor ‘suffered some sort of medical emergency’.

Los Angeles Police Department didn’t identify Jordan but told DailyMail.com that they received a call at 9.30am about a car that had crashed into a wall located at Romaine Street and Cahuenga Blvd.

Jordan, who was known for his work on Will & Grace, Call Me Kat, and American Horror Story, lived in Los Angeles. He recently took up a career as a country singer and recently teased about the release of a new song.

The country artists posted a video of himself singing along with songwriter Danny Myrick on Instagram on Sunday and announced he would be releasing a new single.

‘Sunday Mornin’ Hymm Singin’ with @dannymyrick,’ Jordan wrote on social media. ‘Danny helped me with a new original song that should be comin’ out real soon. Love. Light. Leslie.’

Actor George Takei confirmed the late actor’s death and mourned him on Twitter.

‘I am stunned at the death of Leslie Jordan, who delighted us with his many roles on television and film,’ Takei wrote.

‘The cause of death was a car crash after he suffered a medical emergency. Leslie, we are heartbroken at your loss and will miss your mirth and your inimitable spirit.’ 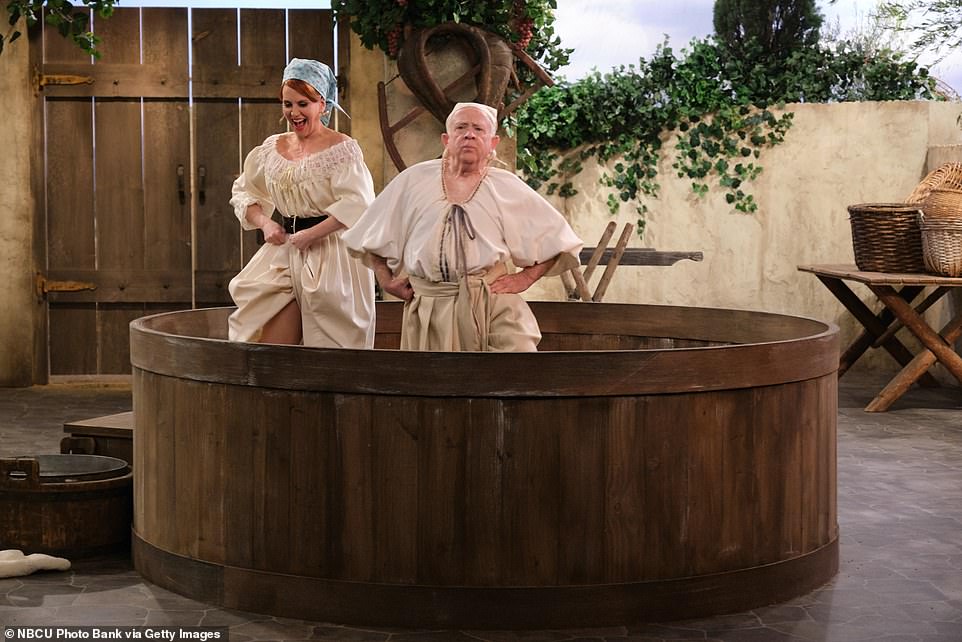 Actor George Takei confirmed the later actor’s death and mourned him on Twitter.

It began when he started posting to the social media platform as he hunkered down in his native Chattanooga, Tennessee, in March 2020 amid the pandemic.

The television star captivated a different audience and is now at 5.8 million followers on Instagram.

‘People knew me from my characters, but I’m amazed that, people discovered me as me. They loved me. And they came back,’ Jordan said at the time. 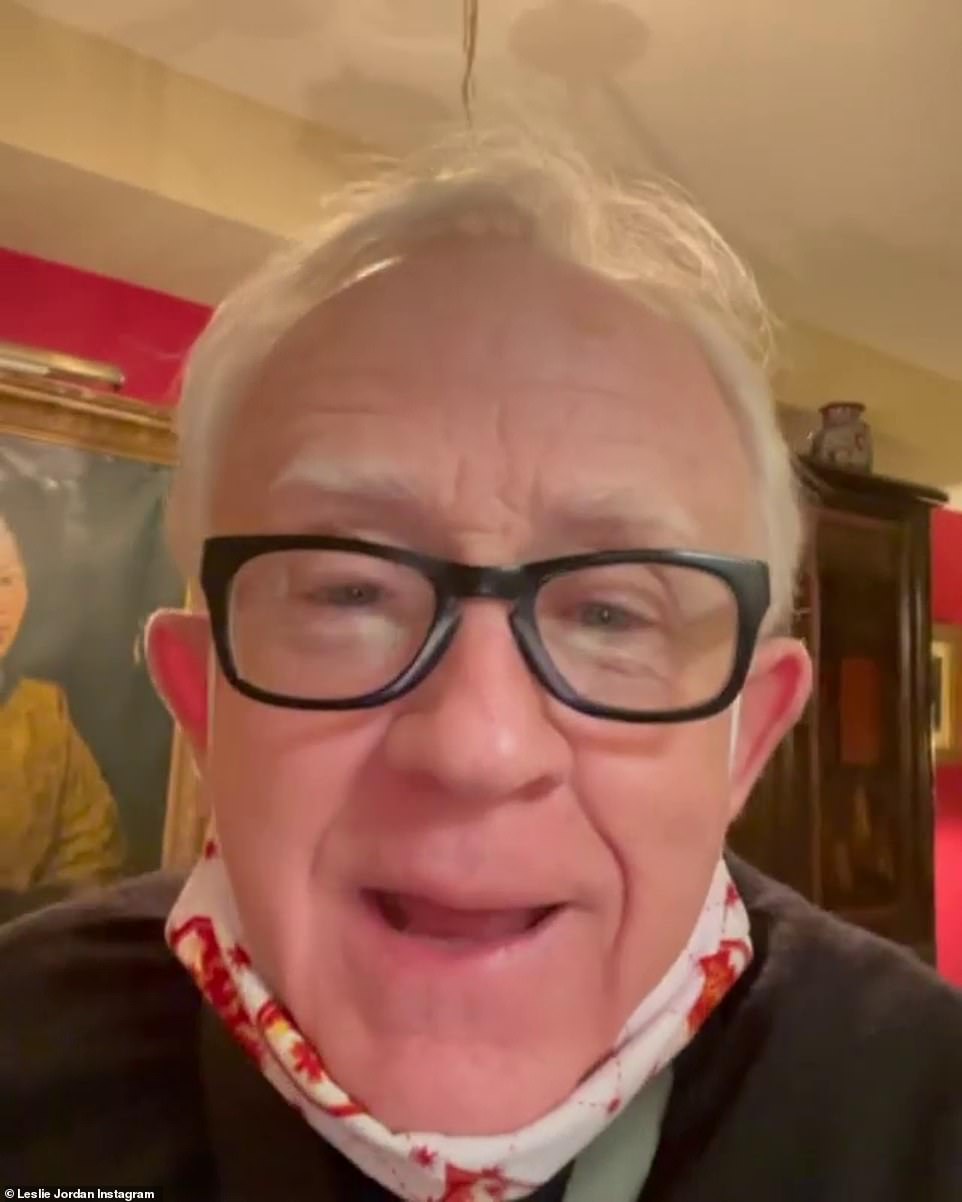 Jordan become a breakout Instagram star during the COVID-19 pandemic

At the time, the actor chatted with host Thomas Roberts about the next chapter in his career toward country music.

‘When I got to Hollywood, I never thought, oh, well, I want to pursue a career in music or anything,’ Leslie explained at the time.

Jordan’s county album, dubbed ‘Company’s Comin’,’ released in 2021 and featured some of the biggest names in music – including his friend, Pearl Jam’s Eddie Vedder.

He took his musical career a step further late last year and appeared on ‘The Masked Singer’ to perform the song ‘This Little Light of Mine.’ 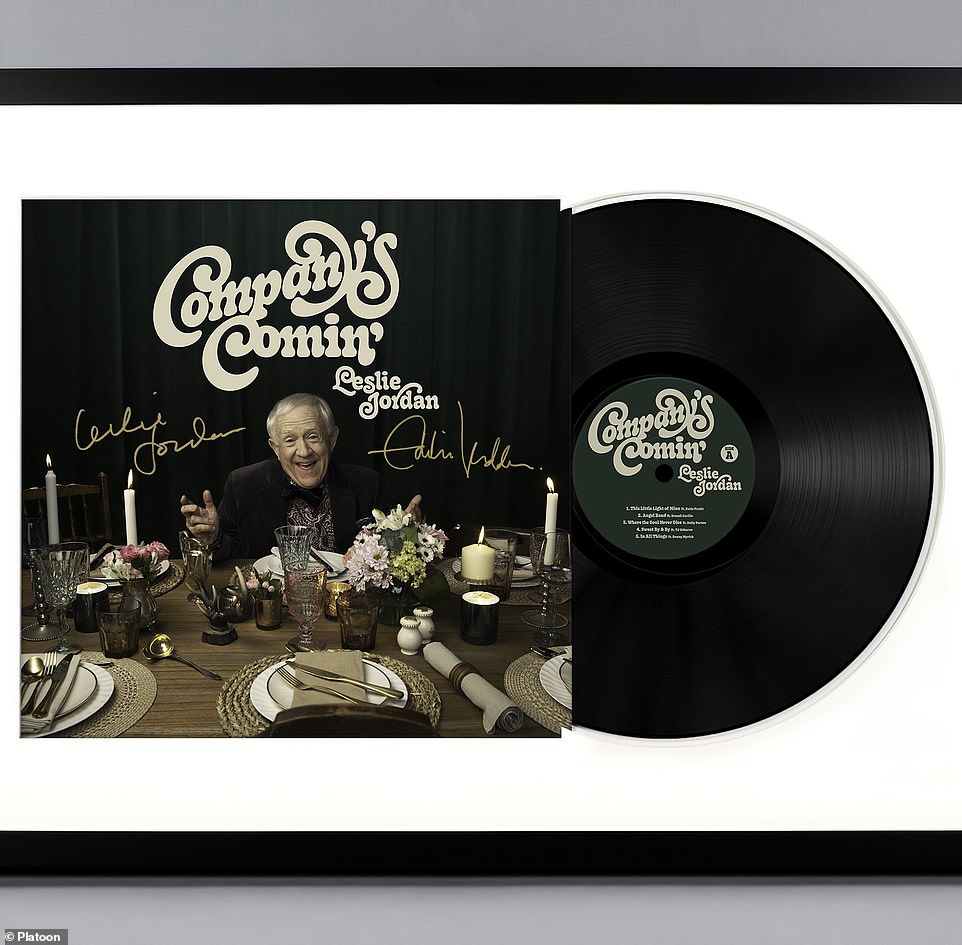 Going Country! Leslie Jordan exclusively chatted with DailyMailtTV host Thomas Roberts about the surprising next chapter in his career – and his latest project to raise money for a very important cause 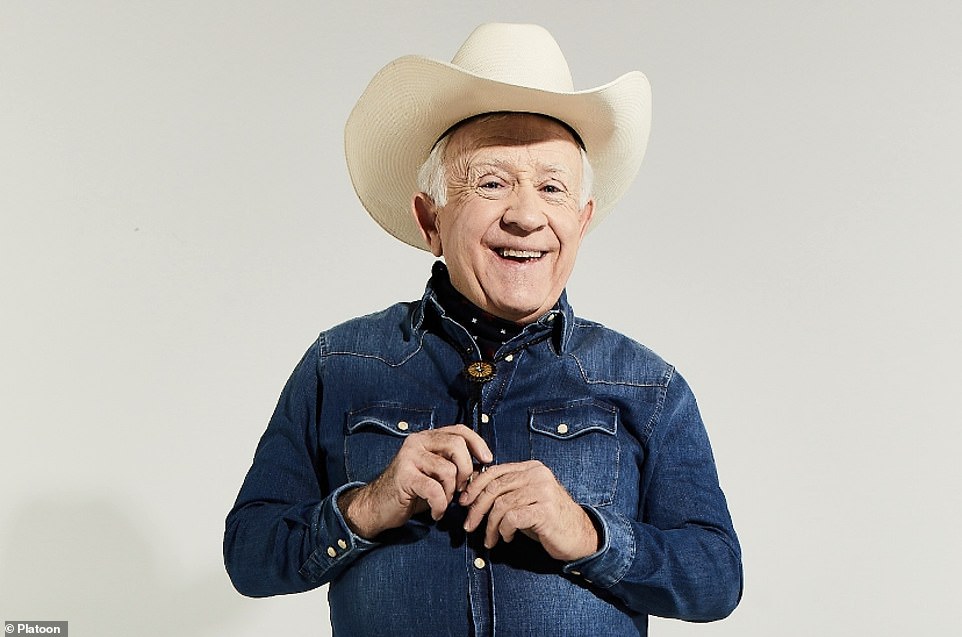 ‘When I got to Hollywood, I never thought, oh, well, I want to pursue a career in music or anything,’ Leslie said of his upcoming debut country album Company’s Comin’

Jordan arrived in Hollywood in 1982 and soon found work in a variety of TV shows including Murphy Brown, Night Court, Midnight Caller, and Hearts Afire.

By the 2000s, he was working steadily in primetime hits such as Ally McBeal, Boston Public and Boston Legal.

In 2001, he was cast as Beverley Leslie in Will & Grace and continued to appear regularly throughout its run until it ended after eight seasons in 2006.

He won the 2006 Emmy for Outstanding Guest Actor in a Comedy Series for the role and he returned for the sictom’s reboot from 2017 to 2020.

Jordan also appeared in the hit 2011 movie The Help and in several episodes of Ryan Murphy’s anthology series American Horror Story on FX.

He then returned to the big screen for the Fox sitcom Call Me Kat which stars Mayim Bialik and is executive produced by Jim Parsons.