How we did like to be beside the seaside: Colourised pictures show how Britain enjoyed beach holidays in 1890 as we prepare to embrace UK staycations once again

Britons have hit the beaches this week with temperatures soaring as the country prepares to embrace staycations once again.

The Met Office has forecast highs of 82F (28C) today as temperatures continue to rise across the UK amid the coronavirus lockdown.

And colourised pictures of how Britain enjoyed beach holidays back in 1890 have been revealed as British vacations look set to become the norm due to the impact of Covid-19.

The 19th century seaside views have been brought to life in colour showing beach hotspots across the UK.

The new images show packed seafronts from the popular holiday destinations of Blackpool to Great Yarmouth.

Blackpool became a major hub of tourism after a railway was constructed to connect the town to the industrialised regions of northern England in the 1840s.

Blackpool was a thriving resort back in 1881 with a population of 14,000 and a promenade boasting piers, fortune-tellers, public houses, trams, donkey rides, fish-and-chip shops and theatres. 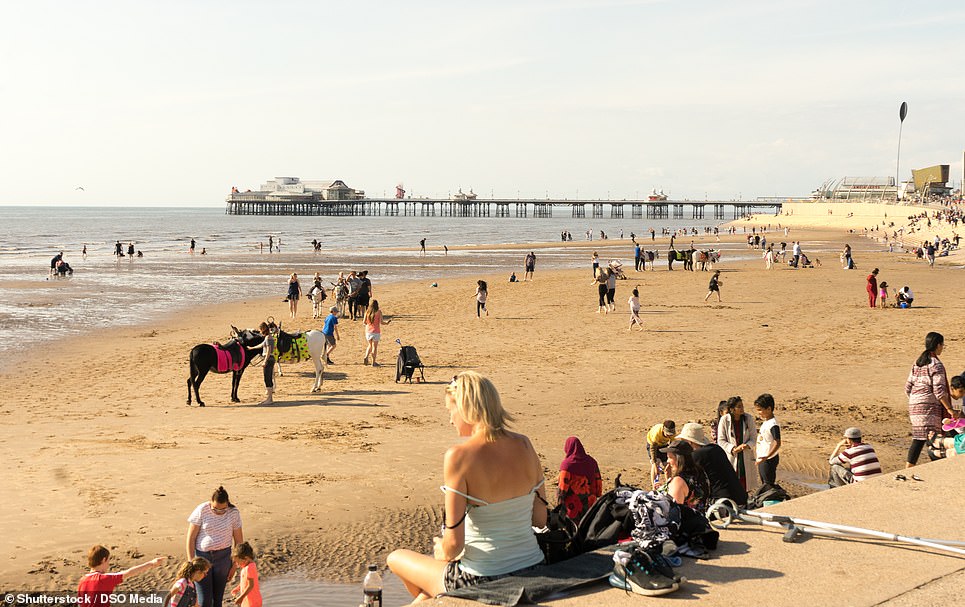 Blackpool, in north west England, is seen packed with people in the 19th century with the North Pier in the background (left) as dozens of people enjoy the beach hotspot in July 2019 in a second image (right). Blackpool became a major hub of tourism after a railway was constructed to connect the town to the industrialised regions of northern England in the 1840s. Blackpool was a thriving resort back in 1881 with a population of 14,000 and a promenade boasting piers, fortune-tellers, public houses, trams, donkey rides, fish-and-chip shops and theatres 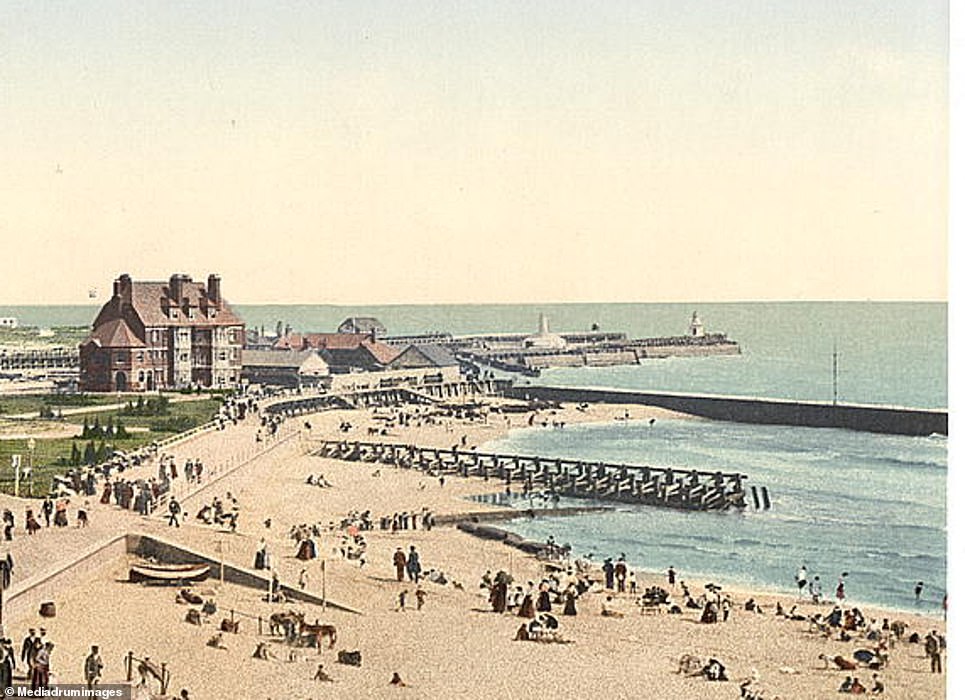 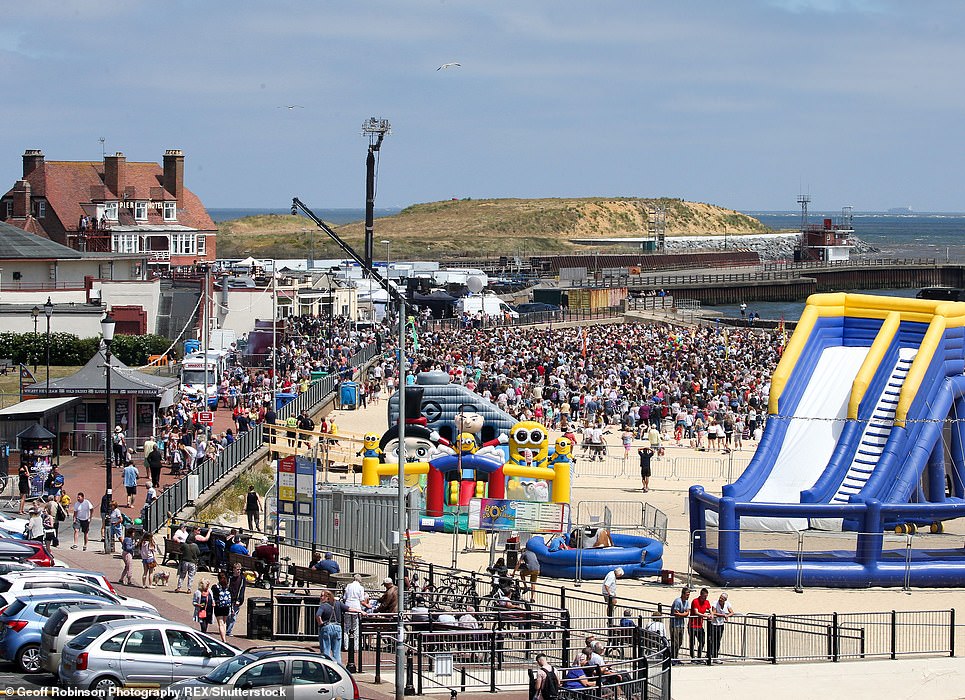 Gorleston Beach Gardens in Norfolk is seen back in 1890 (left) and as hundreds of daytrippers enjoyed bouncy castles on the seafront in 2018 (right). Gorleston is located at the River Yare’s mouth and became known for its fishing industry. Gorleston seafront is just a few miles south of the popular seaside resort of Great Yarmouth 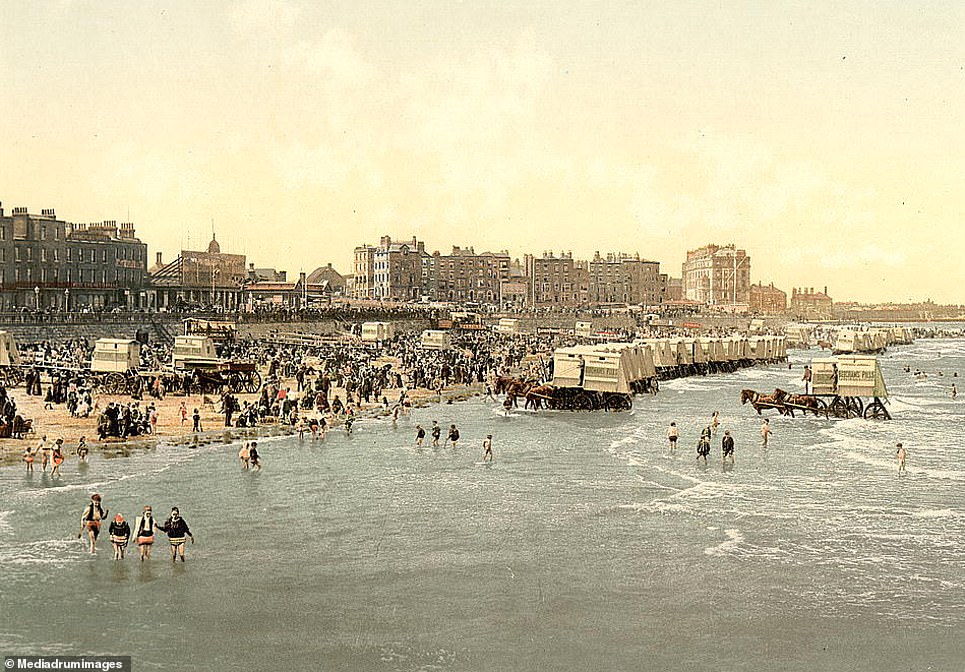 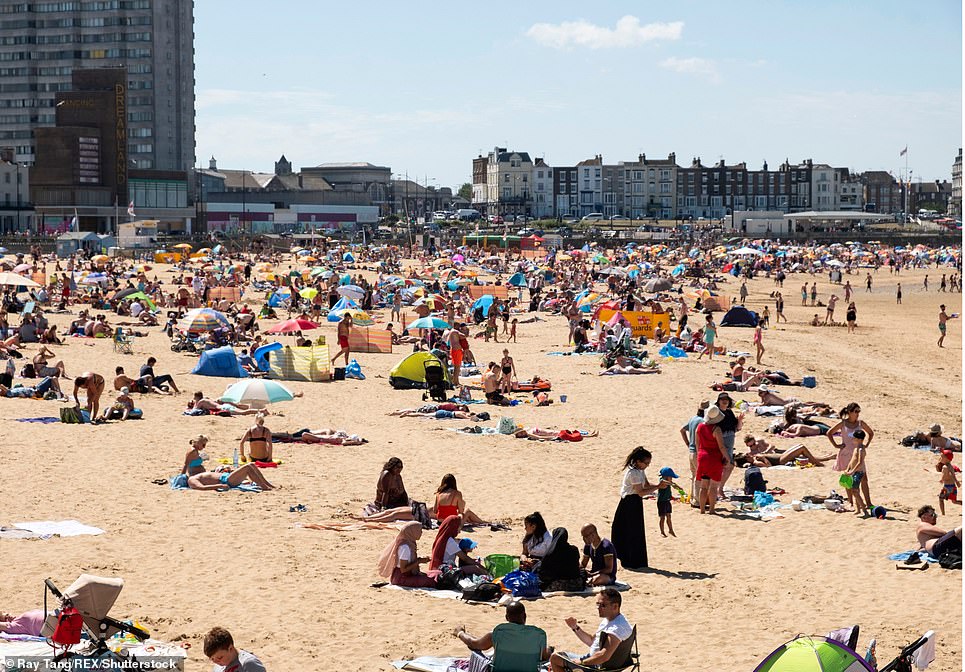 Margate Beach is seen packed with holidaymakers in a new colourised image from 1890 (left), as dozens of Britons enjoy the beach on the south-east coast in August 2018 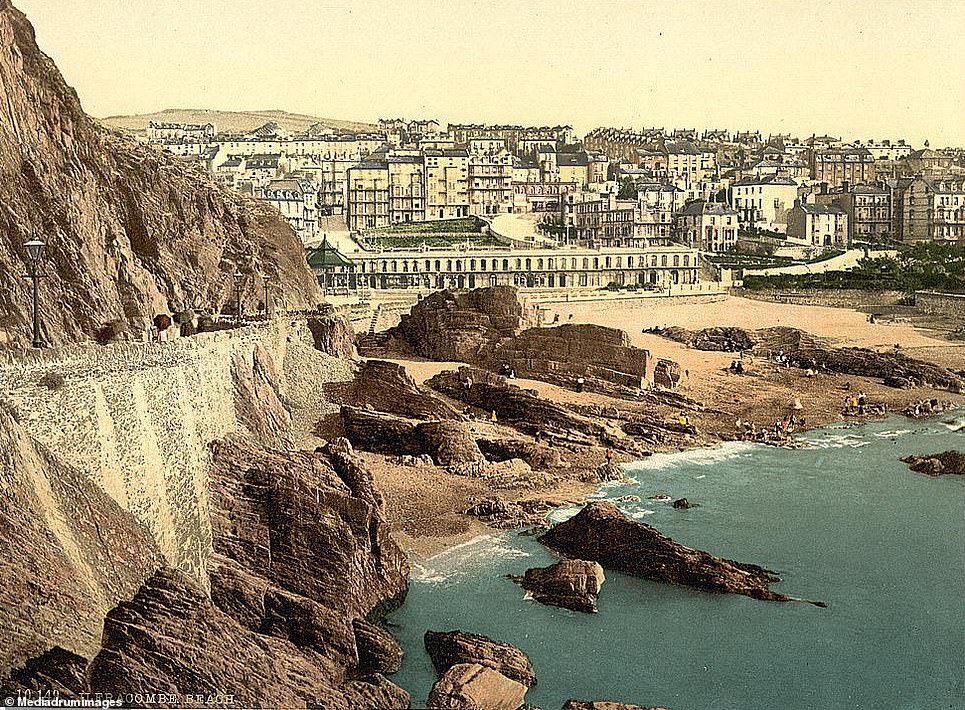 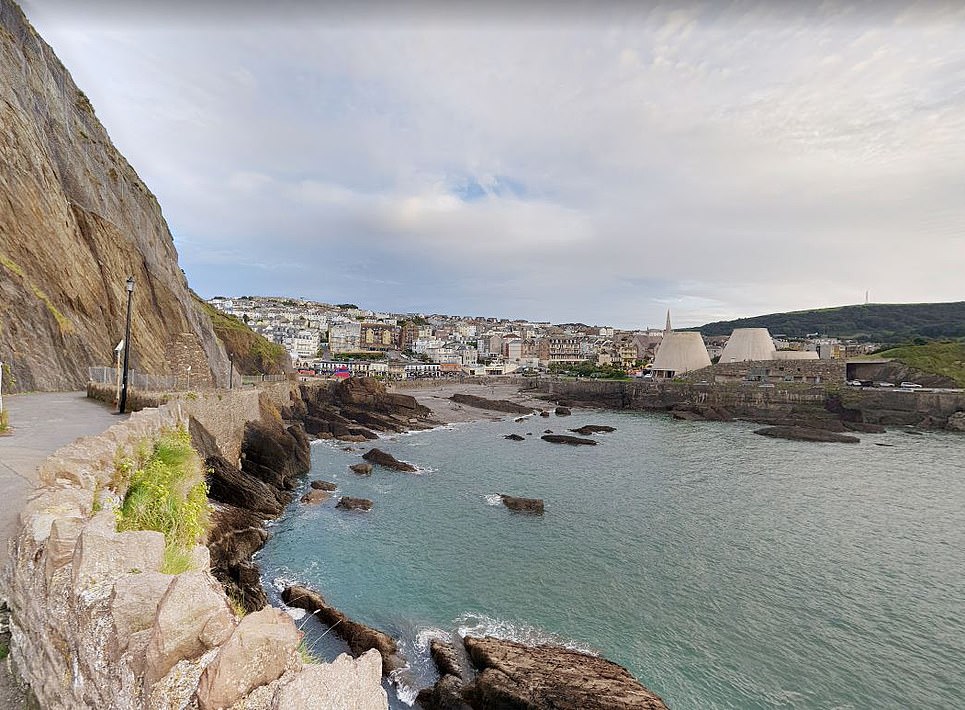 The picturesque town and beach of Capstone, Ilfracombe, in the south west of England is seen during the 19th century (left), compared to a modern day shot of the scenic beach. Cliffs surround the small harbour as seen above 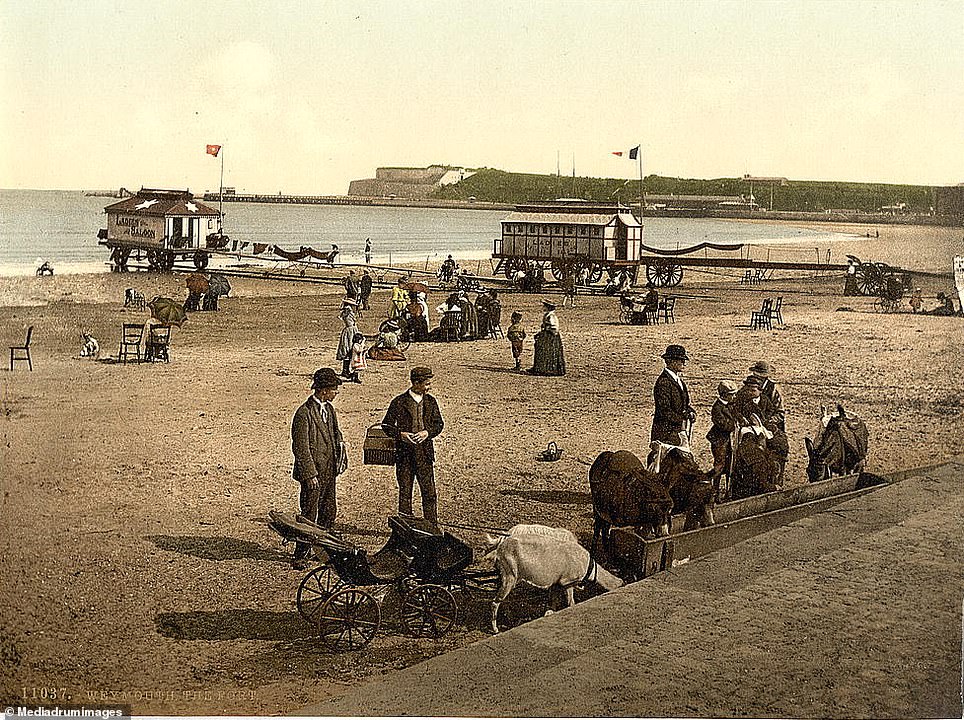 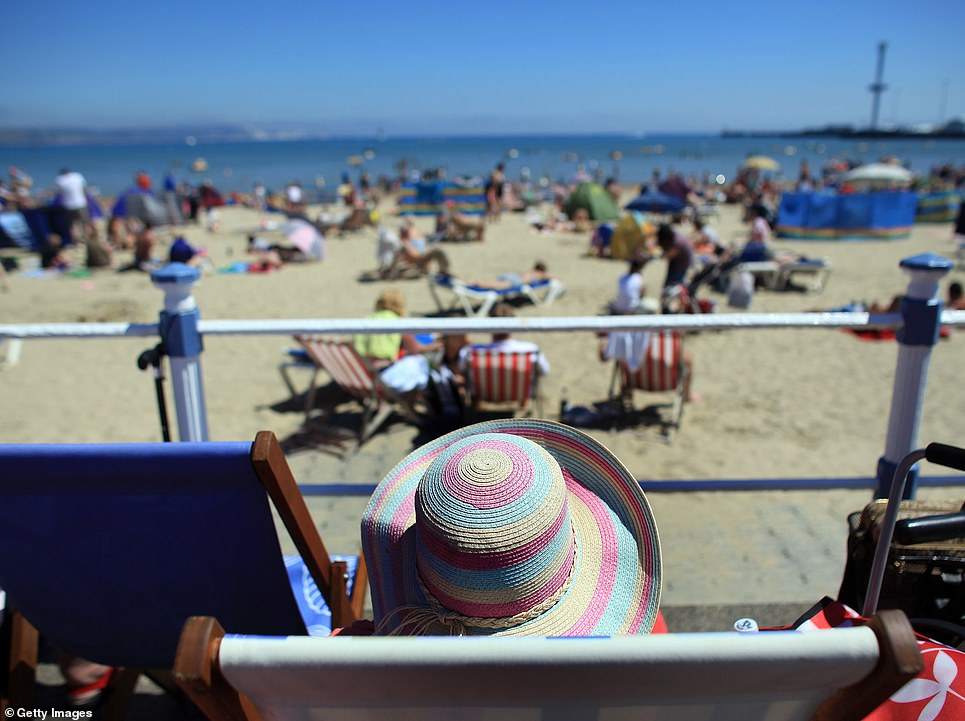 People pictured on Weymouth beach, Dorset, southern England in the 19th century (left) as holidaymakers lounge on the sand in deckchairs in July 2012. The destination provided the backdrop for sailing events at the 2012 London Olympic Games 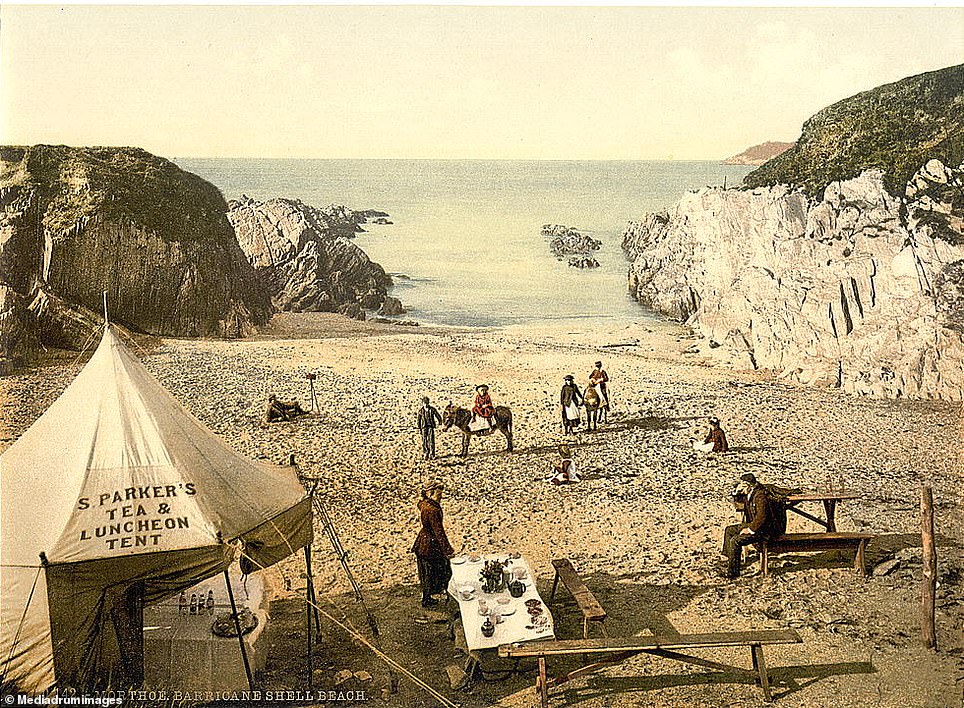 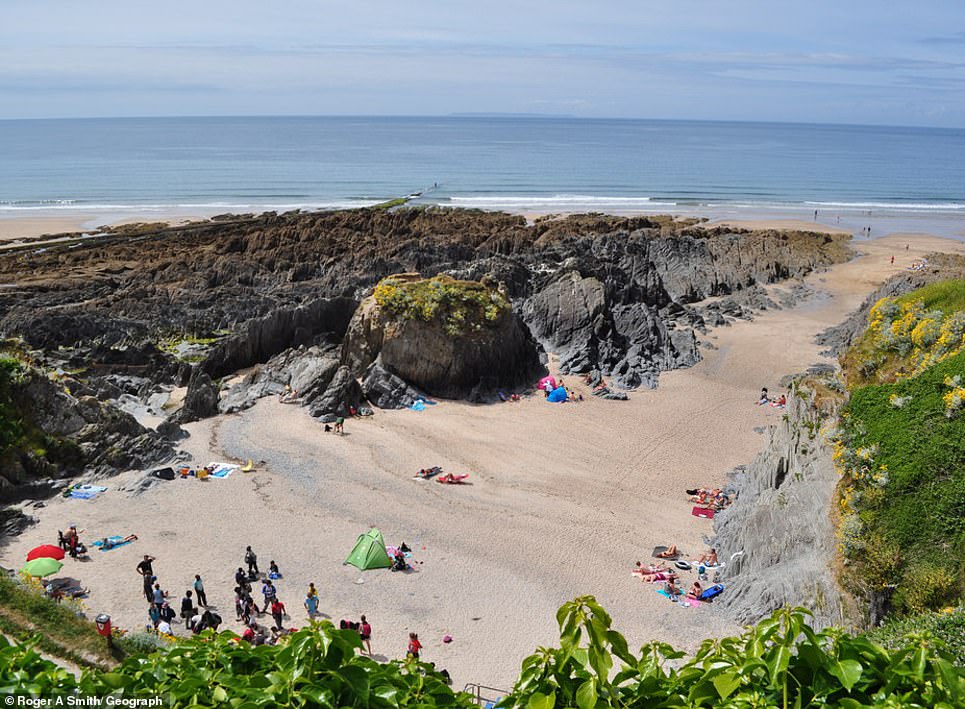 People enjoying tea and donkey rides at Barricane Beach, Woolacombe, North Devon during the 19th century seen left, as beachgoers take advantage of the private spot recently (right). A secluded spot, located in between Woolacombe and Mortehoe which attracts surfers 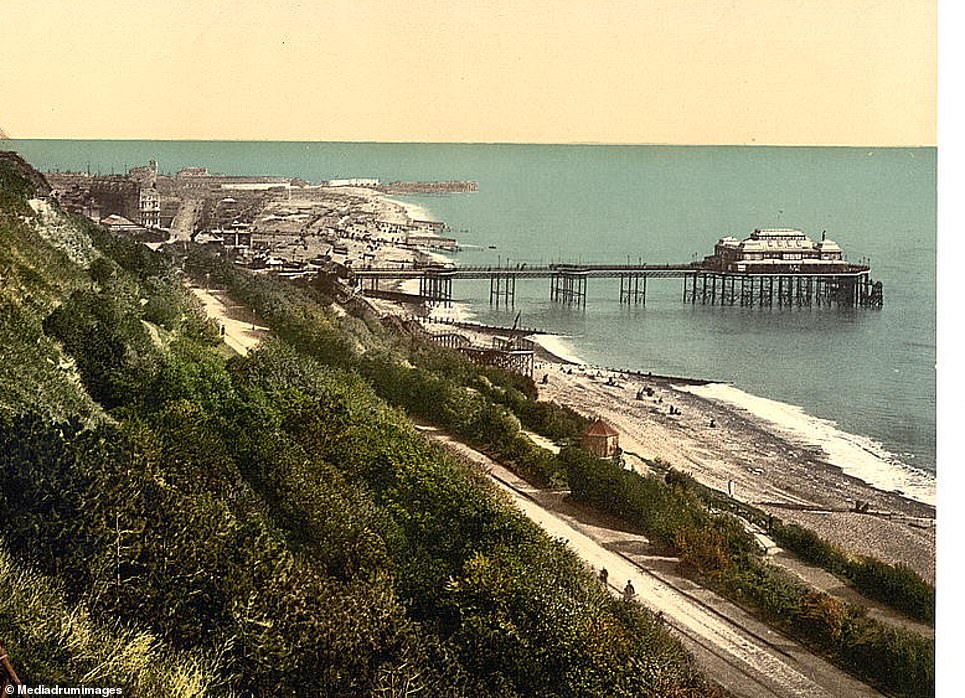 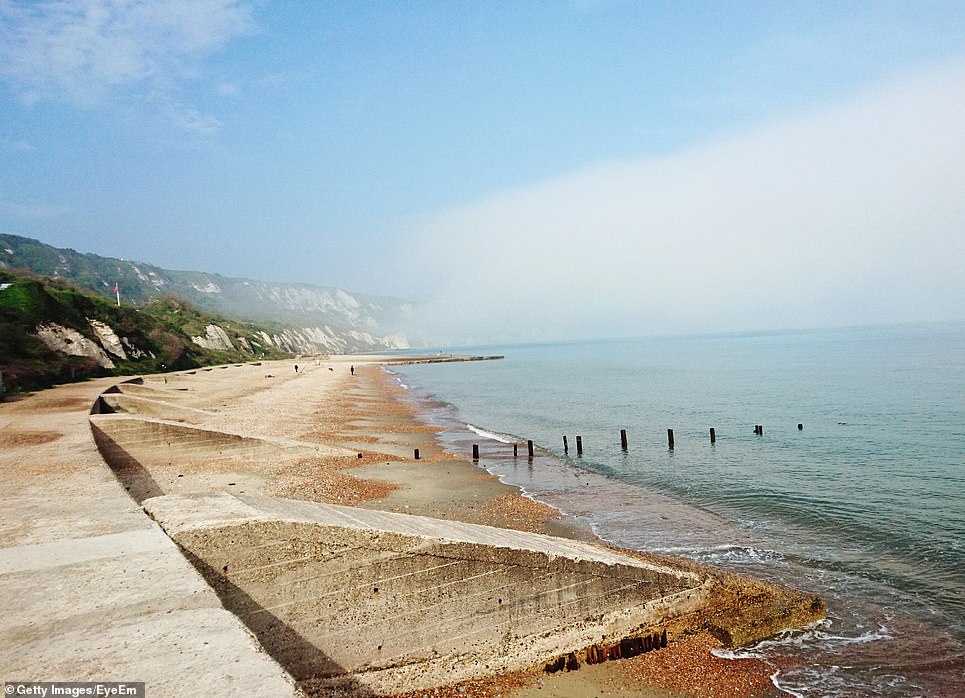 A high shot of a beach and pier in Folkestone, Kent, from 1890 compared to a recent image of the beach. The town, located on the English channel was a key port in the 19th and 20th centuries 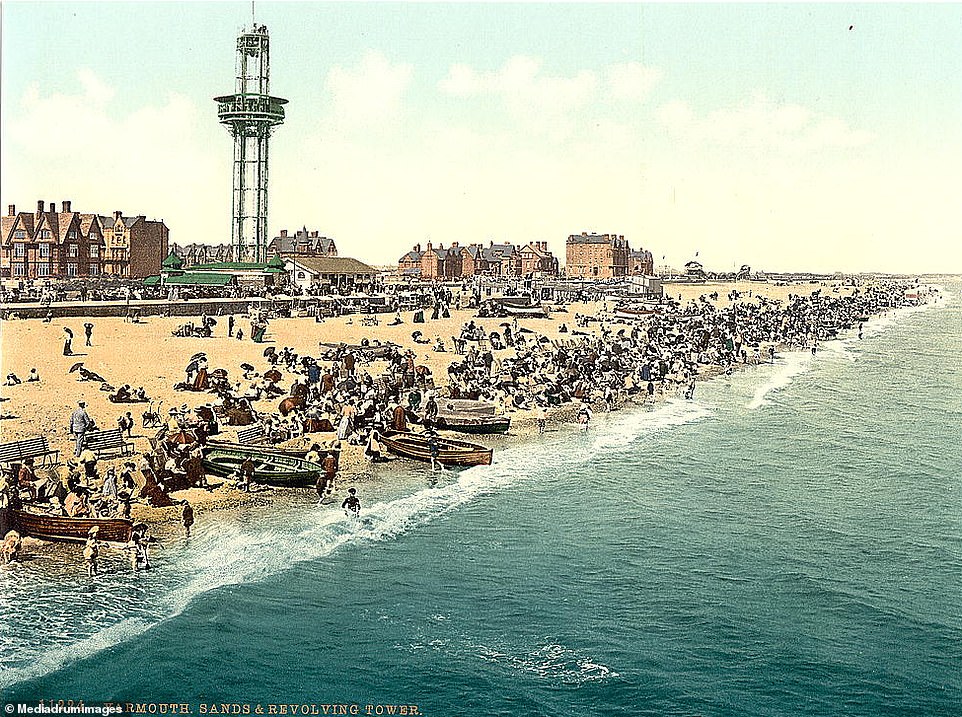 People enjoying the sand and sea at Great Yarmouth, in Norfolk, the east of England, in 1890.  The destination is a famous tourist spot 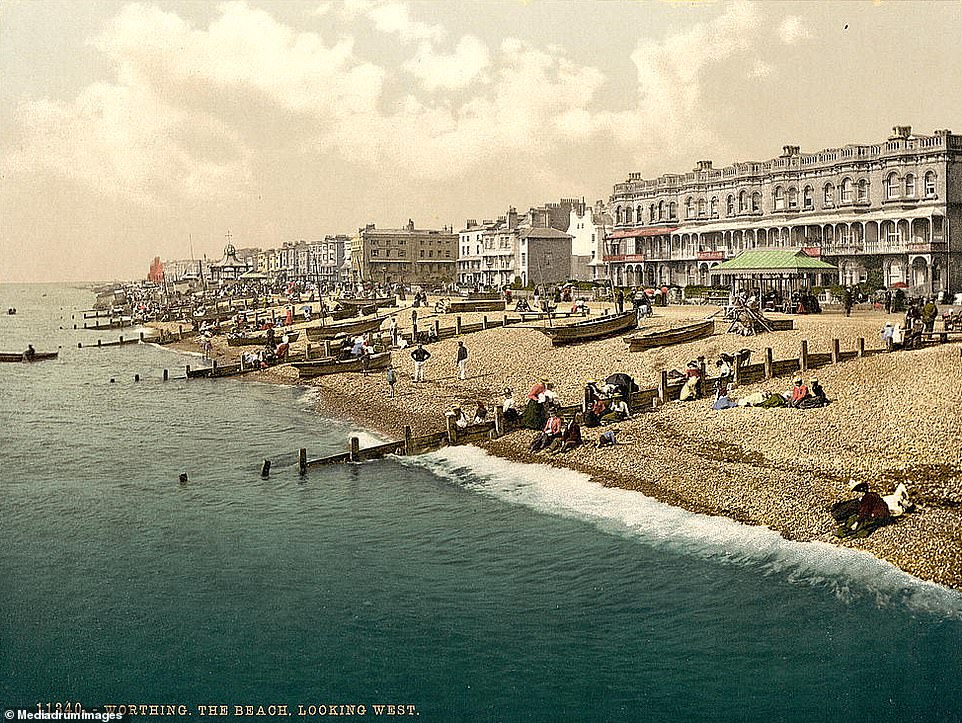 A shot looking west of the seaside town of Worthing, West Sussex from 1890. The beach is around 12 miles along the south coast from Brighton – which attracts a huge amount of day-trippers every year 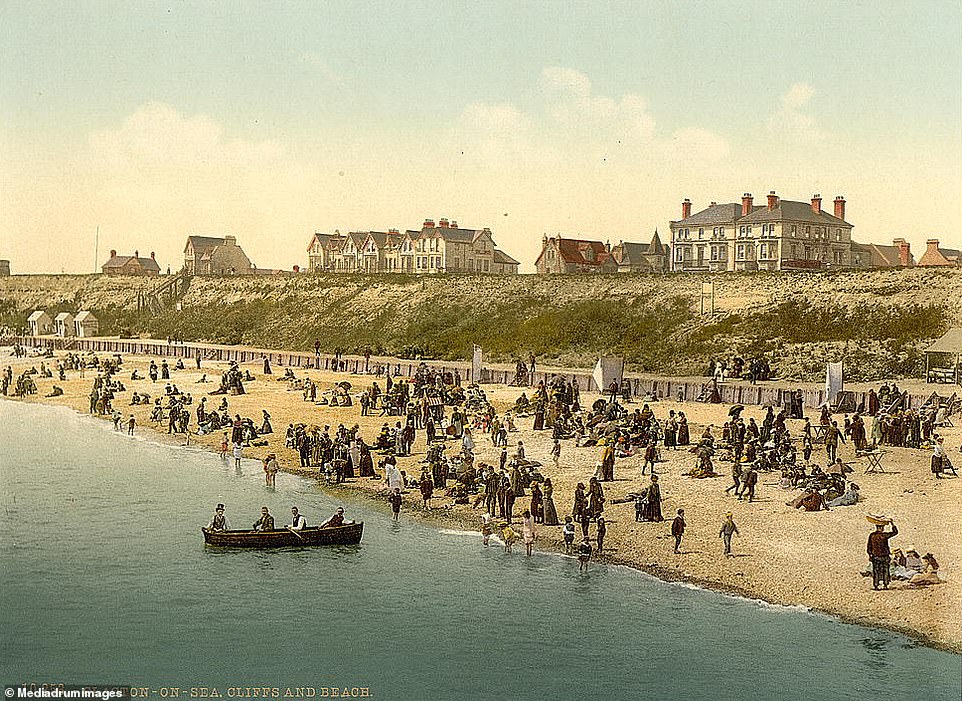 The cliffs and beach of Clacton-on-Sea, Essex, in the east of England from the 19th century. In its glory days the seaside town was a bastion of the music scene 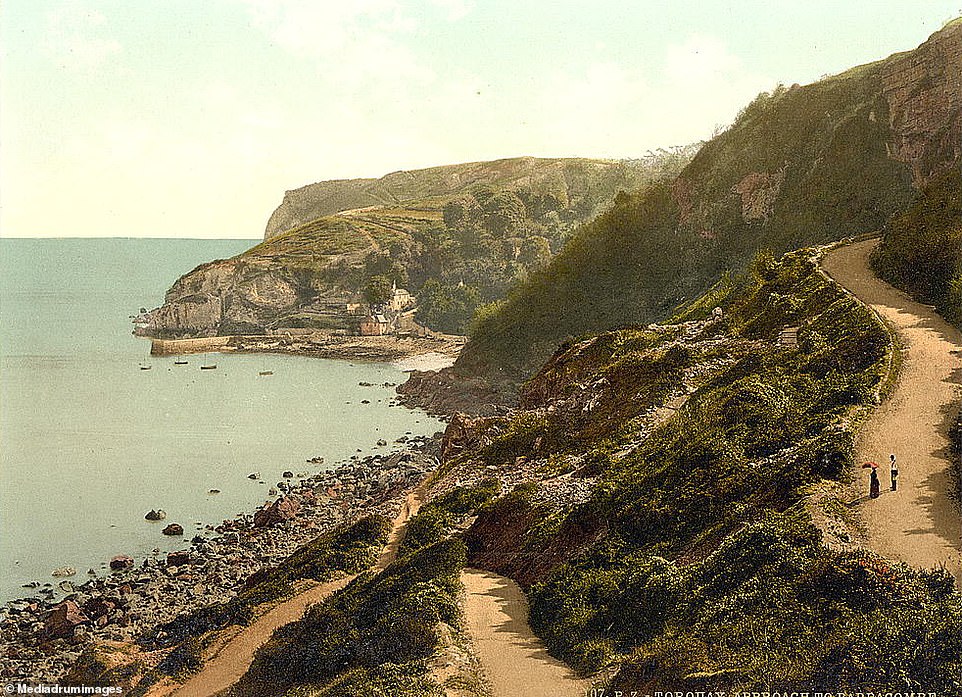 A 19th century image of the approach to Babbacombe Beach, Torquay, in Devon. A shingle beach on the south-east coast of England in the shape of an arc