The family of a grandmother who mysteriously vanished more than a month ago has revealed they have discovered her body a few kilometres from her abandoned car.

Colleen South, 58, drove her Hyundai Getz from her home in Renown Park SA across the Victorian border on July 1 and was spotted stopped on the side of the Calder Highway on July 2 before she disappeared the next day.

After weeks holding out hope and searching the area and small town near to where her car was found, her devastated family broke the news on Monday night.

‘I don’t know how to write this. We are heartbroken and in shock,’ a family member posted to social media.

‘Colleen’s body has unfortunately been located in a paddock tonight 5km from where her car was found’.

‘We don’t have any answers on what happened yet but we will update you once we do.’

The family, including Ms South’s daughter Veronica, then expressed their gratitude for the wave of support they have received over the last five weeks. 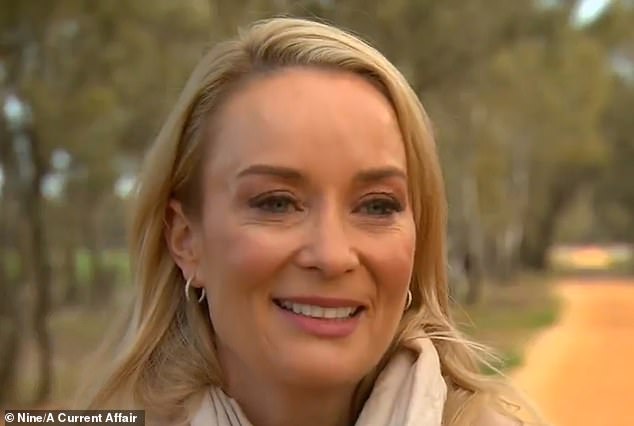 Mary Headon, who spotted Ms South’s car on the side of the highway back on July 2 and stopped to check on the grandmother, said she looked ill.

‘When we got back there she was just laying in the car with her head back. She looked really, really tired or a little bit ill I thought, her eyes were very glassy,’ Mary Headon, who pulled over to check on her told A Current Affair.

The next day a farmer noticed the vehicle travelling along nearby Jeruk River Road about 3:30pm.

But later that evening on July 3, her car was found abandoned in a ditch at Bunguluke about 545km from her home back in the Adelaide suburbs.

Her family were desperately seeking answers and are calling on the police to treat the case as suspicious.

None of the surrounding farmers or any of the 600 people in the nearby town of Wycheproof had seen or heard from Ms South.

Her belongings including a bag and journal were found metres from her car, which had the airbags deployed, but her mobile phone has not been located.

About 10 worried relatives have visited Wycheproof as the family conducted their own searches for any clues.

Her daughter Veronica repeatedly made the five hour drive from SA; liaising with police, chatting to locals and putting up missing persons posters.

‘Mum, if you see this, we just hope you’re safe and we’re not giving up on finding you, we’re here searching as much as we can and that we’re not going to give up,’ Veronica previously announced on national television.

Ms South’s actress niece Farah Mak has also joined the search and was trying to uncover what really happened saying she ‘keeps visualising that we’ll all find her together, which would be incredible’.

‘There’s this eeriness, like you’re following in your footsteps and wondering, what were her steps? What was she thinking? What was she doing?’ she previously said. 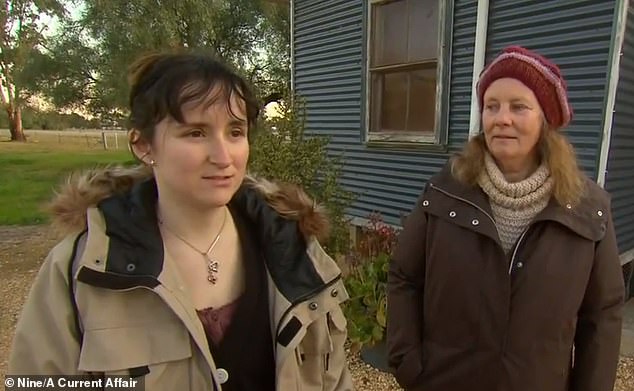 After previously critiquing the police response, the family said they were pleased to see a large number of officers out searching on one of their later visit in mid-July.

About 40 specialist officers joined the search.

‘We’ve got a number of police on foot both some police from Melbourne, Swan Hill, Mildura.

‘We’ve got the location that the vehicle was discovered, and we’ve broadened that, but that’s reviewing our maps and GPS tracking about what we’ve done previously and broaden that out into areas that we feel need to be looked at.’

Veronica who was leading the civilian search effort said he was holding out hope the family will find Ms South alive soon.

One relative of Ms South previously claimed her uncle found ‘spent shotgun shells at the scene’, but detectives ‘have not followed up on this, nor reported it’.

While ‘out of character’, Victoria Police said they were not treating the grandmother’s disappearance as suspicious. 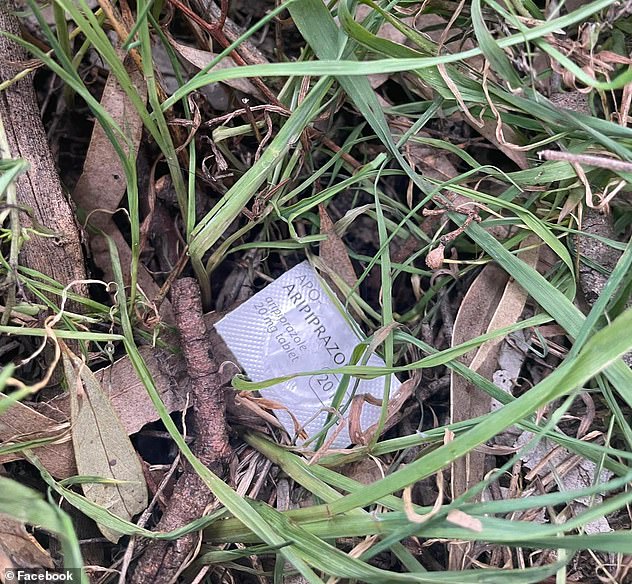 ‘My cousin found footprints and a lit out fire nearby – @victoriapolice said there was no footprints found,’ she wrote.

‘Photos taken by @victoriapolice show that there are tyre trucks of a vehicle pulling right up next to my Aunty’s personal belongings where she would have been sitting – no crime scene investigation. My cousin and her friends were told ‘this could’ve been from anything’.’

Victoria Police previously issued a statement dismissing the family’s claims that Ms South may have become a victim of a crime.

It also hit back at claims a proper investigation had not been conducted.

‘Victoria Police commenced a comprehensive search of dense bushland in the surrounding area conducting Air Wing and Drone searches along with Mounted Branch, Canine Unit, officers on foot and in vehicles along with SES,’ the statement read.

‘Local farmers were also asked to check buildings and sheds on their properties.’

Detectives claim the only fears they hold for Ms South stem from a known medical condition and her ‘disappearance was out of character’.

Her journal found in her abandoned belongings contained a handwritten note with the words ‘help me please’. 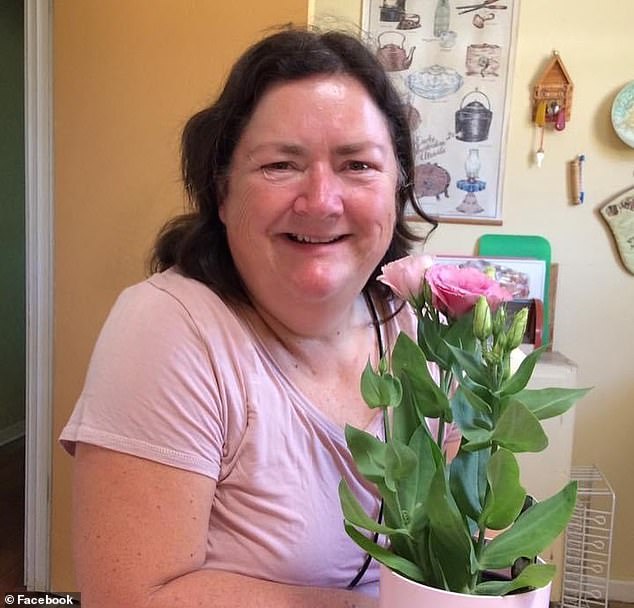 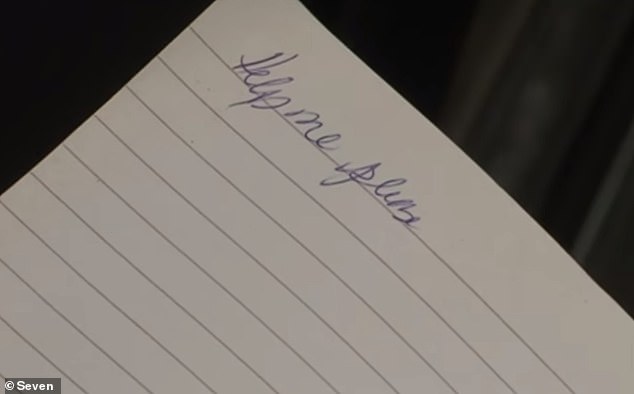 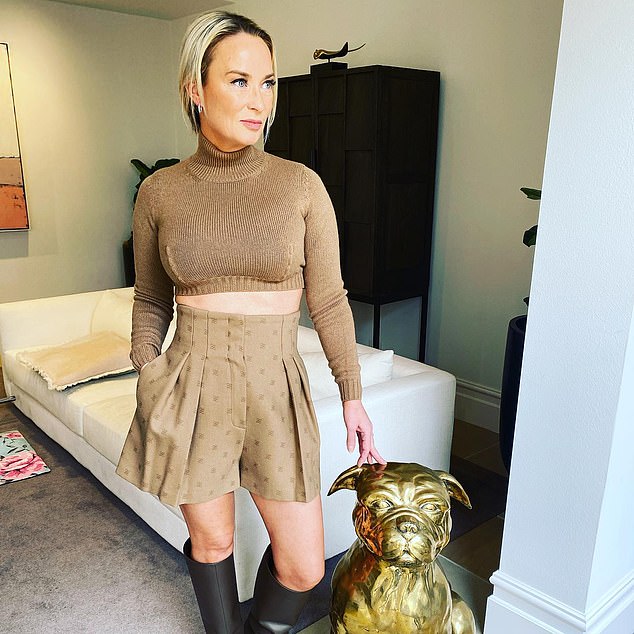 ‘Our hope is that we get action and outcome from Victoria Police by treating this as a crime and investigating accordingly to find Colleen ASAP,’ Ms South’s niece Farah Mak (pictured) told Daily Mail Australia

Veronica told Daily Mail Australia she had made the five-and-a-half hour trip from Adelaide at least three times in the last week to conduct her own searches in Wycheproof.

She believes her mother’s disappearance is suspicious because her belongings were left behind with the car door locked.

‘Also … there’s no trace of my mum, or footprints where she has walked, and no scent detected from the dogs.

‘Also my mum didn’t go to the farmers for help. The house is right next door to where her car was found, so she would have definitely gone there for help but there has been no record of anyone seeing her which I think is odd.’

A Facebook page called Bring Colleen Home set up by Ms South’s family has grown to more than 500 members.

Her daughter took to Facebook in mid-July to provide an update on her harrowing ordeal. 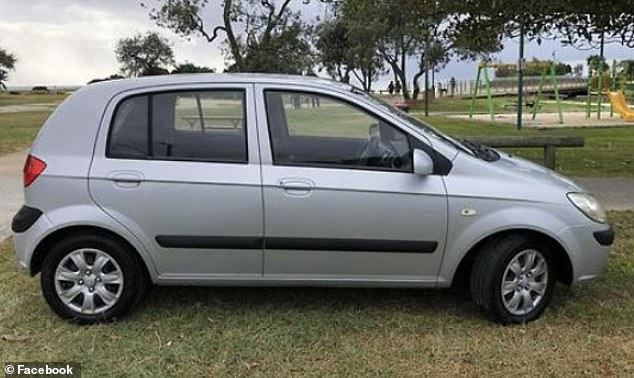 Ms South was last seen by a witness in her Hyundai Getz (pictured) on July 3. The car was found abandoned an hour later 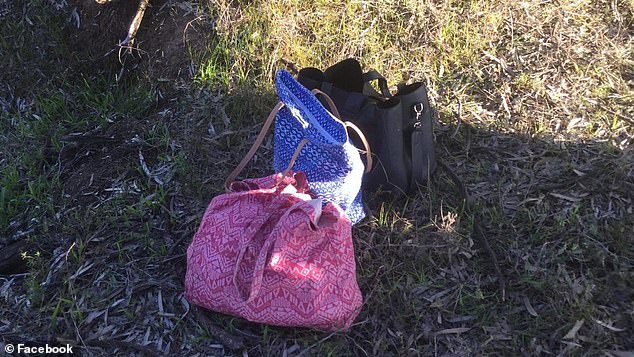 Ms South’s personal items, including bags and keys, were found  20 metres from her car

‘Although, it feels like a really long time but I’m just getting started with this search. Spoke to locals today and have been meeting with farmers, there was no luck of getting any new evidence today.

‘I am praying we find you soon and everyday feels like I’m getting a step closer to finding you. It hasn’t been easy. I am missing you every day.

‘Tomorrow we may have an update from the police of where to go with the search from here. We are thinking positive and hopefully we will get a positive outcome.’

CCTV footage captured Ms South visiting a Liquorland at St Agnes at about 11.50am on July 2, with police believing she then made her way to rural northern Victoria.

The last reported sighting was made the following day, when a witness spotted her behind the wheel of her Hyundai Getz in Ninyeunook, 267km north of Melbourne.

Around an hour later, a farmer noticed Ms South’s car abandoned parked under a tree off the side of Mackies Road, 26km away in Bunguluke.

Two days later, the farmer called police after realising the car had crashed into a ditch and sustained damage, with airbags deployed.

Ms South’s belongings were found about 20 metres from the car, including her handbag, purse, keys and a journal.

Anyone who sees Colleen or has any information is urged to contact police.