Aussie swimmers Cody Simpson and Kyle Chalmers have both crashed out of the 50 metre butterfly semi-finals to dull what was otherwise a golden day.

Both were expected to make the final and press for medals, but bombed out in their respective semi-finals with Simpson finishing sixth and Chalmers fifth.

Simpson was 10th in the heats and was just 0.05 seconds outside his personal best time.

‘It’s pretty wild,’ he said on Channel 7. ‘You dream about it, to hopefully get here and repping the country.

‘It’s special to be here. It’s the fire that never left, never went out. An itch I had to scratch. 2024 will be a bonus.

‘I’m here to try to get as much experience as I can. I was pretty relieved when they told me I could swim the 50 … it’s a good way to get a feel for the pool.’

When teenage star Isaac Cooper was sent home for ‘some wellbeing challenges, including the use of medication’ according to Swimming Australia, it opened up a spot in the 50 metre butterfly for Simpson.

He is considered a very real option to swim the butterfly leg in the 4x100m men’s medley relay heats and might also swim in the heats for the 4x100m freestyle relay. 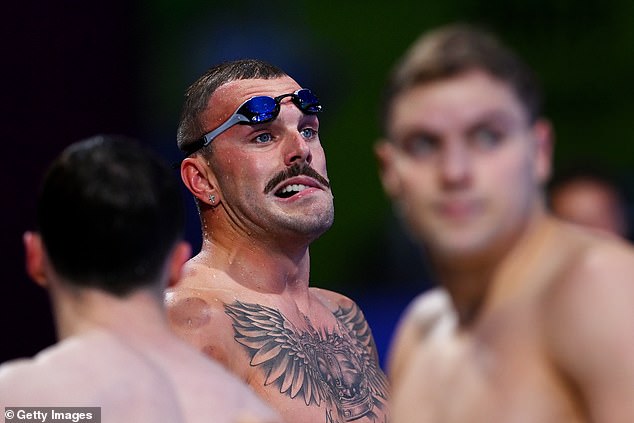 Australian head coach Rohan Taylor told News Corp that he wanted separate swimmers in the relay heats and finals to keep his stars fresh, which is good news for Simpson.

‘The medley relays will be picked on form so it goes down to where he finishes. We will have a heats team and a finals team so there’s an opportunity there for sure,’ Taylor said.

‘He’s been fantastic, he’s fitted right in no problems. It’s been really enjoyable having him.’

Earlier, Simpson showed no sign of nerves on his Commonwealth Games debut as the swimming sensation cruised through in the men’s 50m butterfly.

The former pop star, 25, took to the pool on the opening day of the Games in Birmingham on Friday, participating in the heats for the men’s 50m butterfly – his favoured stroke.

And it was smooth sailing for the Australian star, who settled for second place behind England’s Jacob Thomas Taylor Peters. 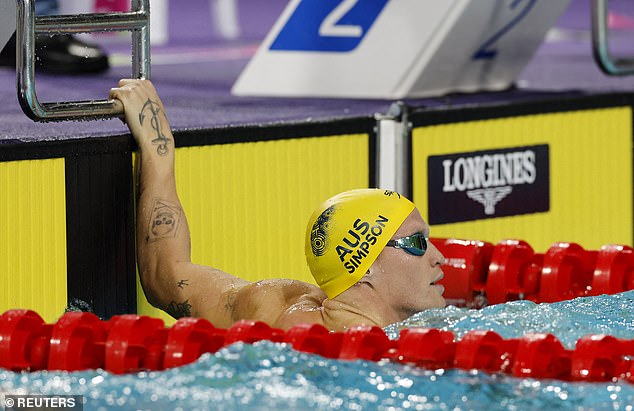 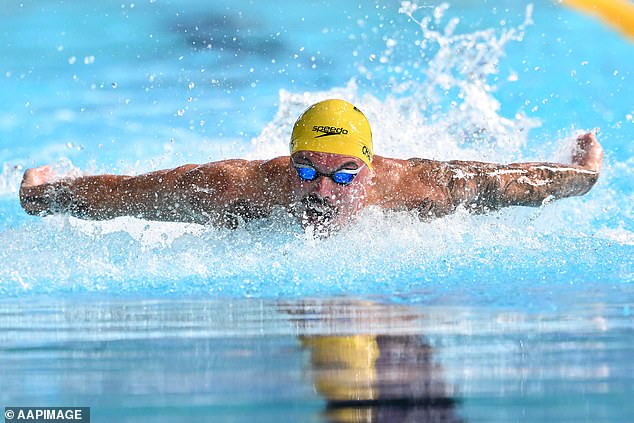 Shortly after Simpson’s showing, his countryman-turned-love rival Kyle Chalmers entered the pool and also booked his place in the semi-final.

Chalmers was the former boyfriend of Simpson’s current partner Emma McKeon, and ironed out a poor start to finish strong and take first place.