Cody Simpson has broken his silence surrounding the ‘swimming love triangle’ rumoured to have crushed his dreams of competing in the FINA World Championships in Europe.

The popstar-turned athlete who is now dating pool queen Emma McKeon, seemed all but certain of winning a place on Australia’s team in Hungary next month.

He finished second at the national swimming championships with a personal best in the 100m butterfly final.

But just 24-hours later McKeon’s Olympic champion ex-boyfriend Kyle Chalmers made the shock announcement that he’s going back on his decision to sit out the event.

The pool sprinter had finished ahead of Simpson at the national titles this week in Adelaide in second place and can rightfully claim his place at the World’s.

Many suspected the love triangle could be part of the motivation for the about-face but Simpson told Amazon Prime Video commentary team on Friday the pair have spoken and ‘cleared the air’.

The revelation came after a Chalmers took to Instagram slamming media reports about his decision and calling the situation a ‘nightmare’.

‘He changed his mind and that’s something he has every right to do. He earned the second spot. I didn’t come second I came third,’ Simpson said..

‘We had a chat last night,’ ‘He was cool, he (Chalmers) sort of reached out and we sort of cleared the air about it. So it’s all good in that sense. I would respect his decision either way.’

He says his focus now is to keep improving and again be in the mix against Temple and Chalmers in his pet event ahead of the Paris Olympics in 2024.

Meanwhile, Chalmers has vented his frustration on Instagram at the media, feeling he has been unfairly painted as a ‘villain’ after backflipping on his decision to compete in Budapest.

The powerful athlete from Port Lincoln in South Australia finished ahead of Simpson at the event – and as a result will swim alongside Matt Temple in Hungary. 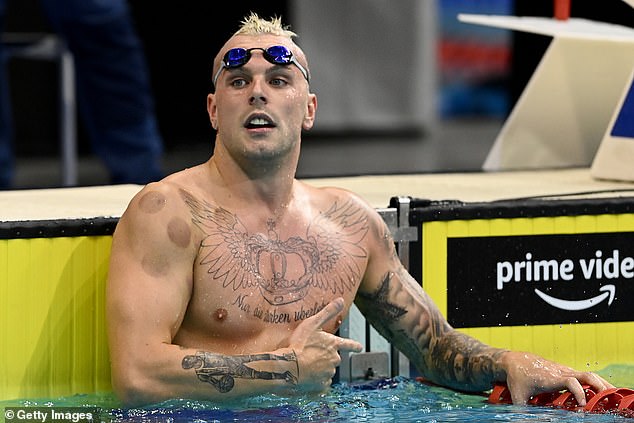 Kyle Chalmers was originally going to stay out of the men’s 100-metre butterfly at the Worlds, but changed his mind 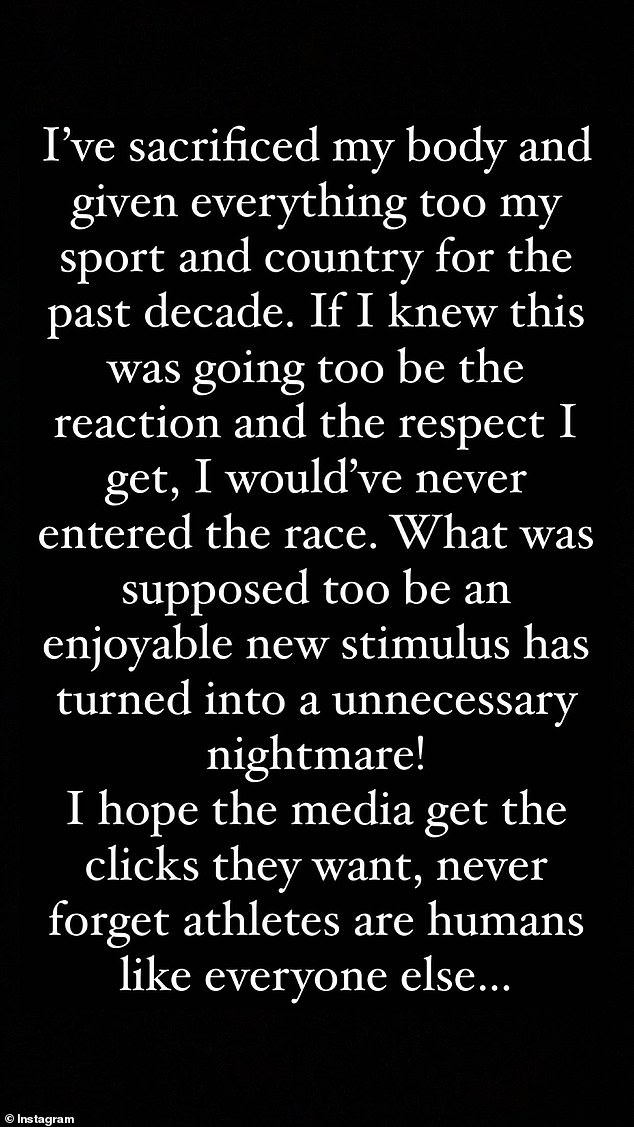 ‘I’ve sacrificed my body and given everything to my sport and country for the past decade,’ Chalmers wrote on Instagram.

‘If I knew this was going to be the reaction and the respect I get, I would’ve never entered the race.

‘What was supposed to be an enjoyable new stimulus has turned into a unnecessary nightmare!

‘I hope the media get the clicks they want, never forget athletes are humans like everyone else.’

A follow-up message said the Australian media are a ‘bunch of buttheads’. 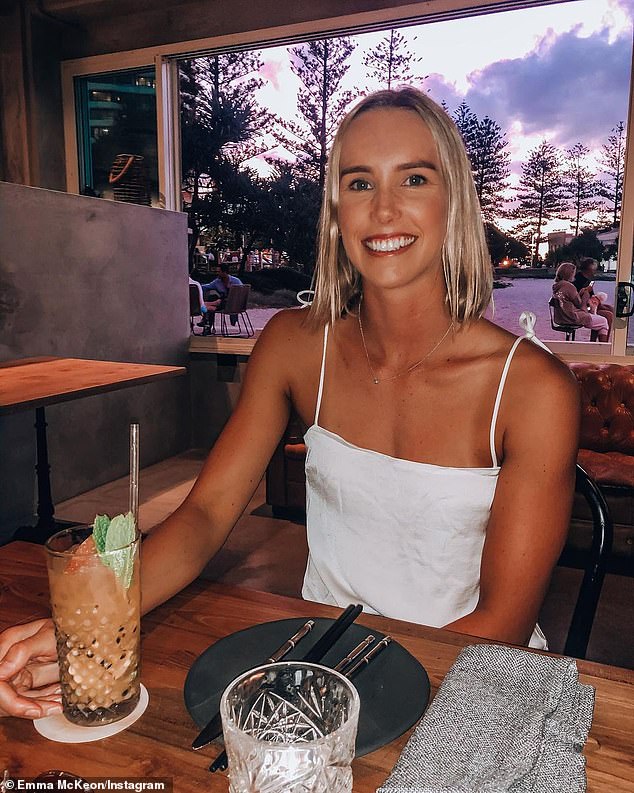 McKeon was previously romantically linked to Chalmers, with reports saying they were a couple up until late last year

Before Simpson’s race on Wednesday, Australian swimming head coach Rohan Taylor confirmed that he would make the Aussie team for the world championships if he finished third and made the qualifying time.

Simpson did just that, but it wasn’t enough.

‘It would’ve been disrespectful to say I was going to swim at the world championships.’

Asked if he thought of Simpson when he pondered competing in the event, Chalmers gave a flat no and said, ‘For me, swimming is a cut-throat sport.’

He added that he started out as a butterflyer and had always wanted to compete in the event, and ‘it’s unfortunate that it probably takes Cody’s spot away’.

The gold medallist has struggled with shoulder injuries and previously said he had ‘no expectations on making the Worlds team, especially in the butterfly’ as he tries to manage his workload and make sure he’s in top form for the 2024 Paris Olympics. 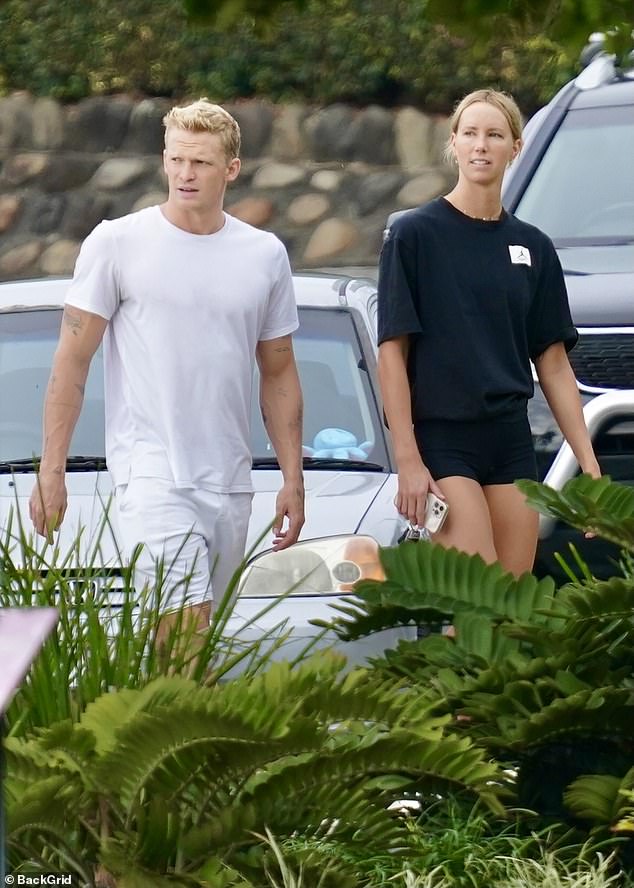 The popstar-turned athlete who is now dating pool queen Emma McKeon (pictured together), seemed all but certain of winning a place on Australia’s team in Hungary next month 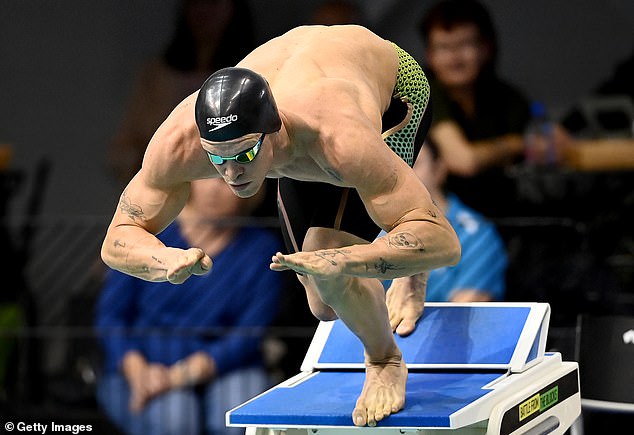 In September last year it was reported that Chalmers was going out with Aussie swimming sensation Emma McKeon, who won seven medals at the Tokyo Games.

But last Saturday the Daily Telegraph reported McKeon and Simpson are now an item, are ‘completely smitten’ and ‘moved in together in recent weeks’.

The pair are believed to travel to training together each morning and last week were spotted out having breakfast.

Simpson has been linked to a string of high-profile women over the years, including Miley Cyrus, Kylie Jenner, Gigi Hadid, Bella Thorne and Stella Hudgens.

It was revealed in January the pop star-turned-swimmer had split from Belgian-American model Marloes Stevens, 28.

His dedication to excelling in the pool had been taking priority over his personal life but with McKeon he can have the best of both worlds. 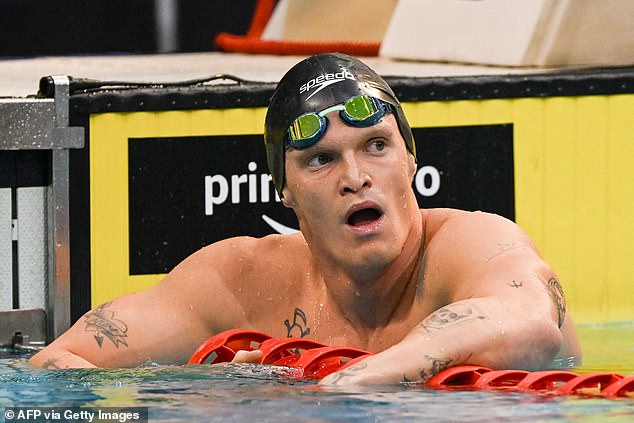 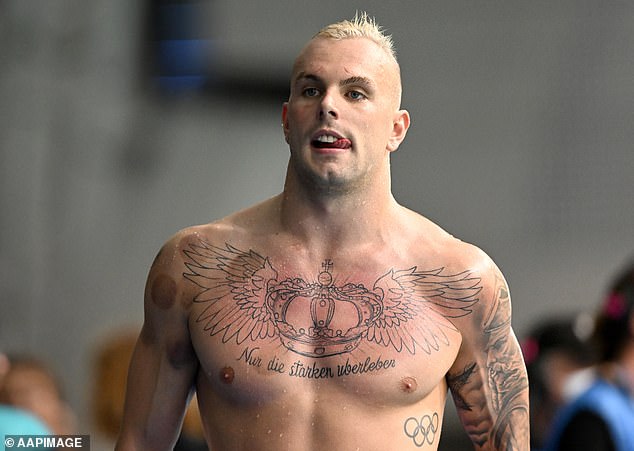 Chalmers said he ‘wouldn’t mind being a part of the team’ for the Worlds – which would knock Simpson out of the Aussie squad – because his injured shoulders are feeling good, but the trio’s romantic links are sure to give rise to speculation something else is motivating him

On Thursday night Chalmers also beat Simpson to take out the 50-metre butterfly final at the national championships.

Chalmers qualified fastest for the event with Simpson fifth fastest.

Last year the singer tried to make the Australian team for the Tokyo Olympics but missed out.

‘Cody is 100 per cent committed to the sport and the preparation it takes to get onto one of these national teams and represent Australia,’ Hackett said.

‘We’re going to see a Cody Simpson that is faster and more serious than last year, and more of a contender.

‘It’s now starting to get real for his competitors, that Cody is looking for medals this time around, not just finals.’